8 Reasons Newark and New Jersey Are Perfect For Amazon HQ2 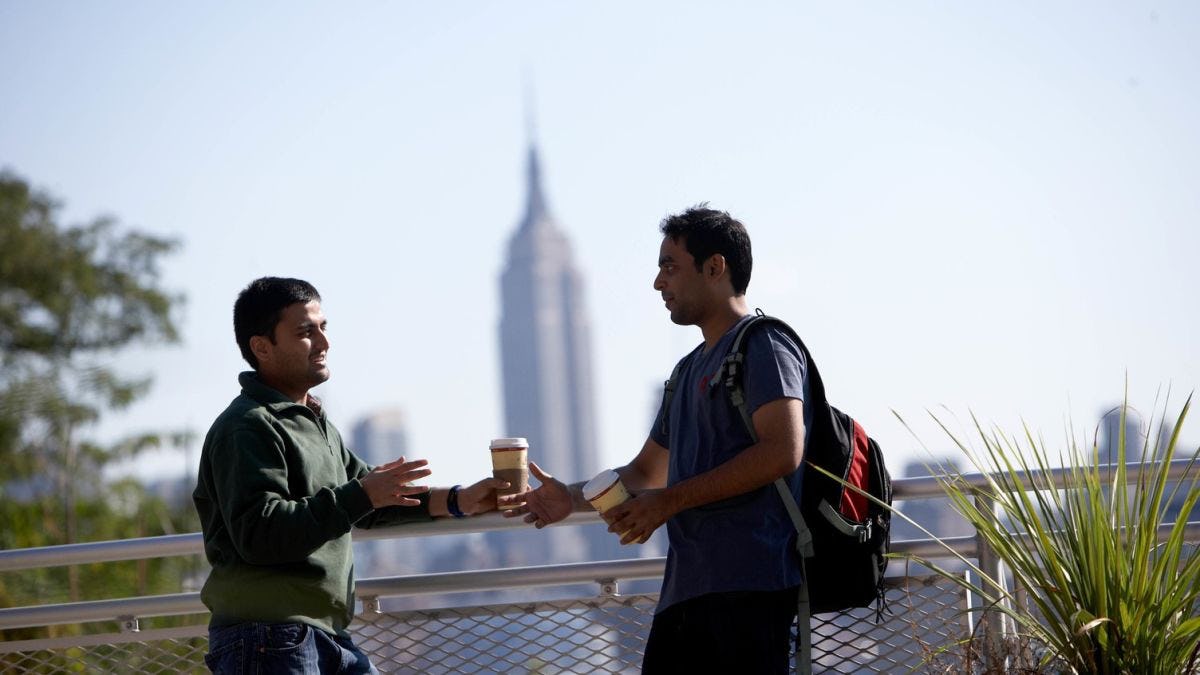 Transit, talent, culture, green tech and proximity to the Big Apple all tip the scales in favor of the Garden State as Amazon moves toward final decision

Amazon's recent announcement that its search for a second national headquarters facility ("HQ2") had narrowed to about 20 U.S. metro regions was exciting news for New Jersey: the state's largest city, Newark, landed on the exclusive list.

Stocked with culture, infrastructure and young talent, Newark is among the strongest contenders for HQ2. Here's why:

Amazon has already made it clear that direct access to strong public transit will factor significantly into its final decision about where to site HQ2.

Fortunately, Newark is situated in the most public transportation-intensive metro area on the Eastern Seaboard. You can reach Newark from the Big Apple, Jersey City and Hoboken via Amtrak, a half-dozen NJ TRANSIT commuter train lines, two PATH train lines running beneath the Hudson River and a surprising number of ferries. Getting around won't be a problem.

To protect this infrastructure, Stevens Institute of Technology works with both NJ TRANSIT and the Port Authority of NY/NJ, which oversees ferries, bridges, tunnels and container ports, to ensure natural disasters such as hurricanes and floods don't derail the commute. That same resilience research helps companies like Amazon maintain business operations continuity, too.

The university has already anticipated self-driving cars, as well, with eye-opening research on transportation planning for autonomous vehicle traffic and studies revealing how they will affect the nation's auto insurance premiums. 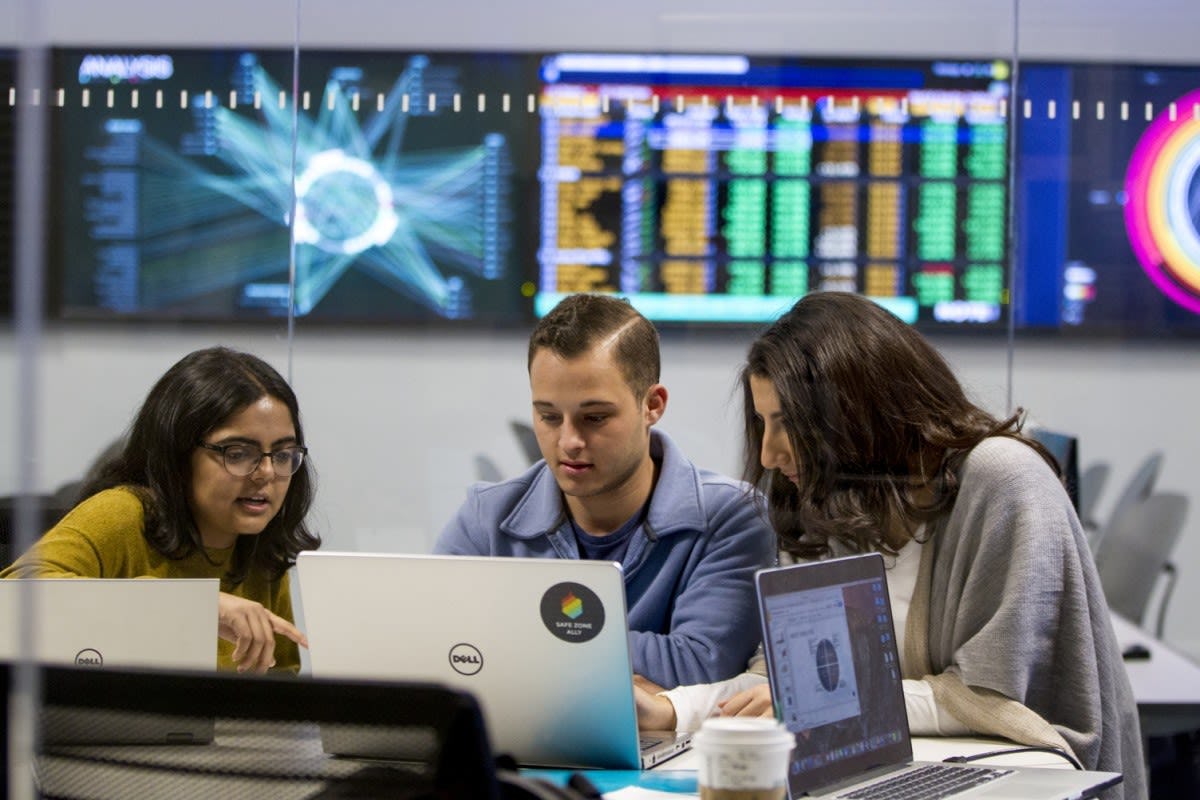 And Stevens has it.

Just 18 minutes by train from Newark, Stevens offers the nation's oldest undergraduate degree program in cybersecurity and a business school that boasts 100 percent placement annually for many degree programs.

It's little wonder that, over the past three years, Amazon is one of the top employment destinations of Stevens graduates.

How will HQ2'ers rise through the ranks? By obtaining continuing education in strategic areas like analytics and management. Once again, Amazon is in luck: Stevens was just ranked the nation's #11 online IT program for grad students by U.S. News & World Report, and currently offers more than 125 online courses including 17 master's degrees and 50 graduate certificates. 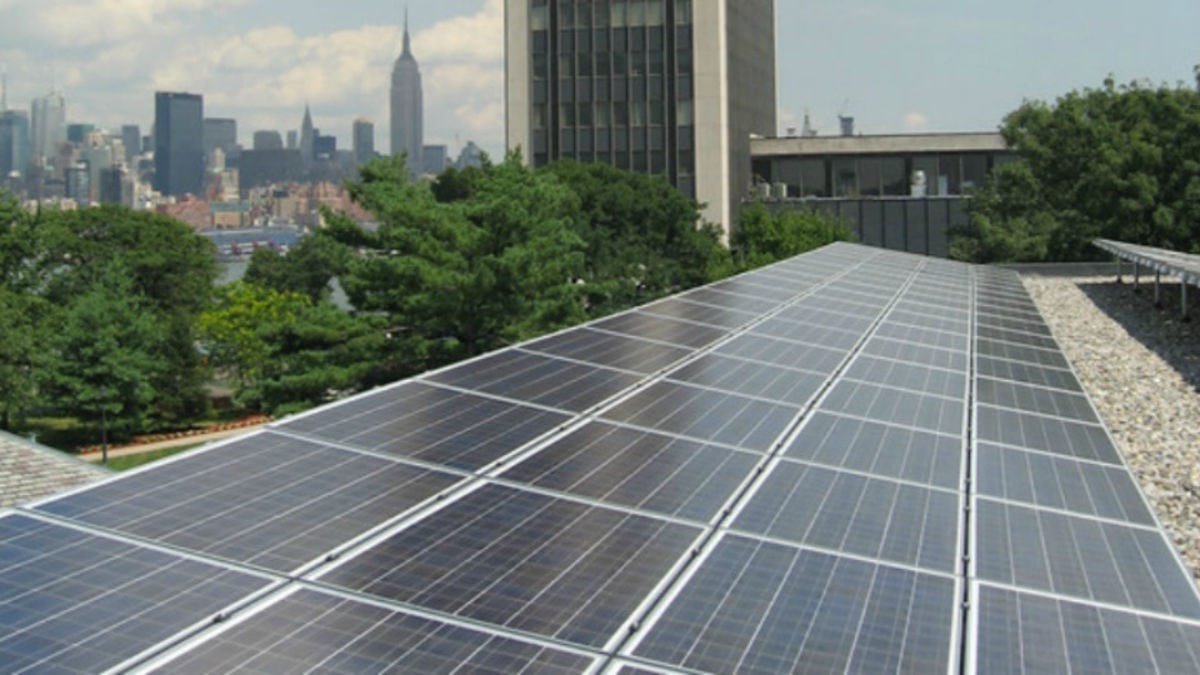 One assumes Amazon CEO Jeff Bezos will build a new campus from scratch. Either way — during the building or retrofitting of HQ2 — his teams will likely seek to build in high energy efficiency, reduce greenhouse gases and treat waste products safely.

The official policy for Amazon's powerhouse Amazon Web Services, after all, is "a long-term commitment to achieve 100% renewable energy usage for our global infrastructure footprint." The company has also publicized a goal of hosting solar energy systems at 50 of its fulfillment facilities by 2020.

Stevens stands ready to help: the university has already demonstrated a net-zero-energy solar structure (1st prize in the Department of Energy's Solar Decathlon) that can withstand hurricanes. The university's faculty also includes the world's leading expert on green roofs, an exciting urban technology that unobtrusively absorbs, treats and channels heavy rain and meltwater. And Stevens also has a long track record of helping the government make military bases safer, cleaner and greener. 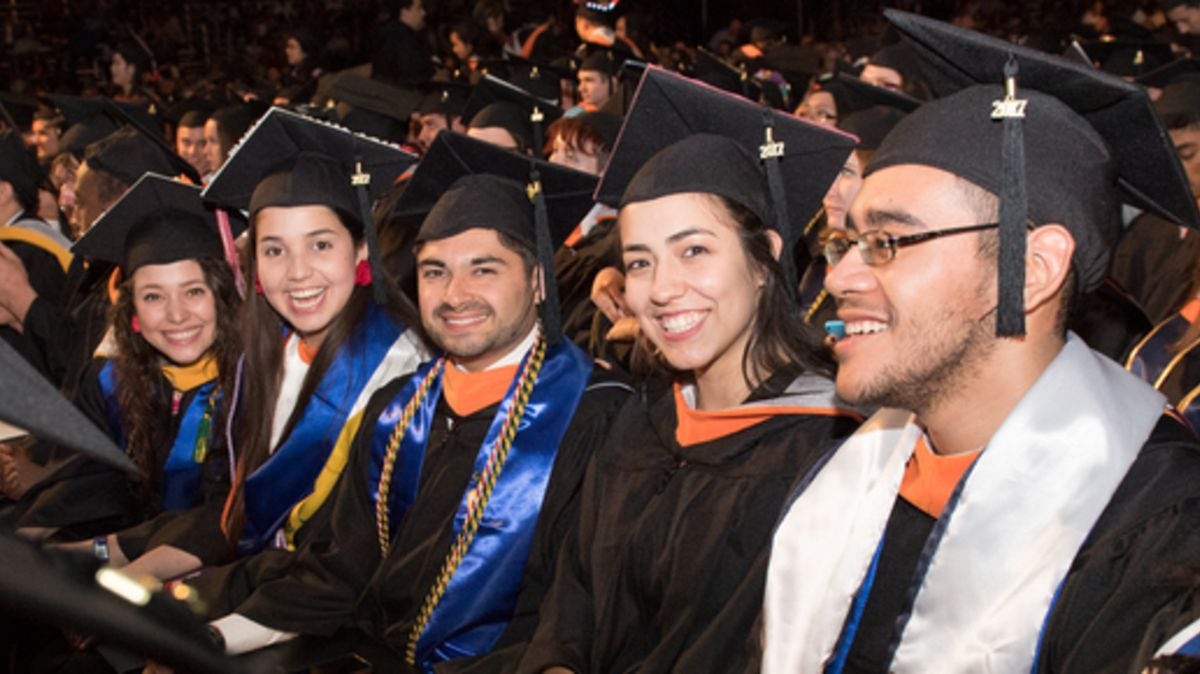 One of Amazon's core principles is the cultivation of increasing diversity in tech. Its in-house programs include an Amazon Women in Engineering (AWE) group, a Women in Finance Initiative and a Black Employee Network.

In the Newark-NYC corridor, Wallethub currently ranks New York the most diverse city in the nation, with Jersey City a close #2.

Stevens is also committed to diversity: the university recently launched ACES, a program specifically designed to encourage underserved high school students and neighborhoods in the region to pursue science and technology careers. The new Clark Scholars Program will support the same objective, bringing increasingly diverse classes of undergraduates to Stevens, while STEP (the Stevens Technical Enrichment Program) has long delivered opportunity and access to STEM education. We also offer one of the nation's leading lecture series by women in technology leadership. 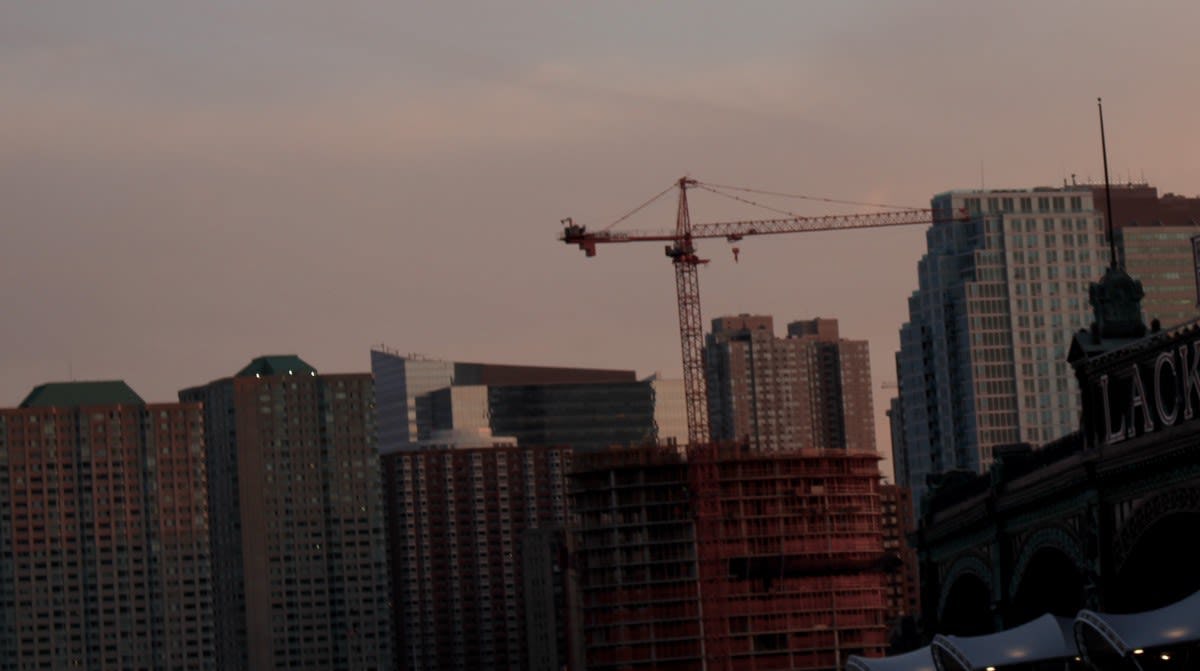 When Amazon opens HQ2, a massive influx of personnel will need places to live. Check that box: new construction is booming off the charts in Newark, Hoboken and Jersey City (where 15,000 new units are being built), while nearby NYC is home to somewhere north of 3 million apartment units.

That's a ton of projects to complete on time and within budget. And Stevens will be assisting in that effort: the university offers one of the top five construction management programs in the nation, according to CollegeChoice — ahead of Arizona State, BYU and LSU — directed by a former Olympic Games Construction Manager. Our alumni also helped rebuild Lower Manhattan after 9/11.

Managers and reps need to travel. Products and equipment need to move.

And Newark fills the bill as a distribution and travel hub.

It's home to three of the nation's 20 busiest airports: Newark Liberty, right in its backyard, and two more (JFK and LaGuardia) less than an hour's drive away. New York and New Jersey also boast the third-largest deepwater port in the U.S., with two container ports in Newark and three more nearby (in Jersey City, on Staten Island and in Brooklyn's Red Hook).

To keep area ports operating and safe, Stevens' Maritime Security Center has been awarded a National Science Foundation grant to develop more robust cybersecurity at the nation's ports. It's the latest in a long line of collaborations with defense, homeland security and other government agencies. Student engineering teams have won national prizes and praise for airport design and redesign, too. 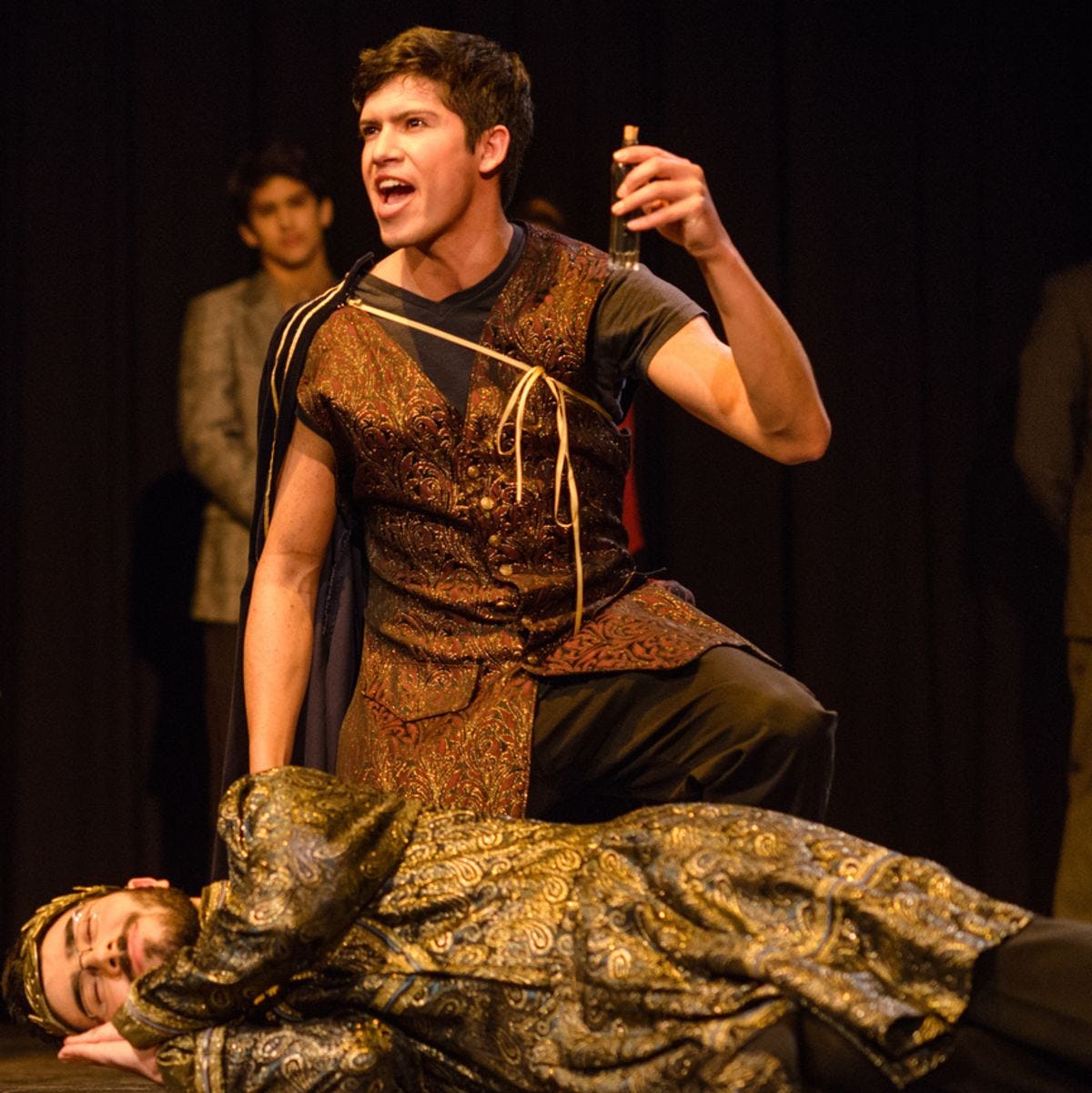 Check out these statistics:

The university's OnStage at Stevens series brings a wealth of music, theater, dance, literature and other entertainment to the regional community.

And Newark is just minutes from Broadway, MoMA, the Frick, the Met, the Met (the other one) and Radio City.

A Stevens graduate invented Bubble Wrap, without which Free Shipping would be a whole lot less fun.

Come on: you know you pop the bubbles after you open the package. We do, too.

And Bubble Wrap is just one of hundreds of patented technologies entrepreneurial-minded Stevens faculty and alumni have created over the years. (The Stevens Venture Center offers a new way of transforming ideas and startups to ventures, products and services.)

After all, we've been doing this since 1870. Innovation is in our DNA. 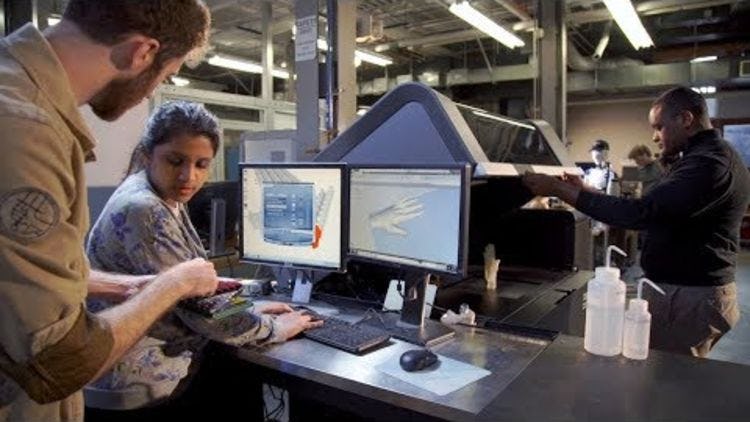 For more great reasons why Stevens and industry are perfect for each other, visit stevens.edu.