How the Stevens "Living Laboratory" Will Revolutionize Urban Stormwater Management 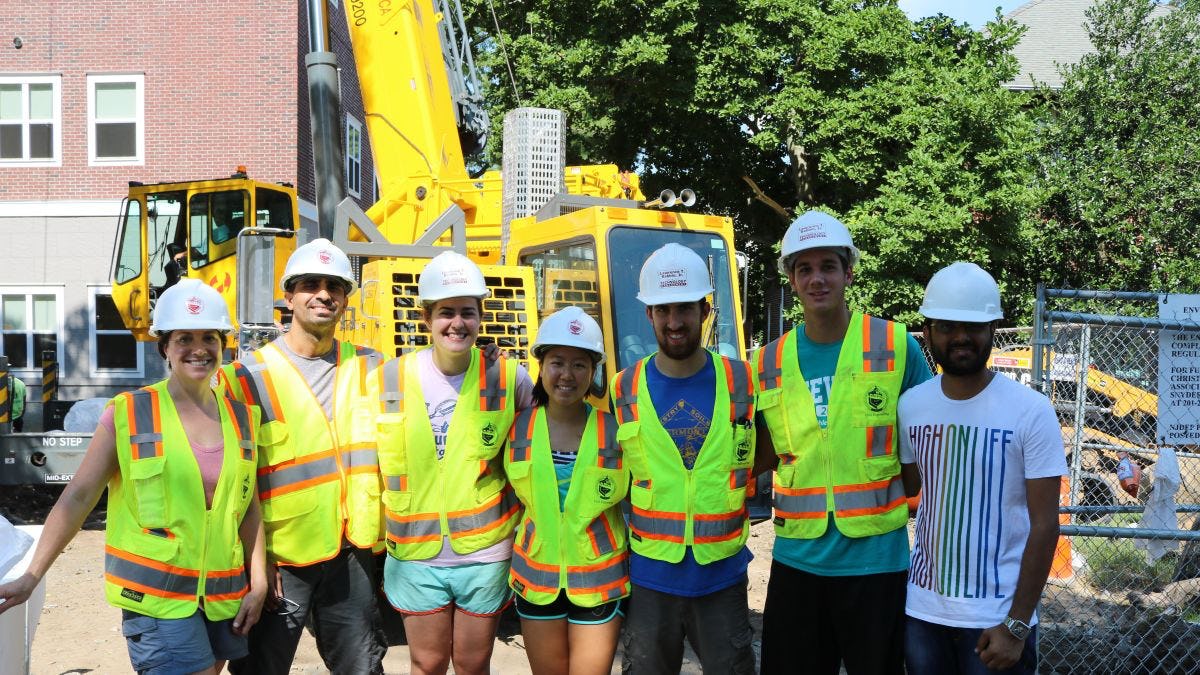 Stevens has its very first Living Laboratory—thanks to Elizabeth Fassman-Beck.

Fassman-Beck is a professor at Stevens Institute of Technology. An associate professor in the Department of Civil, Environmental and Ocean Engineering, Fassman-Beck teaches engineering hydrology and stormwater management. She is also one of the world's leading experts on green roofs, and has co-authored a book about entitled living roofs in integrated urban water systems. Her research at Stevens focuses on urban stormwater management.

The Living Laboratory is her latest project. The Living Laboratory is a research site located in the newly constructed North building. Studying hydrology and water quality performance in green infrastructure systems, the lab—dubbed the “Living Laboratory” by Fassman-Beck’s students—hosts a rain garden, multiple bioretention planters and multiple green roof setups in order to create different forms of urban bioretention solutions. Bioretention is the process in which contaminants are removed from stormwater runoff. Bioretention is also really effective at reducing quantity, and both are big problems for many cities across the country and around the world.

It’s a particularly big problem for Hoboken New Jersey, where Stevens is located.

Between its location on the Hudson River’s floodplain and being only three feet above sea level at its lowest point, Hoboken floods easily and often. That leads to numerous problems with contaminants, as Fassman-Beck explains:

When it rains, runoff goes into same sewer that holds waste. The sewer pipe doesn’t have the capacity to carry all of it to the treatment plant, so some runoff flow bypasses the treatment plant and discharges untreated runoff directly into the Hudson River. When those water treatment systems were originally conceived, no one imagined there would be such a huge population build up as there is now.

Hoboken needs water management solutions that work in a highly developed urban location. That means, “putting small small scale water retention systems everywhere” according to Fassman-Beck. “We can’t take up a parking space to build a rain garden. Instead, we want to optimize bioretention planter design to have meaningful impact. We want to know how small is too small for one of these systems, and figure out the potential for widespread implementation here in Hoboken.”

That local application is key to the Living Lab, as Fassman-Beck and her students are working with multiple entities to find green infrastructure solutions to the runoff problem. “We see green infrastructure technologies as superior, cost-effective ways to keep rainwater out of the sewer as opposed to building bigger treatment plants and sewer systems,” Fassman-Beck explains.

“Green infrastructure systems prevent runoff from getting into sewers in the first place, and that keeps them from overflowing once they’ve hit capacity.” 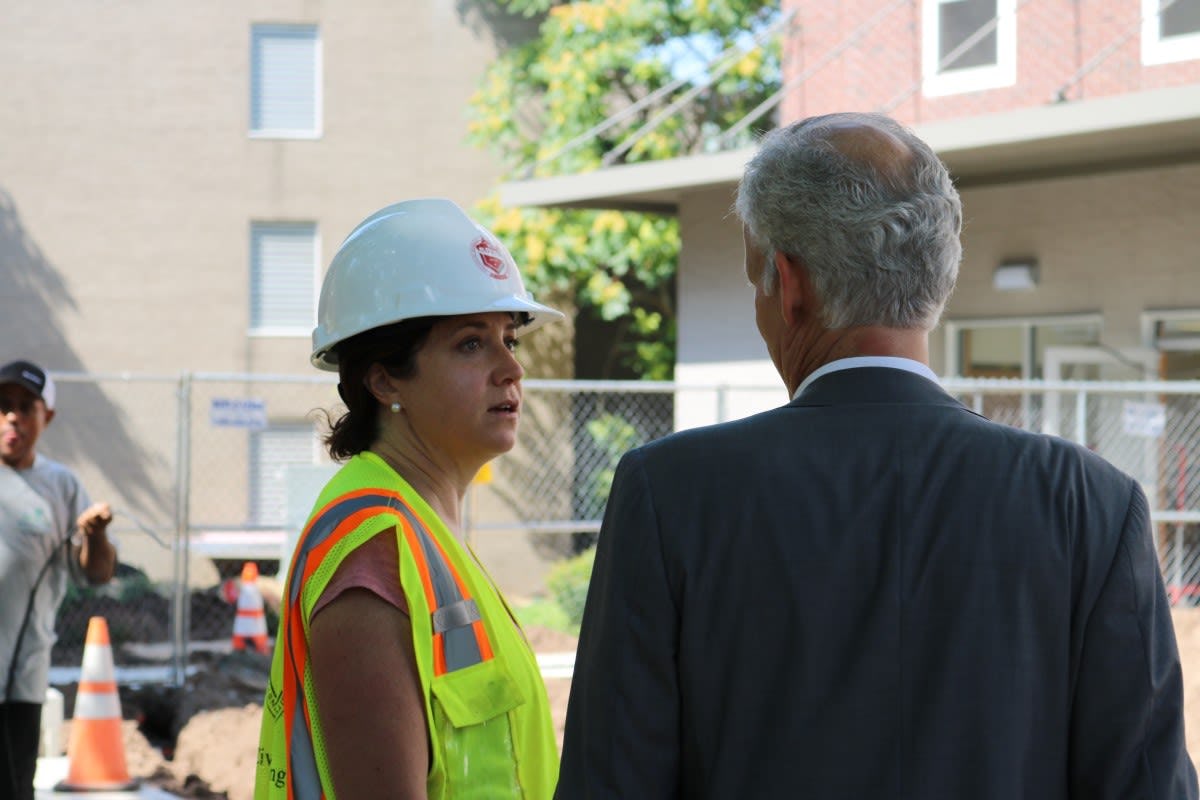 In order to learn which systems will work best, Fassman-Beck not only has to run experiments; she has to get usable results. Getting those results outside of a lab environment requires meticulous planning, as she explains:

When you work in a lab you have a control, which is one setup where you know the answer. That’s your standard that is definitively correct and you measure everything else against it. When you work in the field, you have almost no control over anything. Having multiple setups that are the same allows us to repeat each experiment in the field. When you’re doing it under field conditions, because it never rains the same way twice, having two systems that are exactly the same, being subject to the same rainfall, is how you address that. That’s how you address validity, and create statistically valid experiments.

To that end, all of the experiments in the Living Laboratory are duplicated in order to validate their results. That sort of setup is “really unusual,” as Fassman-Beck acknowledges. “Most of the time when you’re building a field setup, you don't have the money or the space or the resources to build two or three of the same thing… but we are doing that. We are building the Living Laboratory in a manner that enables field scale research that’s subject to highly variable natural conditions, but gives us scientifically valid results because we’ve built the statistics behind it in the experimental design.”

When dealing with stormwater runoff, a bioretention system needs to be able to manage the quantity of water, the speed of the water and the contaminants polluting it. The cornerstone of that systems is figuring out the right mix of materials to control the volume of water. “From an engineering standpoint, the most important design element is how you make the growing media,” Fassman-Beck says. “We don’t use top soil. We use very specific mixes of different materials in what's called an 'engineered media.' What that mix is, is what this research is about.”

In order to do that, there are 20 duplicated green roof setups in the Living Laboratory. They are all designed to prevent runoff from a rooftop, and to do that they combine different recipes for lightweight growing media. The growing media weighs as little as possible to allow for as much water retention as possible. "We’re also very interested in what is the quality of the water that discharges from these different mixes," Fassman-Beck says. Some of the basic components of the media include pumice, expanded clay and compost, while various other materials are added to see how they influence water quality. The right mix of growing medium “is the key to controlling stormwater,” Fassman-Beck explains. “We’re able to test lots of blends.” 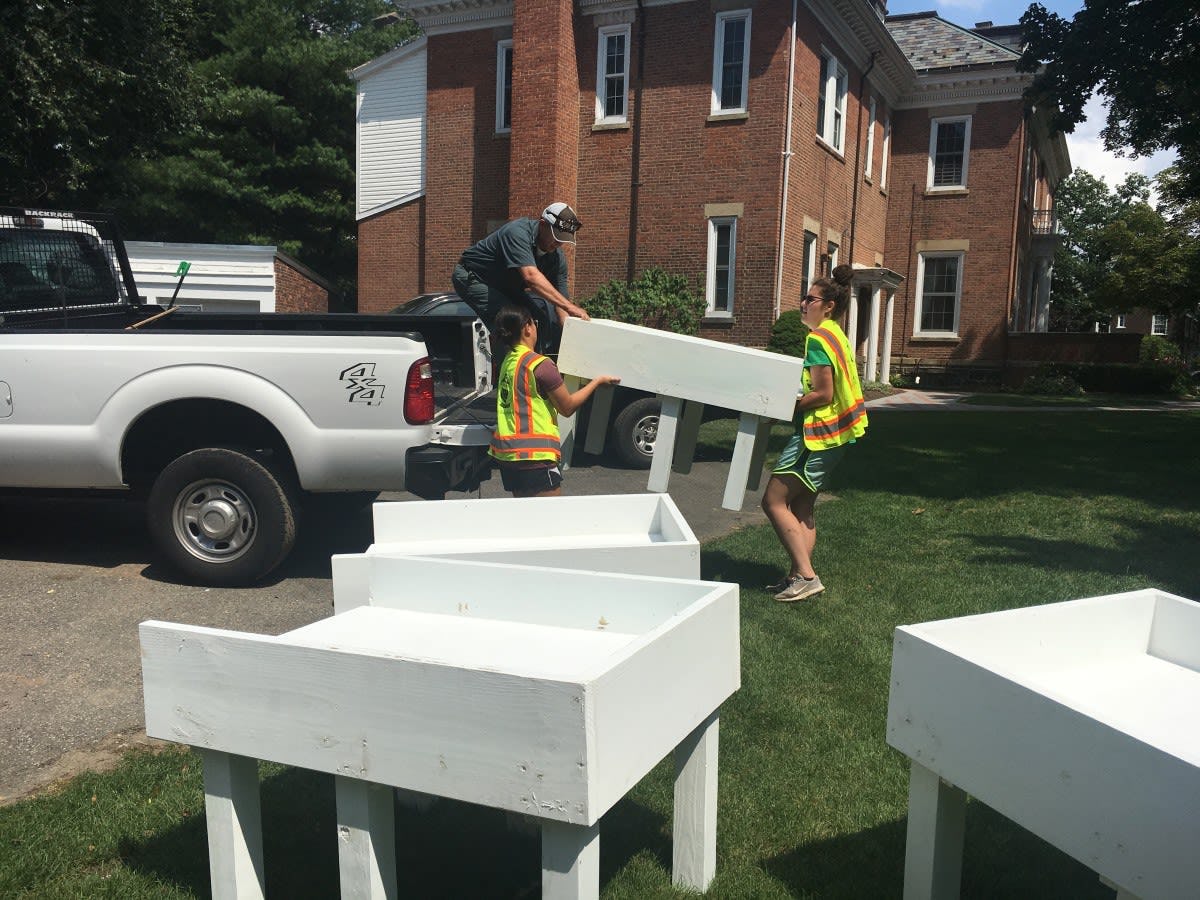 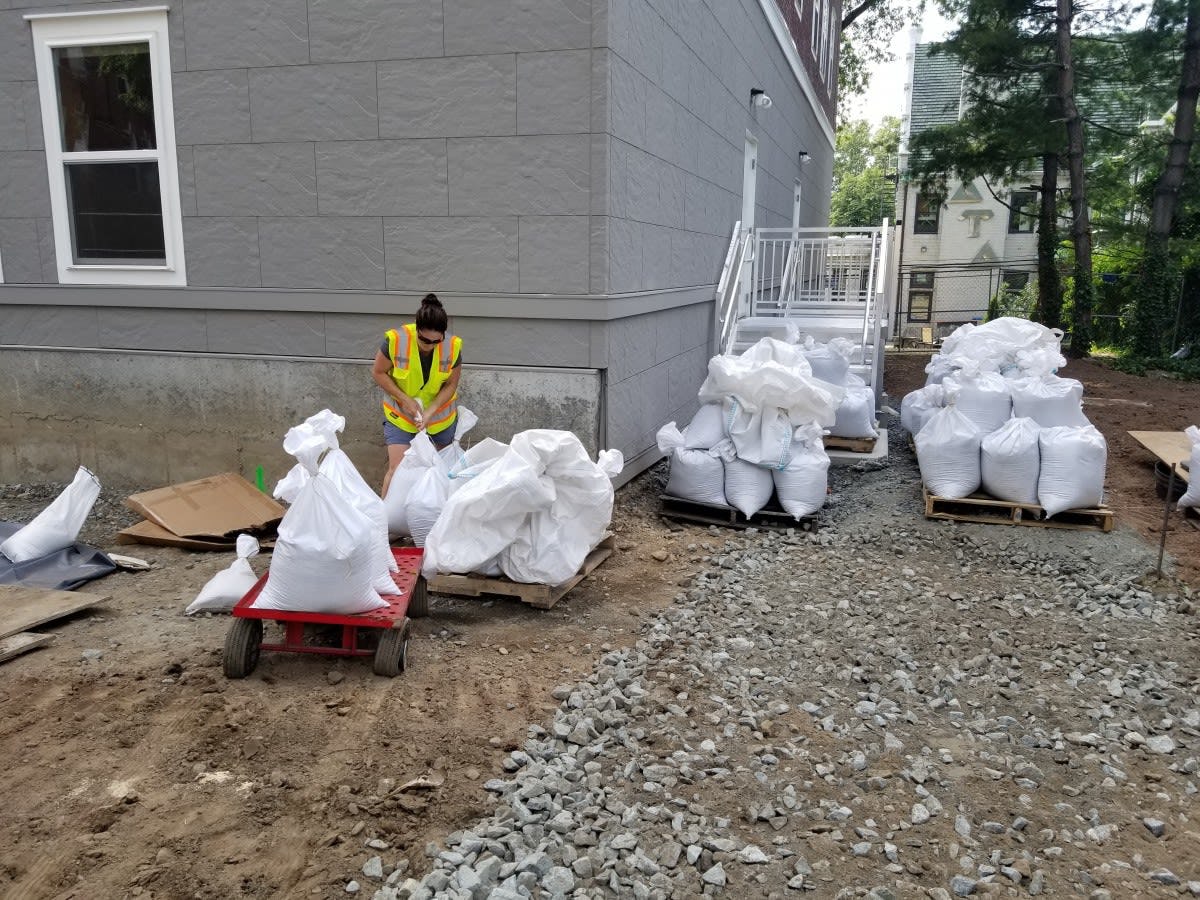 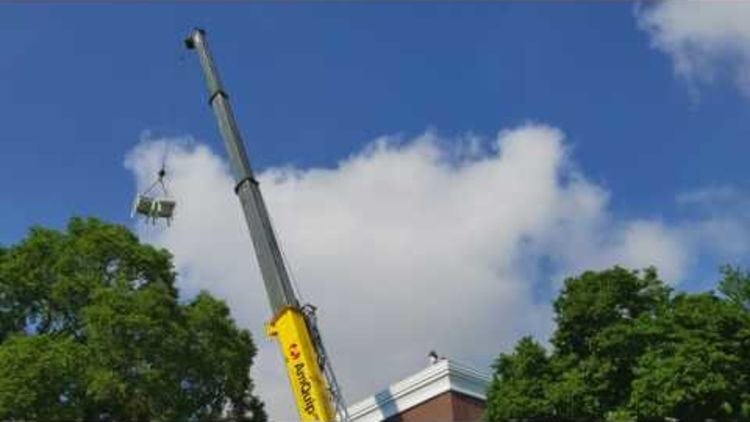 A crane lifting green roof trays onto the roof. 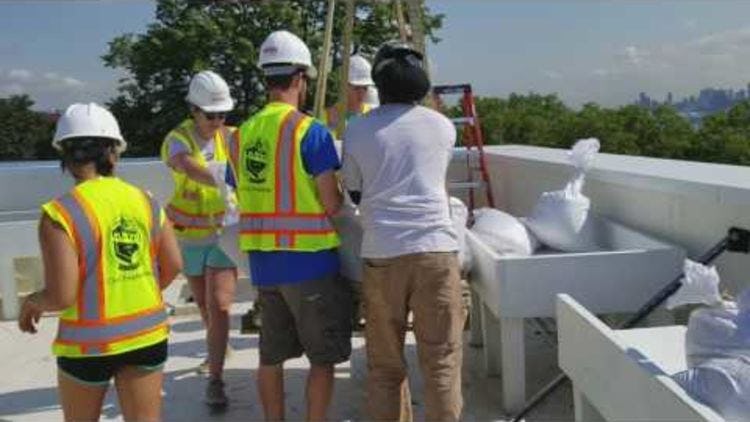 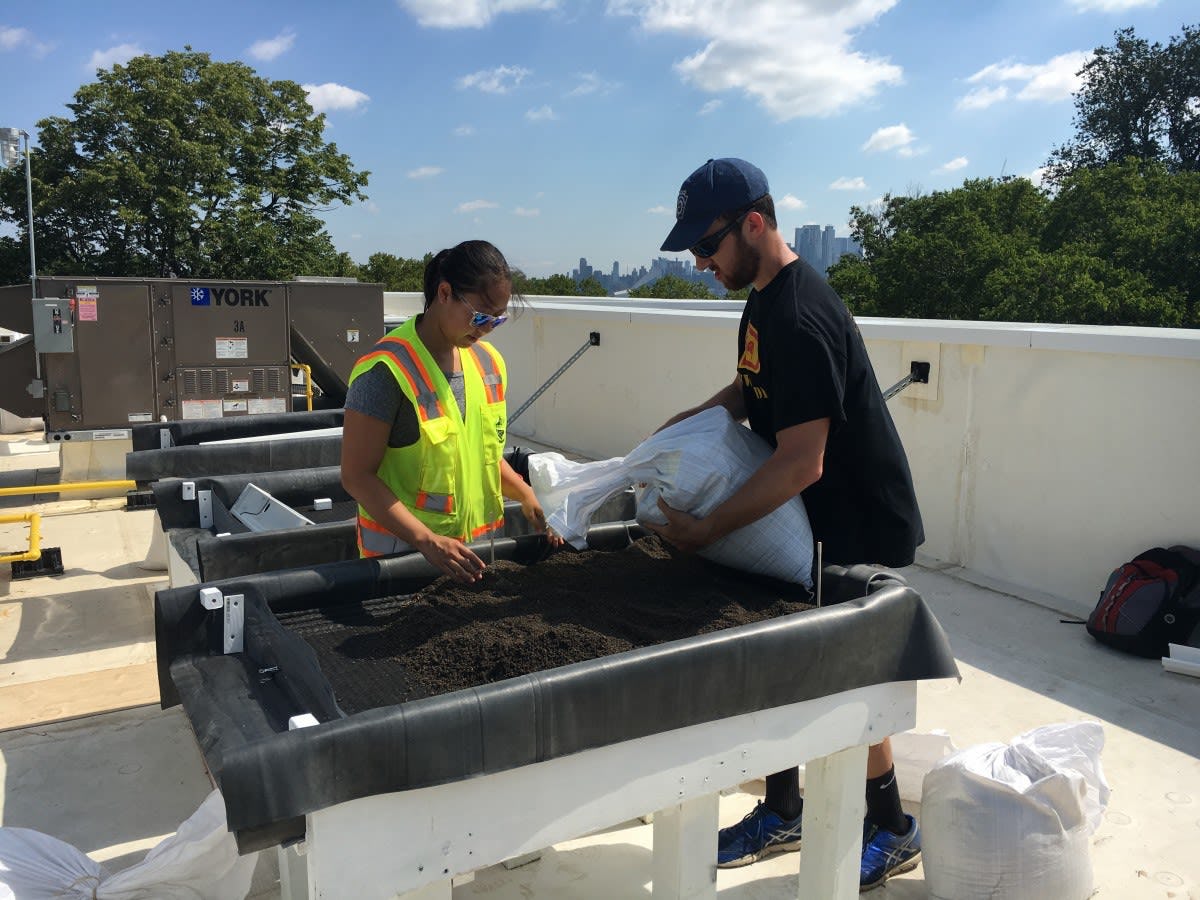 The front of the building houses the rain garden. The rain garden treats ground-level runoff from a nearby parking lot and lawn. A similar rain garden setup is duplicated at the ABS Engineering Center, and will be duplicated at another location on campus later this fall to determine statistical validity. 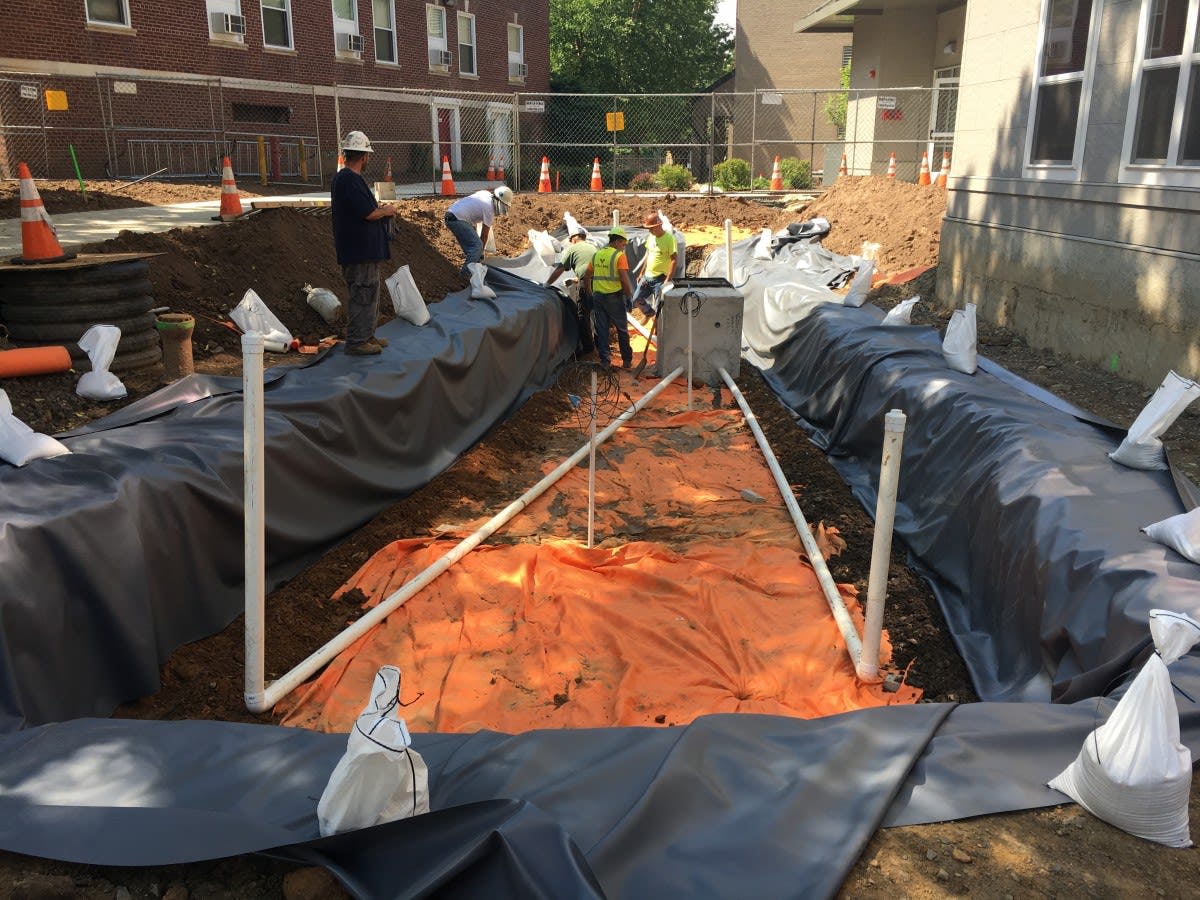 The rain garden under construction. 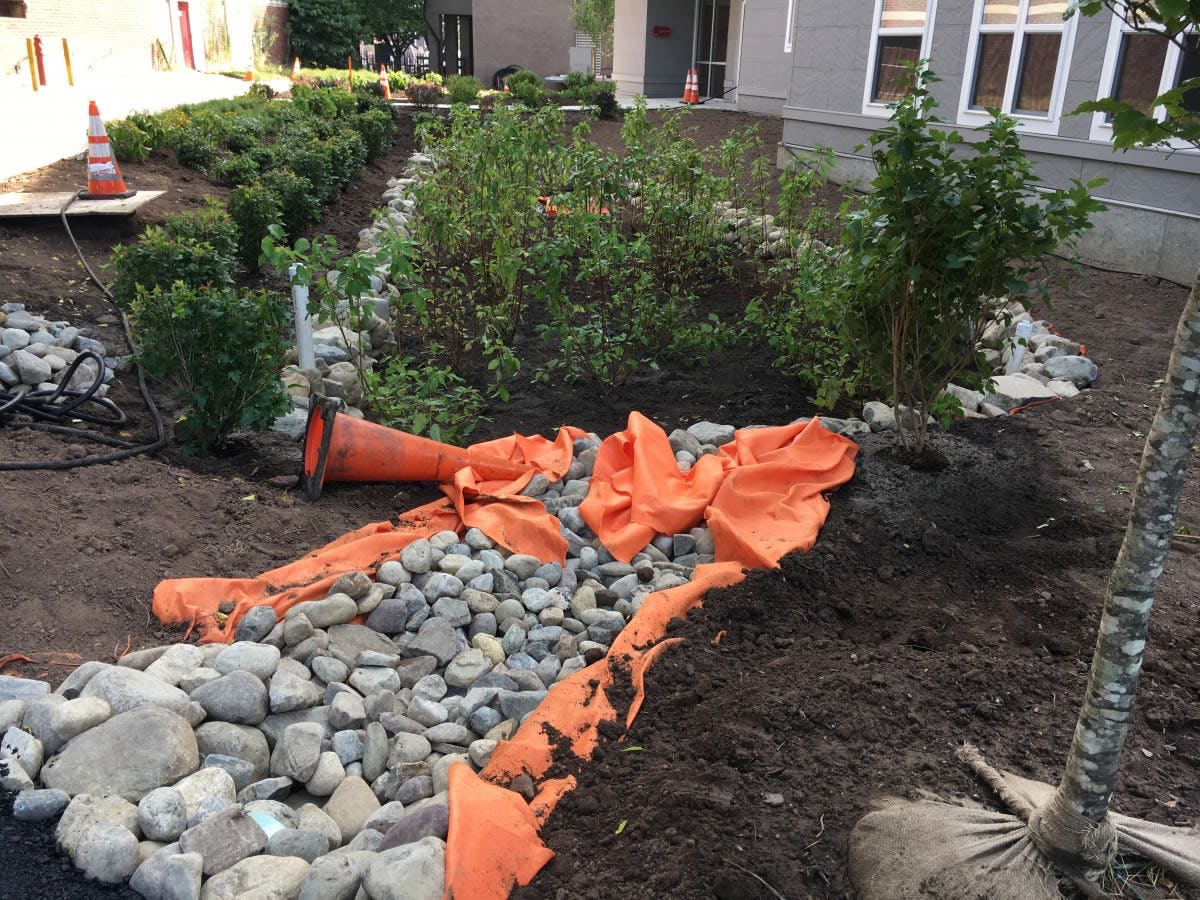 The rain garden with plants.

There are also four bioretention planters at the back of the building for rainwater to drain into. These planters serve a similar function as a rain garden, but capture roof runoff. They are two duplicated systems with a total of 15 sensors in each planter. Fassman-Beck and her students will be able to use all of those sensors to test the direction of drainage. Her undergraduate students are even working on a system to measure downspout flow, which is really hard. The lab is working directly with the United States Environmental Protection Agency on this particular project, so their expectations are high. “They’re reasonably new as a system to control storm water,” Fassman-Beck says. “There’s been very little testing for this kind of setup.” 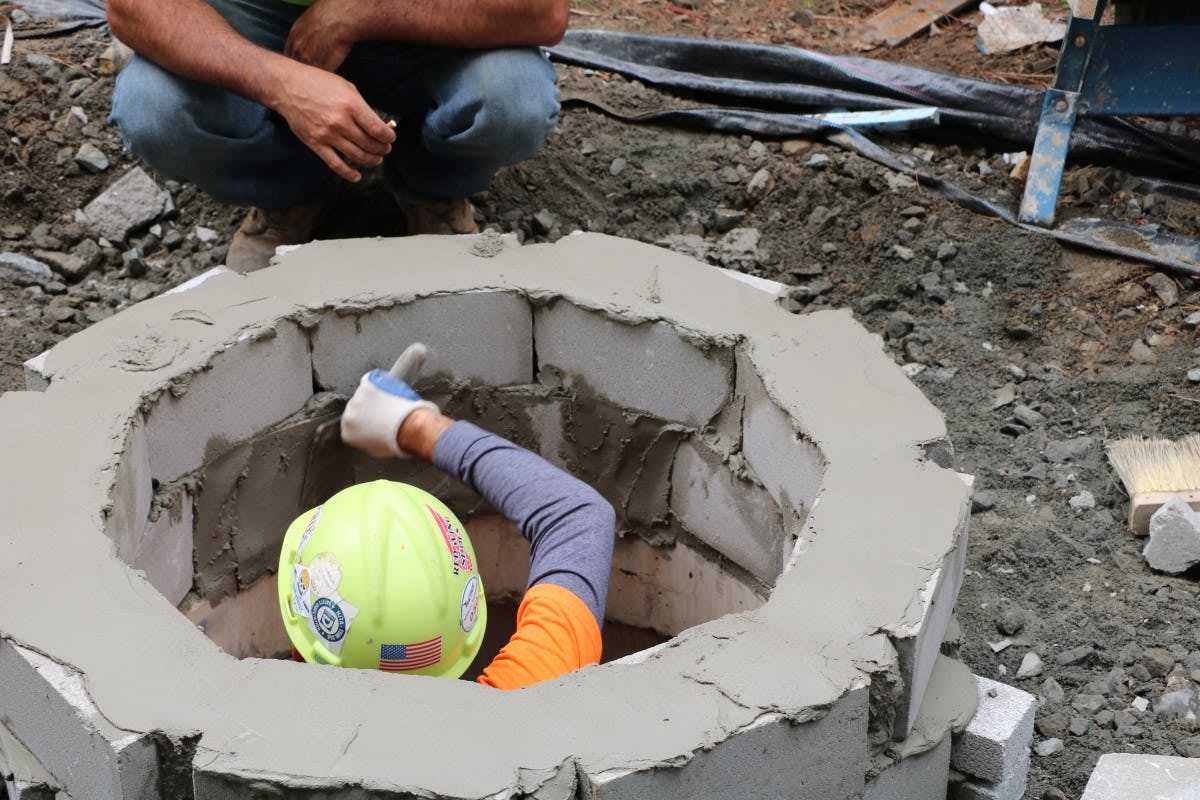 A construction finishes a drainage pipe for the planters. 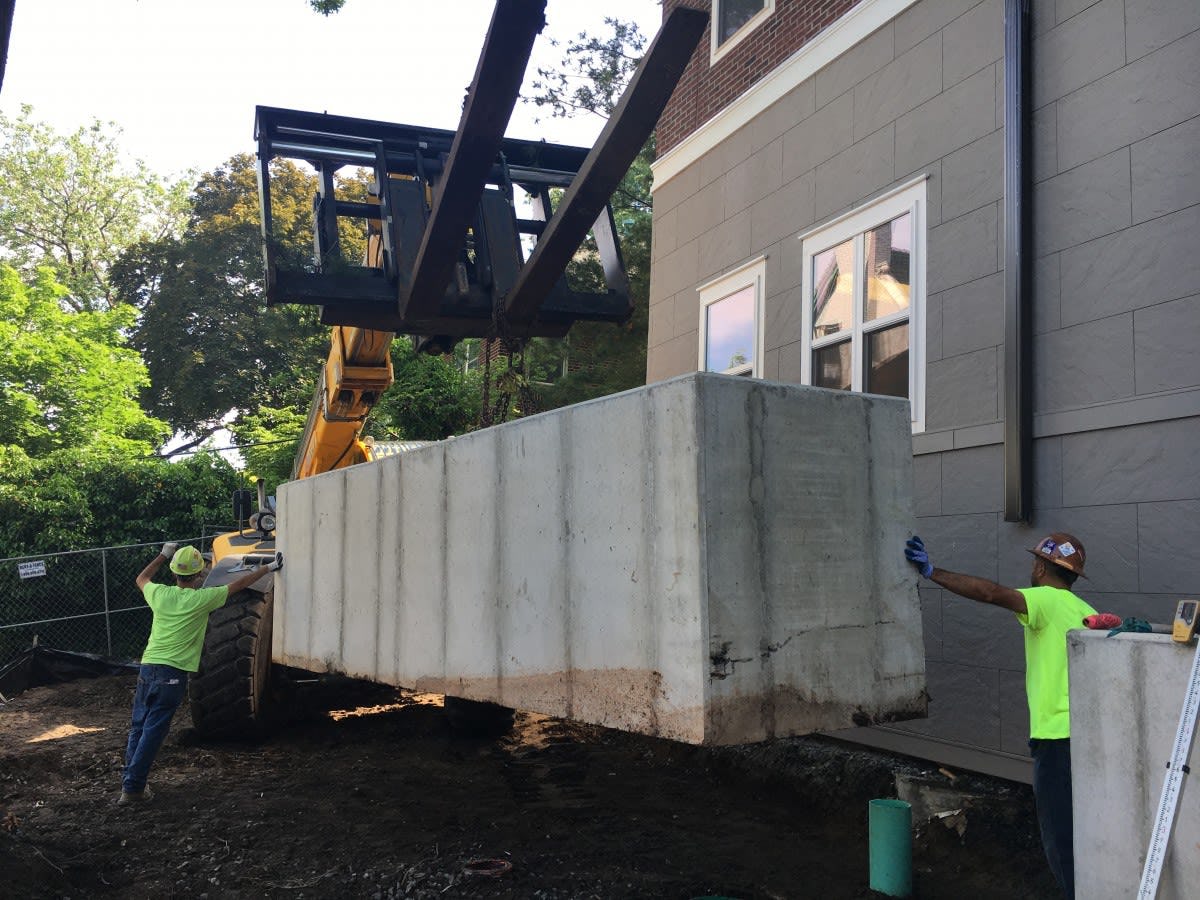 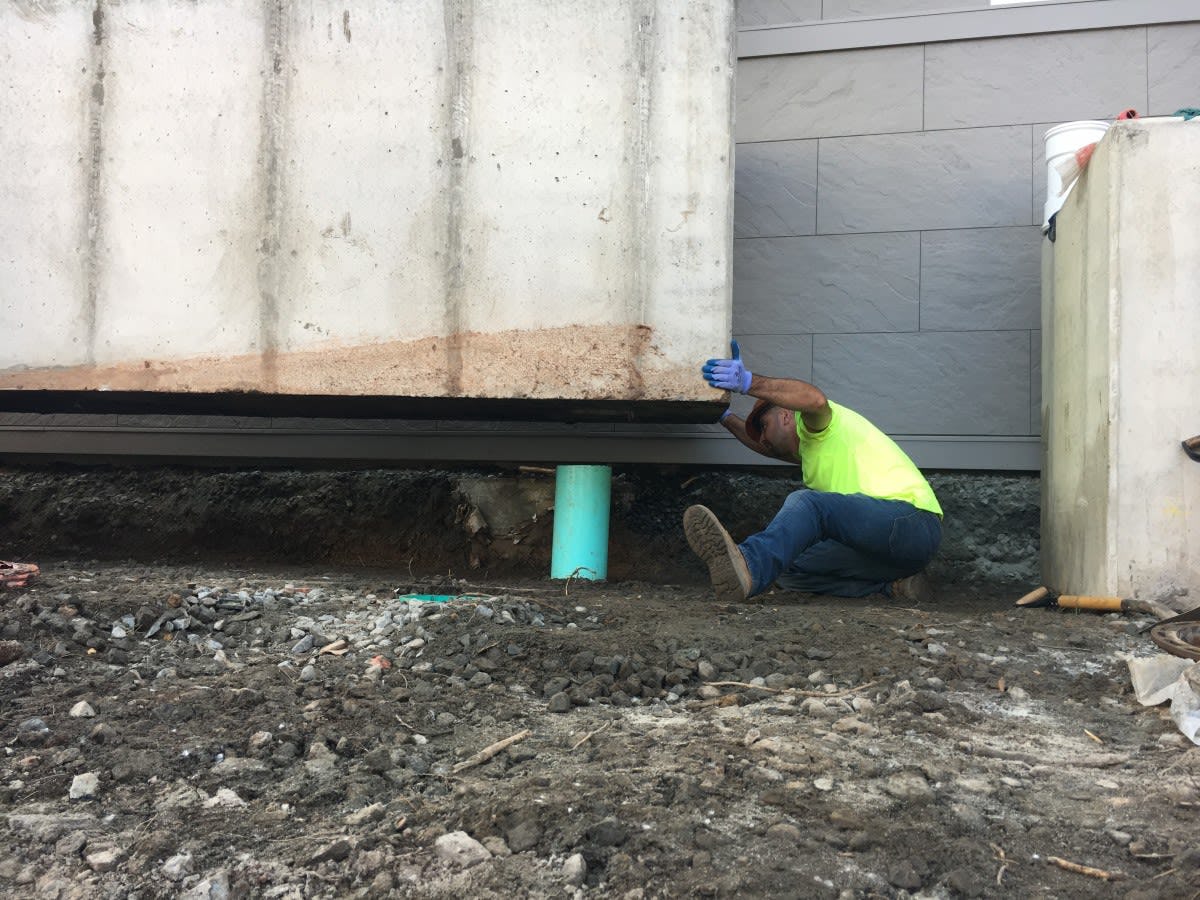 A construction worker carefully lines up a planter. 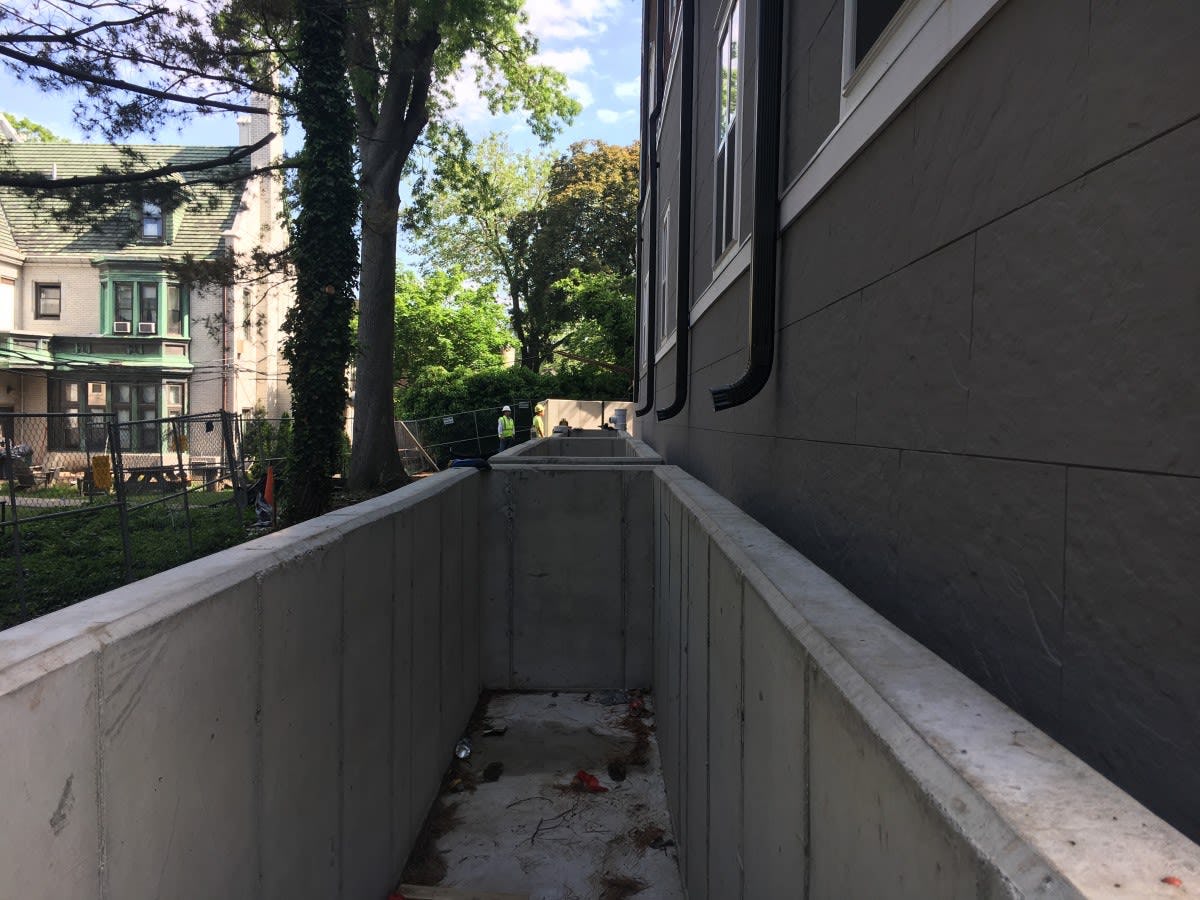 The planters lined up against the back of the Living Laboratory. 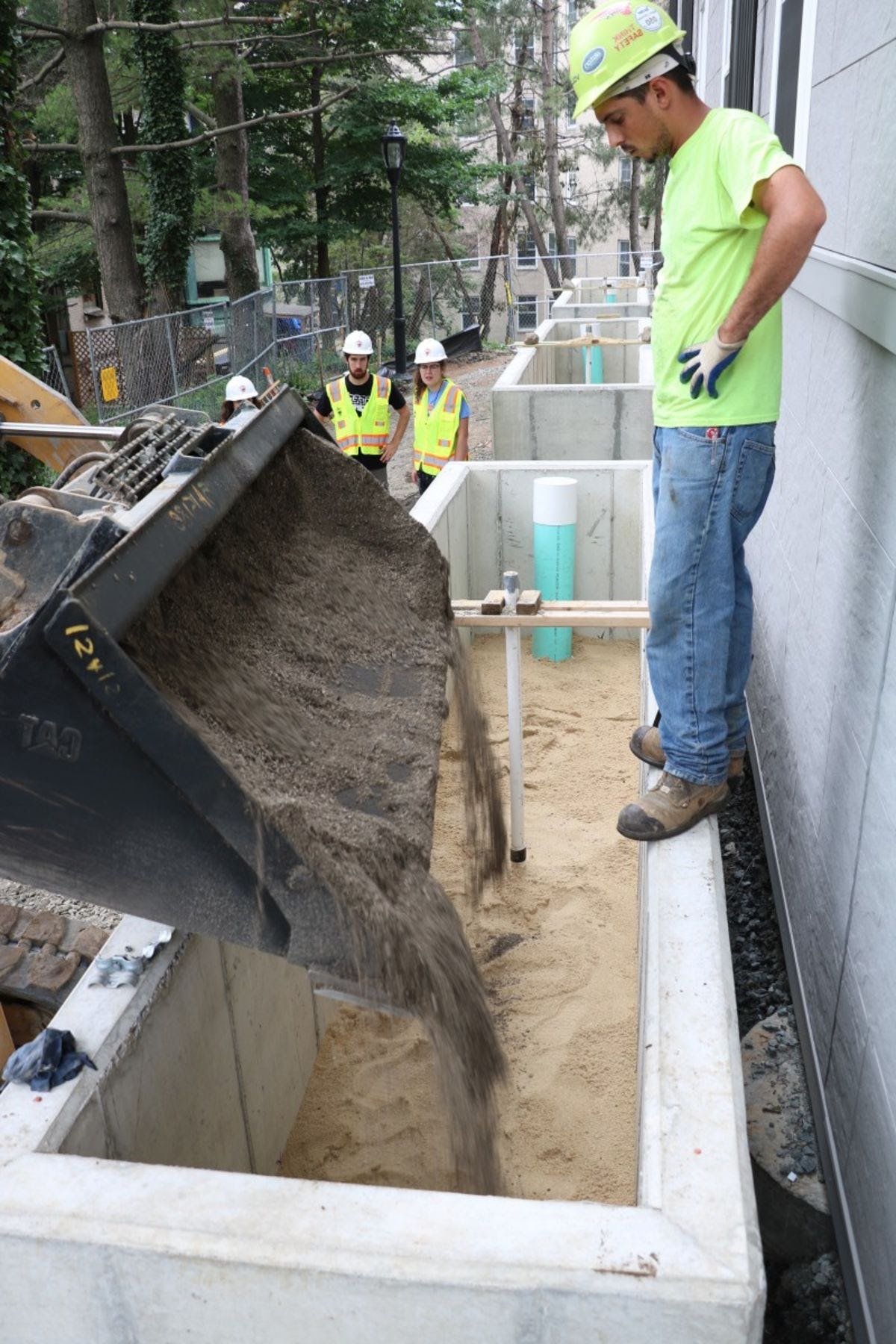 A construction worker and students oversee filling the planter.

Right now, Fassman-Beck and her team is waiting to hear back on several grant proposals. But the good news is that the building is complete. The water retention systems are all installed—and given that they’re three separate complex projects installed simultaneously, it’s a big deal. “We’ve been working day and night all summer to get this building the way we want it,” Fassman-Beck says. “It’s a novelty to have multiple designs tested at the same time. Research setups with real-world inputs being tested side by side are hard to find. But by allowing me to do that, Stevens is really enabling innovation in green infrastructure research.”

“I’m here at Stevens because of the potential to change that for Hoboken,” she says, “really all of North Jersey.” 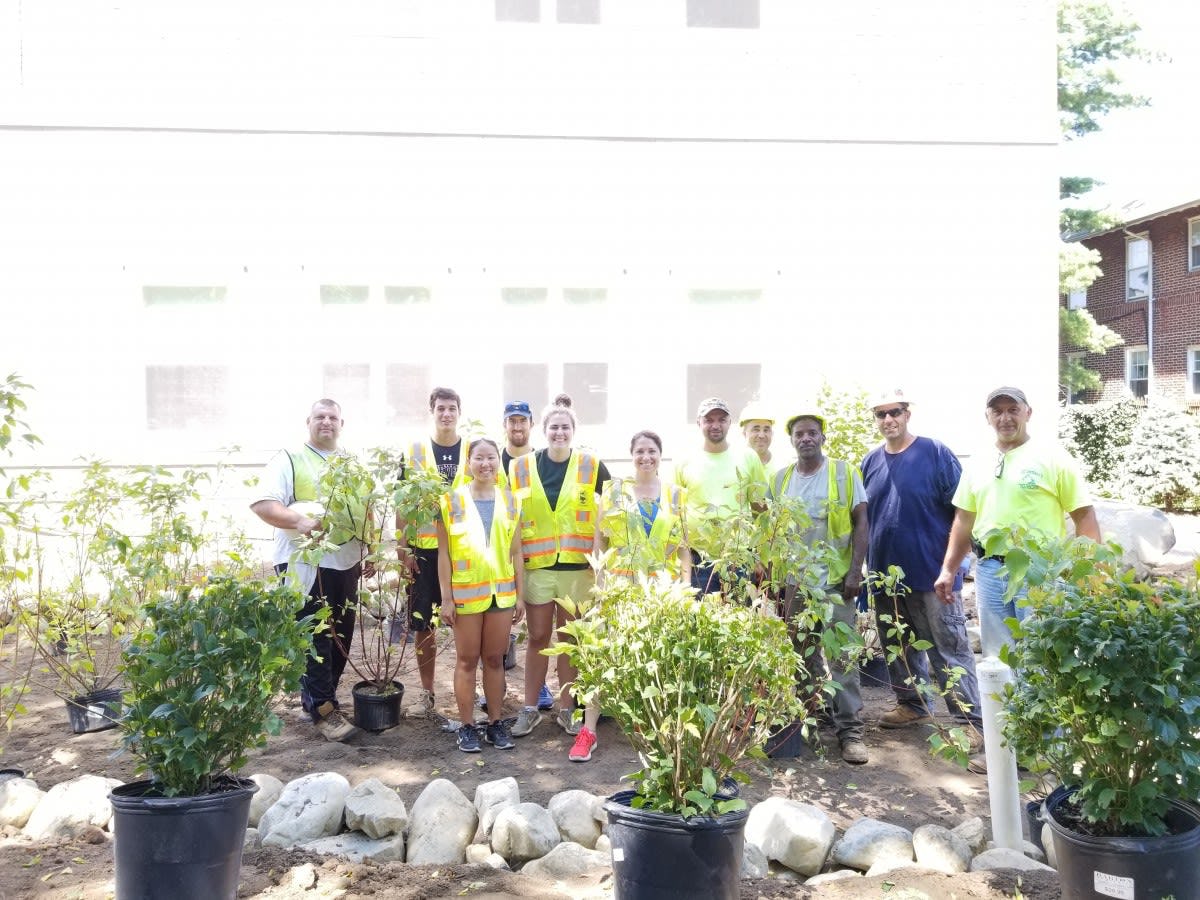 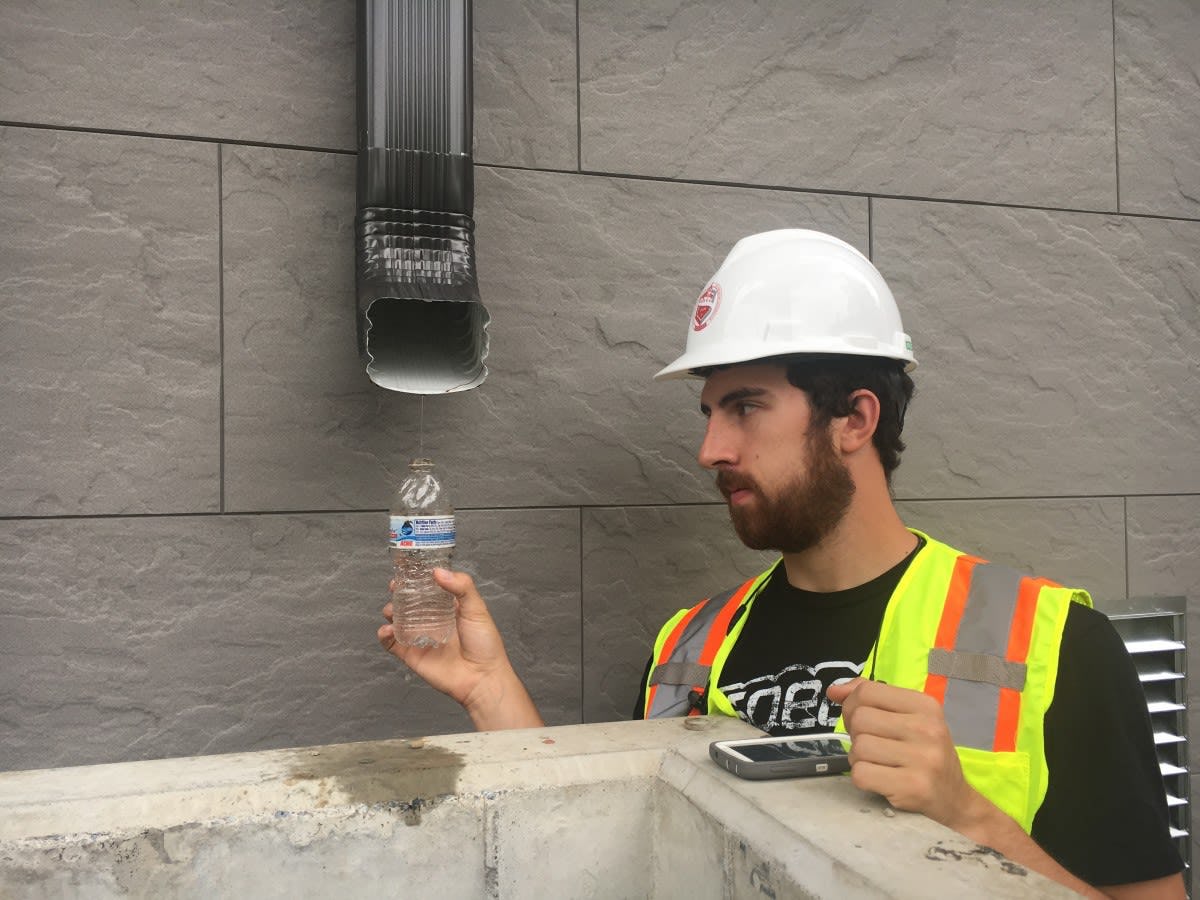 Student Daniel Rosenberger jokes around with a drain pipe. 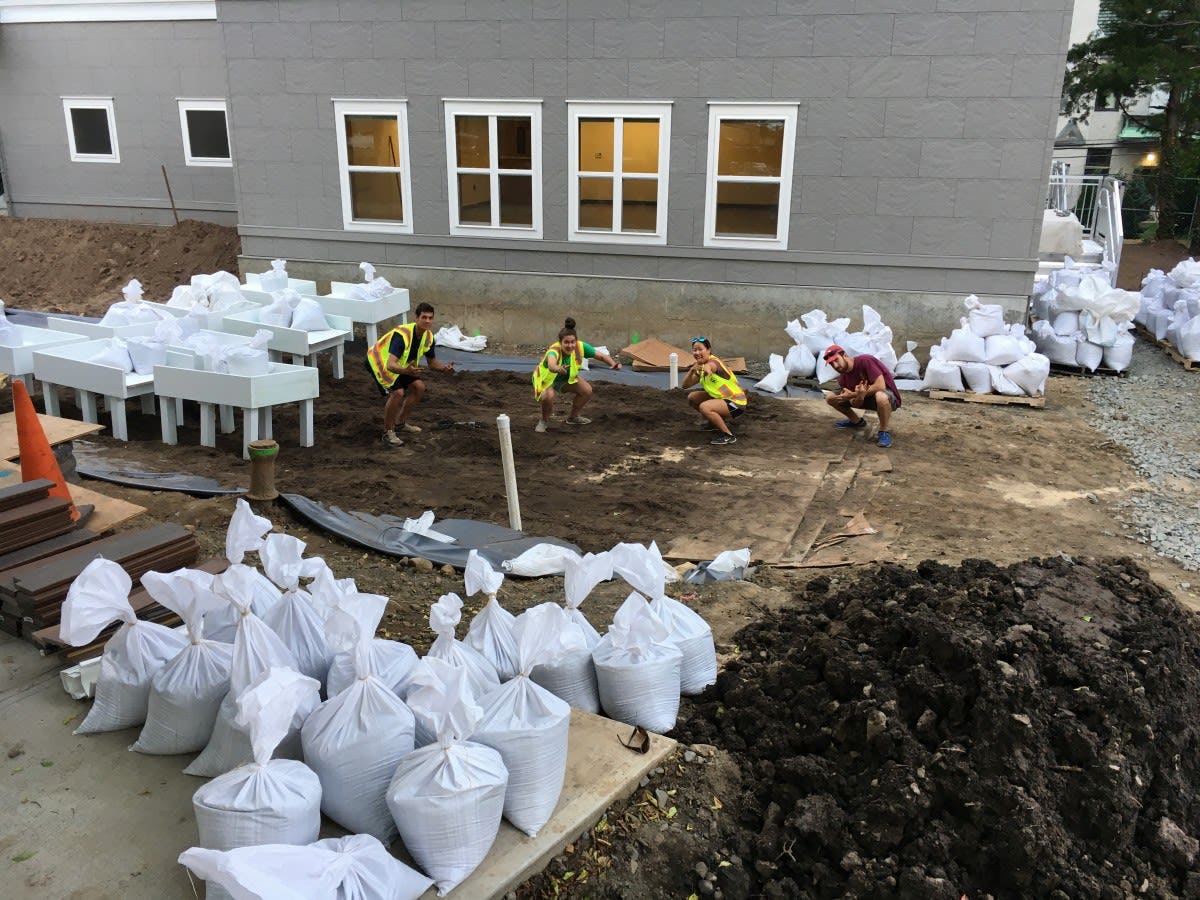