While Living Through a Pandemic, Stevens Class of 2020 Prepare to Make Its Mark 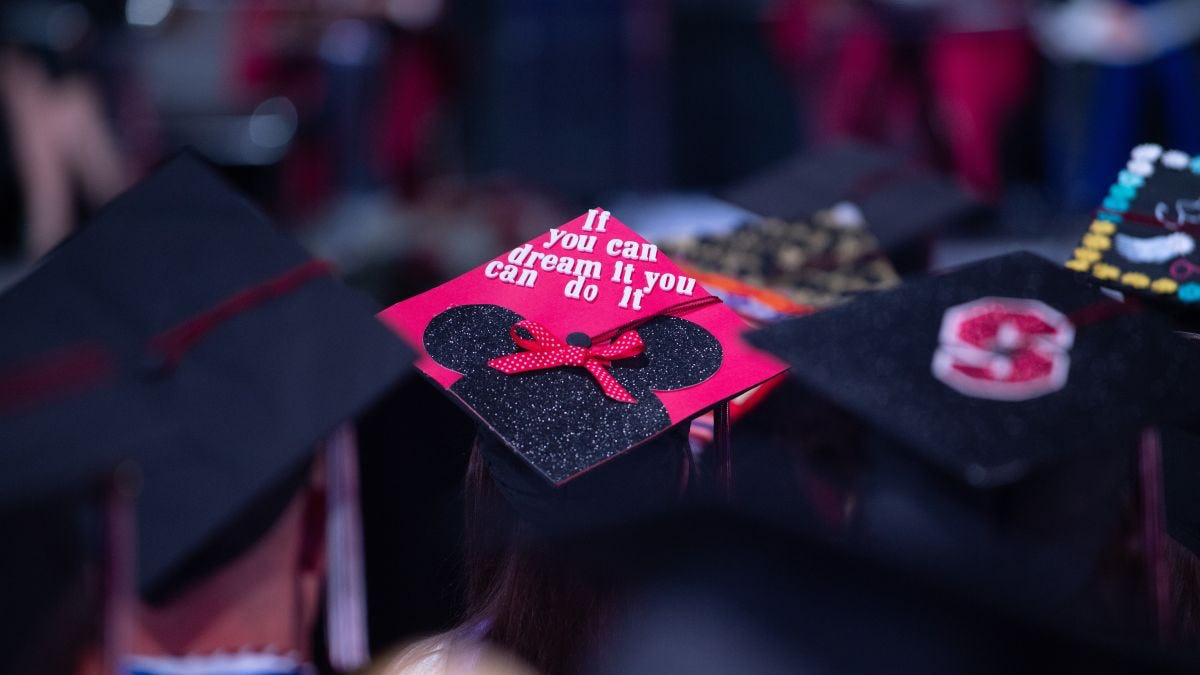 The Stevens Class of 2020 will soon begin post-graduate life in a world forever marked by the coronavirus pandemic.

And as the prolonged upheaval of daily life continues, this year’s graduating class, like the thousands of Stevens graduates before them, will rise to the moment.

They have accomplished and experienced much during their time at Stevens – attained athletic and academic accolades; collaborated on impactful research and entrepreneurial ventures; learned to become global citizens by studying internationally and dedicating hundreds of service hours to communities at home and abroad; formed lasting friendships with peers, faculty and staff; and, above all, developed confidence in their ability to contribute to the greater good.

Trained to apply knowledge to real-world challenges, this diversely talented and forward-thinking group will make its mark in careers that will advance innovation in areas such as vaccine development, quantitative finance, quantum computing, medical technology, cloud engineering and more.

We caught up with some of these soon-to-be Class of 2020 graduates. 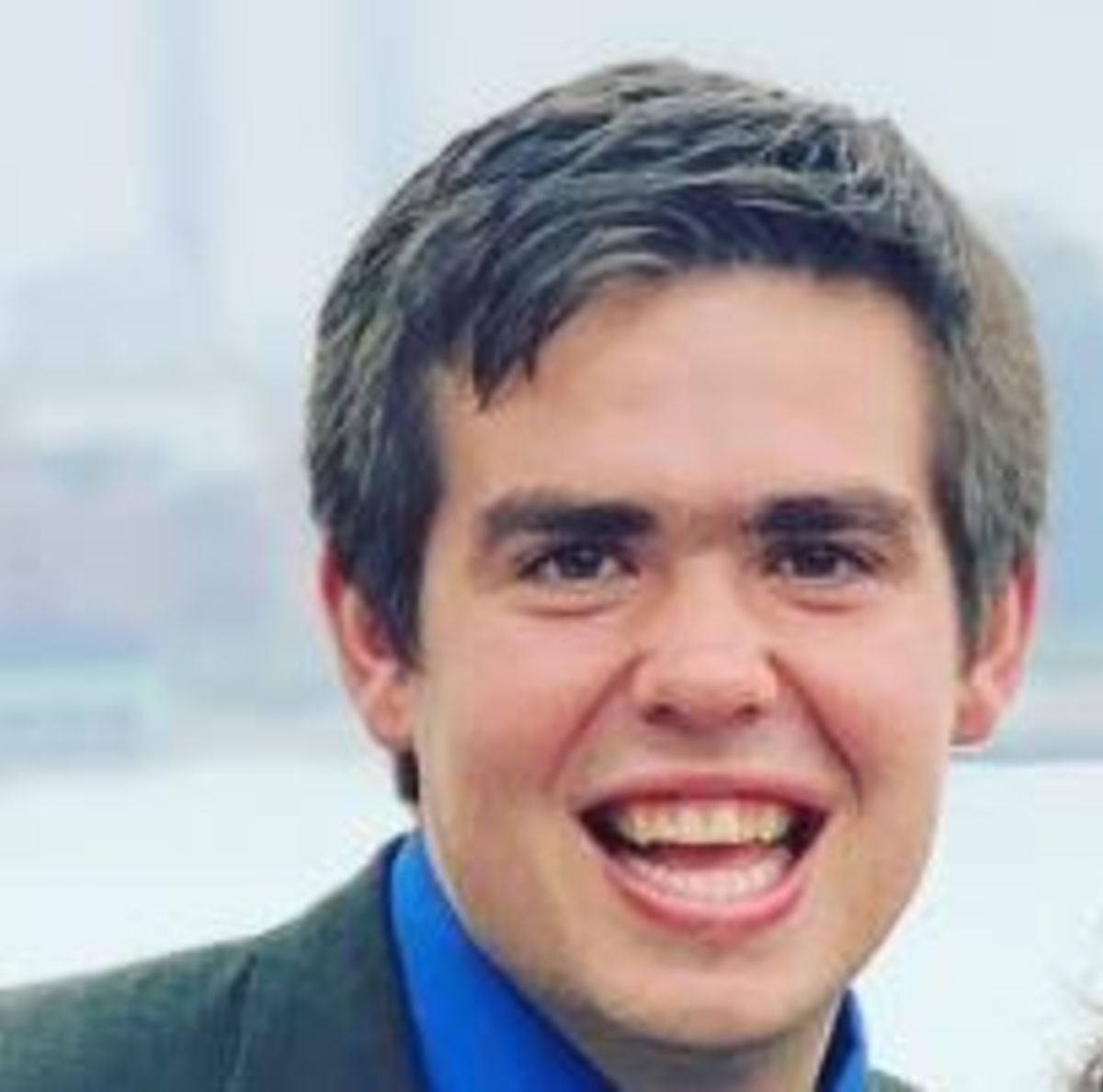 Dragon credits his academic success to faculty such as professors Patricia Muisener and Mahmood Sohrabi. He began as a teaching assistant to both professors, in general chemistry and multivariable calculus respectively.

“I learned something new every day in those classes, every time I taught it. And it’s those professors who fostered that curiosity in me to want to learn more.”

Outside his major, Dragon developed a keen understanding of sustainable infrastructure. He explored green infrastructure solutions to stormwater runoff in urban locations including Hoboken thanks to a research experience involving Stevens' own “Living Laboratory” right on campus.

Among his many extracurricular activities, Dragon was a member of the Stevens men’s crew team and is a passionate travel soccer referee.

“People always ask me: why are you so busy, why do you do all this stuff, why do you work so much?

I don’t like that word ‘work.’ It may seem like I’m working 40 hours a week, but that’s because I’m doing what I love.”

Two years ago, Kaitlin Gili (Physics) traveled to Japan as one of just 12 undergraduate students in the nation selected for a Nakatani RIES Fellowship. At Tokyo's Keio University, she assisted in the development and analysis of quantum algorithms used for prime divisibility problems by an IBM Q 20 qubit quantum computer. 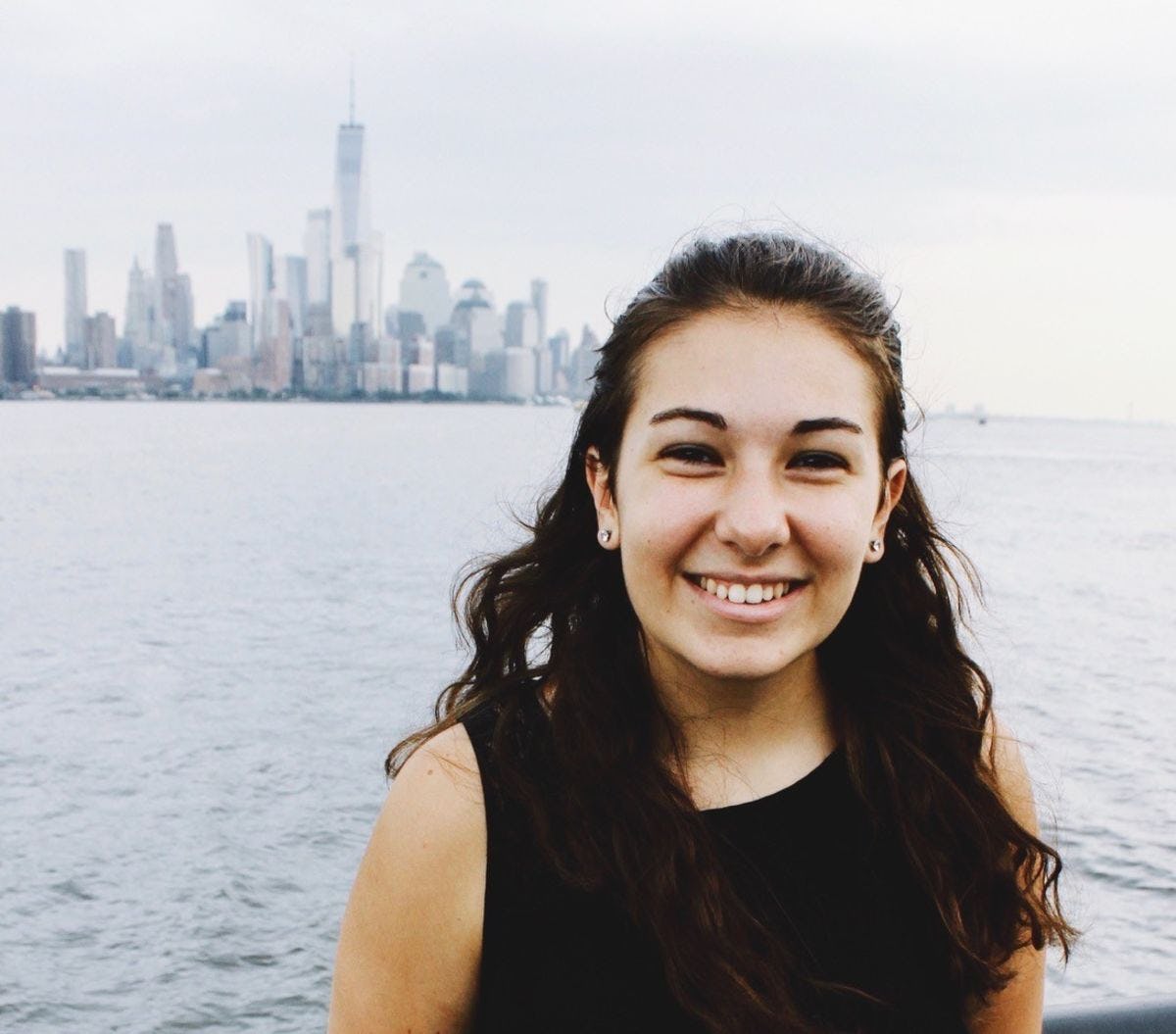 "I had done very little quantum physics until I arrived in Japan," she recalls. "But once I began working with it, it quickly became my focus."

Hooked on quantum computing, Gili hasn’t looked back since then.

The quantum physicist will begin a four-year doctoral fellowship at Oxford University sponsored by the Army Research Office.

As she takes the next step in her career to help build the case for the fuller development of true quantum computing, Gili is also launching a nonprofit to mentor women in STEM.

"In my own career, I saw clearly the power and the difference that even one great mentor can make," remembers Gili. "Now we are attempting to connect women with their own mentors while they are still very early in their careers, because that is such a critical stage of one's education, when support and guidance are very much needed."

As a member of the Stevens men’s volleyball team, David Lehman (Computer Engineering) was helping power the Ducks toward a historic season and possible postseason run when the season was abruptly canceled in March as a health measure. 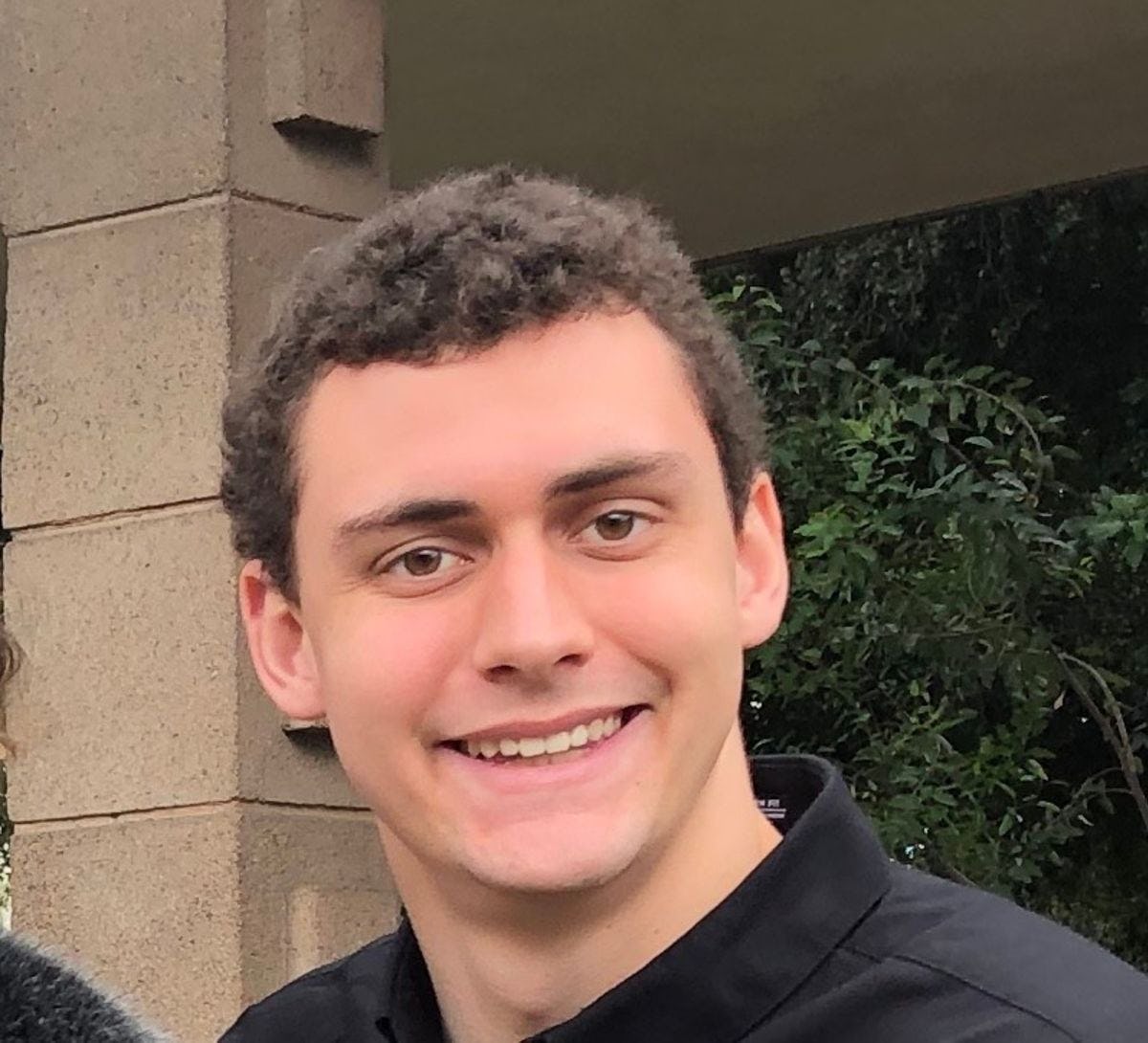 After returning to his parents’ home in Berkeley, California for spring break, Stevens’ stay at home order was issued, so the three-time AVCA All-American hurried to volunteer at Silicon Valley's Avellino Labs with the packaging of COVID-19 test kits and processing of returned test samples.

“It feels really good to know that I am helping and having an impact.”

Lehman’s post-graduate plans include research with the U.S. Navy in San Diego as part of a summer internship.

That decision, and the San Diego naval base in particular, holds special meaning for Lehman.

After his Navy internship, Lehman plans to return to Stevens in fall 2020 to obtain a master’s in computer engineering.

Christopher Liu (Business and Technology) will join the Depository Trust and Clearing Corp. (DTCC) in the firm’s Business Transformation Office after graduation. The fulltime position follows an extensive internship with the Jersey City -based company last summer that continued throughout Liu's senior year. The year-long experience enabled him to gain experience in product management and cyber resiliency. 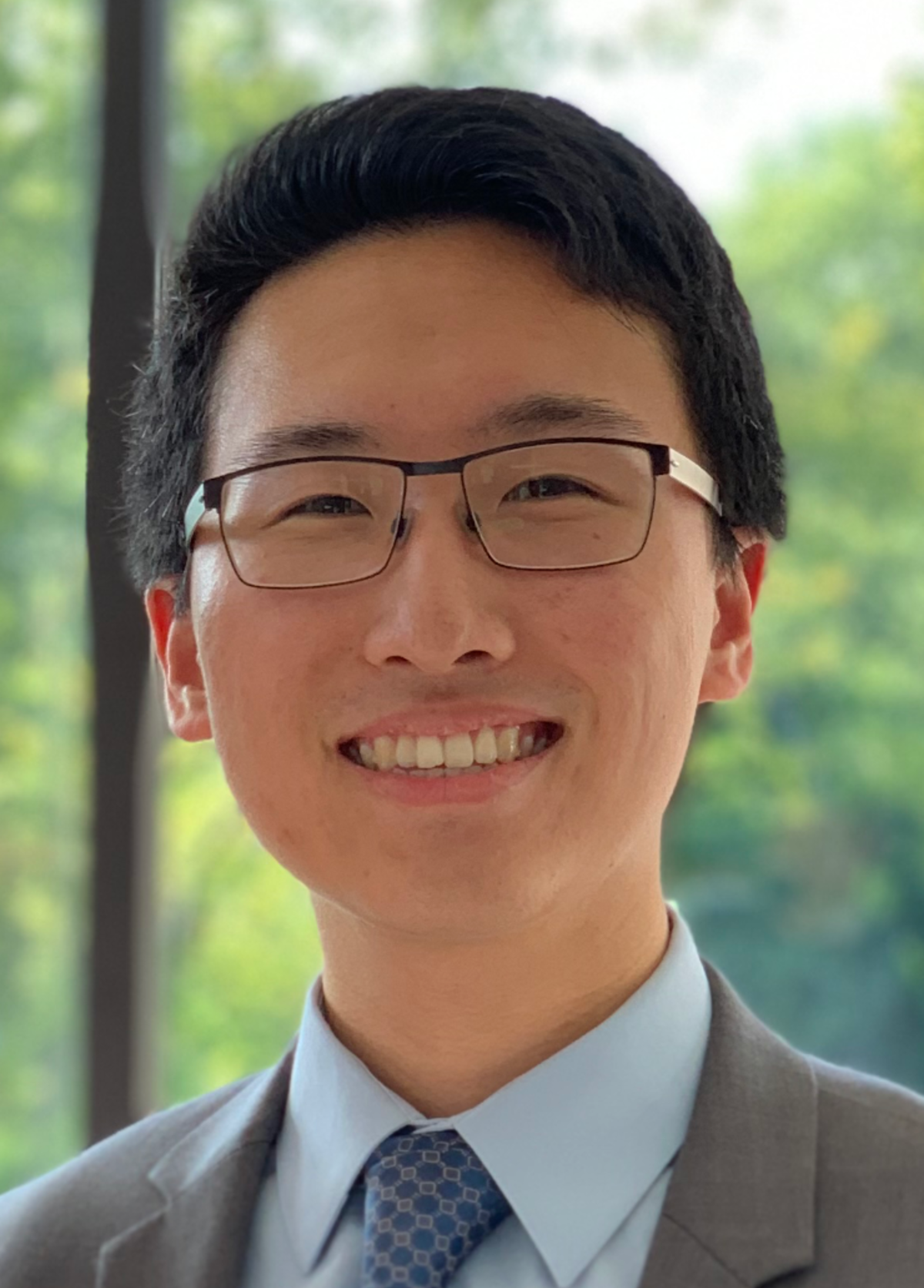 As a prospective student with career aspirations in the world of finance, Liu knew Stevens’ School of Business would set him on a path toward a meaningful and successful career.

“The business program at Stevens has both a business and technology focus. So not only would you have classes oriented toward the business side of things, they also give you some fundamental technology skills, which I think is very important in today’s day and age.”

He credits the support systems at Stevens with helping him thrive both in and outside of class.

“The tutoring center, and the professors who have always made time for me whenever I needed it, have all been fantastic. I was never in a situation where I felt absolutely hopeless or confused with a class. Stevens provided the resources that I needed to succeed.”

The blend of computer science, math and business in the university's quantitative finance (QF) program brought Asher Mazaika (Quantitative Finance) to Stevens, and when he closes out his Stevens journey, he'll also have a master's in financial engineering to go with his QF bachelor's degree. Mazaika also experienced internships at NASA and Credit Suisse, a company where he will begin a full-time position after graduation in sales and trading. 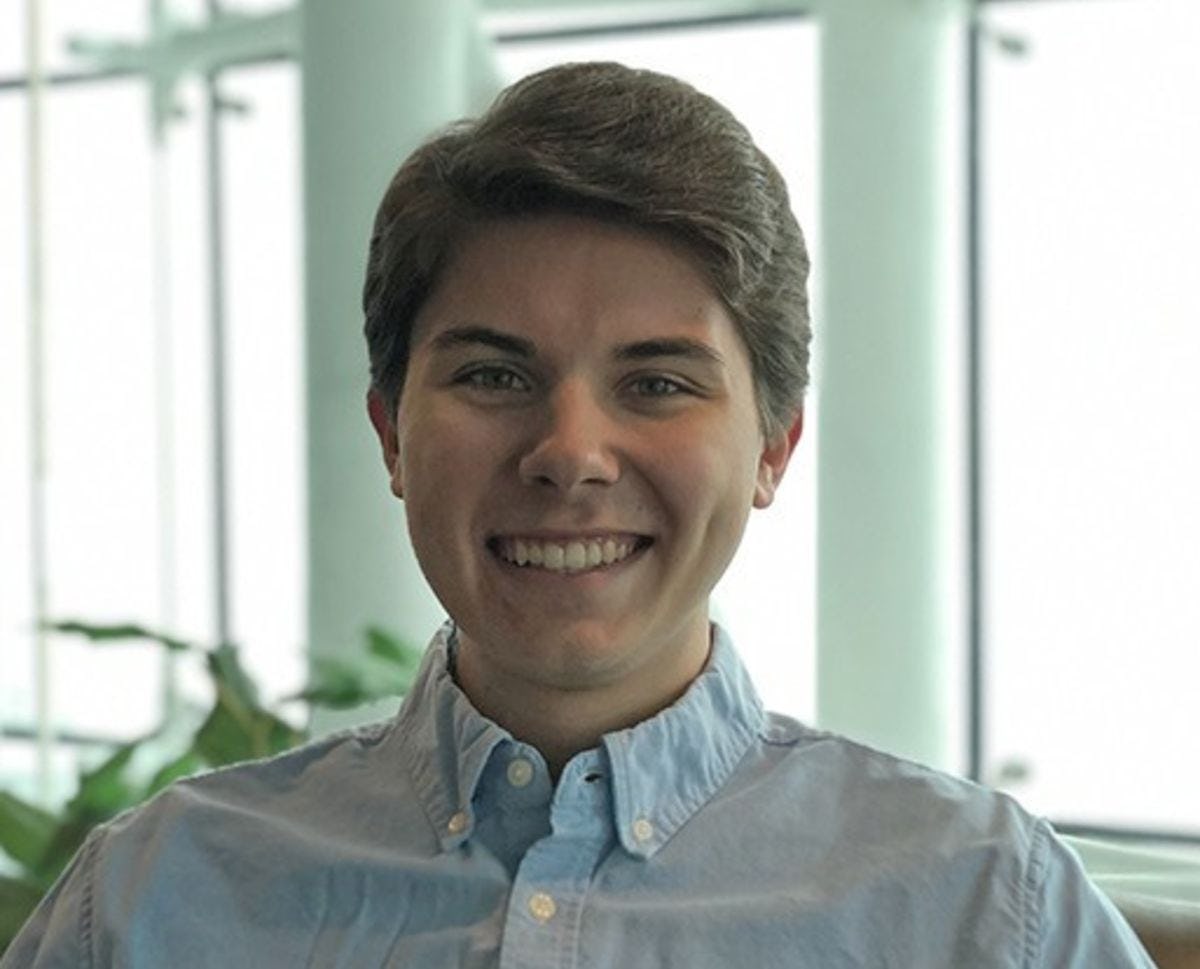 Mazaika’s ability to use technology and data in framing and solving problems is a product of his Stevens coursework, those varied internships and his natural curiosity, which have placed him in elite company as an Ann P. Neupauer Scholar — Stevens' most prestigious academic honor.

“There’s so much innovation in finance right now; you hear about things like machine learning, and it just gets me thinking about how that can be applied to something practical in the industry,” he said. “I see a real need for financial innovation, and I think Stevens has prepared me to meet that challenge.”

Victoria Stabile (Chemical Engineering) will join pharmaceutical giant Merck as an associate scientist in the area of vaccine process development.

“It’s a position where I’ll be able to use all of the engineering and science principles that I’ve learned over the past four years at Stevens. And doing research is the best way to do that.” 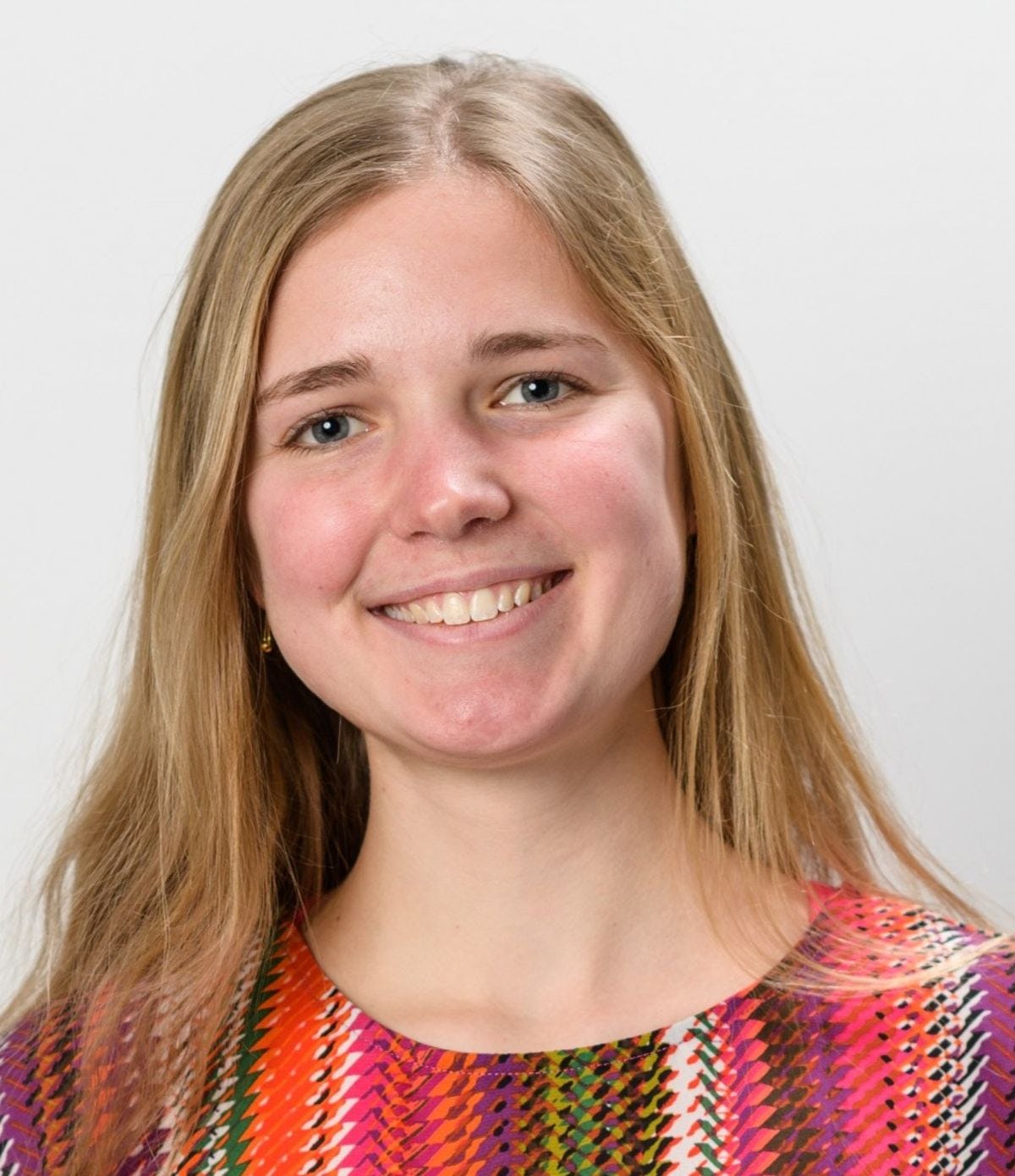 It was at Stevens’ Center for Environmental Systems (CES) that Stabile first pursued significant lab research. It was there, under faculty guidance from CES director Christos Christodoulatos, that she helped investigate methods for growing algae, a primary source of renewable biofuels. In additon to a bachelor's in chemical enigneering, Stabile will graduate with a master's in environmental engineering.

Stabile cites her role as a resident assistant as one of her most meaningful experiences at Stevens. A big sister to two siblings, she said being an RA tapped into her instinct “to watch over people” and “make sure they’re OK.”

Another activity she is particularly proud of is her service to the Stevens Honor Board.

“Academic integrity is so important, because it’s also about having personal integrity, which carries you into your career. Helping instill those ideals on campus was really important to me.” 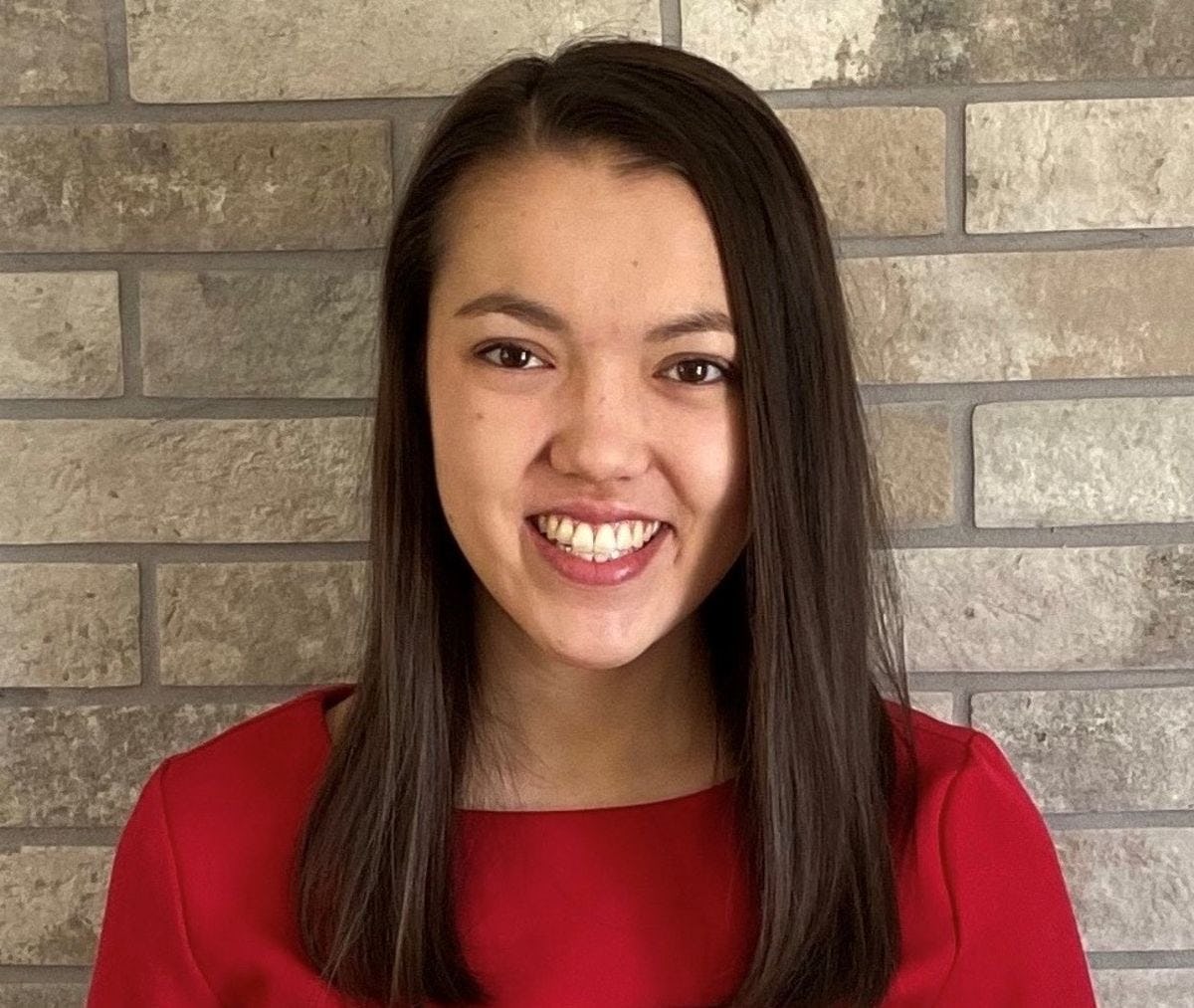 While she is looking forward to beginning her new career, she says the idea of teaching is never far from her mind.

“I know that I want to teach at some point in my life, but industry experience seems so crucial to me first. I want to be able to share what I’ve learned hands-on during my career with future students.”

In addition to career-paving internships, Tan gained meaningful research experience exploring the integration of robotics in smart homes and elder care facilities under the guidance of systems and software professor Gregg Vesonder.

“It was my first introduction to robotics as well as my first deep dive into programming. We published a paper that summer. And I had no expectation of doing that. It was really cool that our professor pushed us to be able to do that our first summer here.”

“To say that I got everything possible out of Stevens would be oversimplifying it. Everyone has a different experience here. But I cannot explain how grateful I am for all the things that Stevens has provided me, and I hope that my fellow graduates can say the same as well.”

When he was a prospective student looking at colleges, he said Stevens’ exceptional computer engineering program narrowed the field significantly. 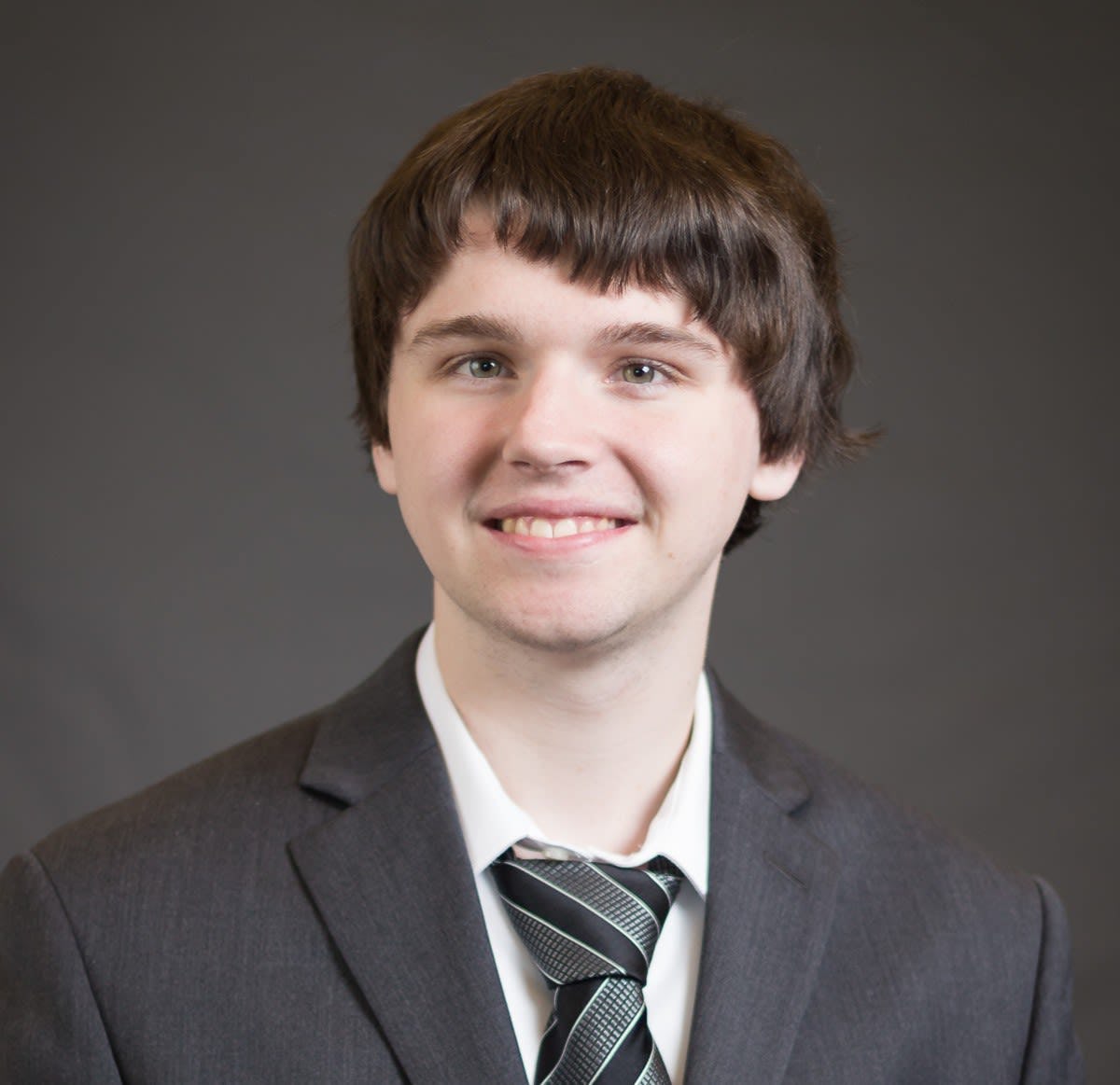 “At the time, I wasn’t sure whether I wanted to get into hardware or software development and I felt computer engineering would help me get an idea about both. And Stevens was one of the few schools that I looked at that offered such a program.”

Last summer, Wisnewski gained a career building experience at PSEG in the energy company’s IT department, working on “really cool stuff,” such as PSEG’s Alexa Skill.

“I got to play around with the code there and push updates up in real time that customers and end users would actually be using.”

Other hands-on, real-world learning experiences include a senior project that conceived BitBuddy, an Apple Watch app that could potentially monitor panic attacks, offer coping tools, and connect users with resources, friends and therapists. Wisnewski and his senior design partners – Besnik Balaj '20, Ethan Dy Tioco '20 and Nathan Van Eck '20 – were inspired by their own personal experiences managing the anxieties and pressures that come with college life, Wisnewski says.

“We were thinking of a design problem and wanted to do something pretty meaningful. So we sat around and tried to come up with a problem that we all had in common, one that we all have faced at one point or another.”

The team hopes BitBuddy becomes a legacy project that future senior design teams can build upon, improve, and eventually, bring to market.

In addition to starting a new job, Wisnewski says his post graduate plans include a return to Stevens some time in the future to pursue a master’s degree in either software engineering or computer engineering.