With Athletic Season Cut Short, Stevens’ Star Volleyball Player Helps Process COVID-19 Tests Back Home, and Looks Ahead to Internship with the Navy 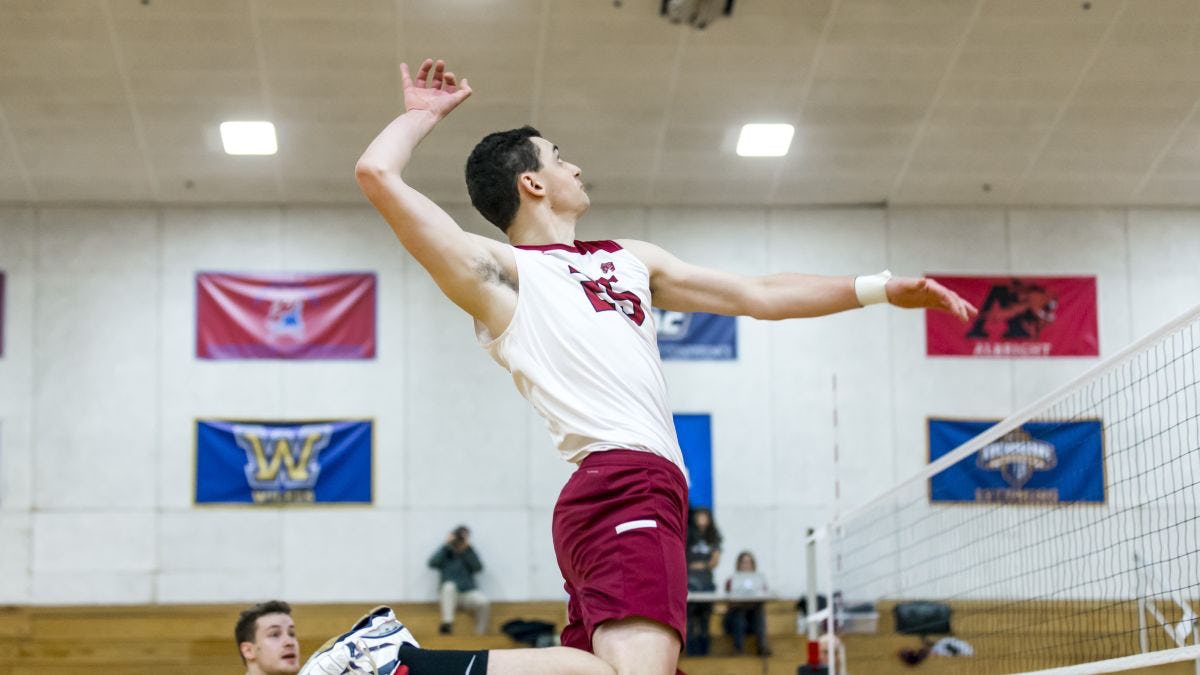 The disruption of life in the time of COVID-19 has been abrupt and unsettling worldwide. For college students, especially graduating seniors like David Lehman '20, the suspension of milestone events like Commencement has been particularly poignant.

“It’s a once in a lifetime type of experience, with all the celebrations and closure that come with that, like getting to say the proper goodbyes,” Lehman expressed with a tinge of sadness.

The years of commitment and dedication put forth toward an athletic championship had come to a premature end for the computer engineering senior. The three-time AVCA All-American was helping power the Stevens men’s volleyball team toward a historic season (achieving an 18-4 record overall) and postseason when the season was abruptly canceled in March. 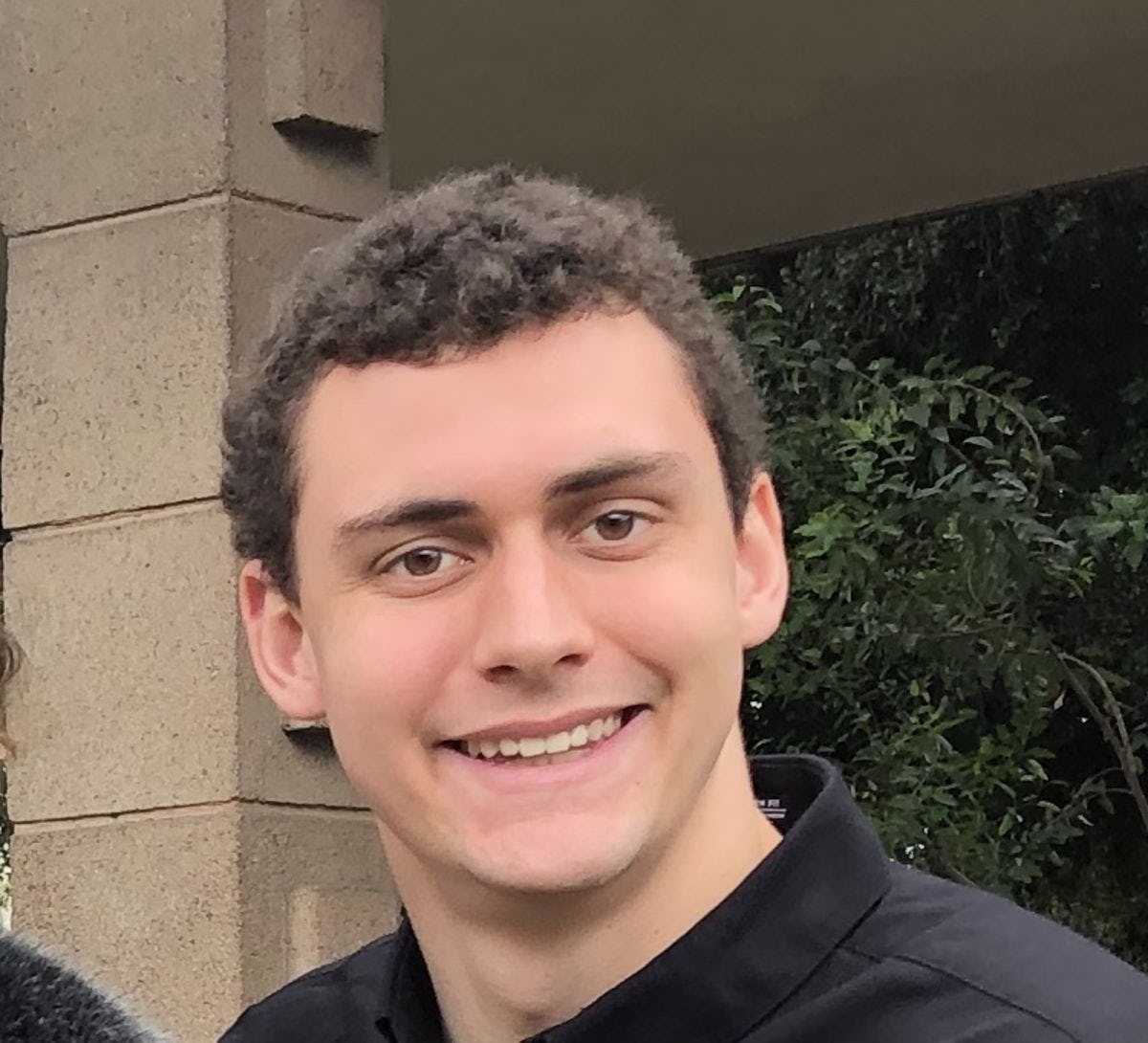 "As I've said before, Dave is one of the best players we've had in program history," head coach Patrick Dorywalski said. "We're lucky [that he’s been] part of our program."

What remains intact for Lehman, however, are his post-graduate plans to conduct research with the U.S. Navy in San Diego as part of a summer internship.

That career decision, and the San Diego naval base in particular, holds special meaning for Lehman.

After his Navy internship, Lehman plans to return to Stevens in the fall to obtain a master’s in computer engineering.

Contributing to the COVID-19 testing process

For now, Lehman is also doing what he can to help slow the spread of COVID-19 by pitching in with his father's company – Avellino Labs – which manufactures tests for the virus in California.

After returning to his parents’ home in Berkeley, California for spring break, and after Stevens’ stay at home order was issued, he volunteered to help out at the Menlo Park-based genetics research firm that had designed its own COVID-19 test. Lehman’s father is Avellino's CFO.

“They do genetic testing. So they already had all the testing equipment, infrastructure and labs. And when the coronavirus outbreak happened, they switched their efforts to providing coronavirus tests.”

Avellino provides its coronavirus tests to the testing center in the city of Hayward, California.

The Bay-area lab processes coronavirus tests within four to seven hours, Lehman says, adding that the fast turnaround time is critical to stopping the spread of COVID-19.

What started as a volunteer activity now has Lehman putting in 40 hours per week as a full-time employee.

“I help package all of the materials for the test kits to be distributed to Hayward. And when the test samples come back, I help with accessioning: wiping down and labeling the bio culture tubes, and performing data entry. The goal is to have those samples ready for the lab so that all that it needs to do is provide a positive or a negative.” 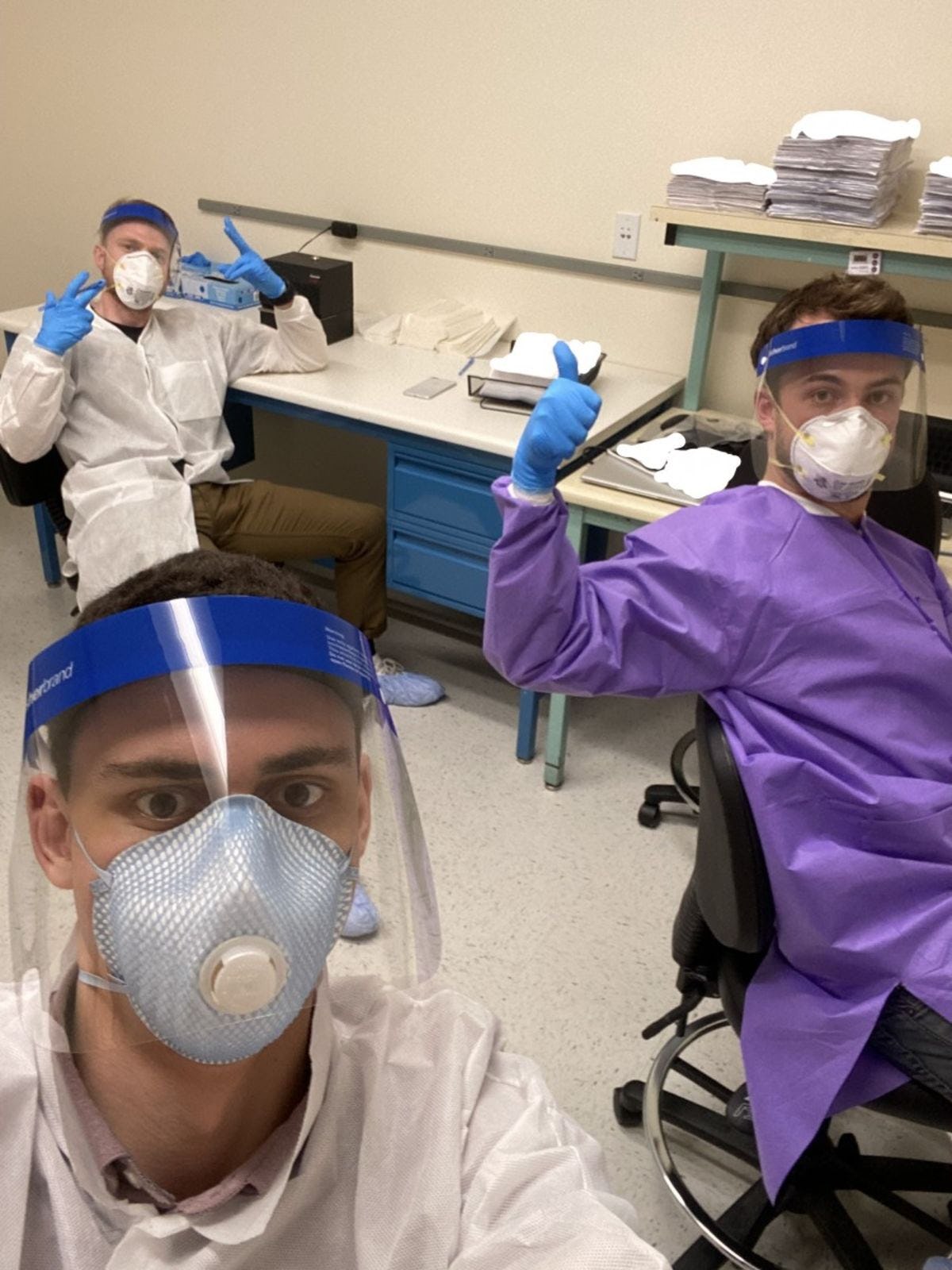 David Lehman and his coworkers at Avellino Labs

While he describes the work as somewhat tedious, Lehman understands the essential service he’s providing as part of a broad effort to contain and slow the spread of the virus.

“It feels really good to know that I am helping and having an impact.”

Lehman himself undergoes testing prior to each work week. It’s a mandatory part of the job.

Working at Avellino, he says, is giving him a newfound appreciation for what his father does, which he admits he had little interest in.

“I had always known that he was involved in getting the best medical supplies to those in need. But to see it on this scale and all the complexities and intricate steps involved in getting a coronavirus test really makes me appreciative of the infrastructure needed to deploy these tests.”

The importance of family for Lehman shines through in other ways. For instance, his grandmother is never far from Lehman’s thoughts during this time of isolation.

“The virus is very dangerous for everyone as we learn more and more about it every day. But the seniors are who we really have to help. My grandmother lives about 30 minutes away from me. But I’m not allowed to see her and I feel bad about that.”

As he reflects on the current state of the world and his own situation, Lehman still finds it difficult to process all that has happened in just a month’s time.

“Just a few weeks ago I was at school playing volleyball, worrying about graduation plans. I thought I had my whole situation planned. I never planned on going back home after graduation. And now I find myself here.”