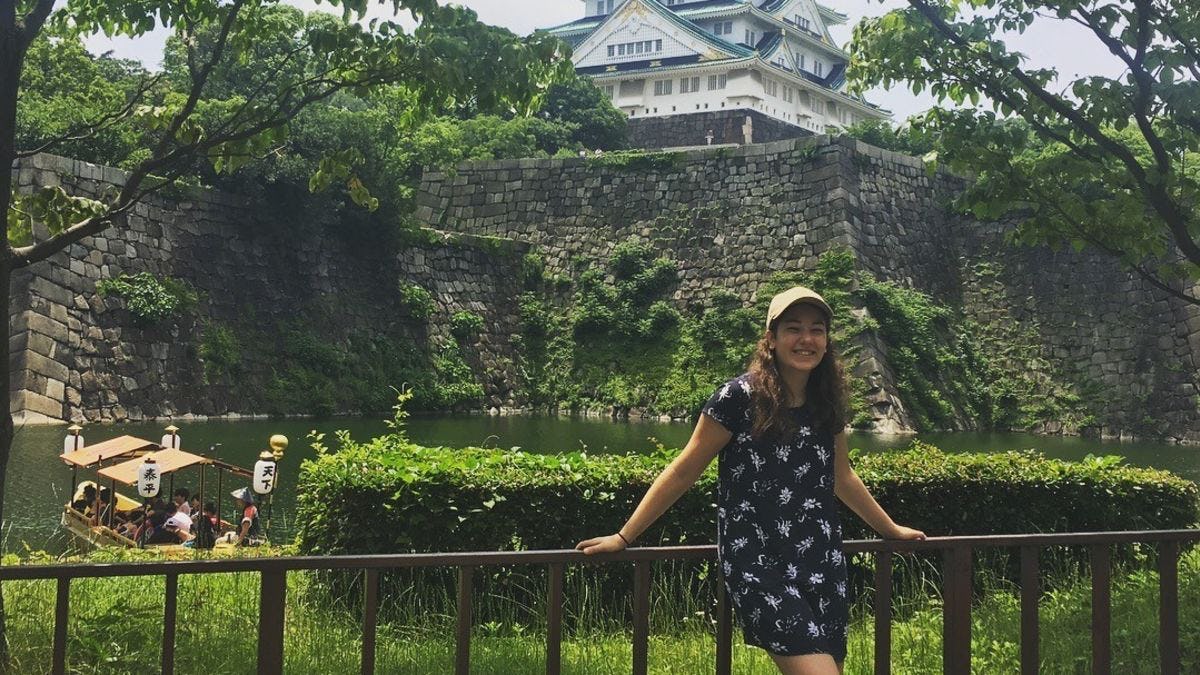 Stevens Institute of Technology students are trained to apply knowledge to real-world challenges, and they are advancing this problem-solving approach across the globe. This summer, more than 120 students studied abroad in 21 countries – a 25 percent increase in participation from last year – with some focusing on topics spanning quantum computing, artificial intelligence and renewable energy.

“To be honest, I didn’t want to leave,” says Kaitlin Gili, who was part of a lab group that was developing quantum software for IBM Q’s 20 qubit quantum computer at Keio University in Tokyo.

Living in their host cities, students collaborated with an international community of students and faculty. Now, they are back on campus, and took the time to share their experiences with us, describing how conducting research abroad got them out of their comfort zone and made them citizens of the world.

“This is a perfect opportunity for highly motivated students,” says Susi Rachouh, director of the Office of International Programs at Stevens. “When immersing themselves in another culture, research becomes one more way that a Stevens student gains a cross-cultural learning experience, as well as a cross-cultural work experience in a research setting.”

From Norway to Japan, student researchers participate in research abroad that has the potential to change the way we live, work and interact with one another 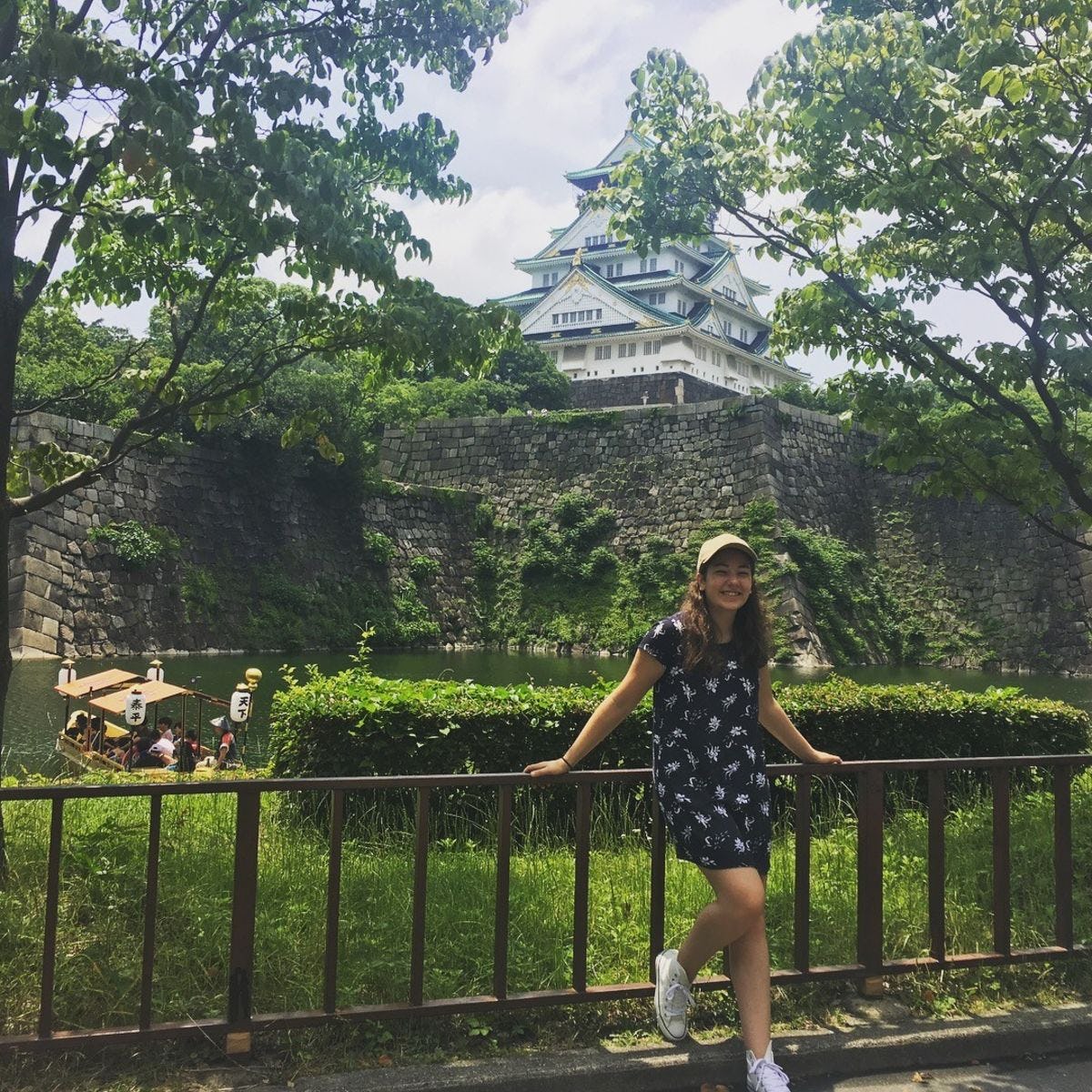 Kaitlin Gili in front of

Gili was one of just 12 undergraduate students in the nation selected for a Nakatani RIES Fellowship, which consists of a three-week Japanese language and culture program followed by nine weeks of research in Japanese host labs.

“I wanted to go into an environment that was going to academically challenge me and allow me to grow as a person,” says Gili, a physics major. “Japan has amazing food, cutting-edge scientific research universities, and a history unlike any other.”

At Hamburg University of Technology in Germany, mechanical engineering major Caralyn Cyr conducted research on a machine learning algorithm for the purpose of building an energy harvesting pendulum, tapping into two of her interests: renewable energy and artificial intelligence. 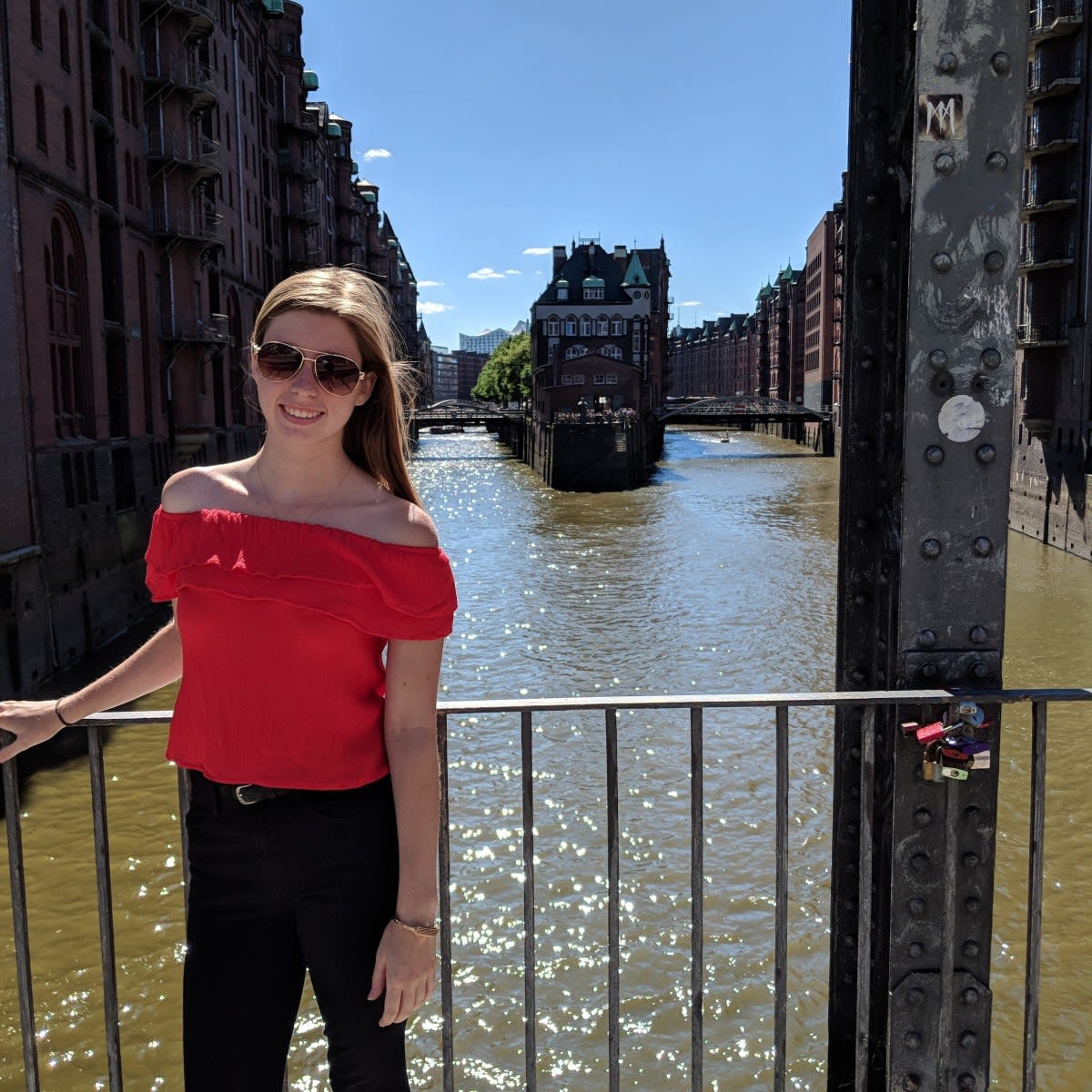 Caralyn Cyr in the Warehouse District of Hamburg

“We are hoping that this research can be applied to harnessing energy from sources such as ocean waves in order to power our electrical grid,” said the Tewksbury, Massachusetts native. “Also, this research has the potential to advance our knowledge of artificial intelligence and machine learning, which gives computers or machines the capacity to learn how to perfect a task,” Cyr explained.

Her Stevens colleague Mey Olivares Tay was also in Germany as a research scholar and like Cyr, enjoying the country’s history and character. The mechanical engineering major from Passaic, New Jersey was at the Match Institute for Assembly Technology, part of the Gottfried Wilhelm Leibniz Universität in Hannover, to gain hands-on research experience in robotics.

Research at the institute focuses on the development and usage of soft-robotics, gripping technologies and precision assembly. Her experience there, she says, solidified her decision to pursue a career in robotics and broadened her world view.

“Through my immersion into the local culture in Hannover and side trips to other European cities, I learned how important it is to explore the world with an open mind.”

Across the Atlantic from his Jersey Shore town of Bay Head, mechanical engineering major Trevor Hinds was part of a cohort of Stevens students participating in the university’s sustainable energy summer program at Comillas Pontifical University in Madrid. 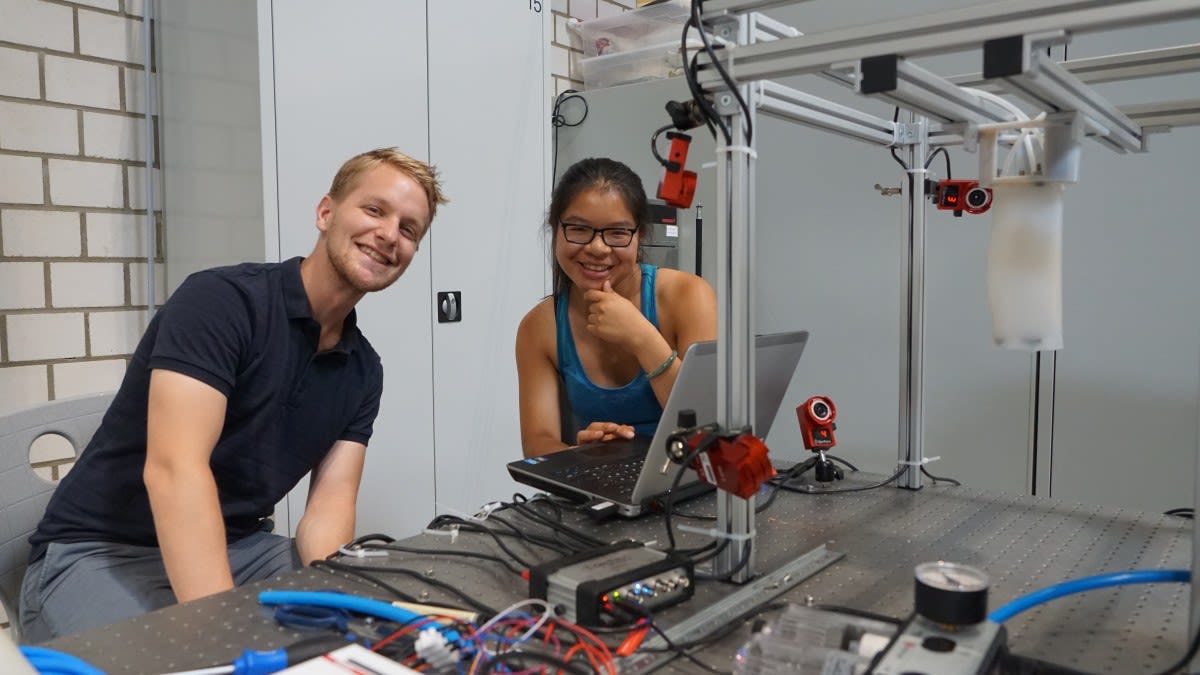 In the research labs at Comillas, Hinds analyzed the mechanical properties of bone cement when different forms of graphene is introduced into the cement.

Outside of the lab, Hinds enjoyed three-day excursions within Spain and elsewhere in Europe. 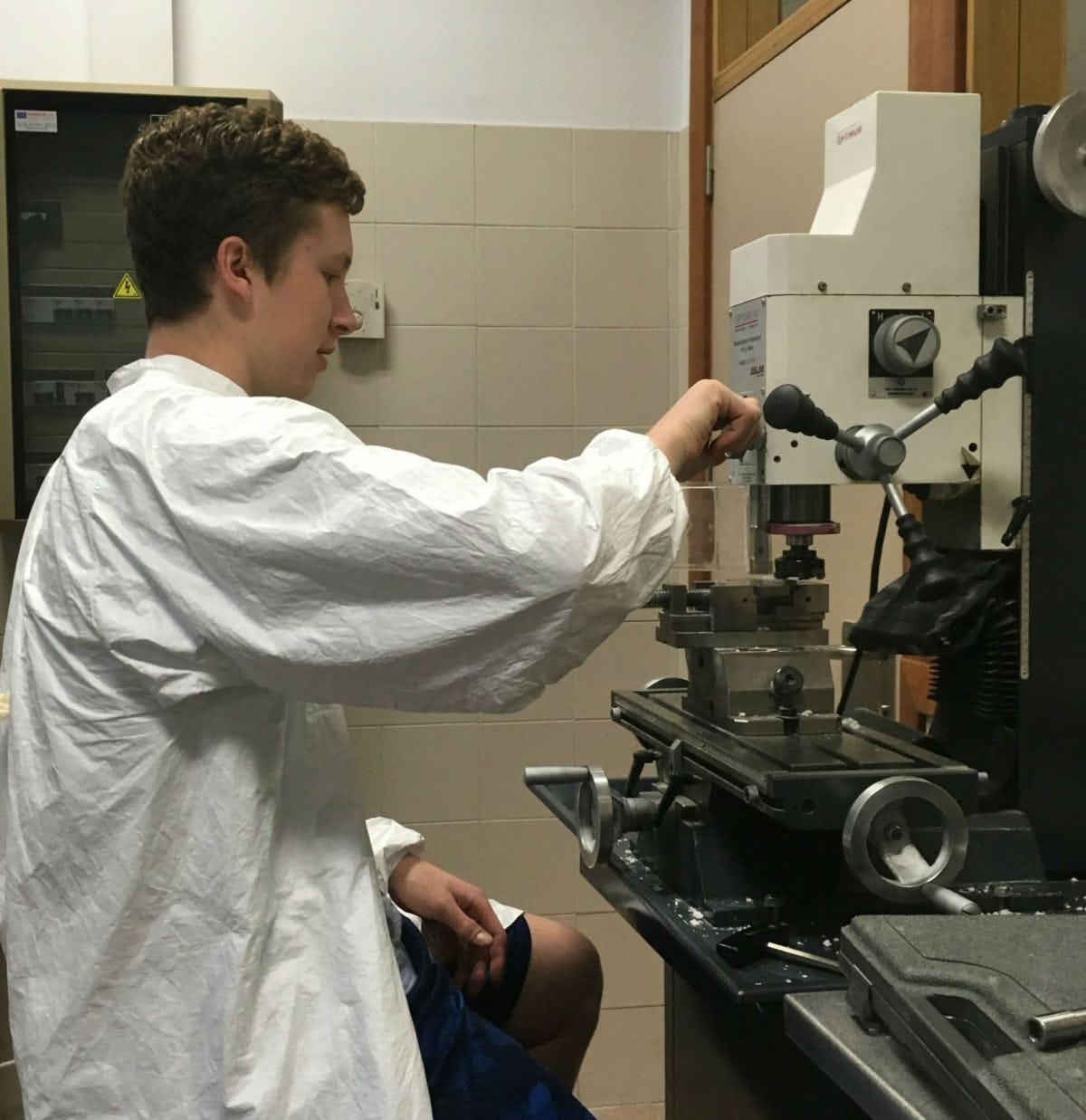 “Meeting people from different countries made the experience so much better. I learned that while we may have grown up in different environments, we have more in common than not.”

“Essentially, we are laying the groundwork for a software which will transform the way future researchers will investigate solid state materials for use in new technologies,” the physics and mathematics major explained.

The experience, she says, gave her a deeper insight into all the highs and lows of conducting research in physics and a better understanding of the distinction between research and classroom learning.

“In class, there is always a clear-cut answer; in research, there are only clear-cut questions.”

Renné says Leuven’s numerous research universities attract academics from around the world, making her host city a true melting pot of cultures. In her spare time, she worked as a CrossFit coach, getting to know people from Greece, Russia, India, Japan, Australia, Nigeria, Hungry and Germany.

“It was enlightening spending time with people possessing such a different world view than my own. Between the relationships I formed there and the traveling I was able to fit in, this research experience was a gateway to a greater global understanding and cultural expansion.” 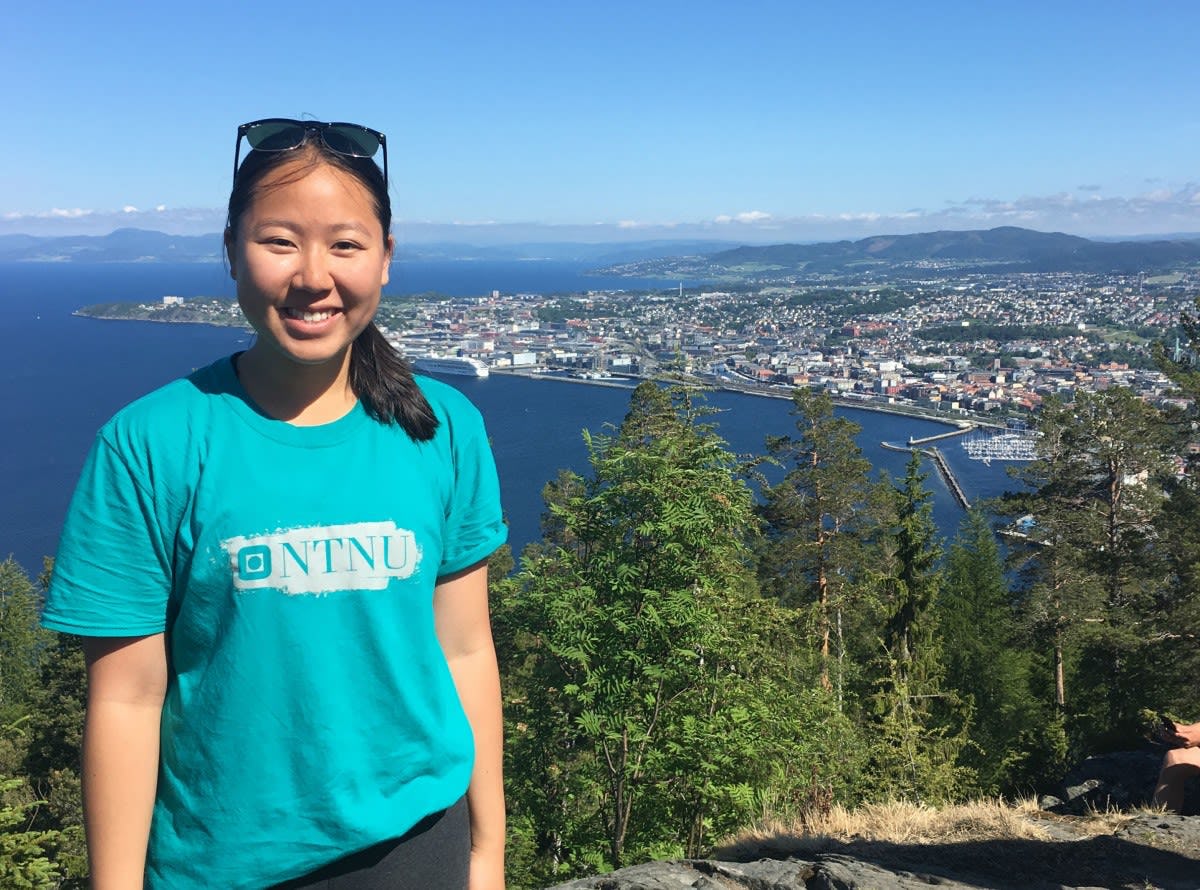 Thanks to the Ernest Four Fund for International Work Experience, Sarah Chan spent a month working as a lab assistant at Norwegian University of Science and Technology in Trondheim, Norway. The Port Jefferson Station, New York native came to Stevens to study environmental engineering. In Norway, she gained valuable insight into wastewater treatment.

“I learned that there is so much that can be studied and recovered from wastewater,” she said, adding that she learned several new lab techniques and lab skills, including pH monitoring, direct filtration, and her favorite new skill – colorimetry.

To learn more about study and research abroad opportunities at Stevens, visit the Office of International Programs.