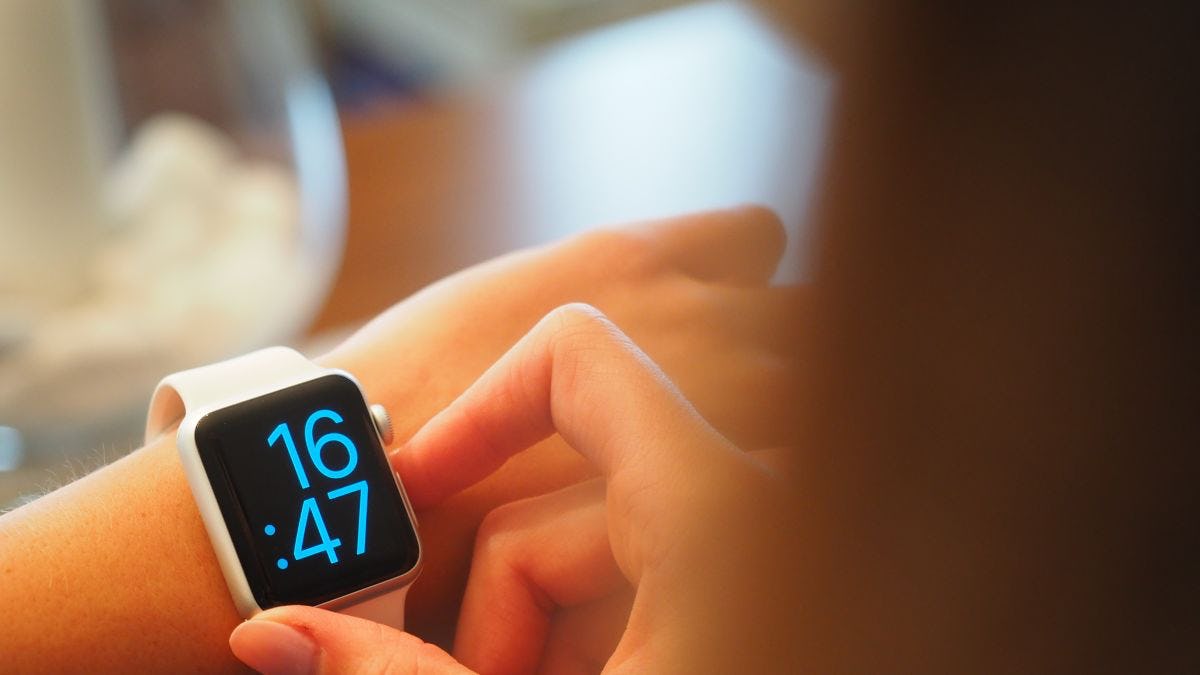 For many, college is a time when anxiety skyrockets. The BitBuddy senior design team is giving students tools to take back their power over mental health concerns.

For the four Stevens students who comprise the BitBuddy senior design project team, high school “was a breeze.” But upon entering a competitive university with a heavier and more difficult workload, they found that they and many of their peers needed help managing anxiety.

Inspired by personal experiences and a desire to help their friends, they conceptualized BitBuddy, an app for Apple Watch that can monitor panic attacks, offer coping tools and connect users with resources, friends, and therapists.

One in 37 American adults suffer from panic disorders characterized by episodes of panic attacks. Young adults are especially vulnerable, with the transition from adolescence to adulthood often triggering the onset of or an increase in panic symptoms: for many, the college years mark an onset of mental health issues, a time when increased workload, stress and pressure can exacerbate underlying problems.

Team members Besnik Balaj, Ethan Dy Tioco, Nathan Van Eck, and Matthew Wisnewski, all seniors in the Department of Electrical and Computer Engineering, conceptualized a platform to help alleviate the symptoms of those suffering from panic attacks.

“Multiple members of our team have had issues with panic attacks in the past, and I felt that [BitBuddy] would be a really interesting project that I would care about,” said Balaj, the lead developer. “The burden of mental health is big in the college age group.”

“Last year I was diagnosed with depression in June, which began in April,” added Dy Tioco. “With that came episodes of anxiety attacks and other mental health shenanigans, and I didn’t know how to process it. I would shut myself in, which fed into a spiral. Having something then like BitBuddy alert you and say, ‘Hey let’s do something healthier,’ would have helped.”

When the team began its research, they discovered health device prototypes that were overly bulky.

“They connected to sensors and sent messages to phones through WiFi,” Balaj said, adding that his grandfather wears a device near his heart ever since suffering from a heart attack. That device communicates with caretakers by bluetooth, so the wearer and emergency contact can’t be very far apart for it to function, limiting the wearer’s independence.

The team wanted to create something simpler, more accessible, and discreet.

“Our take is, a lot of young people have smart watches. The watch is keeping track of health aspects. We don’t want to make it so you have to get extra technology or a whole new watch, and we want to make sure you don’t have anything that stands out to someone, because that could cause anxiety if people are looking at you. We don’t want BitBuddy to be a cause of anxiety,” Balaj said.

Reaching out for help, intervention

The app, currently in prototype phase, is being tested by the team’s peers at Stevens. Unlike apps that only monitor a person’s heart rate without interactive or solution-oriented features, BitBuddy not only alerts the user that they may be experiencing a panic attack, but also offers suggestions that the user can act upon that may help decrease symptoms.

A user can rank these options in order of preference. They may choose to meditate, or play a suggested game—such as thinking about the color orange and then finding as many orange things that they can see. Or, in emergencies, they can call 911. The app also connects a user with his or her social network, allowing one to make calls to a family member or a friend. A therapist can receive notifications and data from the app, which  has a journal feature that can push to the therapist to help understand and minimize triggers.

“We work closely with Stevens Counseling and Psychological Services (CAPS) here on campus,” noted Balaj. “We have therapists who understand how patients feel and act, and can help them talk about their problems. We want to know how to better help them be open enough to talk. For example, students taking exams might shut themselves off and not express how much work they can do and what they can do mentally. They might not know how to deal with all this.”

“Just checking your heartbeat and telling you if you have a panic attack means nothing if you don’t solve it. So we offer different ways of assistance and promote keeping a daily schedule or routine. That can include meeting with a therapist or friend or family member,” said Balaj.

The team hopes to help people “in the moment, and in the time that comes afterward,” with an app that continues to offer suggestions in the time that follows a panic attack. They aim to set students up for success, equipping them with tools to tackle their problems in individualized ways. “People can more-or-less treat their own symptoms with our app, which gives them confidence that they can again in the future,” Balaj said.

It takes a team to build a legacy 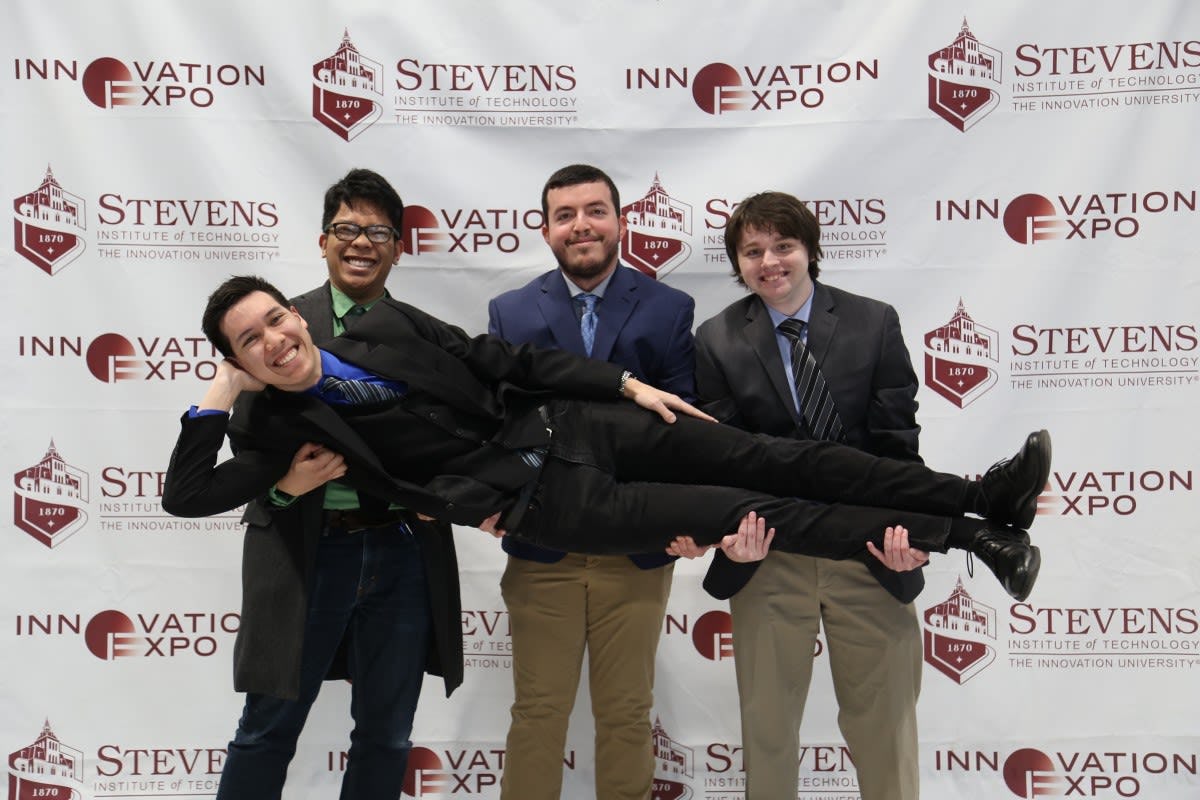 “Professor Rowland said that you can come up with an idea, but if you have no code to back it up then it’s just an idea,” Van Eck said. “When we do something, we have to make sure we do it 100 percent, adding code for everything to make sure the foundation is there.”

For the BitBuddy team, that 100 percent includes accessibility for the disabled.

“Professor Lu talks about accessibility,” explained Balaj. “If you’re partially blind for example, BitBuddy should incorporate certain changes to your view in order to mitigate any issues, whether this be color variations, text size adjustment, or audio descriptive text associated with each object.”

While the team of seniors is receiving positive feedback from peers, much further work is needed to bring the app to market. For example, in order to organize a controlled focus group, the team will need to meet the Health Insurance Portability and Accountability Act’s (HIPAA’s) stringent privacy guidelines. This, and other steps, will be completed during later phases of the project.

“I’d like to see this set up as a legacy project,” Van Eck said, explaining that some senior design projects are “picked up” by the next year’s seniors for continued development.

“Our focus is on trying to empower people to take their lives back into their own hands,” said Wisnewski.