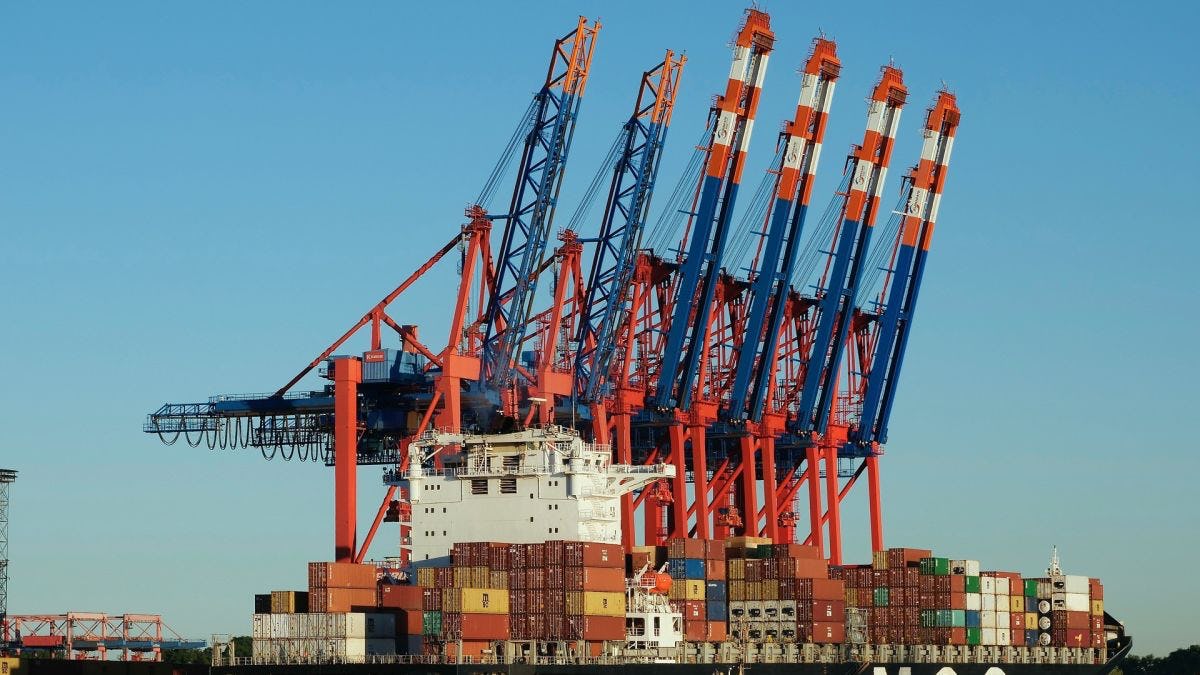 A freighter ship in port.

That was the theme of Stevens Institute of Technology’s 2018 Summer Research Institute.

Run by Stevens’ Maritime Security Center (MSC), the Summer Research Institute (SRI) is an eight-week program emphasizing critical thinking and multidisciplinary research to generate innovative solutions for complex maritime security issues. For the last nine years, SRI has connected students from Stevens and other top universities around the country to work on projects specifically tailored to the U.S. Department of Homeland Security (DHS). This year, the SRI Stevens students were primarily first-year Pinnacle Scholars.

"These students came from eight different universities and 11 different specialties," said MSC director of education Beth DeFares, "and from the start, they united and found their focus."

Ships get fouled as they travel through water. That fouling—including barnacles and other detritus—accumulates, slows ships down and potentially damages their hulls. It also increases travel time, fuel costs and manpower to clean.

The HullBug can minimize these effects.

"The benefit to DHS is cost efficiency," said Caubel. "By making the HullBug autonomous, it will reduce the number of personnel required to clean ship hulls. It will also increase ship speed, which will cut down fuel costs by 15 percent, or $300 million, every year."

"An additional cost savings benefit is that the HullBug requires little to no training to operate," added Donatelli. "This means there’s no need to pay for constant supervision."

In order to make the HullBug autonomous the team modified the design for the existing robot, adding sensors as well as a navigation system. They researched an optimal combination of sensors to enable the robot to accurately navigate low visibility environments while eliminating interfering signals from other ships in ports. They also created a path-planning algorithm enabling the robot to learn a route and travel it with maximum accuracy and efficiency. The simulations they ran using their chosen sensors were only one to two centimeters off the projected trajectory. 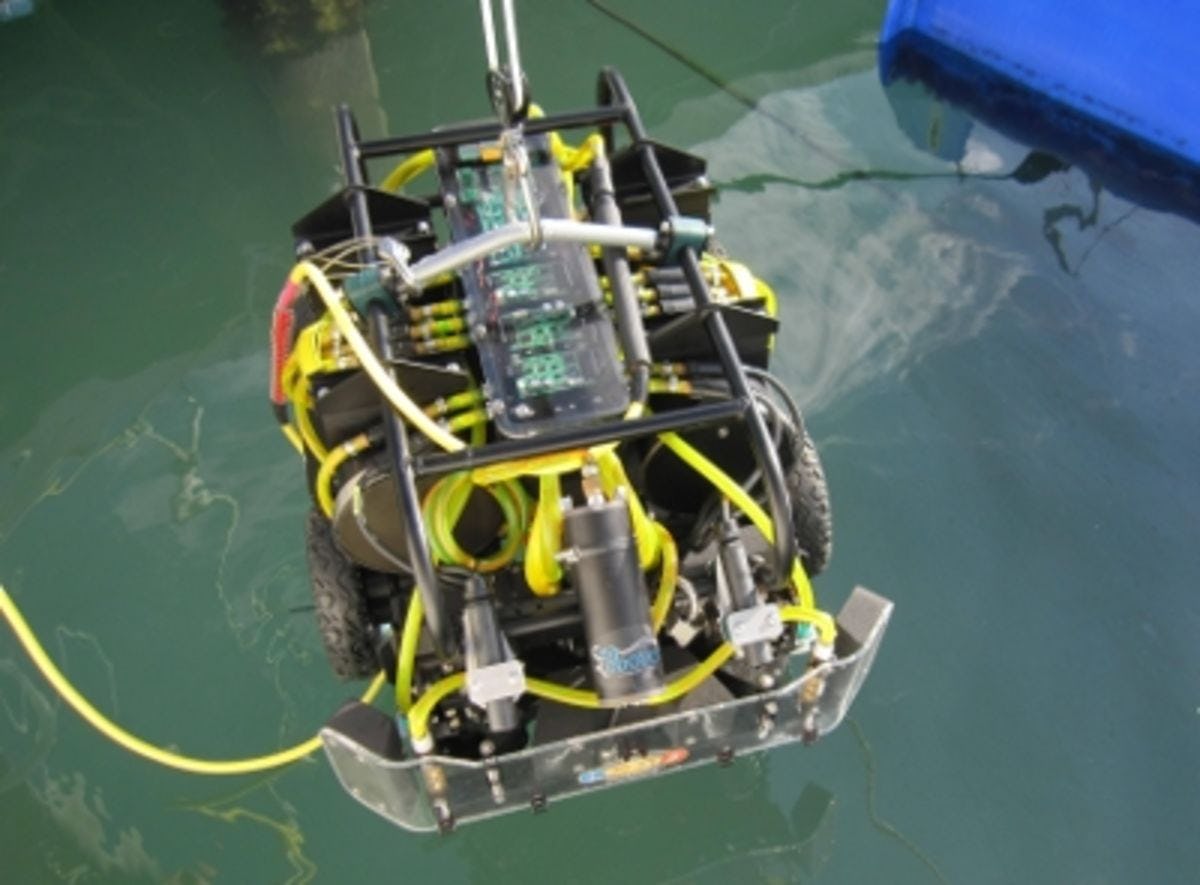 The next steps for the HullBug team are to physically test the sensors on the robot and further develop their path-planning algorithm to refine its accuracy.

Keeping an eye on open water

Unmanned surface vehicles hold great promise as surveillance tools on the open ocean. But in order to maximize their utility, assumptions about systems components and the physics governing their motion need to be tested.

The Wave Glider team did exactly that.

"We wanted to assess existing glider models to collect more data on how to make them travel faster, farther and for longer periods of time than currently possible," said Schlappich. "Our research will contribute to advancing design models that can travel autonomously for up to a year, giving DHS a realistic option for persistent maritime surveillance."

"In order to do that, we developed our own modeling algorithm," said Sitler, "which we found by running simulations with the hydrofoil."

Their plan relies on harvesting wave energy and translating it into horizontal thrust, using rotating hydrofoils on the glider to create more propulsion. To accomplish this, they had to determine how the glider created motion and build a mathematical model to predict and optimize it. After much trial and error, they found one that accounted for drag and external thrust, giving them a model accounting for steady-state velocity. 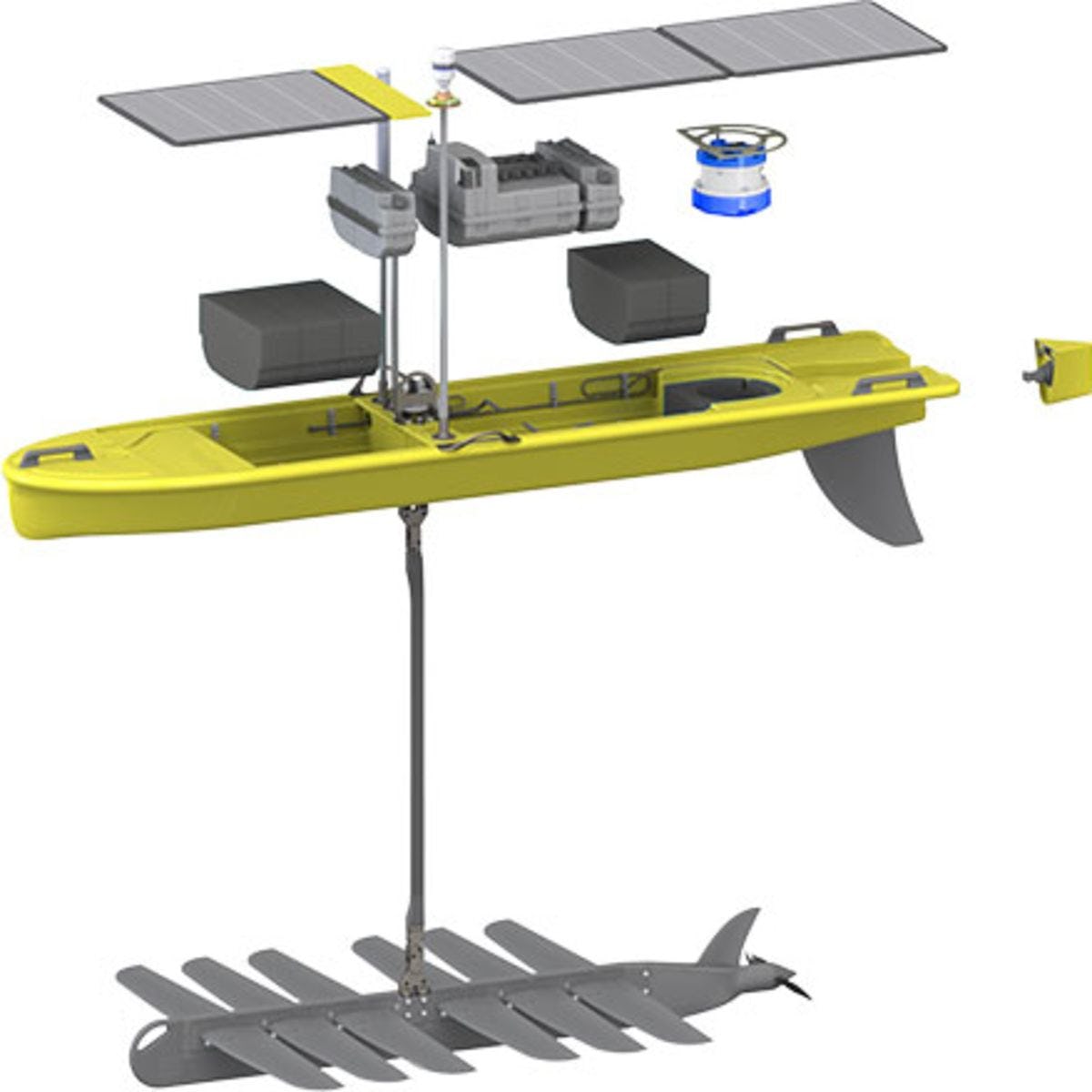 The next steps for the Wave Glider team are to hone the algorithm and finish the model, allowing for variable force. They hope to see strong results in a year.

Underwater pipelines are lifelines for industry. But when they need repair, they can be difficult to locate due to the complex, low-visibility and constantly changing underwater ocean environment. Remotely operated underwater vehicles (ROVs) are a potential solution, but they need to learn how to successfully and consistently navigate the shifting complexities of that environment.

The BlueROV team is teaching them how.

The team working on the project, comprised of Stevens mechanical engineering students Victoria Kapp and Asif Uddin, computer science student Joshua Zeitlinger and University of Alaska-Fairbanks electrical engineering student Naomi Kroyer, is working with Englot as well. Their goal is to enable an existing ROV to remotely monitor underwater conditions, increase its situational awareness to ensure its safety in the environment and detect problems quickly in order to mitigate environmental disasters.

"The importance to DHS is decreasing the risk of oil spills and the number of deep sea divers who manually inspect pipelines," said Kapp. "We can deploy an ROV in their place and detect damaged pipes or ones that need repairs in a more timely, cost-effective, and low-risk fashion."

First, the team fabricated a 100-foot mockup of an undersea pipe in the Davidson Laboratory tank to test the ROV. Then, they worked to implement the ROVs increased functionality by adding a more powerful relay switch into the existing electrical circuit as well as a micron sonar. That stage was challenging because the wiring wasn’t strong enough to support the amperage they needed, and the sonar’s power cable is no longer manufactured. They overcame both of these challenges—and then had to hone sonar software. "I knew nothing about computer vision, sonar, robotics or anything maritime-related before working on this project," said Zeitlinger. He dove into research and taught himself from scratch, testing different algorithms and combining machine learning techniques to refine the sonar’s ability to detect both straight and curved pipe while ignoring extraneous features in the environment. "In the end, the sonar software repeats the refining process to get a robust, autonomous scan of the pipe," he said. Its accuracy was very close to 100 percent. 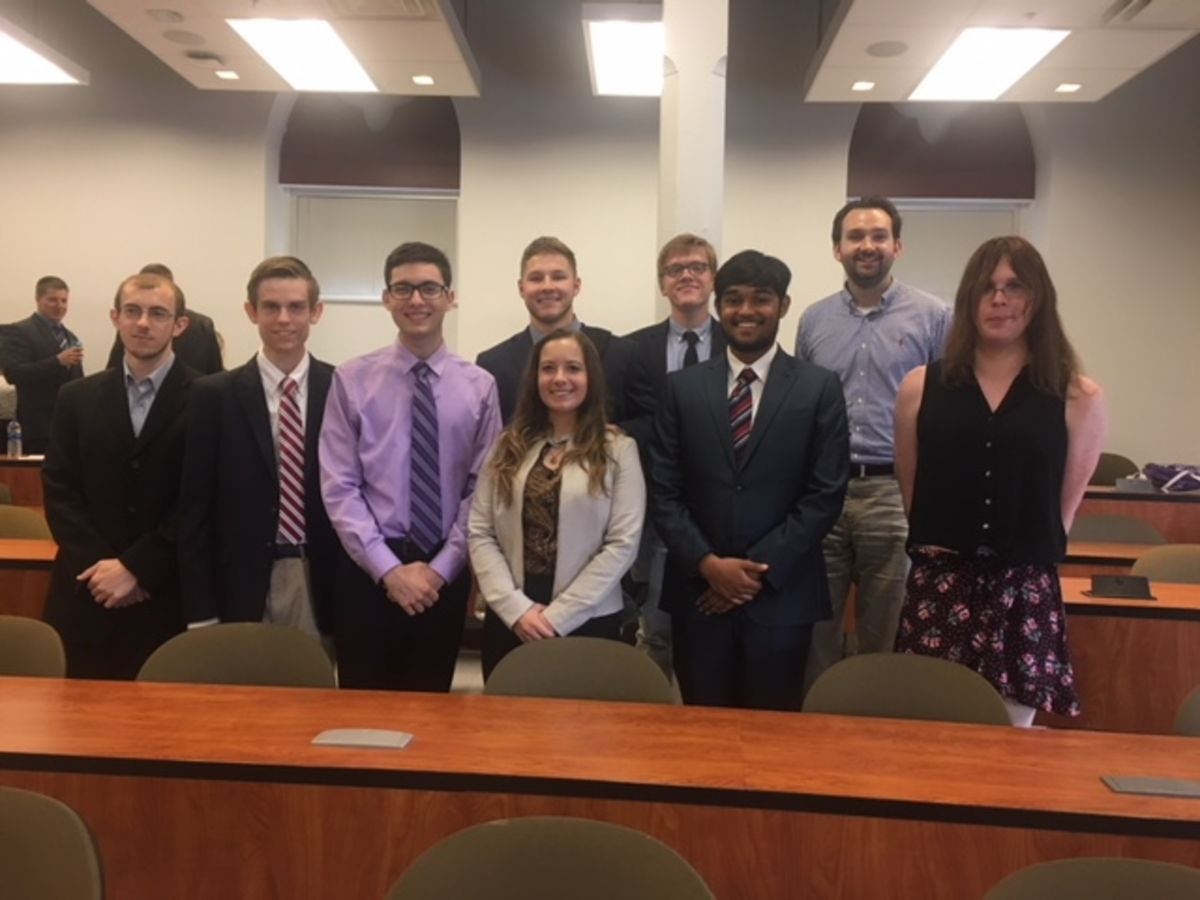 The next steps for the ROV team are to test its new setup in the field, and improve the sonar’s ability to detect pipelines in more complex environments using deep learning and neural network techniques.

Unmanned aerial systems (UAS) can serve as a force multiplier during U.S. Coast Guard missions. They are great tools for maritime security, with potential to provide situational awareness during search and rescue operations, and in the interdiction of drug trafficking and illegal fishing. Payload limitations, however, can constrain the efficiency and utility of UAS over long distances and in remote environments.

The UAS team’s research addressed this issue, resulting in the development of a lightweight, easy-to-deploy drifter buoy system.

Designed specifically to be UAS deployable, the system can be utilized to monitor environmental disasters and relay critical oceanic data.

"The importance to DHS is being able to provide dynamic data with an affordable and robust system," said Albarella. "A self-locating buoy is inexpensive and expendable while also providing near real-time data collection."

First, the team created a small, modular, automatically-deploying self-locating datum marker buoy. They then created a low-drag, lightweight release mechanism, release software allowing for autonomous deployment, baseline sensors and several additional sensor suites to collect and analyze data for all of the above situations.

The team faced several setbacks in refining their design. "We struggled to get the design right," said Albarella. "We had so many different variables to account for. It was a challenge to take them all into account and create a design that meshed into a cohesive system." 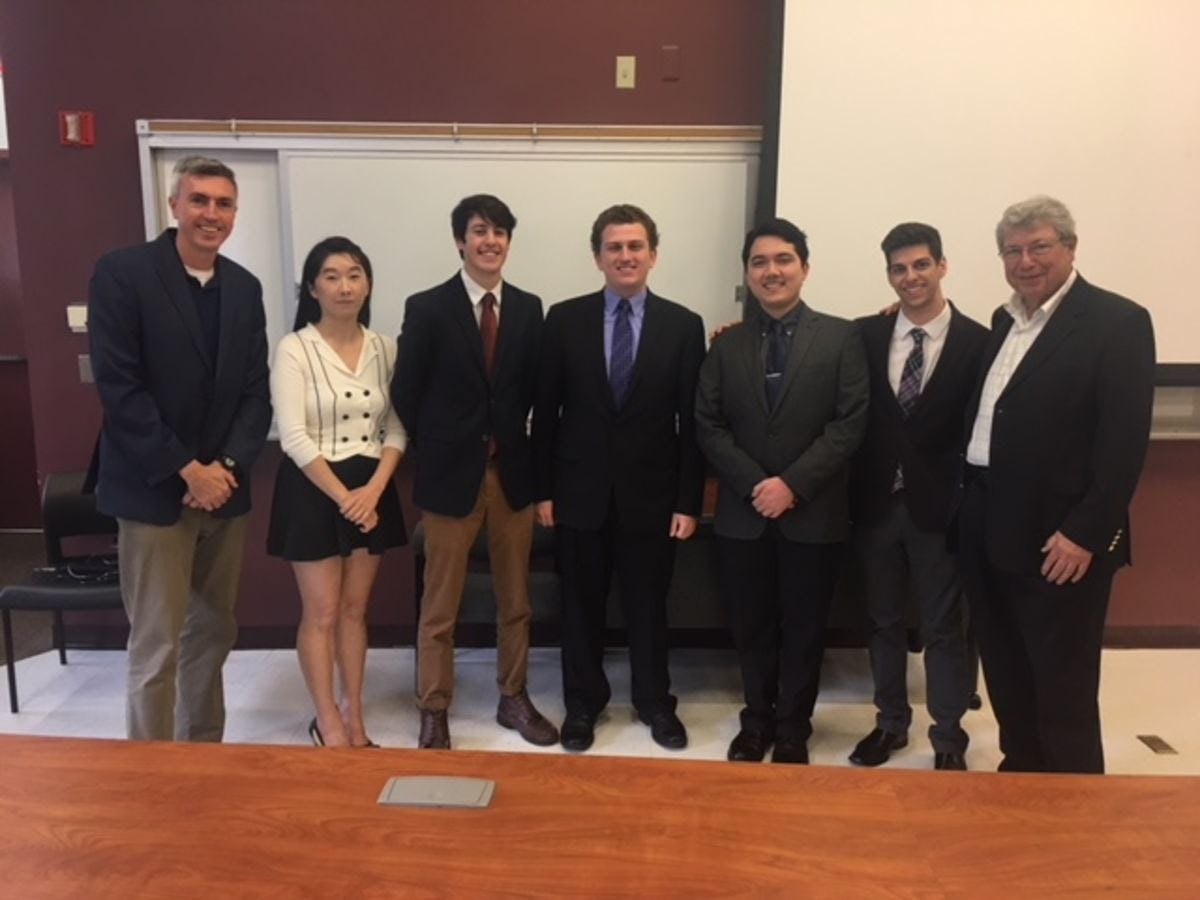 In the end, the final design was so strong that the team filed an invention disclosure and is likely to file for a provisional patent. The team’s next steps are to continue refining the design of the release mechanism and buoy, and construct a working prototype.

While UAS can be used for data collection, they can also be used for illegal activities including disrupting high traffic areas, biological warfare, transporting drugs and illegal surveillance.

The maritime cybersecurity team found a way to stop them.

In order to stop potential drone attacks against the maritime transportation system, the team built a mobile hacking and recon platform called the "No Drone Zone." The platform utilizes a small device that can be mounted on a ship, creating a square zone that disables drones once they cross its barrier. Small and compact, the system blends Raspberry Pi and Cali Linux, Python, HackRF and Gnuradio to create a three-part system that can automatically detect, identify, locate and disable drone connections in mid-air—and in real-time.

"The benefit to DHS is being able to stop crime instantly," said Duca. "Cybercrime evolves quickly, and ships don’t always have the latest equipment to stop it. This system, which is affordable and portable, will enable ships to protect themselves from the most vulnerable pirate attacks." 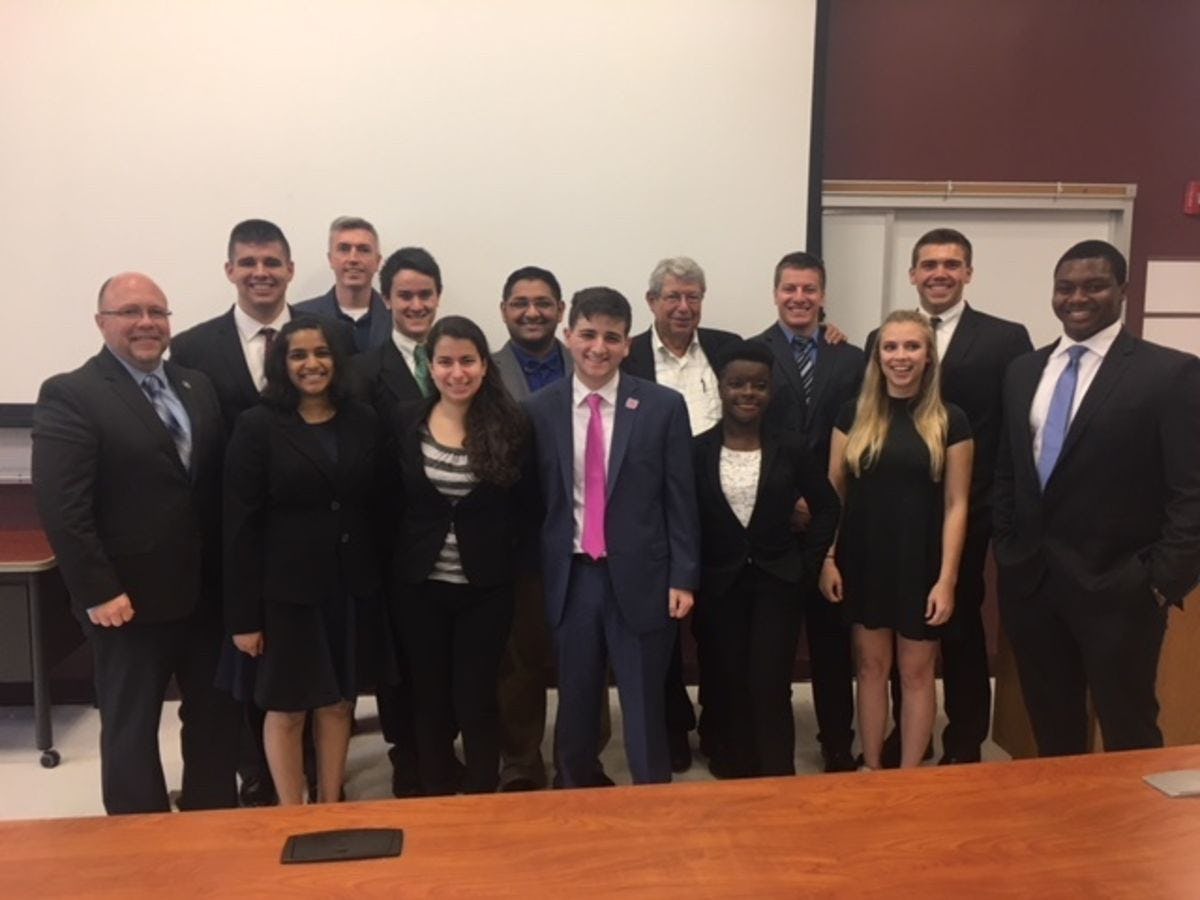 The team demonstrated proof of concept, and their next steps are to hone the wifi neutralization with other types of drones. They would also like to create a method to attach the system to buoys so they can offer protection on open water.

Hope for the future

Given all the input on these projects after eight weeks, and all the recommendations these teams have made for next steps, these projects—and students—will certainly have a bright future.

"SRI has a long history of inspiring student-led innovations," said DeFares. "Getting incredibly bright, talented students to think about and solve maritime and homeland security concerns is what our program is about.”