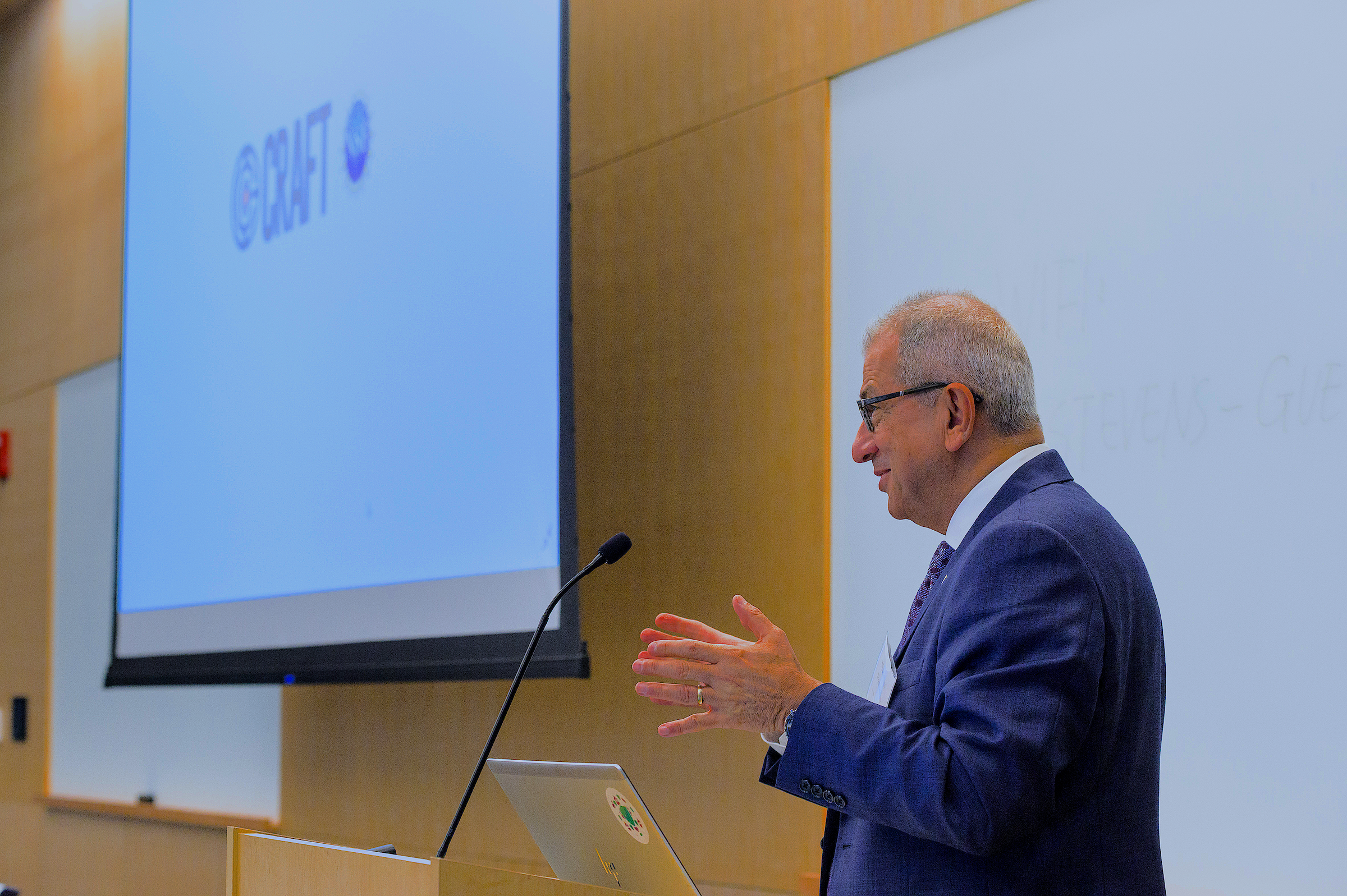 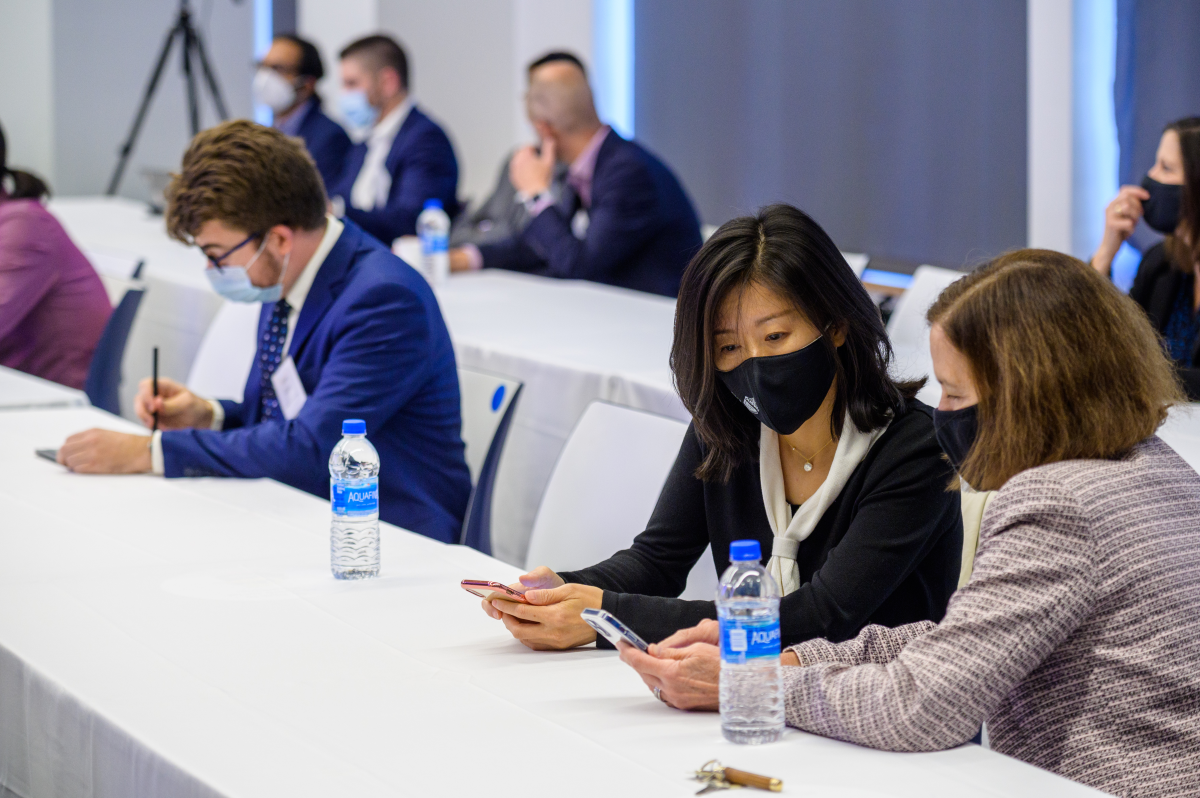 Participants from the financial industry, academia and government agencies convened  in the

"We were hoping to energize connections and conversations between industry experts and academia on important questions facing the financial industry, questions that CRAFT researchers will shortly begin addressing," said Stevens business professor and CRAFT director Steve Yang. "And I think we saw exactly that begin to happen here. There was real excitement."

Stevens alumnus and trustee Sean Hanlon '80, with his wife Cathy the benefactor of the university's Hanlon Financial Systems Center and — through his investment firm — the first corporate partner signed on as a CRAFT member, spoke next. 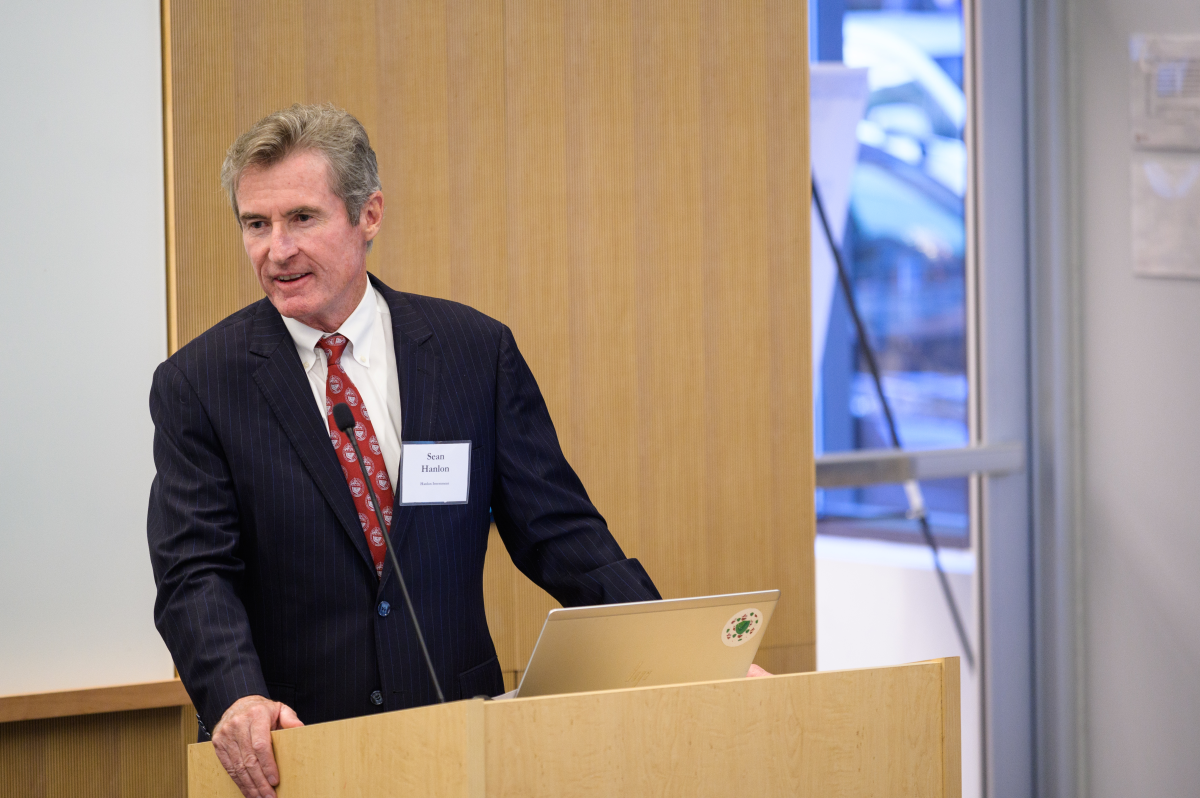 Hanlon noted how Stevens and RPI faculty and students will bring "intellectual firepower" to problems in finance, and that the collaboration has already fielded interest from organizations small and large — including international partners as well as New Jersey's Office of the Governor and the state's economic development authority.

"The upward trajectory of fintech will only increase," emphasized Hanlon. "So far, in 2021, U.S. fintechs have raised roughly $43 billion in funding. CRAFT's leadership have powerful dreams and are committed to delivering world-class fintech research to our valued partners. I cannot wait to see the outcomes."

Stevens President Nariman Farvardin followed, noting Stevens and RPI will support one another in CRAFT's work with complementary expert knowledge in areas including the blockchain, cybersecurity and emerging cryptocurrencies. Provost Jianmin Qu added that NSF's commitment to five years of initial support "signals the federal government's recognition of the importance of technology in the financial industry," and that corporate involvement "will be crucial to the success of the center."

Stevens School of Business Dean Prastacos called the launch a landmark day signaling the creation of a new "hub of collaboration" that will explore problems on a national scale at the intersection of business and technology. Prastacos emphasized how many talented students will contribute to the financial research and technology development produced, taking advantage of access to resources such as Stevens' leading-edge financial laboratories.

Chris Giancarlo, a cryptocurrency expert and former chairman of the U.S. Commodity Futures Trading Commission, then delivered a keynote talk on digital currencies. Giancarlo noted the wide array of issues that will shape what he called a "battle" over the future of these currencies — which are already a multi-trillion-dollar industry.

CRAFT, he noted, "is exactly the type of public-private initiative that is needed to explore this new 'internet of value.' "

Giancarlo took questions from participants, responding to one questioner that the American dollar may not necessarily remain the global monetary standard in the future and noting how commodities served as monetary standards prior to currencies. He also discussed China's national development of a digital yuan, a movement toward a single interconnected financial network and technology with tremendous efficiencies and cost savings that could weaken confidence in the world's hard currencies.

Giancarlo concluded by warning that attention to the privacy and security of digital currencies will be critical as they gain increased global traction.

After a lunch break, IUCRC director Behrooz Shirazi spoke further about the new center, explaining how the NSF's IUCRC model supports the research collaboration of industry and academic partners by funding administrative and operational costs while enabling member partners to share any intellectual property developed on a royalty-free basis. 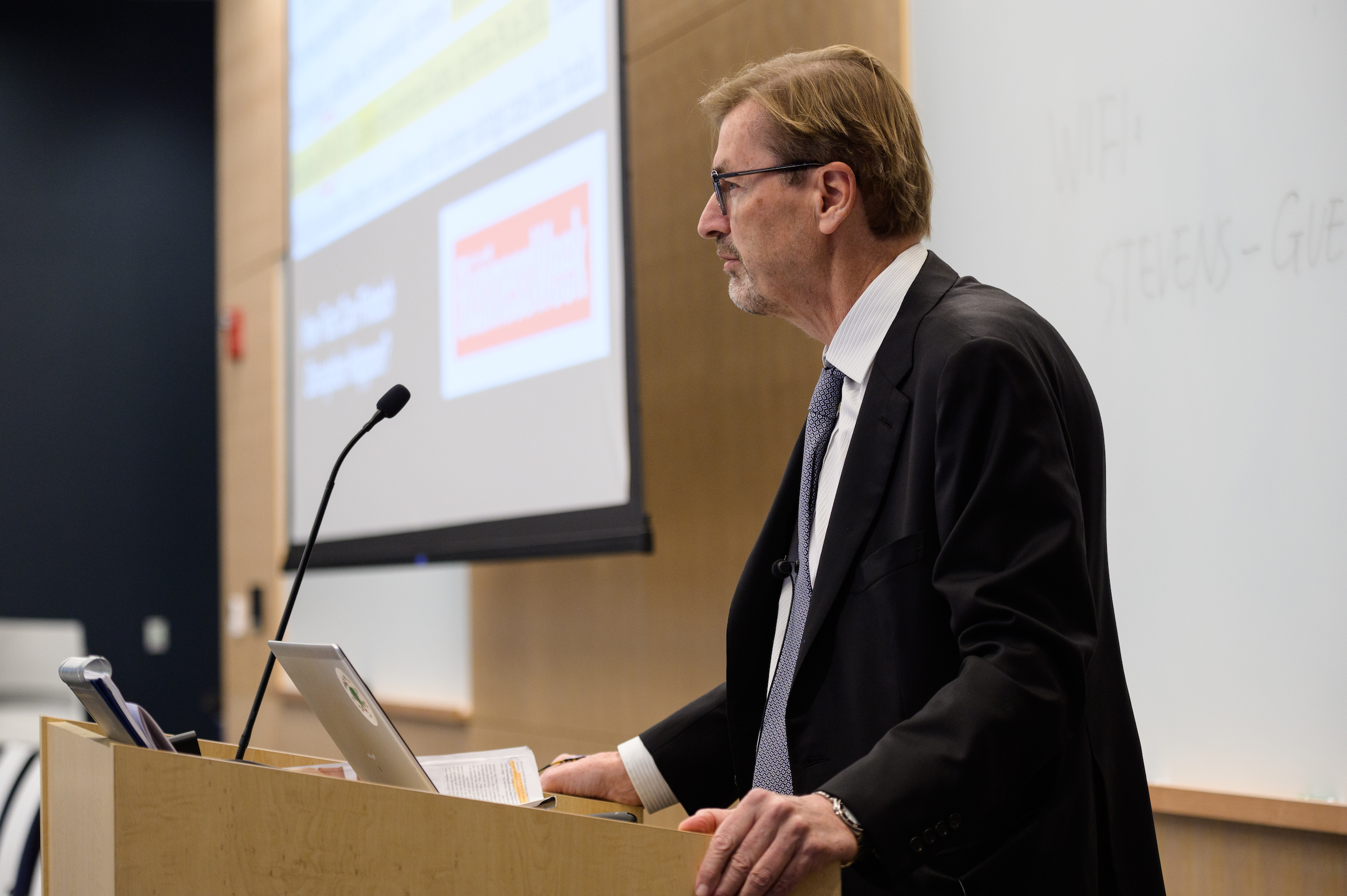 Shirazi noted the high leverage and return of partners' membership fees in the IUCRC model, while highlighting the networking and recruiting advantages of corporate membership.

"This is a great opportunity for you," Shirazi said to attending industry members," to get to know the students who are participating in the center — students doing the kind of research and work that is of interest to you."

Day 2 of the event was largely given over to additional industry-led panels — on such topics as regulation and consulting — as well as a series of presentations on potential topics of investigation by the center's associated faculty and associated students when research projects formally begin in 2022.

The next scheduled CRAFT event will be a formal business meeting held on the RPI campus in spring 2022, during which an industry advisory board will be formed and official bylaws adopted. 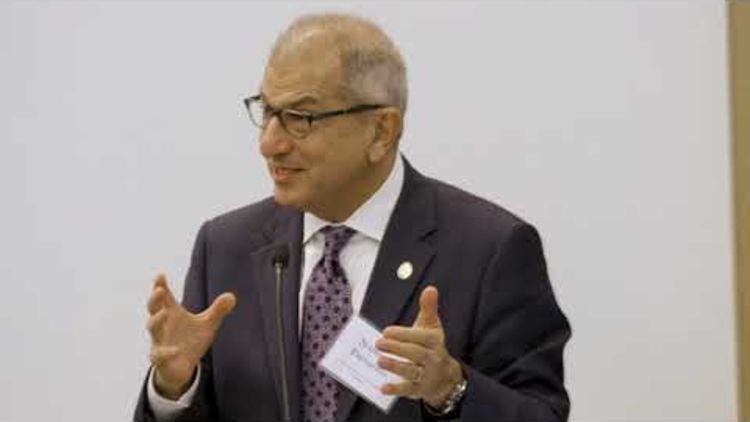