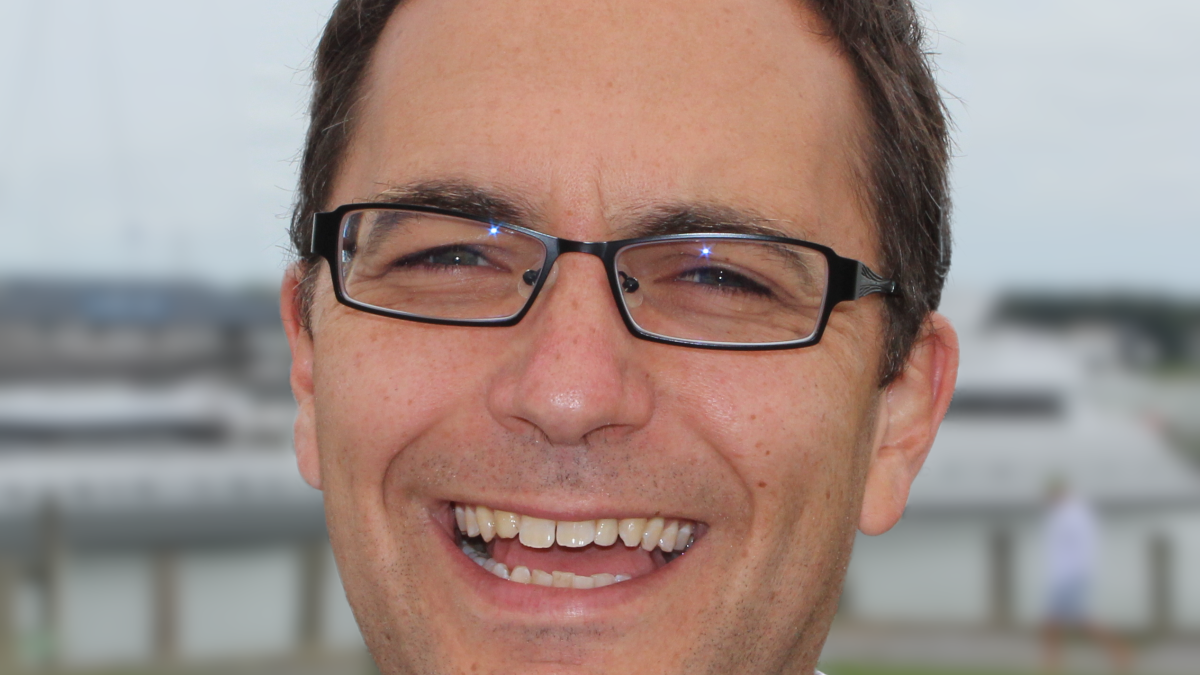 As Stevens expands its footprint in AI, Corso will bring new ideas and strategies to the university's initiatives, projects and outreach in the discipline going forward.

"It's important to do scholarly work in the context of real-world problems," he says. "We want to enable people to leverage AI, through apps and other programs, that has previously been inaccessible to most."

While he will be new to Stevens, Corso has deep New York City roots. He grew up in Queens and on Long Island.

As a child, he received a Commodore 64 computer for his sixth birthday and immediately set to work copying and writing BASIC programs from the manual.

"Seeing my software creations on the monitor fascinates me to this day," he says. Later, he built his own personal computers from kits, including an IBM 486DX Corso programmed to speak back to him.

"It never really stopped," he recalls. "My first real job was in technology, coding at a New York City technology firm that still exists."

Over the course of a 20-year career since, he has produced AI research on a range of topics, including early foundational work on AI-driven video captioning and object segmentation.

Now, impressed by the growth and investment at the university during the past decade, he has joined Stevens to continue and expand that work.

"Stevens growing its faculty 50% in five years is not easy to do. I was very encouraged by this willingness and interest to grow," notes Corso. "AI is here to stay. As a technological-focused university, we need to remain competitive in and become leaders in AI. It is our responsibility to study and understand how AI is impacting and will impact society.

"We need to put our flag in the ground, make contributions that resonate and stick in the consciousness, and capitalize on the collective effort already happening here."

Corso says he will bring both vision and new plans to the SIAI research group.

"We need to enable our faculty, more than ever, to further their research activities by providing a superior scaffolding through the university. And we also need to show the world a cohesive strategy, a personality, specific focused areas where we are saying 'we are leaders in this, here's what Stevens' AI institute is doing.'

"As we do this, we can begin to capture the interest of industry and government partners, and to demonstrate to them that Stevens is the right place for their investment."

As one example, Corso will encourage the creation of new AI software and other artifacts that become widely viewed, discussed and used by both scholars and the broader public.

On the heels of the 2020 U.S. election cycle, he suggests an example.

"What if Stevens created and posted a 'deepfake' detector to predict whether a new video of a politician is likely fake, then rolled it out during the next election cycles," he says. "A searchable database of confirmed 'fake news.' That's just one example of something we could build. I will encourage this type of new work, as director: work that catches both the public's eye and researchers' interest."

"Building AI literacy among the professional segment is something we can and should do," he says.

And he will work to increasingly connect Stevens' AI research efforts with industry, including through the formation of advisory groups, through  robust presence at key events, and through increased informational sessions.

"Everyone in industry has an AI group; every industry thinks about AI right now, even those you might not expect," Corso points out. "We need to be cognizant of this and build engagement with nonprofits, foundations and industry so that we will be able to hit the ground running."

As he moves the university's efforts forward, Corso will continue conducting his own research and advising students.

"I didn't take this job to solely do administrative work. I still write a lot of code," he concludes. "I will definitely have a research group at Stevens, and a research lab and students."

Watch Jason Corso talk about the future of AI at Stevens and beyond in the following webinar recording: