Stevens Welcomes Class of 2024 in a Virtual Convocation 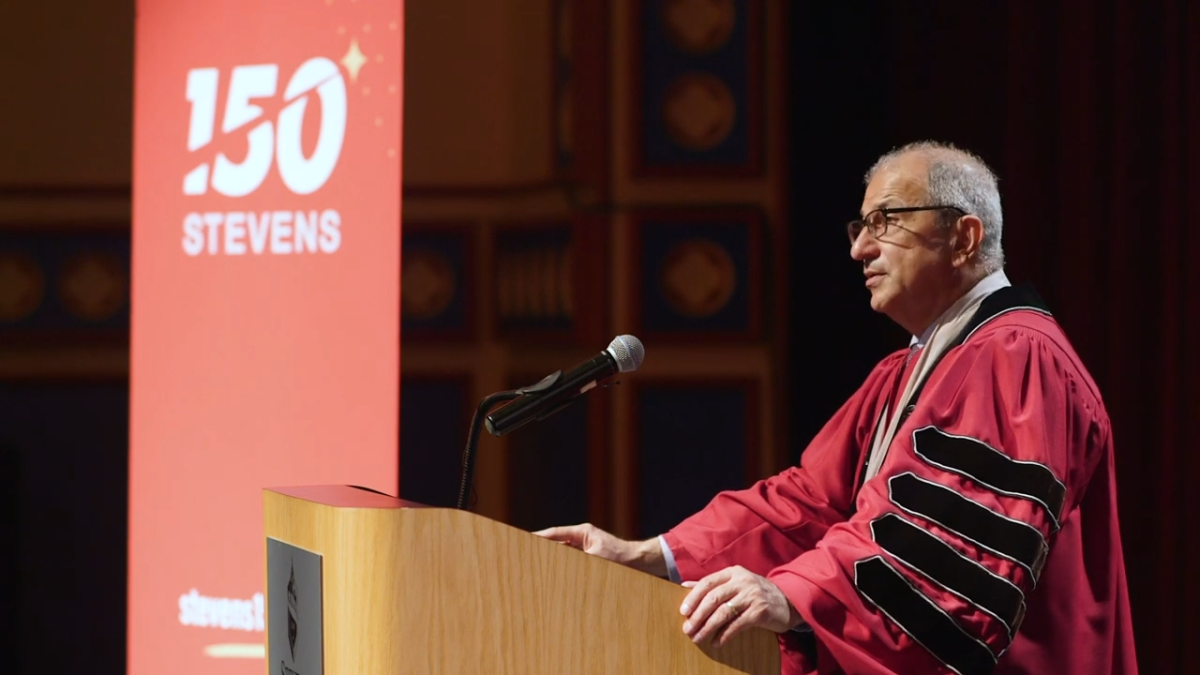 “During these unprecedented times, we come to you today, virtually, from DeBaun Auditorium, officially welcoming you to Stevens Institute of Technology.”

Absent was the pomp and ceremony of traditional convocations, most notably the academic procession. The empty auditorium spoke volumes about this most unusual start to the new academic year.

But in his address to the nearly 1,000 new freshmen and undergraduate transfer students who make up the university's Class of 2024, President Nariman Farvardin spoke poignantly of the challenges of the 2020-21 academic year, reminding members of the incoming class about their shared responsibility to make the new academic year the best and safest it can be.

“While we’ll likely remember the special precautions we are all taking – face coverings, social distancing, handwashing and testing – I am confident we’ll also remember the grit and determination that you’ve shown in getting to this moment. You are the reason we are all here,” President Farvardin told the new class.

Student-centricity was also at the heart of remarks by Dr. Christophe Pierre, Stevens’ provost and chief academic officer.

“Everything we do at Stevens is for you, the students,” Dr. Pierre said, citing the mission of faculty, staff and administrators and pointing to the impressive progress made on the construction of the new Student Housing and University Center.

He encouraged the new class to make the most of all that Stevens has to offer: to consider doing research projects with professors, to look into doing internships or co-op opportunities in industry, to pursue graduate degrees through Stevens’ Accelerated Master’s Program (AMP).

“Even though you may find it hard to believe, your time at Stevens will go by quickly,” he said.

They spoke of the value of embracing change and independent thought and the importance of accountability both inside and outside the classroom.

“Get comfortable being uncomfortable,” Molla said, adding, “Don’t go around passively accepting things as they are, challenge yourself to do more and go further.”

Akmal spoke of the commitment to values the Stevens Honor System represents that foster an environment of accountability, honor, integrity and respect.

“How you conduct yourself not only reflects on who you are. Our collective behavior reflects on how Stevens is regarded as a whole,” Akmal pointed out.

He then asked new students to pledge their commitment to the Stevens Honor System, reading aloud the pledge:

As the innovator and leader of SHEP, Dr. Lombardi has secured seven successive grants from the state of New Jersey that have resulted in more than $3 million in awards and is the innovator of the Stevens SATMax college prep program for urban high schools. He is also the recipient of several teaching awards, including the Alexander Crombie Humphreys Distinguished Associate Professor Teaching Award.

“Of all those jobs that I have, the one that I like the best is teaching,” he shared before discussing five factors – decency, fortitude, industry, integrity and knowledge – necessary for a successful undergraduate experience at Stevens.

What all those factors add up to, he explained, is community.

“We’re so excited and grateful that you’re here with us. And remember that ‘community’ is a common unity. Nobody wins unless we all play to win,” he said.

“I can’t wait to see all of you and work with all of you. And forward we go.”

Victoria Velasco '04, president of the Stevens Alumni Association (SAA), welcomed the new class on behalf of the 50,000 Stevens alumni around the world.

She reminded the Class of 2024 that they would be adding to the 150-year legacy of innovation, entrepreneurship and philanthropy that have produced alumni such as artist Alexander Calder, Class of 1919; NASA pioneer Aaron Cohen M.S. '58 Hon. D.Eng. '82; Beatrice Alice Hicks M.S. '49, the first president of the Society of Women Engineers; Stevens Trustee Virginia Ruesterholz '83, the first woman to serve as chair of the Stevens Board of Trustees; and tech influencer Marques Brownlee '15.

“Over the next few years you will make decisions and take on challenges that will shape our world. How will you carry that torch and live out the Stevens legacy? I know I speak on behalf of the entire SAA when I say, I can’t wait to find out.”

The ceremony concluded with the traditional singing of the Stevens Alma Mater, performed by the President’s Ensemble. 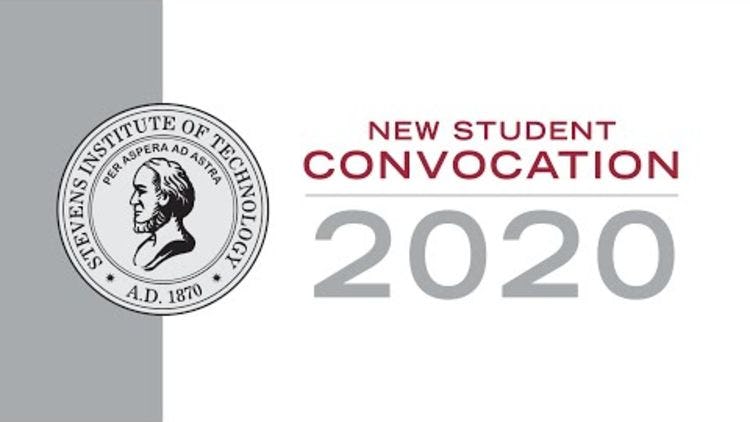