Shooting the Rock: Matt Brand ’21 Brings Us Postcards from Mars 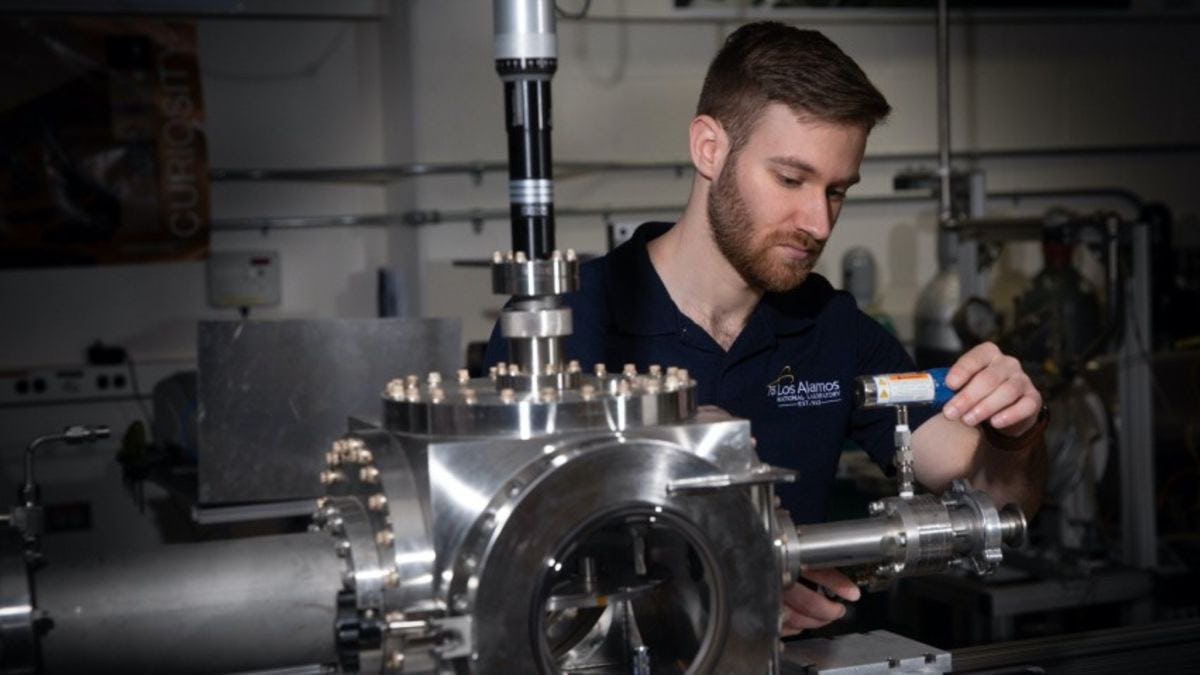 As a child growing up on New York’s Long Island, Matt Brand always wanted to work with computers — and also often dreamed of working for NASA, inspired by seeing the Curiosity spacecraft land on Mars as a teen.

Now, thanks in large part to his Stevens education and research, he does both.

“I feel pretty fortunate to be doing this work, which doesn’t feel like a ‘job’ so much as a passion,” says Brand, who helps plan and operate missions using sophisticated imaging tools aboard NASA’s Perseverance and Curiosity Martian rovers from an office at Los Alamos National Laboratory (LANL) in New Mexico.

“Though I am fairly new, I have significant responsibilities on these projects.”

A summer program, a NASA project

After playing with computers and beginning to learn coding at an early age, Brand found Stevens through a family friend who chose Stevens over MIT after being accepted to both universities.

“That opened my eyes,” says Brand.

Later, as a high school junior, he spent a week on campus studying computer science as part of a Stevens Pre-College Program.

Fast-forward three years and Brand is now a Stevens Pinnacle Scholar: a computer science major who shoots photos of Hoboken and New York on the weekends as a hobby, and also leads the new Attila Entrepreneurs student organization that he helped form. He’s planning to study abroad for the summer.

“What do I do?” he recalls. “I immediately checked the listing of Stevens summer research projects, and there happened to be one NASA project. That really caught my eye.”

That research involved School of Systems and Enterprises professor Paul Grogan’s recent work to build a new “testbed” system for NASA that will help the agency coordinate satellites and other ground systems with each other, improving information flow and operations management. 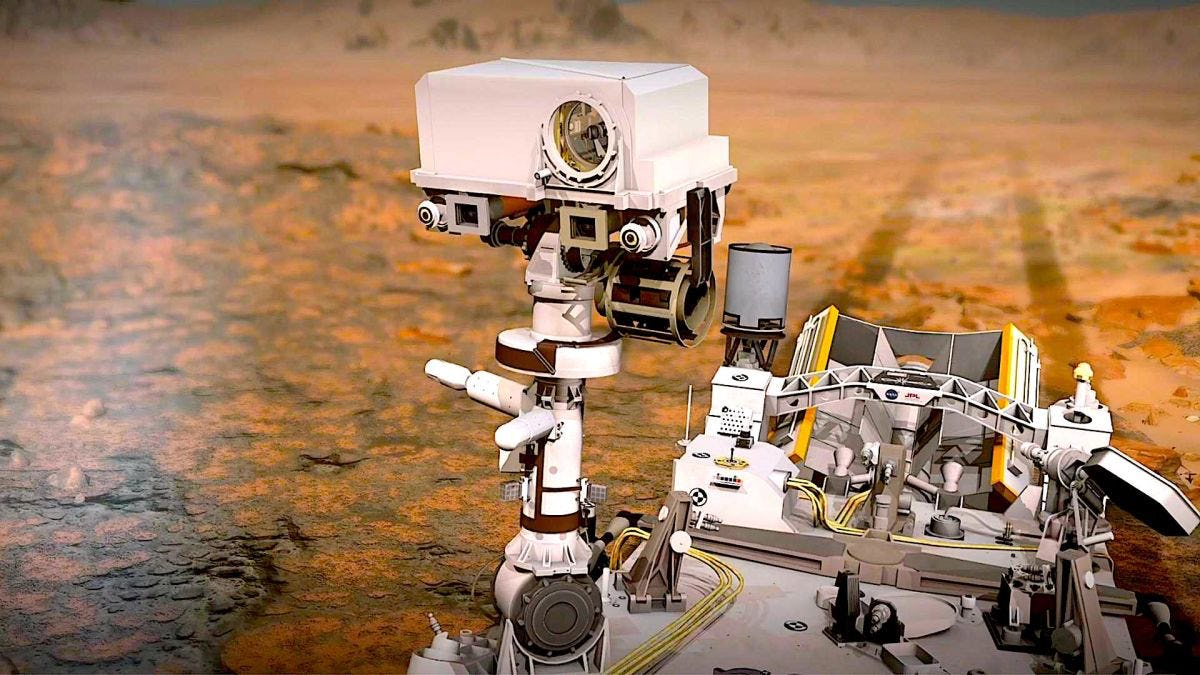 NASA/JPL-CALTECH/CNES/CNRS/LANL“Satellites are constantly orbiting the Earth,” explains Brand. “Dr. Grogan is building a system to experiment with new operational concepts, specifically to test and improve their communications with each other. Let’s say a satellite flies over a hurricane. What if it could automatically signal the next passing satellite to get a closer look at the most interesting parts of the storm? Right now that’s not done automatically, only manually.”

“To advance that kind of communication, you need to build new information systems to coordinate operations.”

Working with Grogan, Brand helped write code that simulated the operations of multiple satellites, as well as the messages flowing between different nodes of an observing system, in languages that are not currently standardized.

“He quickly picked up the communication protocol (MQTT) used on the project, and tapped into a deep interest in space systems to understand the fundamentals of Earth observation satellites,” says Grogan of his former student. “His contributions to the NOS-T test plan built on systems- and software-engineering best practices to help verify that the proposed information system meets requirements.”

During the project, Brand also served as a test operator orchestrating the startup sequence for integrated testing with partners at four NASA centers (Goddard, Langley, Ames and Caltech’s Jet Propulsion Laboratory) and two universities (MIT and, of course Stevens) — each controlling a portion of an observing system that could potentially monitor flood events worldwide.

When the summer concluded, Grogan invited Brand to continue working on the project during his senior year and he happily accepted.

“That experience was definitely helpful when applying to Los Alamos,” he says now. “I had always wanted to work on NASA spacecraft, but it felt out of reach. This project helped show me it was possible with my background.”

At LANL, much of Brand’s daily work involves two key instruments onboard the two Martian rovers: ChemCam (onboard 2011-launched Curiosity) and SuperCam (on 2020’s Perseverance). LANL, which maintains laboratories specializing in spectroscopy, developed and helps operate them in conjunction with the Centre National d'Etudes Spatiales (CNES) in France.

Each of the two instruments utilizes a high-powered laser to shoot rocks on the surface of Mars from several meters away, revealing their chemical composition from the gaseous plasma created as the laser contacts the rock through various spectroscopy techniques.

Those techniques have enabled ChemCam to make several important discoveries, including helping reveal subsurface salt deposits that may indicate previous bodies of water. The newer SuperCam incorporated several upgrades, including the capability to take color images and a microphone that recorded the first audio ever captured from the Red Planet.

The instruments have already beamed more than 1 million shots at Martian rocks to date. And as an engineering operator for both, Brand’s days get extremely busy.

“Each day, we plan what the rovers will do,” he explains. “It’s almost a mission-control scenario. We all meet daily to assess and coordinate the rover subsystems: power, telecom, mobility, all the instruments. We take each day’s scientific objectives —‘shoot this rock with this laser,’ essentially — and turn that into plans, then create computer code that is sent up to the rover at the end of each day.

“We also check daily to make sure each rovers’ activities are safe for that rover, and that the instruments remain healthy. My days are very dynamic.”

The age difference between the two rovers and their instruments presents continual technical challenges.

“There’s a lot of overlap in the personnel involved in the two missions, but remember: Curiosity landed 10 years ago,” explains Brand. “So there’s a big technology gap between the two missions. Even though the rovers and instruments look pretty similar, the software used to control them is very different. There have been a lot of advancements in the software during the interim.

"That means operations planning for each is also quite different.”

Perseverance, for example, has ground software to enable scientists and engineers to target rocks in color and 3D. Targets for Curiosity, now celebrating its 10th year on Mars, are still chosen from black and white 2D images.

“We do transformations on the raw data to generate scientific data products such as graphs,” he says. “The things I learned at Stevens really helped me excel at these programming tasks.”

Reflecting upon his first year in the Southwest helping scientists keep an eye on the Red Planet, Brand is grateful that he fulfilled a childhood dream by working with the rover he once watched land on Mars.

“I love it,” he concludes of his role. “It’s a lot of hard work, but after working a long day you get pictures that you helped take of Mars. You are showing people exotic landscapes that no one has ever seen before. That’s incredible.”

“You have helped people see something for the very first time. It makes a hard day really worth it.