PSEG and Stevens: Partners in Progress 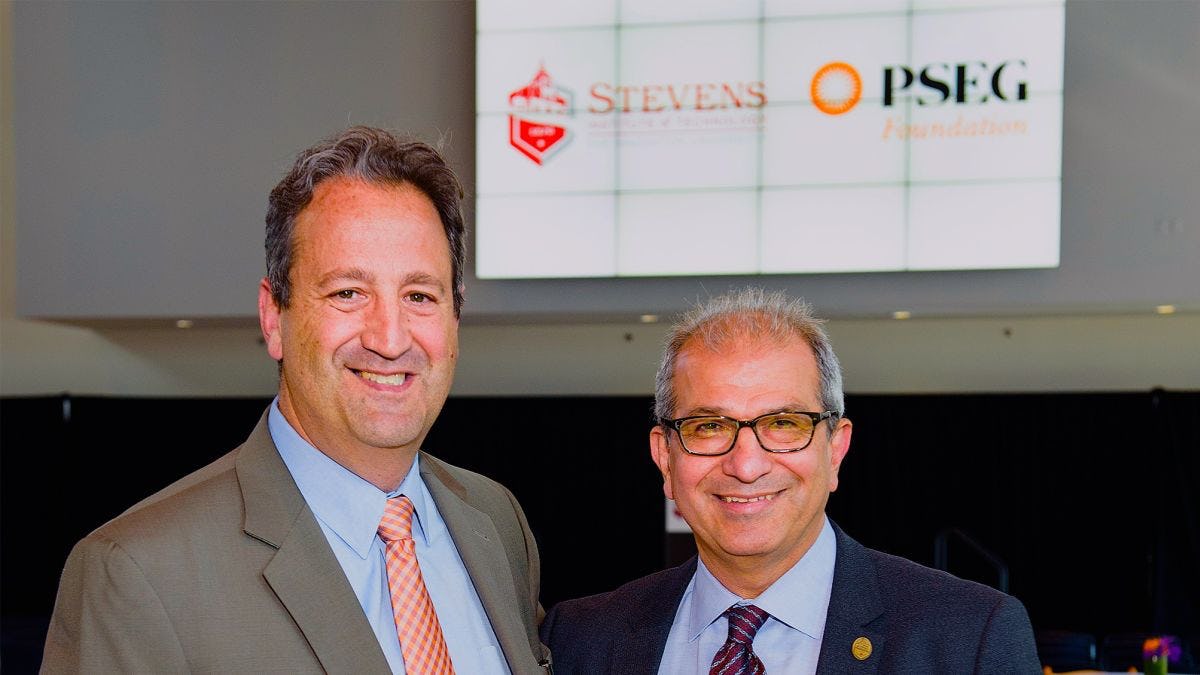 When the New Jersey-based energy group PSEG announced, in 2020, that it would contribute three additional years and $1.2 million in additional financial support for Stevens faculty and student research into novel energy technologies, it was only the latest expression of a close relationship that has continued to grow and strengthen over time. 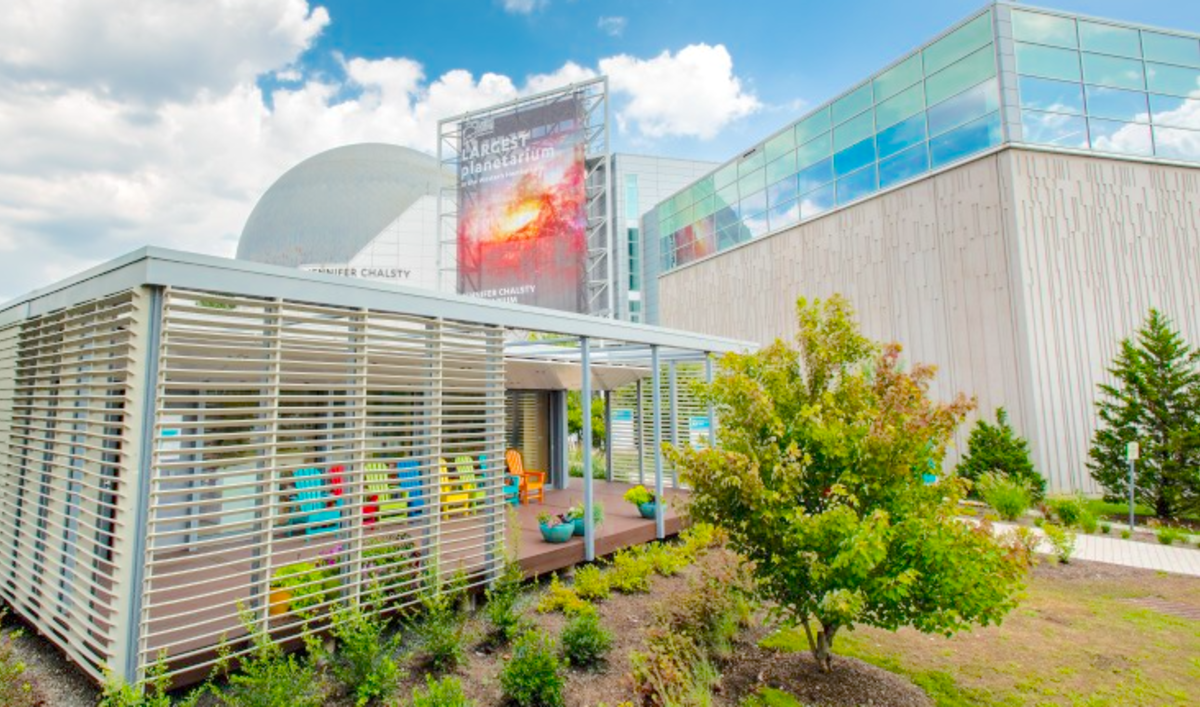 The award-winning, student-designed SU+RE HOUSE's construction and relocation to New Jersey were each supported by generous gifts from PSEG

PSEG and its PSEG Foundation have long partnered with Stevens on projects of mutual interest and benefit, in line with the company's stated priorities of collaborating with local institutions and organizations on environmental stewardship, sustainability initiatives, and learning and educational opportunities

"Generations of students have benefitted from [their] generosity," said President Farvardin of PSEG, noting how the company has been involved in supporting Stevens programs for both enrolled students and local high school students for a decade or more.

"PSEG’s partnership with Stevens Institute of Technology is unquestionably one of our company’s most prized relationships – and one that benefits both of our organizations tremendously," said Kim Hanemann, president and chief operating officer of the group's PSE&G utility subsidiary.

"Stevens, with support from the PSEG Foundation, is able to perform leading-edge research and provide its students opportunities to perform work in fields that have a concrete impact on the world around us.”

"Our partnership with PSEG will help Stevens continue pushing into new frontiers of knowledge, learning and scholarship," said Schaefer School of Engineering & Science Dean Jean Zu when the energy-research partnership was first announced. "We're so grateful to have such a partner, and we look forward to many future collaborations and successes."

To date, the company has given $2.7 million in support for an array of research projects known as the PSEG-Stevens Energy Initiative.

The work focuses on photovoltaics materials, solid-state battery materials and biomass-to-biofuel conversion, including efforts to develop:

The energy-research partnership with PSEG has already enabled Stevens to recruit a leading energy expert to campus, acquire state-of-the-art atomic force and transmission electron microscopy, leverage more than $1 million in additional external funding for the effort, and present events to New Jersey schools and youth organizations on the importance of sustainable energy research. 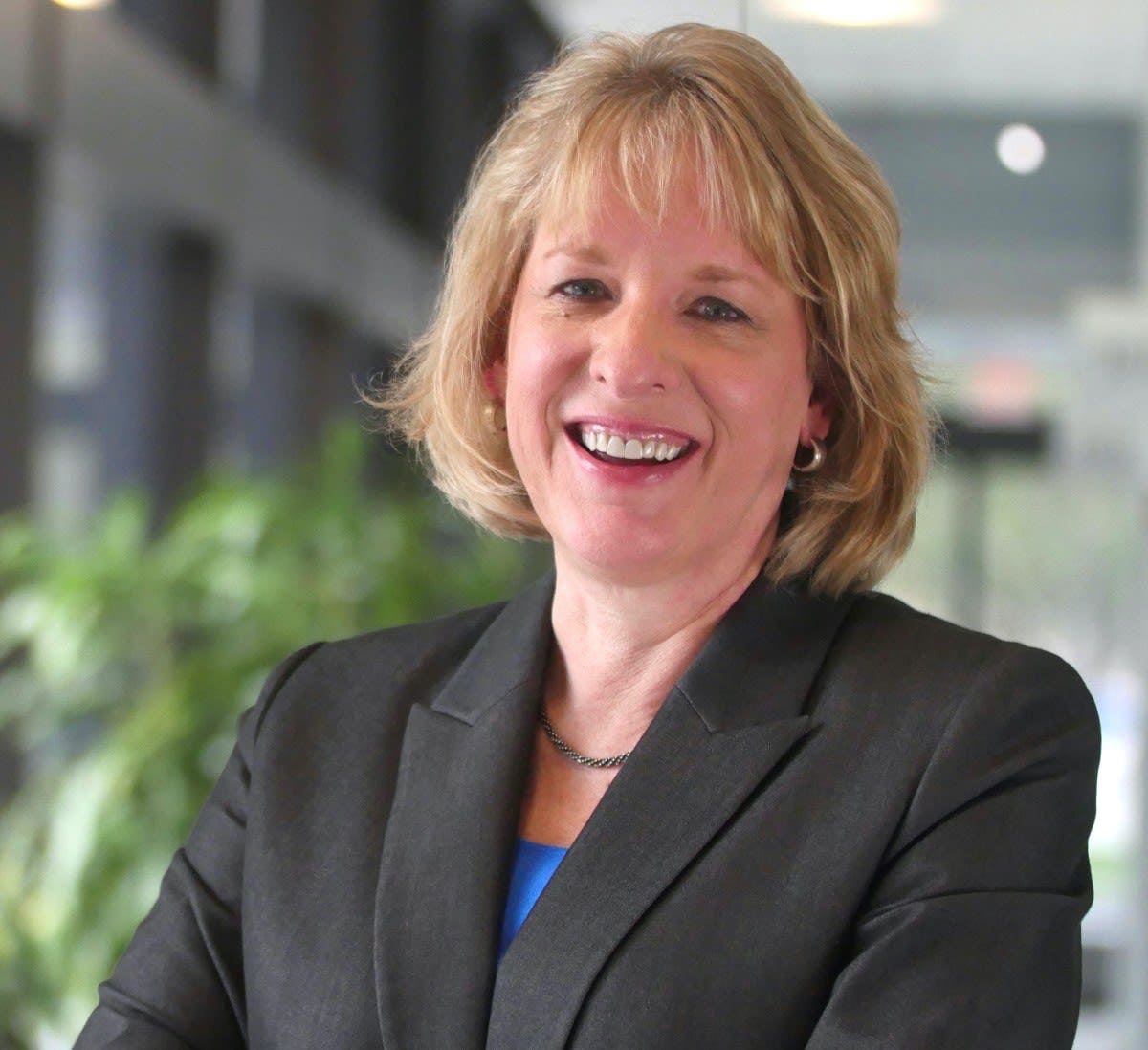 Future areas of collaborative investigation could include research in wind energy and natural gas technologies.

PSEG Chairman, President and CEO Ralph Izzo explained why the group works closely with Stevens during a virtual talk on the topic of developing renewable energy as part of Stevens' President's Distinguished Lecture Series in October 2020.

Izzo noted how the PSEG group had itself invested $2 billion in solar infrastructure, and set a goal of attempting to reduce its own power fleets to zero carbon emissions by 2050. The development of novel solar, wind and other renewable-energy technologies will be critical to reaching those goals, he noted.

"PSEG’s longtime association with Stevens is an example of a partnership that works to benefit New Jersey and its communities, especially when it comes to promoting clean, sustainable energy for the benefit of the many, many communities we serve," said Izzo.

"And that really begins with places like Stevens, where we need to increase investment in research and development to help increase the availability and affordability of renewable-energy technology as well as storage."

PSEG's support of Stevens has gone beyond technical and research support. The company has also stepped up to support Stevens' model programs working to enhance STEM diversity, for instance.

The PSEG Foundation has given recent gifts of support to the university's Lor-El Women's Leadership Center, a residential and learning environment for students and faculty; the award-winning Stevens ACES initiative, which increases access to STEM educations and career paths in local underserved communities; and Stevens' pre-college program, which gives high school students one- to two-week tastes of college life on the Stevens campus. 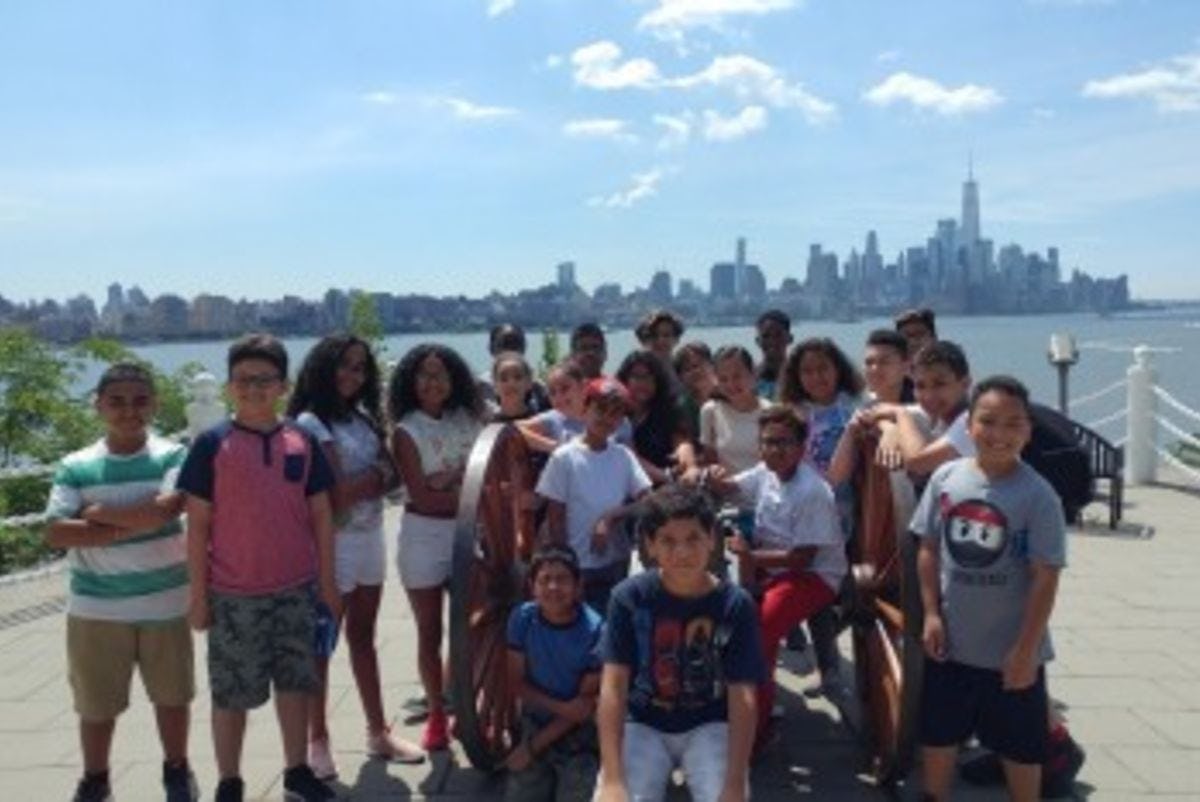 PSEG has sponsored summer camps on the Stevens campus

Approximately 10 students participating in the pre-college program each year from underserved communities are directly supported by PSEG's gifts.

"PSEG is committed to helping prepare New Jersey’s workforce of the future, and our focus on the principles of diversity, equity and inclusion are key elements in helping to achieve that goal," said PSEG Foundation Chairman Rick Thigpen.

"We are happy to continue to help develop more diverse pipelines of talent and to support students entering Stevens’ pre-college program."

PSEG has also worked with the university's Center for Innovation in Engineering and Science Education (CIESE) to bring Stevens' summer programs to local middle and high school students. Most recently, PSEG created a new short-term program, Energy Abounds!, to support participation in summer camp experiences on the Stevens campus.

Operated by CIESE, the week-long day camps have enabled approximately 80 middle school students from underserved communities to participate. (Due to the COVID-19 pandemic and associated restrictions on gathering, the program was unable to operate in 2020 or 2021.)

And PSEG has supported a number of cultural events at Stevens, as well, including major sponsorship of the university's popular OnStage at Stevens performing arts series.

In addition to its research and cultural ties with PSEG, Stevens has long served as a pipeline of talent to the PSEG group and its associated subsidiaries through a combination of internships, cooperative education experiences and recruitment to full-time roles after graduation. 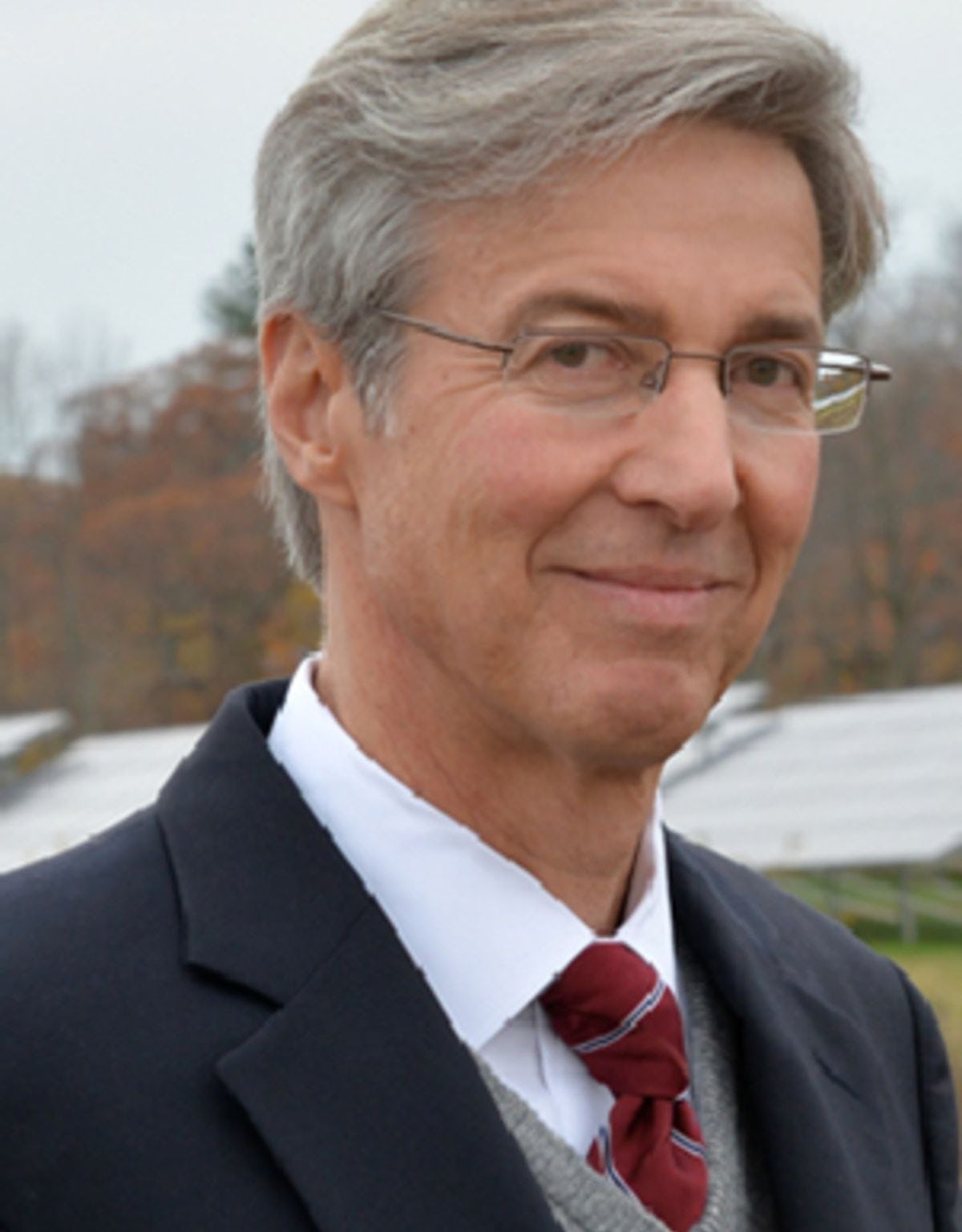 "PSEG has been an active campus recruitment partner for a long time, consistently attending career fairs, participating in internship and cooperative education programs and hosting Stevens students on site to learn about the energy industry," noted President Farvardin.

"Thanks to our partnership with Stevens, PSEG gains access to industry-specific research and innovation – in such areas as flexible photo electronics, sustainable fuels, and energy conversion and storage – that can be used to help drive our progress toward a clean-energy future," added Hanemann.

"Stevens also provides PSEG’s recruiters with a reliable source of talented graduates in technical fields of study – a track record that is reflected in each of the hundreds of Stevens alumni who work throughout our organization today."

Most notably, the PSEG Foundation awarded a Stevens student team $250,000 in 2015 toward research and construction of the SU+RE HOUSE, a net-zero energy solar-powered home engineering to withstand extreme storm surges.

Owing in part to PSEG's sponsorship, that home would later take top prize in the U.S. Department of Energy's international Solar Decathlon competition. The house now resides at Liberty Science Center in Jersey City, New Jersey as an interactive exhibit thanks to another generous gift from PSEG that enabled careful transportation from California (the competition site) to the science center, where it was reassembled.

"The strong and growing Stevens-PSEG relationship once again reinforces the power of partnership," summarized Laura Rose, Stevens vice president for development and alumni engagement. "Collaborating with industry leaders such as PSEG is vital to continuing and enhancing robust support for our students, faculty researchers and local communities.

"These beneficial corporate relationships also provide increased access to companies seeking to recruit talented graduates. It is truly a win-win." 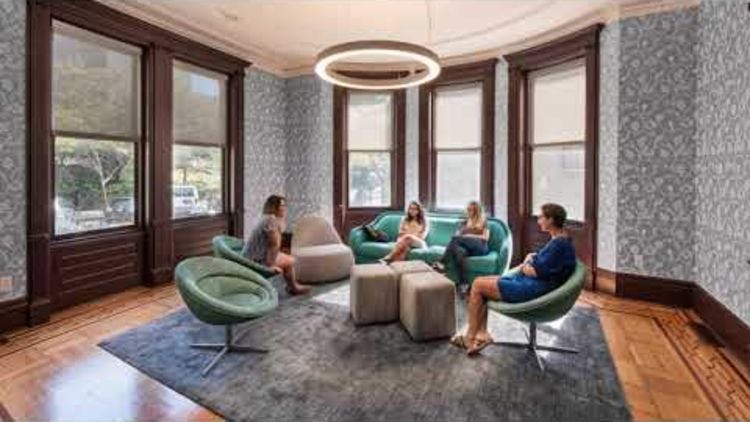