Combating Climate Change Will Require an “All of the Above” Approach 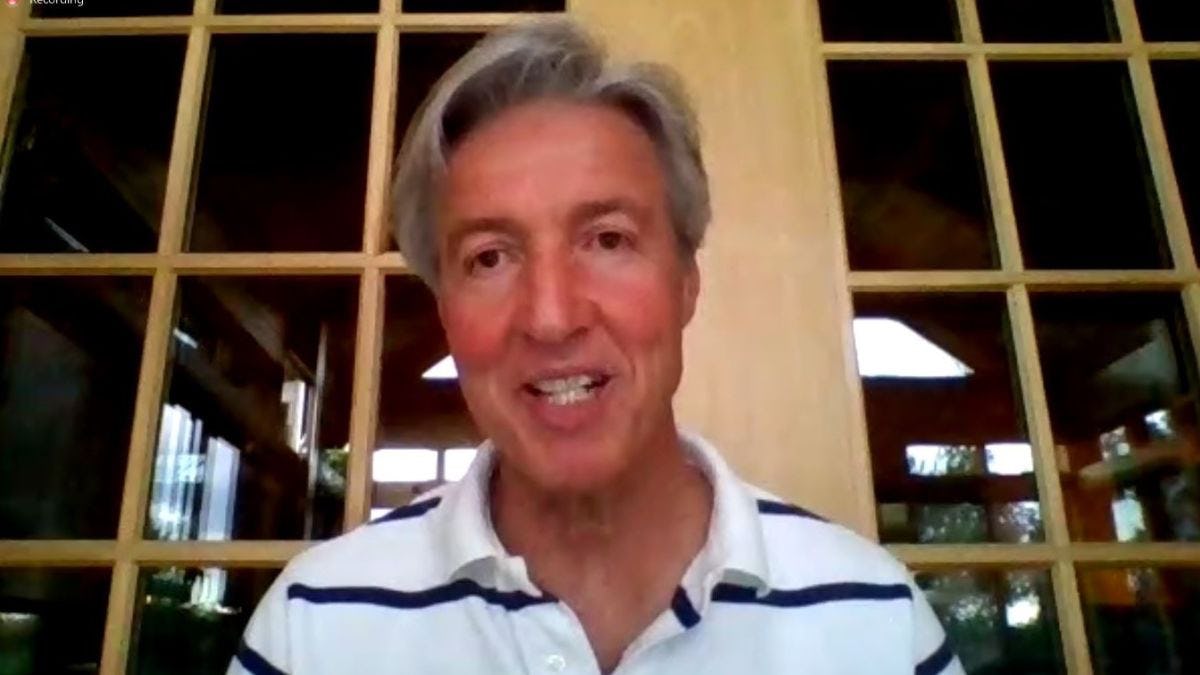 The Intergovernmental Panel on Climate Change has warned that we must limit global warming to no more than 1.5 degree Celsius by 2030 in order to avoid the most drastic impacts of that change.

"And to do that we would need to achieve drastic worldwide reductions in emission of carbon dioxide and other greenhouse gases,” noted Dr. Ralph Izzo, the chairman, president and CEO of regional utility PSEG, to a Stevens Institute of Technology audience in his virtual lecture on global climate change October 7.

Izzo was the 14th speaker in the President’s Distinguished Lecture Series, launched in 2012 by Stevens President Nariman Farvardin, and his thought-provoking lecture “5 Things to Tackle Climate Change” laid out in illuminating detail actions that need to be taken immediately to address this global crisis.

Prior to the talk, President Farvardin spoke of the four-decades-long partnership between Stevens and PSEG that has helped produce an award-wining solar home, advance energy research and innovation, develop STEM talent through the university’s pre-college programs and support community cultural programs including OnStage at Stevens musical performances.

“While we are immensely grateful for PSEG’s philanthropic support, I should also note that PSEG has been an active campus recruitment partner for a long time, consistently attending career fairs, participating in internship and cooperative education programs and hosting Stevens students on site to learn about the energy industry,” added Farvardin.

A five-point strategy that begins with carbon pricing

As the world continues to grapple with the ongoing coronavirus pandemic, the majority of the scientific community and a growing percentage of the world's population view global climate change as the preeminent challenge of our time, Izzo began.

To address this challenge, PSEG announced a carbon reduction goal last year whereby it will cut 80% of its power fleets’ carbon emissions by 2046, with a vision toward a full net-zero reduction by 2050.

But the climate challenge is bigger than any single company, PSEG included, he pointed out. And decarbonizing the energy segment and meeting the world’s climate goals by 2050 will require the right public policies and new technologies, as well as changes to consumer behavior.

Drastic cuts in carbon emissions, Izzo explained, will require not one strategy but an “all of the above” strategy focused on five key efforts that must work in tandem: a national price on carbon; continued investment in renewable sources; preservation of the existing nuclear fleet; improved energy efficiency measures; and the electrification of transportation.

First and foremost on Izzo’s five-point strategy is the need for fixing a hard dollar amount on the carbon emissions produced by power plants in the form of either a tax or cap-and-trade emissions requirements.

In a marketplace that values cheap energy above all else, Izzo explained, a national price on carbon would reveal the true costs of various energy sources, driving the economy away from carbon-heavy fuels and toward greater reliance on cleaner technologies and generation sources.

“A nationwide price on carbon would allow us to do away with this confusing collection of prices and state subsidy programs that are applied somewhat haphazardly to the various sources in this country, usually solar and wind, and allow generators to better compete in markets that value only short term costs.”

Why solar, wind and nuclear are the future

As CEO of the largest solar energy company in New Jersey and a strong supporter of Governor Phil Murphy’s goal to make the state a national leader in offshore wind energy, Izzo cited some of PSEG’s considerable investments in renewable energy sources, including nearly $2 billion to develop grid-connected solar farms in New Jersey and around the country.

But enthusiasm for renewables must be tempered with the real-world cost and pace associated with converting solar and wind energy into electricity, he explained.

Greater deployment potential for solar, wind and energy storage will require new technologies that drive down the cost of conversion.

“And that really begins with places like Stevens, where we need to increase investment in research and development to help increase the availability and affordability of renewable energy technology in storage.”

At Stevens, resilience and sustainability is one of six foundational research pillars. Among the green technologies being developed is the NSF-funded work of Stevens researcher Stephanie Lee – portable solar panels that can be rolled up and installed anywhere.

Given the current limitations of renewables, Izzo pointed to an existing supply that already produces about 20% of the electricity consumed in the U.S. and, more importantly, 55% of the carbon-free energy in the nation: nuclear power plants.

But nuclear plants are going out of business because energy markets are structured to favor cheap electricity over clean electricity.

“Those energy prices are driving nuclear plants into early retirement, only to see them replaced by plants that run on fossil fuels; natural gas, primarily. Is that the result of a market that’s serving the public interest? I don’t think so.”

While there are a number of patchwork subsidy strategies provided by individual states such as New Jersey, New York, Ohio and Illinois to compensate nuclear plants for their carbon-free operations, a more desirable solution would simply be to set a national price on carbon, he argued.

Energy efficiency, electrification will be key

If there is one change everyone can make immediately to make an impact on climate change, it is consuming less electricity. Helping customers choose and install the most efficient appliances, thereby reducing their carbon footprints, is an area where utilities in particular can lend a hand, Izzo said.

The state of New Jersey recently made a significant leap toward becoming a national leader with the recent approval of a landmark energy efficiency program that will invest more than $1 billion over the next three years to help customers reduce electricity consumption.

“Bills go down by $1 billion, over 4000 jobs get created, and carbon emissions are reduced by 8 million tons for a price on carbon of negative $125 per ton,” Izzo elaborated.

And although the lecture focused primarily on the power sector, Izzo also pointed out how transportation has become the primary source of U.S. carbon emissions as the country has moved away from coal and toward natural gas and renewable energy as utility power sources.

“It’s such an enormous undertaking with so many touch points – convincing consumers to buy electric vehicles, solving range anxiety by building out charging stations, converting entire fleets of trucks, trains and buses from gas to electric power.”

It’s an undertaking that depends upon getting the first four items on the list right, he stressed.

“In short, we have historically relied on an 'all of the above' strategy to build reliability and resiliency into our grid. Now, with these five things, we can apply the same multilayered strategy to achieve our decarbonized future.”

During the event President Farvardin also virtually presented Izzo with Stevens' President’s Medal for his significant impact on society and contributions to science and technology technology-focused research and development activities, and announced a new scholarship to be awarded to a deserving student in fall 2021 in his honor.