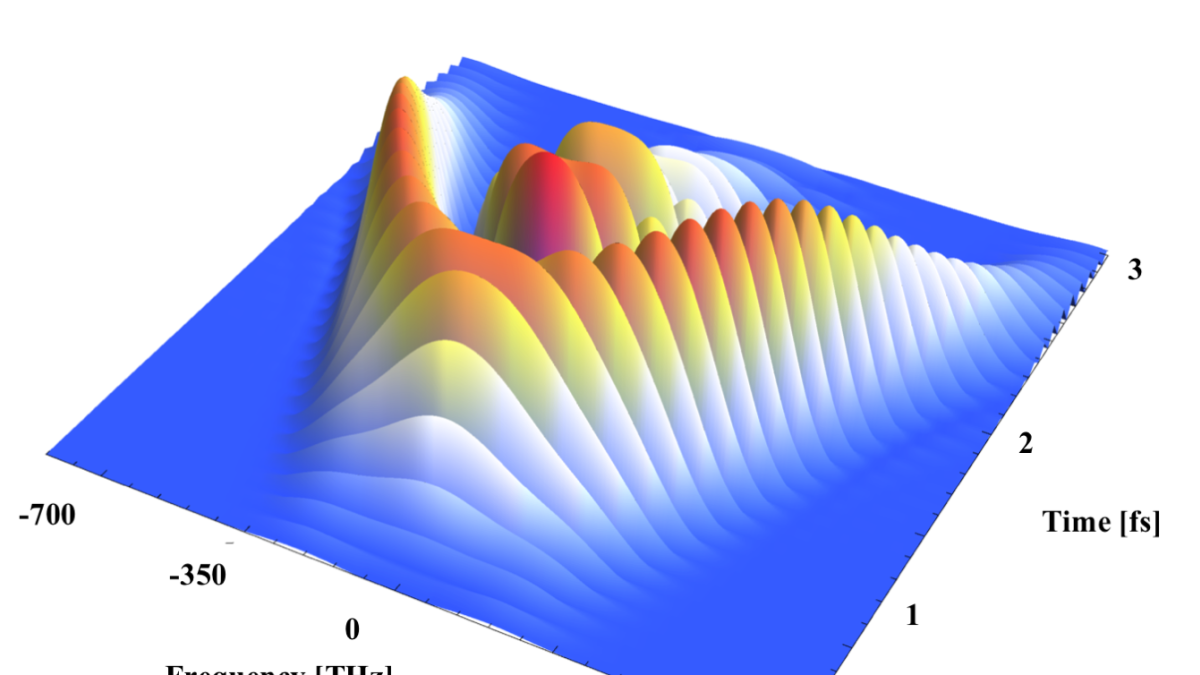 Inspired by a science-minded family and hometown, Svetlana Malinovskaya has always carried a spirit of research with her, from Russia to Germany to the United States, Stevens Institute of Technology

Quantum researchers at Stevens Institute of Technology are using lasers to develop and improve technologies related to cybersecurity, imaging; and optics for computing, communication, and remote sensing. The possibilities are vast and carry the potential to transform technology as we know it.

One area where Stevens researchers are finding unique applications for advanced laser technologies is the manipulation of molecular and energetic phenomena using quantum control methods. Suppose you need to diagnose cancer—and you are challenged to do it in its early stage and noninvasively. How can you tune a laser to get the image to distinguish between trace amounts of cancer and healthy cells?

Questions like this are exactly what Svetlana Malinovskaya—a quantum physicist, and an associate professor in the Department of Physics at Stevens—is setting out to answer in her Ultrafast Dynamics and Control Theory Group using laser-based quantum control methods.

Malinovskaya is in the business of innovation that is beyond natural processes. She studies the natural order of molecular and energetic phenomena, and then uses quantum control methods to enhance or modify their behavior. “Quantum control emerged as a result of the advancement in laser technology and is driven by the scientific search for possibilities to govern and engineer processes in matter by laser radiation,” she said.

In the case of detecting early signs of cancer, Malinovskaya explained that cancer cells and healthy cells have slightly different vibrational frequencies. Ultrafast, pulsed radiation from lasers may be tuned in intensity, pulse duration, and color such that only the response from the cancerous cells is visible.

Malinovskaya’s research initiatives at Stevens in the Charles V. Schaefer, Jr. School of Engineering and Science focus on quantum-based imaging and detection techniques, molecular cooling, quantum control of many-particle entanglement, and prevention of decoherence—all of which have broad applications in chemistry, biomedicine, quantum information science, and more.

Yuping Huang, physics associate professor and director of the Center for Quantum Science and Engineering where Malinovskaya is an affiliated faculty member, said, “Theoretical approaches like these are important to quantum sensing technology and many of its potential applications—a focused area of research and development in the quantum center.”

Methods similar to those for cancer detection can be implemented to look for molecular structures that may be dangerous, such as explosives and hazardous contaminants. The methods used can not only increase the ability to distinguish between related molecules, but also increase sensitivity to measure trace amounts of specific chemicals, and with high accuracy, even from a far distance away.

With a new grant of $375,000 from the Office of Naval Research for her project “Quantum-Enhanced FAST CARS [Femtosecond Adaptive Spectroscopic Technique of Coherent Anti-Stokes Raman Scattering] for Remote Detection Using a Multi-Static Platform,” Malinovskaya will continue her quantum control investigations.

“With quantum-enhanced FAST CARS,” she said, “we apply quantum control methodology to enhance coherent signals from target molecules in the backward direction to be able to detect them remotely.”

Coherence is a quantum phenomenon that refers to the property of electromagnetic waves—specifically, a stable and fixed relationship between their phases. When we watch the ocean, we may see one wave moving, and another wave intersect it at a different pace, producing a new wave. Waves in the ocean have arbitrary phases and move chaotically, or, incoherently. But when all the waves are in phase, such as in a high tsunami wave—or, in the case of Malinovskaya’s research, laser radiation—then the waves are said to be in coherence. With the right lasers, electromagnetic waves can be generated with a very high coherence.

Not only does laser radiation possess properties of waves; matter can be seen as waves, too. That is, atoms and molecules can be described by these wave functions.

“This is such a universal and unifying property of nature,” said Malinovskaya. “It provides the energy flow from one form to another. In order to be able to control it, we first put efforts into understanding how it happens naturally and reveal the mechanisms of the interaction of radiation with matter. We then predict how, for example, to change the phase of radiation waves to maximize coherence in atomic and molecular wave functions. That’s one stark way of quantum control.

“[This work] presents a fundamentally new approach within FAST,” she continued. “Each pulse in the pulse train will be analyzed and controlled using a machine learning algorithm.”

The applications of FAST CARS could be used in lasers carried by unmanned aerial vehicles, or drones, allowing them to conduct more precise and sophisticated detection of specific types of molecules. Advanced new lasers carried by the drones will satisfy the high coherence requirements for these detections, even at far distances.

“In order for these lasers to interfere in some designed way at some specific point for molecules to respond optimally, I need to carefully calculate where these waves of radiation intersect—perhaps one kilometer away,” said Malinovskaya.

A journey from the arts to the sciences 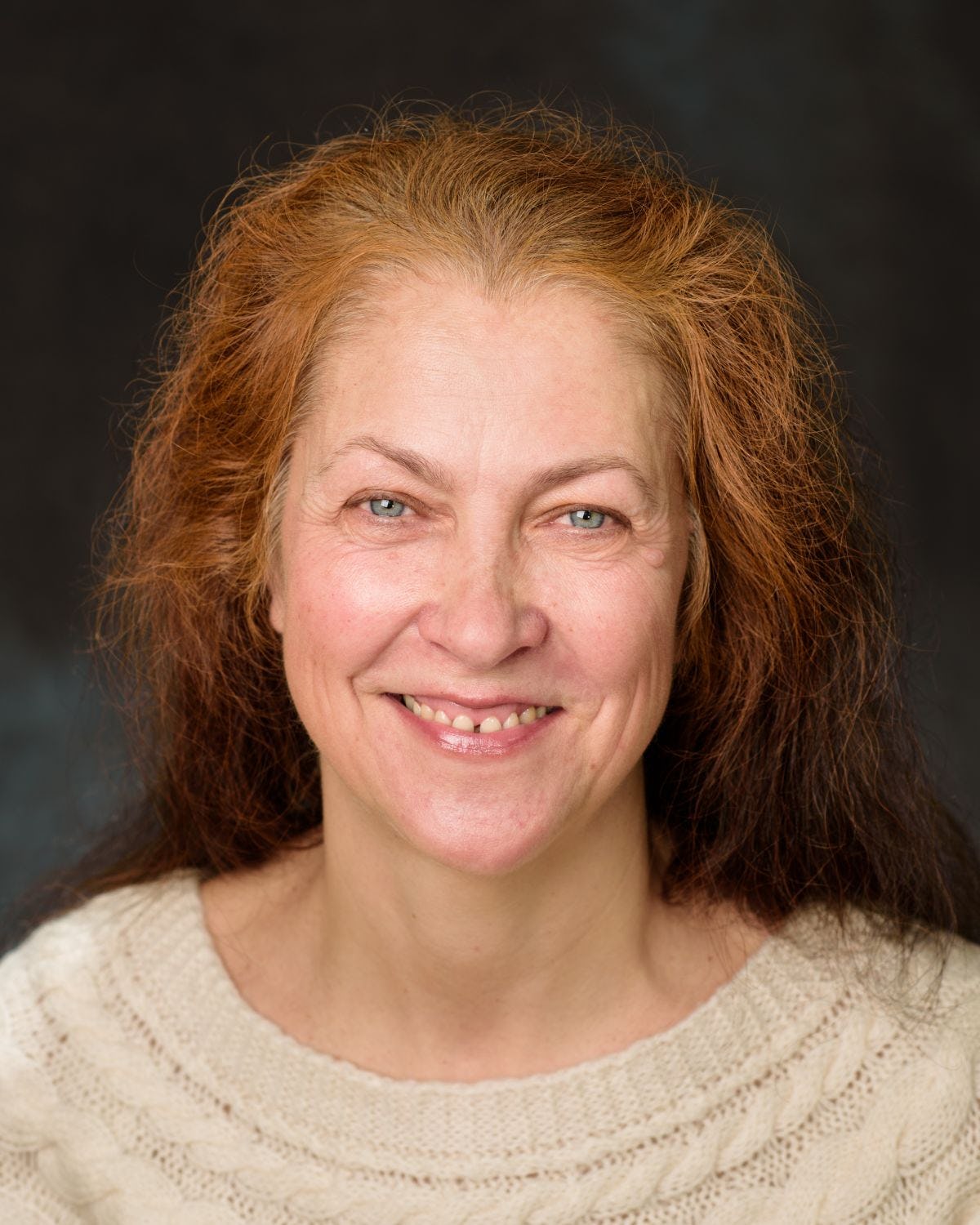 Malinovskaya’s interest in physics is practically a birthright. As a second-generation physicist, she grew up in a family that exposed her to broad interests in both the arts and sciences, providing her with diverse options for paths to pursue. Her father, a physicist, inspired her love of science. Meanwhile her mother, who was a high school painting teacher, guided her in the arts. During her formative years, she was engaged in painting, dance, and music. She graduated from a music school class in piano, and was enrolled in the dance department at Novosibirsk State University.

Of her hometown, Akademitown in Novosibirsk, Russia—which is an educational and scientific center of Siberia, and host to 35 research institutes as well as the Novosibirsk State University—Malinovskaya said, “A research spirit is in the air.” This is a spirit that has followed her throughout her life.

During her high school years, Malinovskaya was most drawn to physics, biology, and literature. “The field of biophysics was in its infancy at that time, at least where I lived, and it was giving vast expectations for groundbreaking discoveries,” she said. “So, I chose biophysics to be my specialization at the Novosibirsk State University.”

Then, during her Ph.D. studies, she moved on to theoretical physics, wanting to better understand the nature and physical properties of complex structures and their functions. For her investigations of nontraditional ferromagnetism (the kind of magnetism displayed by metal-organic compounds), she received the prestigious Alexander von Humboldt Fellowship to work as a research scientist at the University of Heidelberg in Germany.

The pivotal role of quantum control

According to Malinovskaya, “We are experiencing a quantum bang in science and technology. Science has been becoming more and more interdisciplinary, with physics playing a pivotal role in forefront advances owing to the fundamental and universal nature of physics laws. You may observe the action of physics laws and principles everywhere. Nowadays, physics naturally integrates into other sciences and is central to intellectual progress.”

The applications of quantum physics are vast. Malinovskaya cites quantum computation, quantum matter, quantum-enabled sensing and imaging, and more: “All these sciences and technologies are quantum-control driven,” she said. “Quantum control is paramount for development in these fields.

“A new era of technologies enriched by or solely based on quantum principles is coming, which will provide a principal rise of standard of living and longevity.”

Learn more about physics at Stevens: