How Do People Collaborate Online? You Can Look It Up on Wikipedia (Really) 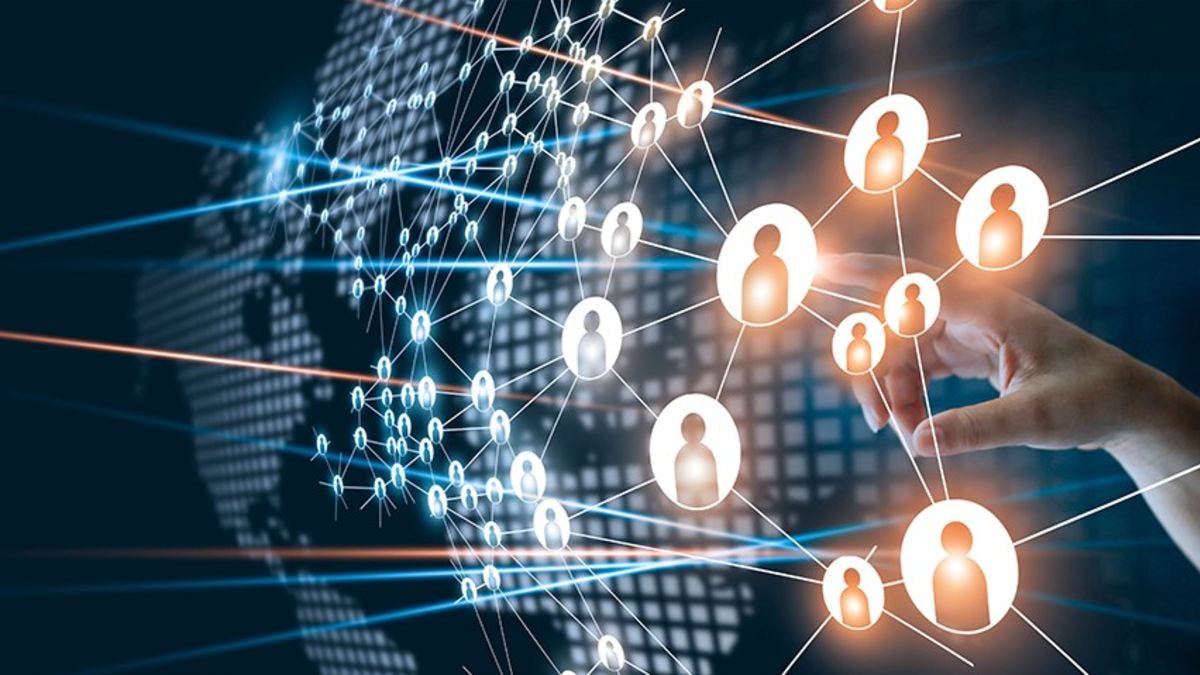 Undergraduate business students at Stevens are trying to determine how Wikipedia users collaborate online, to see if their cooperation can be extended into increasingly virtual work settings.

Students at Stevens Institute of Technology are warned to avoid using Wikipedia for their schoolwork. Just don’t tell that to a group of undergraduates at the School of Business, who have been using the site to do a lot of research.

It’s not quite what you think. These students are working alongside faculty and a Ph.D. candidate to better understand how Wikipedia’s users collaborate to create and edit content on the site, a vast repository of user-generated content that’s among the most-visited sites in the world. 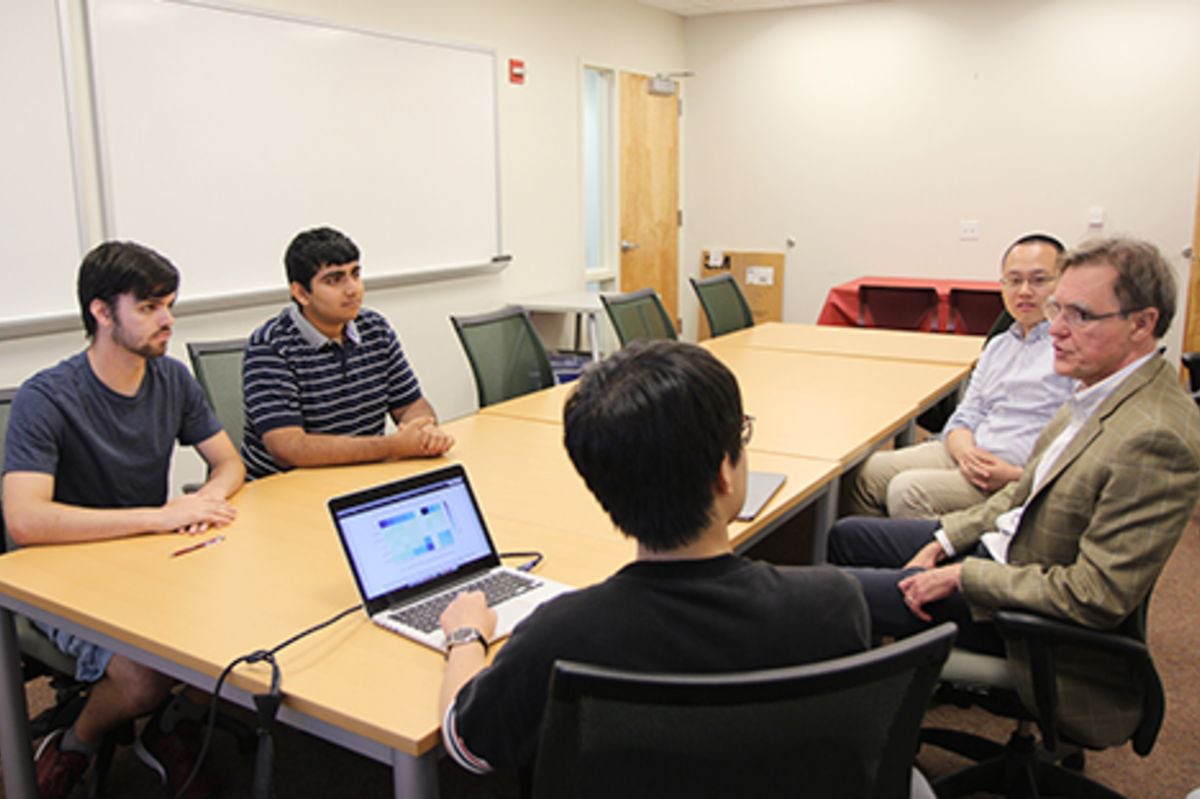 “I initially went into this research because I didn’t understand why you couldn’t cite Wikipedia in a paper,” said Quantitative Finance major Chris Albano ’21. “I was curious how accurate it was on a day-to-day basis. Occasionally people vandalize entries and make jokes on the site, but how quickly does that get fixed?”

Literally every change to the site is documented and stored, creating a massive trove of data that can be analyzed to give researchers insight into the site’s collaborative nature, “and see if that coordination can be extended into a corporate environment or other places to achieve better productivity and quality,” said Neev Vora ’21, who is also studying Quantitative Finance.

Albano and Vora have spent the last year and a half studying the inner workings of Wikipedia with a research team that includes Dr. Feng Mai, Ph.D. candidate Nico Zheng and Dr. Jeffrey Nickerson, whose work examines collective intelligence and creative collaboration among crowds. Most recently, Dr. Nickerson, who is associate dean of research for the School of Business, was awarded a National Science Foundation grant of nearly $500,000 for a project that explores design activity, representing a confluence of several of his research streams.

Doing research gave me a chance to expand my computer science and coding abilities. Even if I don't necessarily want to code 40 hours a week as my job, it's still an in-demand skill, especially in the finance field.
Neev Vora '21

“You don’t think about Wikipedia as being a design activity, but large numbers of people are creating these complicated artifacts and there’s a good deal of planning involved,” Dr. Nickerson said.

Within the Wikipedia ecosystem, design activities are undertaken by both humans and bots, who coordinate their actions to generate and maintain the site’s content. It aligns with another NSF-supported initiative of Dr. Nickerson’s concerning the future of work and how humans will collaborate with intelligent machines.

The researchers looked at the role bots play in Wikipedia for their latest paper, which earned an honorable mention among submissions for the upcoming ACM Conference on Computer-Supported Cooperative Work and Social Computing. Albano and Vora assisted in classifying 1,600 Wikipedia bots and were listed as co-authors on the paper — a rare accomplishment for undergraduates, but one Dr. Nickerson said was well deserved.

“We only had a month to complete revisions to the paper, and we wouldn’t have been able to do the massive amount of new data analysis with only professors and Ph.D. students,” Dr. Nickerson said. “Undergraduates also bring a great deal of energy to projects, and we at Stevens are willing to unleash that energy on these really interesting problems.”

There are multiple avenues that provide research opportunities to undergraduates. As a Pinnacle scholar, Vora receives an annual stipend that can be used to conduct academic research with a faculty advisor. Albano initially got involved through the business school’s June Scholars Program, which is also what brought Ana Marija Micevska ’22 to the Wikipedia team this past summer.

Along with conducting academic research, students in the June Scholars Program also get to hear from other faculty members about different research initiatives happening within the business school. After a presentation from Dr. Ann Murphy about her research on minority CEO appointments, Micevska was intrigued and asked to work on that project, as well. The Accounting & Analytics major spent her mornings with the Wikipedia team, while her afternoons were dedicated to collecting and organizing CEO data. 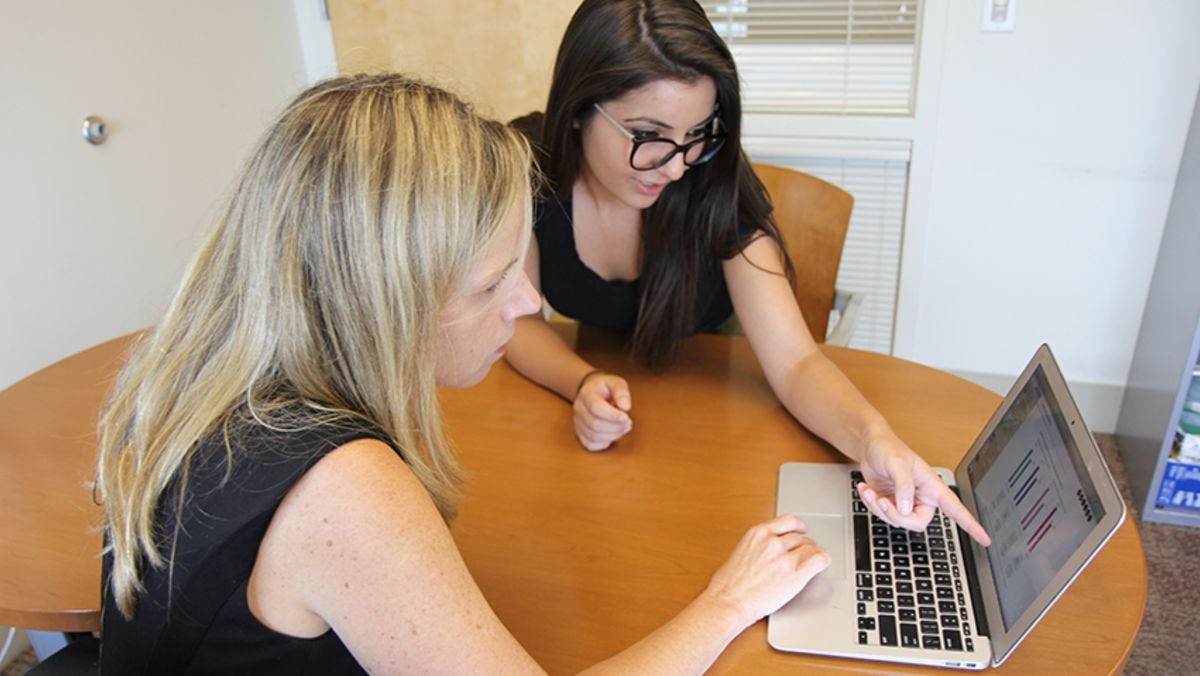 “The research projects helped me apply what I’ve learned in classes to actual problems,” Micevska said. “I got both perspectives — the business side of things through Professor Murphy’s project and then the analytics and computer science focus from Professor Nickerson.”

Micevska has continued to work on the CEO research with Dr. Murphy, who started the June Scholars Program in 2017 to provide challenging opportunities to underclassmen who have more limited options for internships. Through these research projects, students can build their skill sets, enhance their résumés and explore potential career paths.

“Doing research gave me a chance to expand my computer science and coding abilities,” Vora said. “Even if I don’t necessarily want to code 40 hours a week as my job, it’s still an in-demand skill, especially in the finance field.”

When they weren't coding, the undergraduate researchers were delving into Wikipedia in order to come up with potential new concepts for the team to explore, which they presented at weekly meetings. This exercise in creativity and innovation is one that will prepare the students for success no matter what career path they choose, according to Dr. Nickerson, who used Wikipedia to test theories on stimulating novel idea generation for a forthcoming paper in the Journal of Management Information Systems.

“If you’re working at a company and you create products that everyone else has created, that company is not going to do well,” Dr. Nickerson said. “You have to understand what the state-of-the-art is in order to do something different or add something to the conversation. Academic research challenges you to find the edge of knowledge and try to come up with a new idea, and that’s an extremely valuable skill to have.”