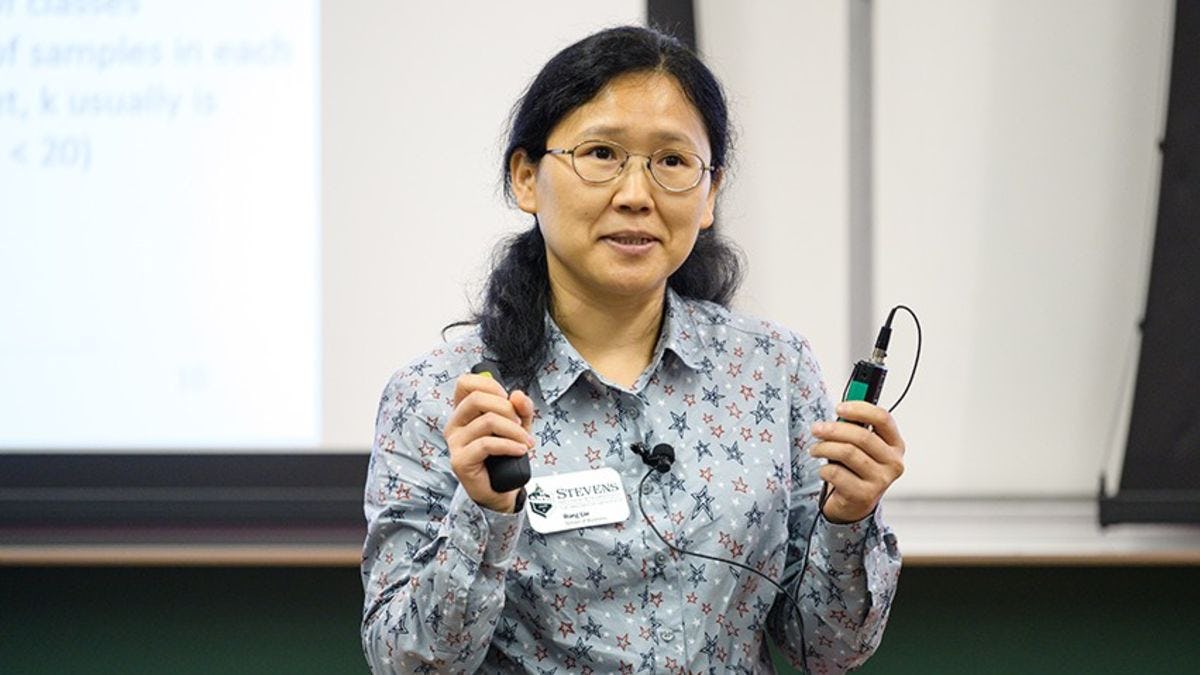 Dr. Emily Liu presents the model she built for Genesis Research at a one-day PhUSE event held on the Stevens campus. Dr. Liu worked alongside a team of three graduate business students at Stevens to create her model.

If your business is life sciences research, you’re in luck — there’s a vast trove of published research in medical and pharmaceuticals journals that sheds light on recent discoveries, future opportunities and emerging challenges.

But finding the right needle in a haystack that large isn’t without its challenges: A recent analysis of literature reviews showed the average review — involving thousands of articles — takes more than a year to complete, with significant human involvement.

For Genesis Research, the question is whether machines can hasten the review process — and for help, the company turned to faculty and students at the School of Business at Stevens Institute of Technology.

Genesis is a Hoboken, NJ-based research and consulting company that provides evidence-based development, management and communication services to clients in the life sciences space. The company considers published research in medical journals and other data sources as a crucial step in finding evidence-based answers to the kinds of challenges clients bring to the company.

'More complicated than it seems'

Automating this process would improve efficiency, said Dr. Marko Zivkovic, chief scientific officer at Genesis, while freeing researchers from what he called “a menial task.”

“But there’s a reason there is no system, no tools for this. It’s much more complicated than it seems,” he said. 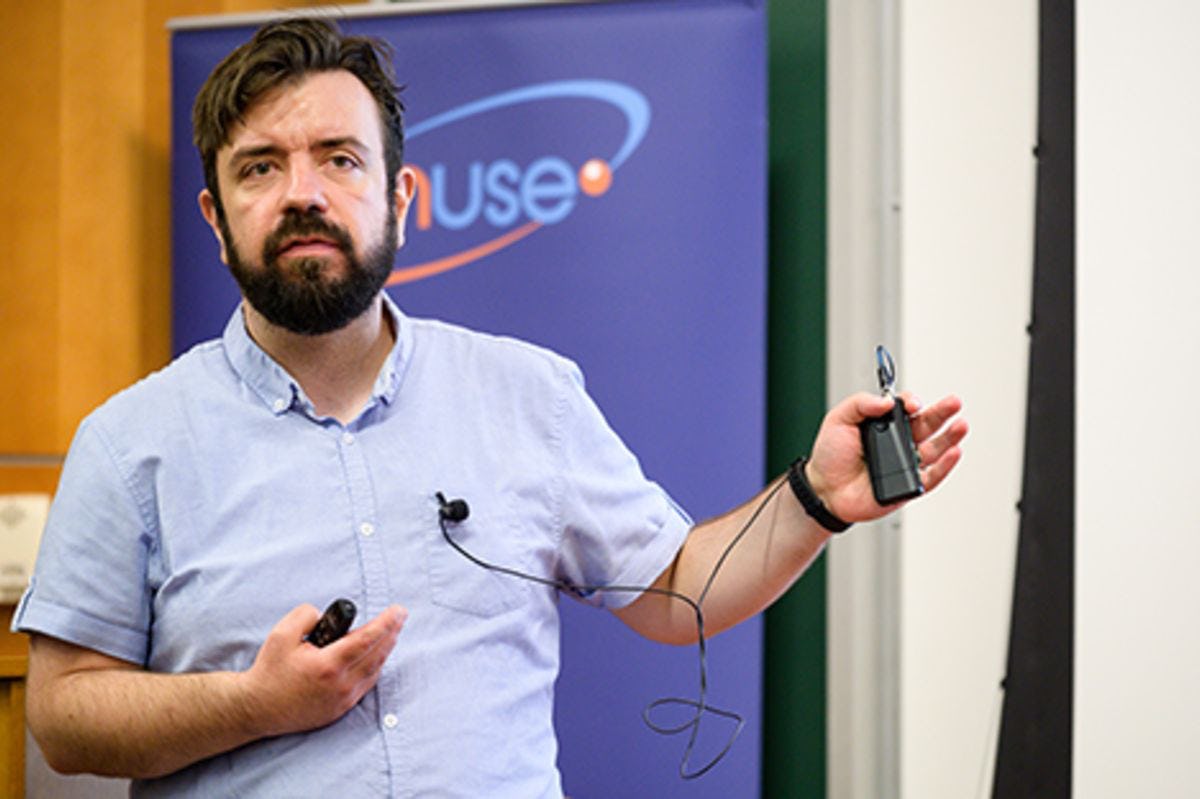 Dr. Marko Zivkovic, of Genesis Research, presents findings from the Genesis-Stevens project at a PhUSE meeting during the summer.

Enter Stevens, a university that’s uniquely positioned to help companies like Genesis with a problem like data extraction and analysis. Stevens business programs emphasize the roles data science and machine learning play in the workplace, and faculty bring extensive corporate experience to their research work. Dr. Emily Liu, who led a team of students working on the project, came to Stevens in 2017 from IBM’s research labs.

“IBM rotates you between different departments, so you work with different industries. I started in finance, then moved to healthcare, then education,” Dr. Liu said. “It’s a good way to learn about different industries, as you complete different projects and deliver results to customers.”

Working with a team of Stevens students and Genesis researchers, Dr. Liu developed a deep-learning framework to facilitate data extraction after the articles in a literature review are identified. The framework also leverages a few-shot learning model, to efficiently discover patterns in the text analysis and better train the neural network to identify useful articles in the fairly limited data set.

“Considering the small set of data, the performance of the model was quite decent, but there is some room for us to improve with additional testing,” Dr. Liu said.

A big takeaway was the model’s ability to understand sentence context, which was important, for example, in spotting the difference between a trend and an opportunity.

“A single sentence may contain multiple aspects of a study, and we want the model to capture all those aspects, so it can extract the relevant features for study,” she said.

Three students — all aspiring data scientists — from Dr. Liu’s Web Mining course worked alongside her on the project. The course, which covers technologies like support vector machines and convolutional neural networks, is strong preparation for this kind of project; “the assignments are more or less related to real customer projects I worked on in the past,” she said.

Siwei Wang M.S. ’20 was excited to work with Dr. Liu — someone she’d heard about from alumni when asking whether the Business Intelligence & Analytics program was right for her.

Yu Hong M.S. ’19, who will complete his master’s in Business Intelligence & Analytics in December, said his internship with Genesis added valuable dimension to his Stevens coursework. It’s one reason he chose Stevens over other schools that compress the program into a single year, limiting opportunities for internships.

“Working as a team at a company is different from doing so in school,” Hong said, especially the need to communicate effectively and work independently. “I read much more papers than I did in school to learn about how other people tried data extraction, to make our model more reliable. And I need to be able to work with more people — discussing my achievements with a supervisor, or cooperating with colleagues in different departments.”

For Chen Liao M.S. ’20, who also interned at Genesis, Stevens has offered “a very good foundation of both academic resources and social networks.”

“Classes have taught me a lot of theory, which is important in understanding how you frame a problem,” Liao said. “I also appreciate the suggestions from professors in class projects — they helped me get a better understanding of how to choose an appropriate model based on the data.”