The Case of the Curious Quant: Sociable Stevens Student Shines at DTCC Internship 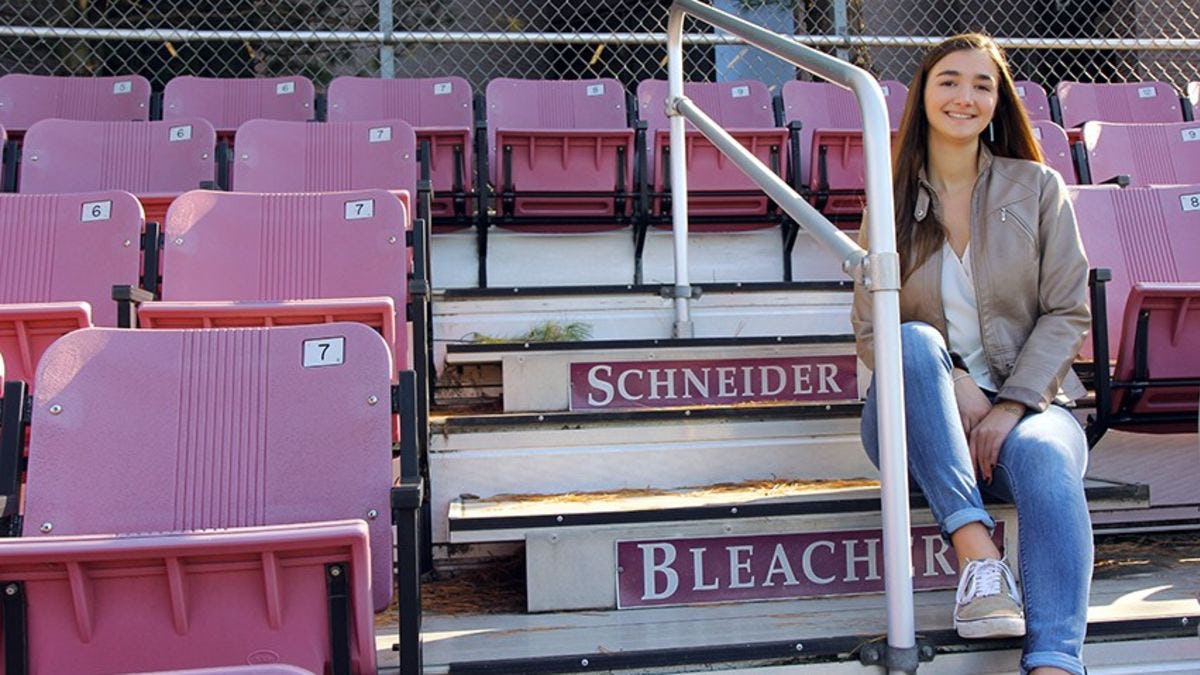 While Zenya Koprowski knew of Stevens’ legacy through family friend Joe Schneider ’46, whose contributions to the university include the Schneider bleachers, it was the unique and challenging QF program that ultimately led her to the School of Business.

Quants are revered in the finance industry for their ability to uncover data-driven insights that give firms a competitive edge.

But the demanding nature of their training requires the sort of focus that doesn't always lend itself well to developing soft skills, which is why Stevens Institute of Technology student Zenya Koprowski ’20 was such a welcome breath of fresh air when she interviewed for an internship at DTCC.

“The person interviewing me said, ‘We were kind of surprised when you came in and started talking to us. We didn’t expect such an extroverted personality from a quant,’” Koprowski said. 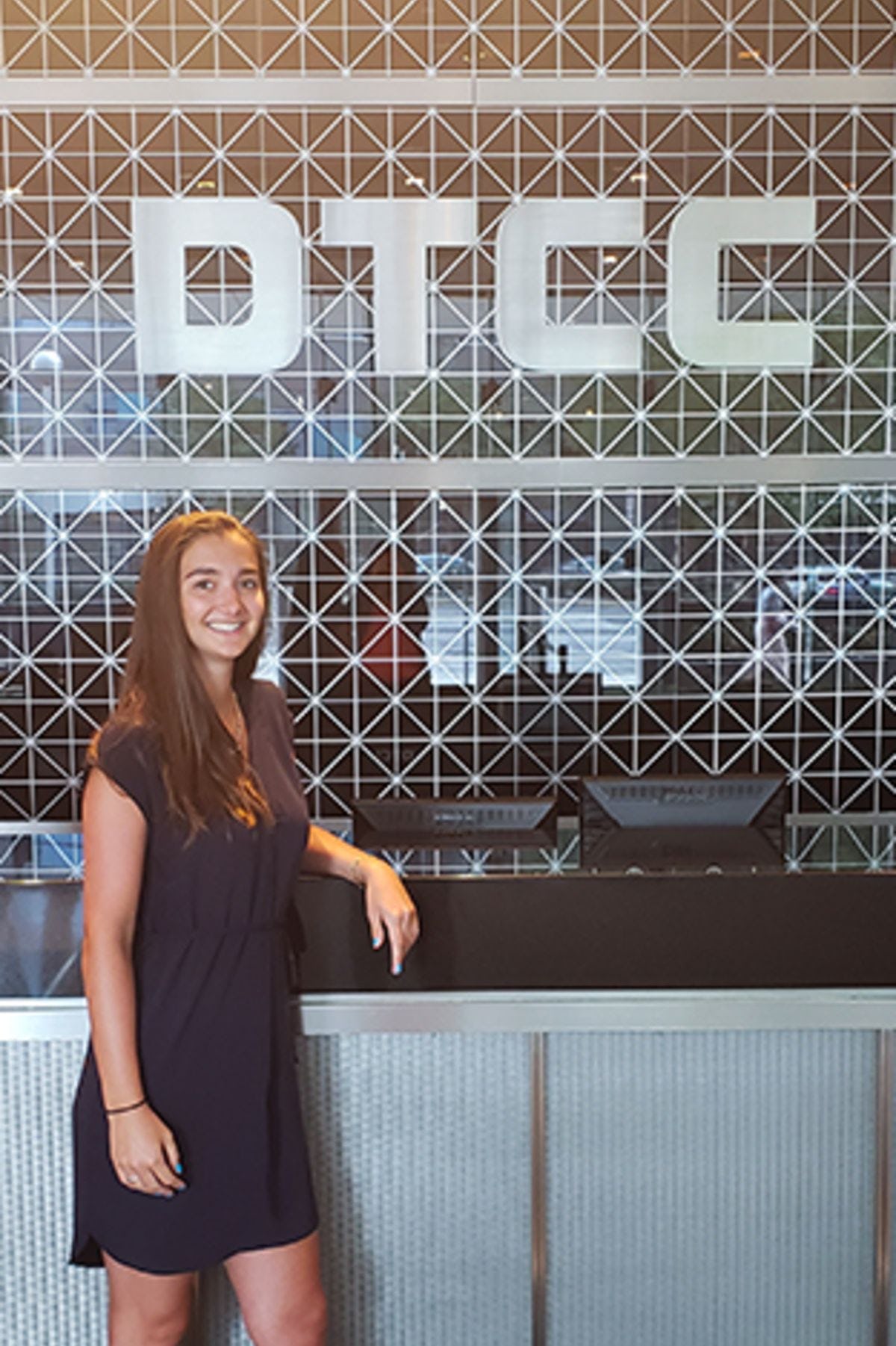 Koprowski isn't afraid of a challenge: from taking on the rigorous QF curriculum, to initiating discussions with colleagues outside her department at DTCC.

She landed the internship and spent this past summer as a financial analyst in its CFO department in Jersey City. When the Quantitative Finance major wasn’t busy working on a project to automate the company’s monthly actuals deck in Microsoft PowerBI, she found time to meet with people across DTCC to get a better sense of the business as a whole.

“It’s easy to get stuck on your own floor,” Koprowski said, “but I think it’s important to see how the company functions in order to understand how you contribute to its success.”

Brought up to be bold

If the Ringwood, NJ, native doesn’t fit into the mold of a typical quant, it’s because she was raised to defy those stigmas by her parents. Her father, Jeff, is a mainframe computer programmer who eschewed the “IT guy” stereotypes and wanted the same for his daughter; her mother, Lisa, is a pharmaceutical advertising art director who influenced Koprowski’s creativity, which she put to use at DTCC on a PowerPoint presentation that was still being praised on the last days of her internship.

Her father, in fact, was instrumental in Koprowski transferring to Stevens after two years in the honors program at Passaic County Community College. Jeff encouraged her to consider the alma mater of his neighbor, Joe Schneider, a celebrated Stevens alumnus who graduated in 1946. Though Koprowski appreciated the university’s longstanding legacy, it was the prospect of traveling far from the beaten path that ultimately drew her to the School of Business.

“Everyone does finance and I wanted to do something a little different, so I decided to challenge myself with the Quantitative Finance curriculum,” said Koprowski. “I think it gives me an edge in the market because people see I’m willing to do the work to push myself in computer science and math classes.”

Wall Street experience in the classroom

The unique nature of the QF program is enhanced by the singular expertise of its faculty. Koprowski cited courses taught by Professors George Calhoun and Jonathan Kaufman that gave her a sense of what to expect at work.

Being at Stevens you really learn how to teach yourself things, and that’s what made me successful at DTCC.
Zenya Koprowski '20

“What I like about their teaching style is that they introduce real-world applications,” Koprowski said. “I wanted a school that would offer me professors who’ve worked on the Street and know what they are talking about. They bring an entirely different energy to classes.”

The experience of her professors helped prepare her for the realities of her internship, where she sought out constructive feedback from managers. “It might be uncomfortable at times, but at the end of the day it makes you better, and that’s always what I want,” she said.

She plans to stay on at the School of Business another year through the Accelerated Master’s Program and earn a graduate degree in Financial Analytics, which she hopes to put to use working in investment banking on Wall Street.

“I think being at Stevens you really learn how to teach yourself things, and at the end of the day, that’s what made me successful at DTCC,” Koprowski said. “With a technology and analytics background, you are sort of trained to think a certain way, and it certainly shines through on a day-to-day basis. I was able to offer a different perspective on things that someone without an analytical background perhaps wouldn’t have thought of.”