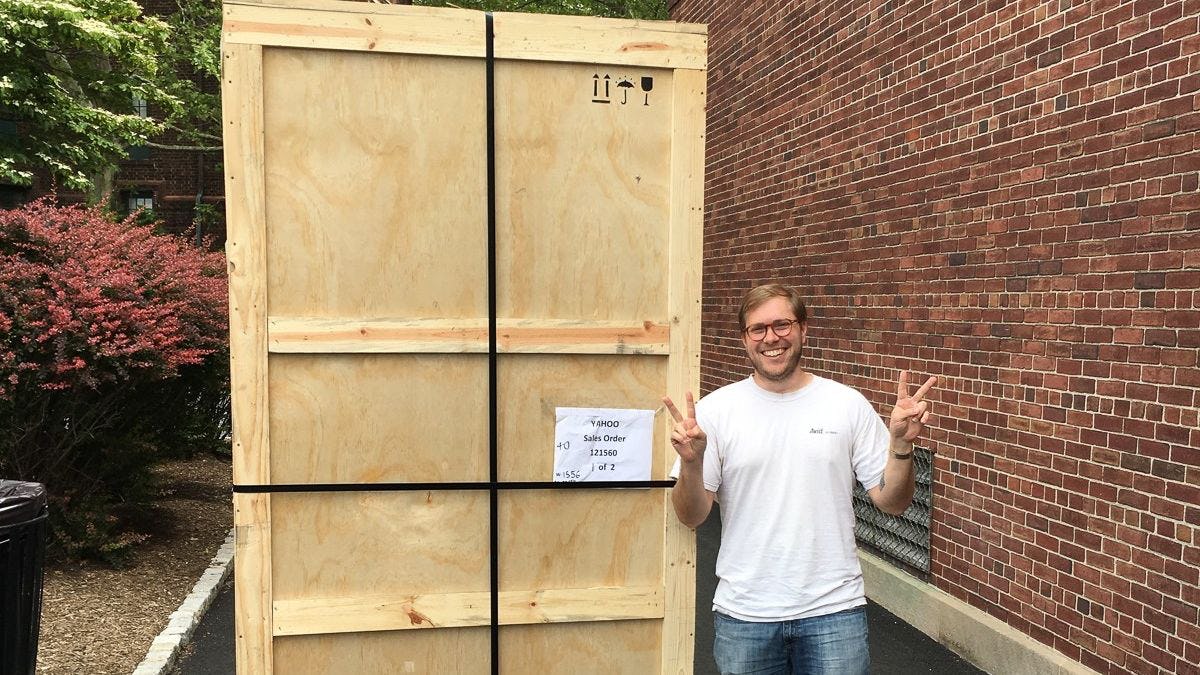 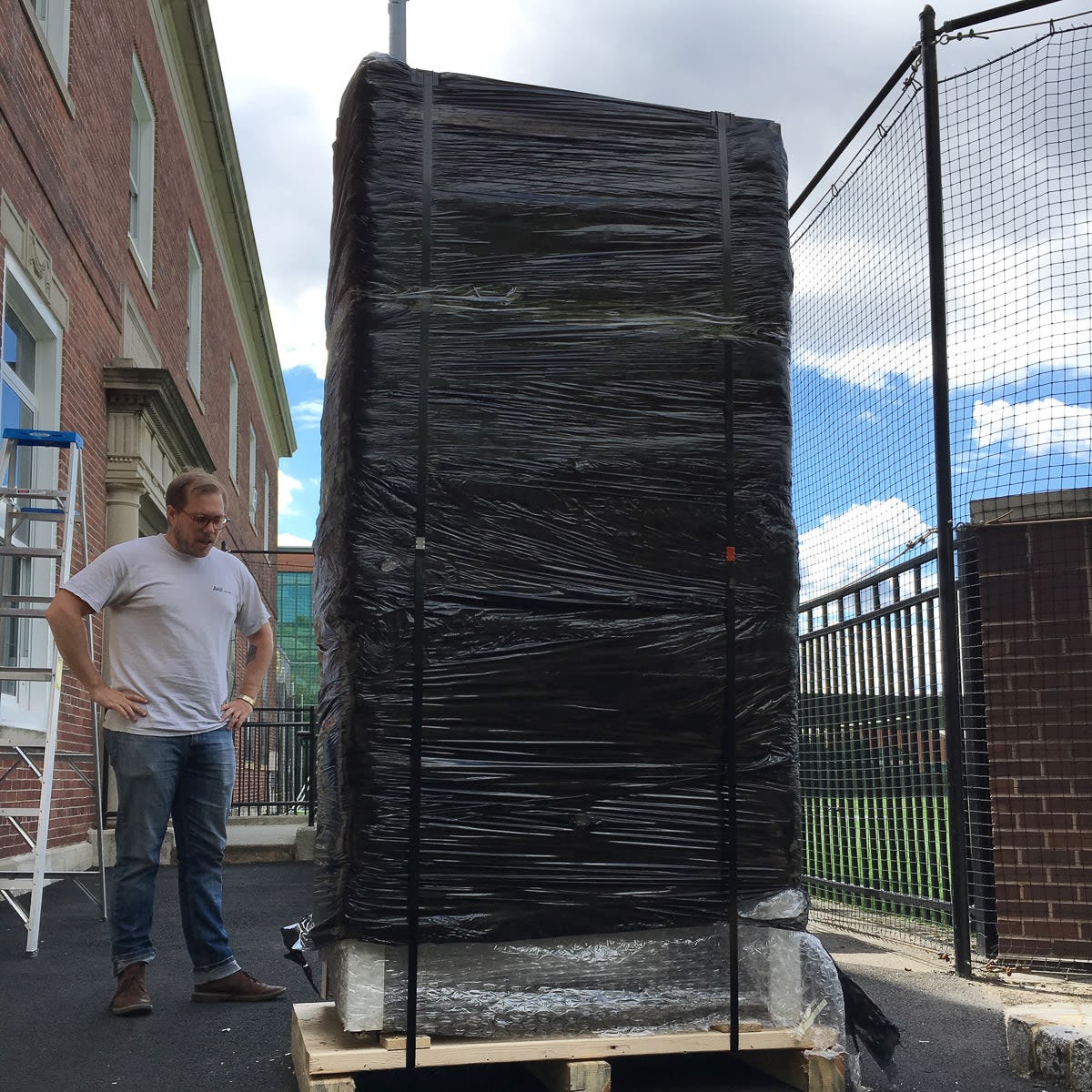 A recent delivery of a wooden crate that weighed in at over 2,000 lbs and stood at eight feet tall is the source of many exciting projects to come at Stevens Institute of Technology.

With the help of Steven Smith, Assistant Vice President for Corporate and Foundation Relations at Stevens, the Visual Arts and Technology program received a donation of a full rack of forty server systems from Yahoo! Inc.’s Servers to Academic Researchers (STAR) program.

“We have donated well over 6,000 machines to nearly 50 institutions globally with an estimated value of over $2,000,000 over the past six years,” said Don J. McGillen, Yahoo! Academic Partnerships Team Lead. “We generally donate to schools with education and research programs that such machines will enhance, and evaluated Stevens as such a school.” 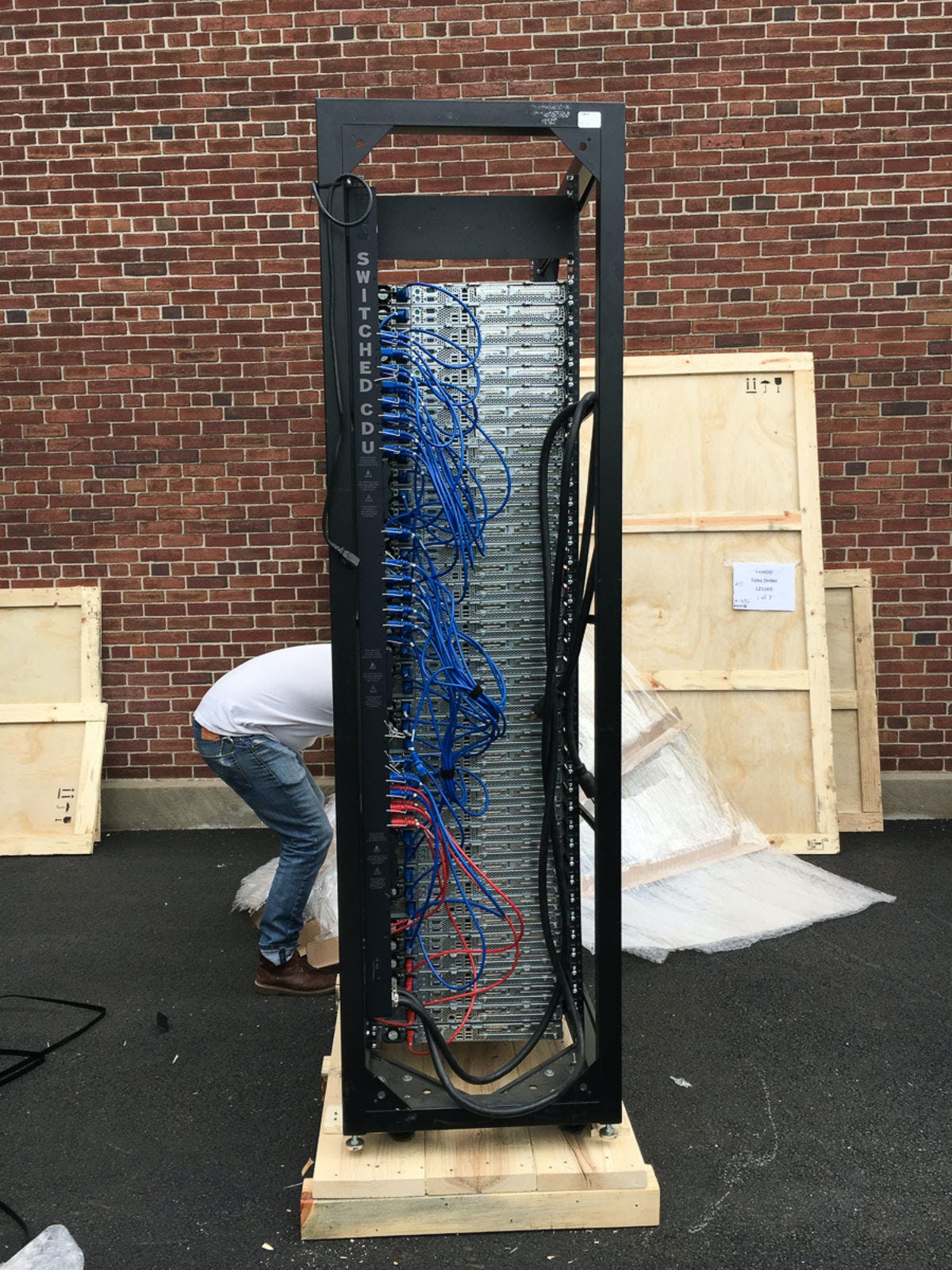 The set of 40 HP SE1101 server systems from Yahoo! will be housed within the College of Arts and Letters, where they will be used extensively by the Visual Arts & Technology program in areas such as machine learning, big data and animation rendering. Some of the other humanities faculty may use it for research involving large sets of data, but the servers will primarily be a resource meant for creative work.

“The servers are perfect for really computationally expensive, repetitive tasks,” said Jeff Thompson, director of the Visual Arts & Technology program. “We’ll be using them for both faculty research and student projects, like rendering frames of animations or doing training for machine learning. This will mean a huge time savings – for example, something that might take a day or two on my laptop could take a few hours or less on the servers.”

Thompson and assistant professor Nicholas O’Brien took the crates apart themselves upon arrival to get everything inside the building.

“The servers will be tricky and we're looking forward to working with some students to get it all up and running,” O’Brien said. “I've never worked on setting up a server like this so it'll be great to start getting our hands dirty with the nuts and bolts of hardware and networking for rendering.”