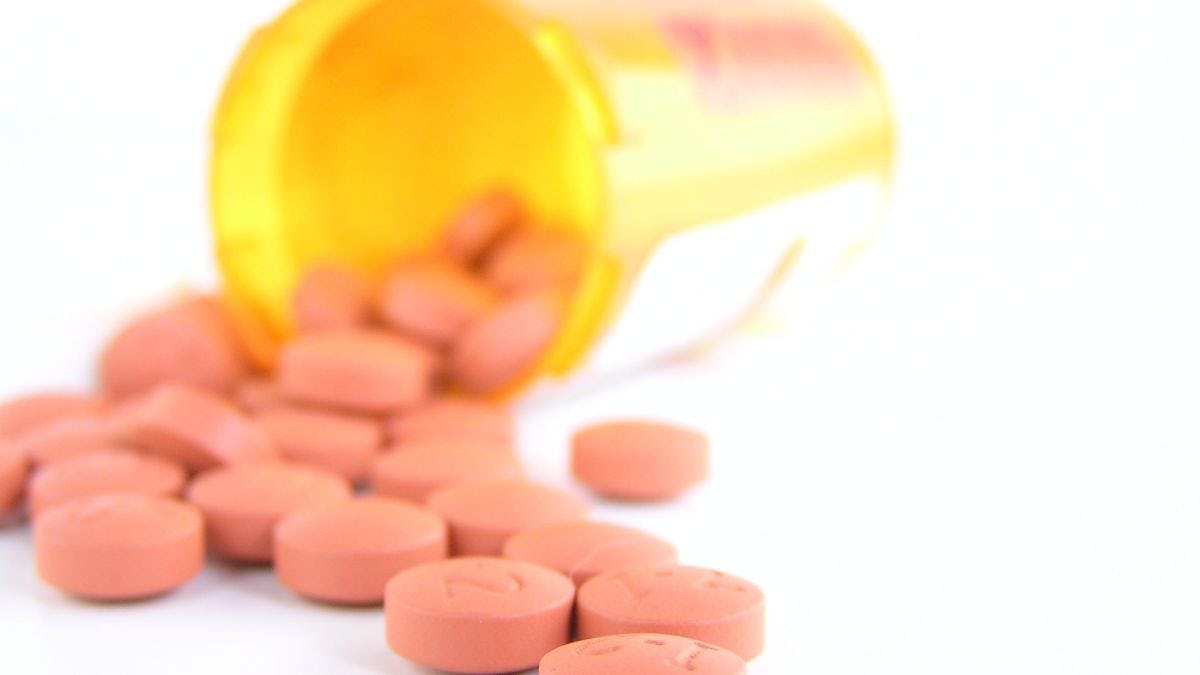 Antibiotic-resistant staph infections are responsible for taking a staggering number of human lives each year. For their senior design project, Stevens students are developing a new antibiotic that could change that.

When Sesha Alluri began looking into the issue of antibiotic resistance, the statistics she read were shocking. “In the United States alone, there are almost 2.8 million antibiotic-resistant infections each year,” explained Alluri, who is a lecturer and senior design advisor in the Department of Chemistry and Chemical Biology at Stevens Institute of Technology. “More than 35,000 people die because of those infections.”

A team of Stevens students working with Alluri, which includes Emily Anodide and Thomas DeGasperis, hopes their senior design project can play a role in solving that huge problem.

Bacteria can evolve quickly to escape whatever mechanism antibiotics use to kill them, and since the 1960s, less than five new antibiotics (e.g., linezolid, daptomycin) with a novel mechanism of action have been discovered. Instead, the antibiotics approved each year are modified versions of existing antibiotics, which means the target bacteria are familiar with their mechanisms of action and have a head start in developing ways to resist them.

The students had one goal in mind when they began looking for a senior design project: they hoped to do something meaningful and relevant to their career paths. Anodide plans to become a physician assistant and already works in a hospital, so she was familiar with one of the underlying causes of antibiotic resistance. “I see people come in all the time abusing antibiotics,” she said. “People will take an old dose for a headache.”

DeGasperis, who is headed to dental school, also wanted a project that was super physical. “I love using my hands and being hands-on, which is actually why [I'm going into] dentistry,” he explained. “And I love building things.”

The students’ projects—making synthetic versions of a recently discovered antibiotic—combine all those elements.

Back in 2016, scientists in Germany uncovered a brand-spanking-new class of antibiotic in an unexpected place: the human nose. About one-third of people carry a strain of bacteria called Staphylococcus lugdunensis in their nasal passages. It turns out that that bacteria produces a compound called lugdunin that can kill MRSA.

It’s a big deal because healthcare providers have been making do with the same antibiotics for decades—and because it’s the first time scientists have found an antibiotic in human-associated bacteria.

In Alluri’s lab, Anodide and DeGasperis are building lugdunin analogs. “We're trying to synthetically recreate it in the lab because, once you can do that, you can send it out for mass production,” explained Anodide. And Alluri hopes that subtle tweaks of the native molecule will produce a more potent version of the antibiotic or maybe even one that works against a wider range of harmful bacteria. 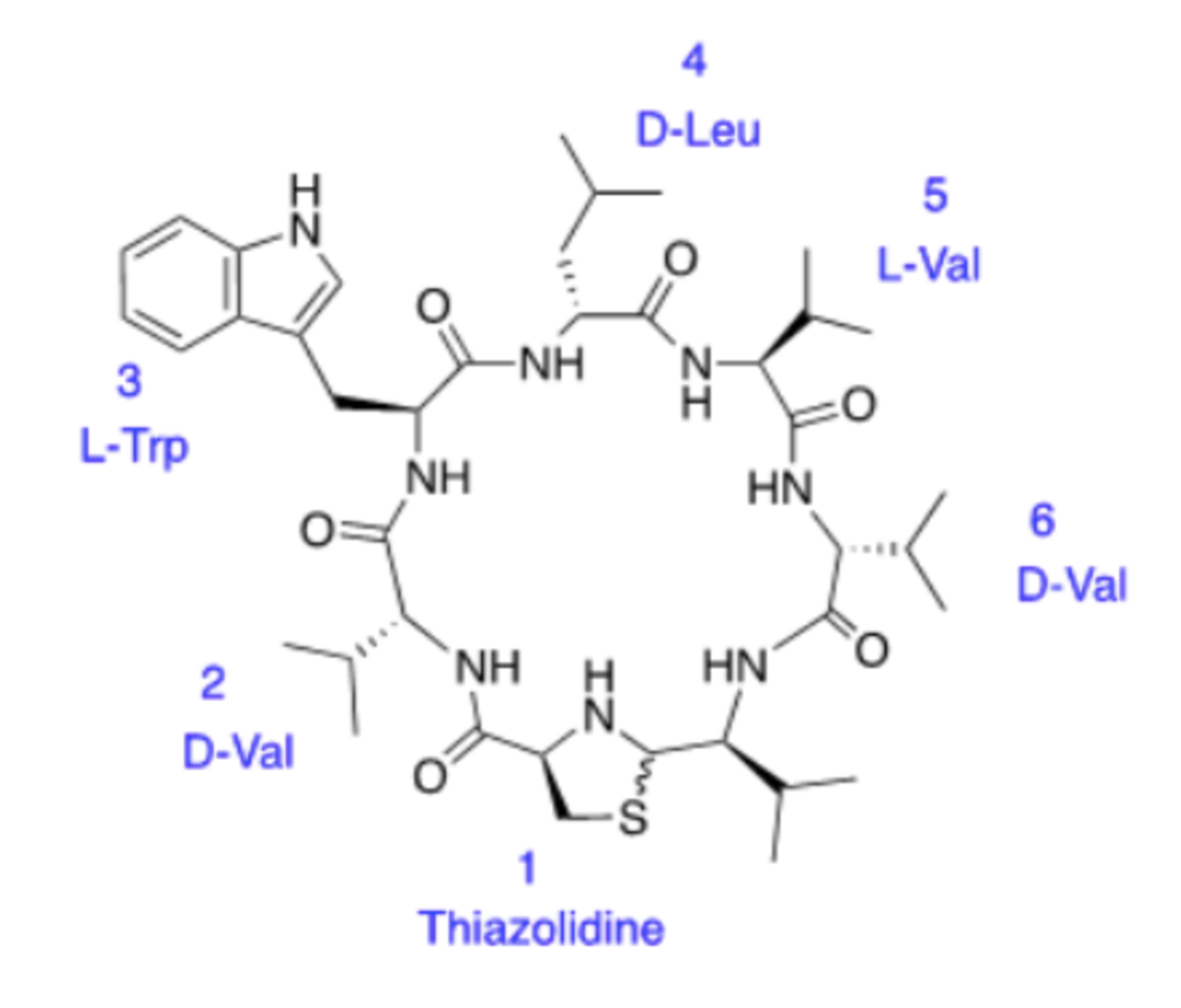 Lugdunin contains an unusual thiazolidine heterocycle and five amino acids that form a circle—called a cyclic peptide—and it’s probably no surprise that building this molecule in the lab is complicated. To make it more doable, Alluri split up the project into two intermediates.

Each attempt to build one of those intermediates requires multiple reactions as the students attach each aminoacid individually using solution phase peptide synthesis strategy, protecting and deprotecting the ends to make sure that each bond they make winds up in the correct spot.

The team confirmed the structure of the compounds made at each step using nuclear magnetic resonance (NMR) spectroscopy and mass spectrometry (MS). They make sure to achieve greater than 98-percent purity before moving forward. For DeGasperis, getting the green light from the NMR spectrum felt great. “It's so rewarding to [see] you're getting closer and closer to the final product,” he said.

Putting it all together

Eventually, Alluri will put the two intermediates together to form a complete lugdunin molecule. She thinks it’s possible to get to that point over the next couple years—with the help of other Stevens students, who will pick up this “legacy senior project” where Anodide and DeGasperis left off. Then, Alluri can send that to a collaborating microbiologist for testing against MRSA.

That’s a gram-positive bacteria that natural lugdunin can kill, but Alluri thinks there’s a chance of eventually producing an analog that’s a broad-spectrum antibiotic. That means it would also work against gram-negative bacteria, which have thinner, more impenetrable cell walls and a double membrane—kind of like a sleek bulletproof vest—and tend to be super resistant to antibiotics. That would be a huge step for dealing with the problem of antibiotic-resistant bacteria.

Leaving Alluri’s lab and handing their work off to the next students is bittersweet, but the students will carry lessons from their senior design projects with them as they leave Stevens. DeGasperis thinks his lab experience increased his hand precision and attention to detail. “In the lab, you're doing that to ensure that you have the highest yield that you can achieve,” he explained. “And in the future, my hand precision will make sure that I don't hurt somebody's mouth.”

Anodide appreciates that she had the chance to gain independence in a lab setting. “If you keep working at something, you'll get better,” she said. “And maybe not even because you're better—just because you've been there and you know a little bit more than you did the day before…You might hit a lot of roadblocks and things might take a long time, but in the end, it's always worth it.”