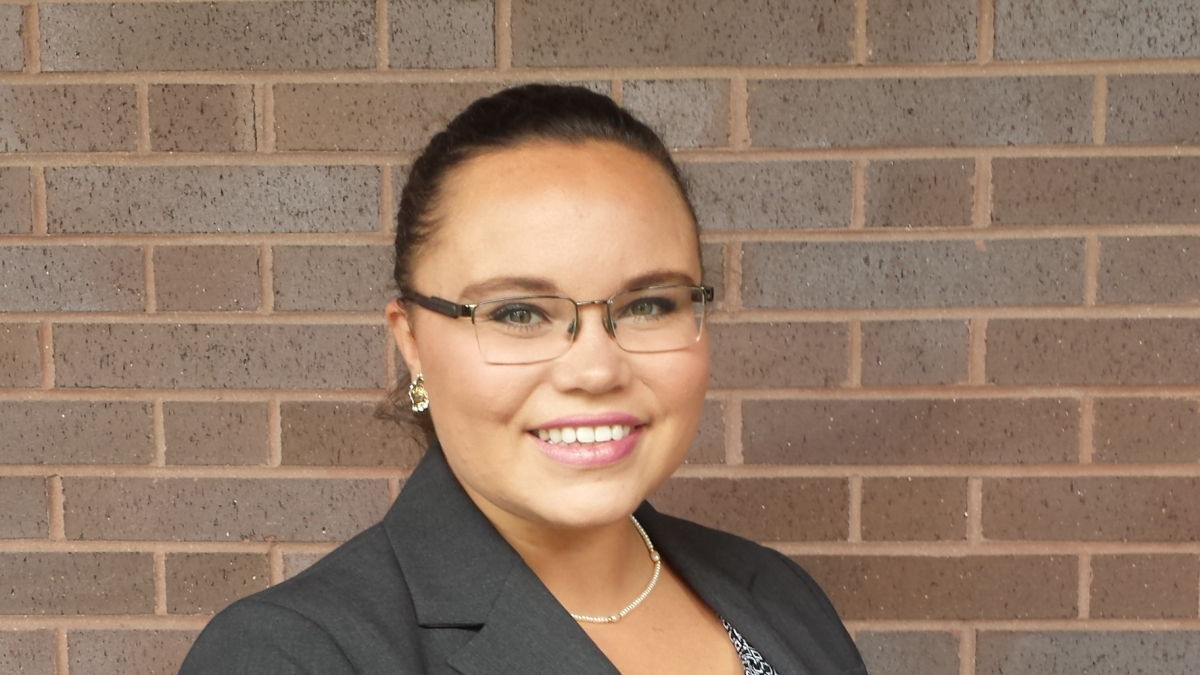 Now Veronica Pidduck '17, a mathematics major at Stevens Institute of Technology, will fulfill a lifelong dream thanks to the scholarship that bears the name of the distinguished statesman her father assisted more than 20 years ago.

After graduation she will travel to the lakeside town of Visaginas, Lithuania, for a ten-month assignment in the Baltic state as an English teaching assistant (ETA) through the Fulbright U.S. Student Program, one of the most prestigious scholarships in the world. Operating in more than 155 nations worldwide, the international exchange program was established by then-Senator Fulbright in 1946 to increase mutual understanding between the people of the U.S. and those of other countries.

Pidduck joins an esteemed group. Fulbrighters are selected on the basis of academic and professional achievement as well as a record of service and leadership potential in their respective fields. Fulbright alumni have achieved distinction in many fields, including 57 who have been awarded the Nobel Prize, 82 who have received Pulitzer Prizes, and 37 who have served as a head of state or government.

What makes the scholarship even more meaningful to the Point Pleasant Beach, New Jersey, native is that she has wanted to visit Lithuania her entire life.

“I have deep family roots there on my mother’s side.”

Gifted in math from an early age, Pidduck’s life-long love for the subject is a tribute to her mother’s strong influence.

“I remember being three years old and learning about square roots and square numbers,” says Pidduck, whose exceptional math ability earned her admission to the Marine Academy of Technology and Environmental Science, a highly selective magnet high school in Manahawkin, New Jersey, in which every course is taught at the college or honors level.

It was during her high school years that Pidduck began applying her considerable mathematical talents as a tutor. She continued to cultivate her teaching skills at Stevens. During summer breaks, she served as an orientation leader, peer mentor and math immersion program staff member. During her senior year, she worked as a teaching assistant for Calculus I and II courses.

Teaching is in fact one of the career pursuits Pidduck is leaning toward when she returns to the U.S. from Lithuania.

“I would love to get a Ph.D. at Stevens and teach at the college level. I’m also interested in medicine and dentistry. If I don’t go the Ph.D. route, I might pursue a career in healthcare like my father, who is an ophthalmologist. I’d also be open to using my math skills in a government position the way my mother has.”

At Stevens, Pidduck says she has enjoyed a rich variety of academic experiences. As an elite Stevens Scholar, she participated in faculty-supervised research involving a groundbreaking technology in spinal fusion surgery. In addition to her math studies, Pidduck also excelled in the humanities, minoring in the fields of visual arts & technology and science, technology & society (STS) through the College of Arts & Letters.

“My STS minor has expanded my experience at Stevens and provided a welcomed contrast to my math classes. I believe this well-rounded education contributed to my selection as a Fulbrighter.”

A talented singer, Pidduck is the soprano section leader of the Stevens Choir and a member of the President’s Ensemble. She also sings for the Newman Catholic Association during Sunday Mass and is a founder of Sigma Delta Tau sorority at Stevens.

The promise of such campus experiences, combined with a close-knit community, is what made Stevens the right choice for her, Pidduck says.

“Stevens stood out for me because it sounded like I could study math and pursue other options, and it turned out to be true,” she said. “I also loved the sense of closeness I felt on campus whenever I visited. Whether it was faculty or the admissions staff, they would remember my name from visit to visit, and seek to catch up with me.”

Now that her Stevens journey is coming to a close, she makes time to share her experiences to prospective students as a Stevens Ambassador.

“On Accepted Students Day, I could not express enough to prospective students how much I have loved my time here,” Pidduck notes.

She now looks forward, with great excitement, to her overseas adventure in Lithuania. At the end of August, she will travel to Visaginas.

“From what I’ve read, it seems like a very active community. Russian is the primary language spoken there, with Lithuanian taught as a second language, and English the third. I will be assisting a professional English teacher there, and I’m looking forward to working with students in some after-school activities in math and science, and even coding.”

She adds that her Lithuanian experience will be a very personal journey not only for herself but for her family.

“My parents and my brother will be visiting me while I’m there. This Fulbright opportunity allows me to apply my teaching skills in a way that will allow me to travel and see a country that’s important to me and my family for the very first time.”