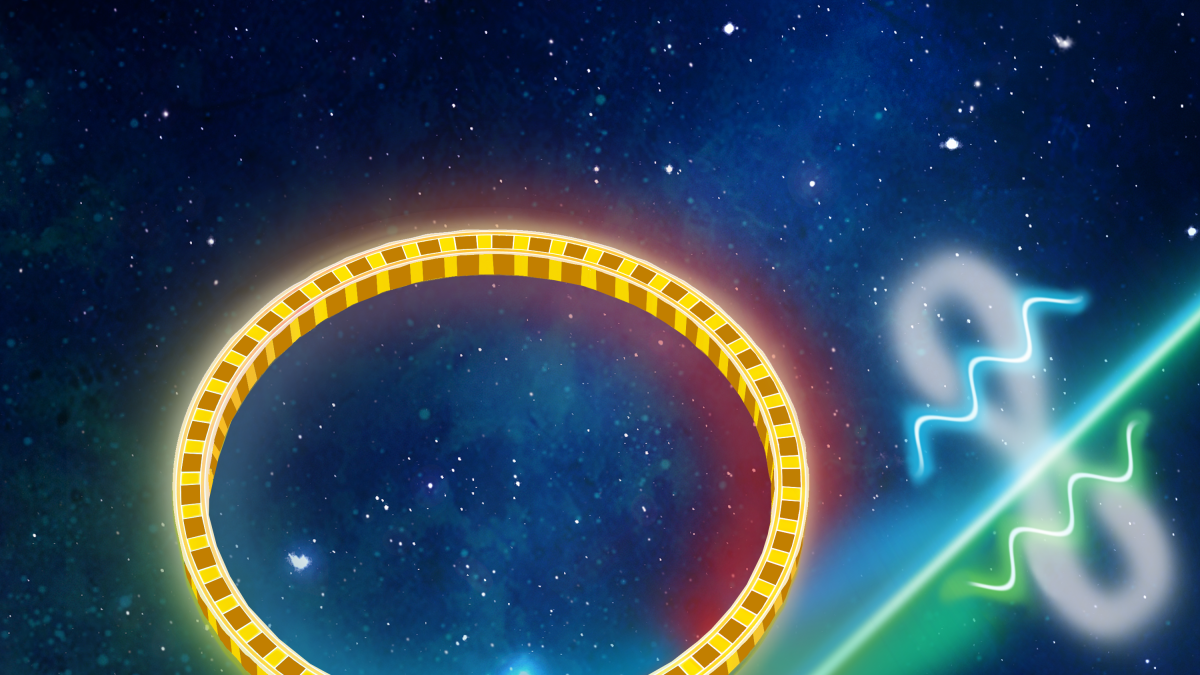 Yuping Huang and colleagues at Stevens Institute of Technology demonstrate a quantum circuit that can readily be integrated with other optical components, paving the way for high-speed, reconfigurable, and multifaceted quantum devices.

(Hoboken, N.J. – Dec. 17, 2020) -- Super-fast quantum computers and communication devices could revolutionize countless aspects of our lives — but first, researchers need a fast, efficient source of the entangled pairs of photons such systems use to transmit and manipulate information. Researchers at Stevens Institute of Technology have now done just that, creating a chip-based photon source 100 times more efficient than previously possible. The work brings massive quantum device integration within reach.

“It’s long been suspected that this was possible in theory, but we’re the first to show it in practice,” said  Yuping Huang, Gallagher Associate Professor of Physics at Stevens and director of the Center for Quantum Science and Engineering.

To create photon pairs, researchers trap light in carefully sculpted nanoscale microcavities; as light circulates in the cavity, its photons resonate and split into entangled pairs. But there’s a catch: at present, such systems are extremely inefficient, requiring a torrent of incoming laser light comprising hundreds of millions of photons before a single entangled photon pair will grudgingly drip out at the other end.

Huang and colleagues at Stevens have now developed a new chip-based photon source that’s 100 times more efficient than any previous device, allowing the creation of tens of millions of entangled photon pairs per second from a single microwatt-powered laser beam.

“This is a huge milestone for quantum communications,” said Huang, whose work appears today in the Dec. 17 issue of Physical Review Letters.

By fine-tuning additional factors such as temperature, the team was able to create an unprecedentedly bright source of entangled photon pairs. In practice, that allows photon pairs to be produced in far greater quantities for a given amount of incoming light, dramatically reducing the energy needed to power quantum components.

The team is already working on ways to further refine their process, and say they expect to soon attain the true Holy Grail of quantum optics: a system with that can turn a single incoming photon into an entangled pair of outgoing photons, with virtually no waste energy along the way. “It’s definitely achievable,” said Chen. “At this point we just need incremental improvements.”

Until then, the team plans to continue refining their technology, and seeking ways to use their photon source to drive logic gates and other quantum computing or communication components. “Because this technology is already chip-based, we’re ready to start scaling up by integrating other passive or active optical components,” explained Huang.

The ultimate goal, Huang said, is to make quantum devices so efficient and cheap to operate that they can be integrated into mainstream electronic devices. “We want to bring quantum technology out of the lab, so that it can benefit every single one of us,” he explained. “Someday soon we want kids to have quantum laptops in their backpacks, and we’re pushing hard to make that a reality.”