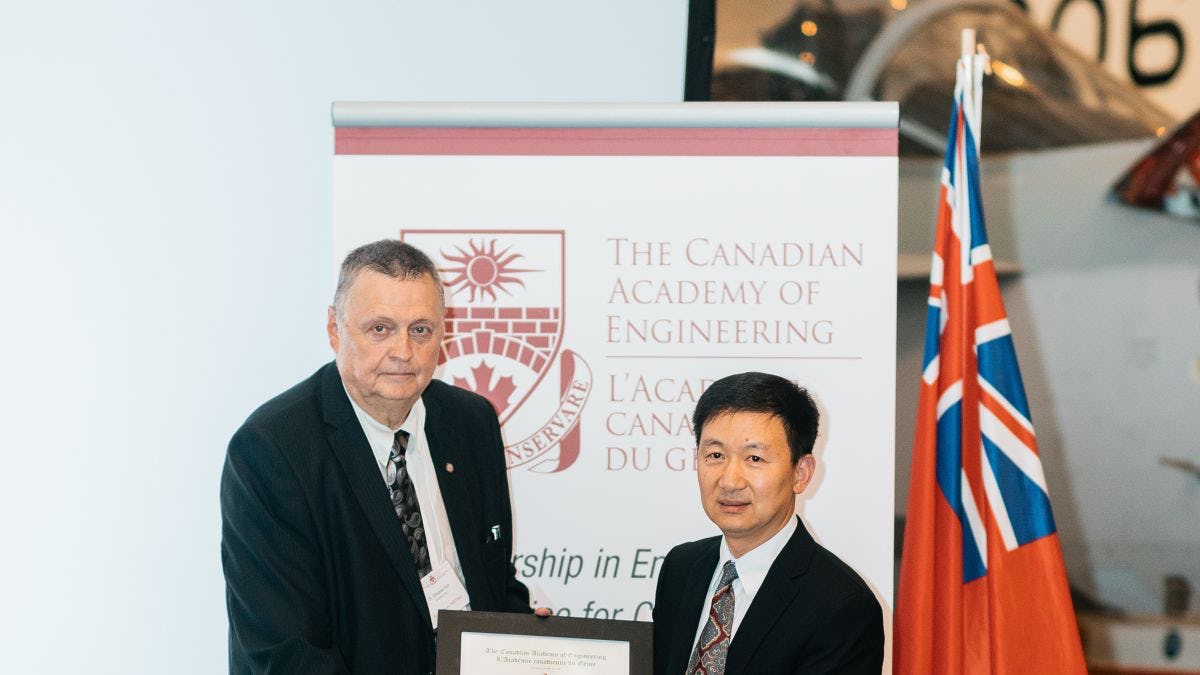 Noted wireless communications and cognitive radio researcher Dr. Yu-Dong Yao, professor and department director of Electrical and Computer Engineering (ECE) at Stevens Institute of Technology, was recently inducted as a new Fellow in the Canadian Academy of Engineering (CAE).

Dr. Yao is one of 52 new fellows to receive the honor this year at an induction ceremony that was held in Ottawa, Canada during the Academy’s annual meeting in June.

The Academy praised Yao as an “internationally recognized expert in data link and access protocol designs for satellite and cellular networks. For over 25 years, he has made significant contributions to telecommunications systems, including developing advanced on-board processing technologies for the Canadian Department of Communications and the European Space Agency and data link protocols for the Globalstar satellite system.”

“We are very proud of Dr. Yao. His achievements and innovations in data link and access protocol reflect an unparalleled commitment to excellence. As a CAE fellow myself, I offer my heartiest congratulations to him,” says Dr. Jean Zu, dean of the Charles V. Schaefer, Jr. School of Engineering & Science (SES).

Dr. Yao holds 13 U.S. patents and published over 150 research papers. He served as editor or associate editor of IEEE Journal on Selected Areas in Communications (2001-2002), IEEE Transactions on Wireless Communications (2002-2005), IEEE Transactions on Vehicular Technology (2001-2006) and IEEE Communications Letters (2000-2008). A member of Steven’s faculty since 2000, Dr. Yao is also an elected Fellow of the IEEE (Institute of Electrical and Electronics Engineering) and Fellow of National Academy of Inventors.

Dr. Yao received his B.Eng. and M.Eng. from Nanjing University of Posts and Telecommunications and Ph.D. from Southeast University. Between 1987 and 1994, he studied at Carleton University in Ottawa and worked with Spar Aerospace in Montreal. He conducted research in mobile radio and satellite communications.

The CAE is an independent, self-governing and non-profit organization established in 1987. Members of the CAE are nominated and elected by their peers to honorary Fellowships, in view of their distinguished achievements and career-long service to the engineering profession.