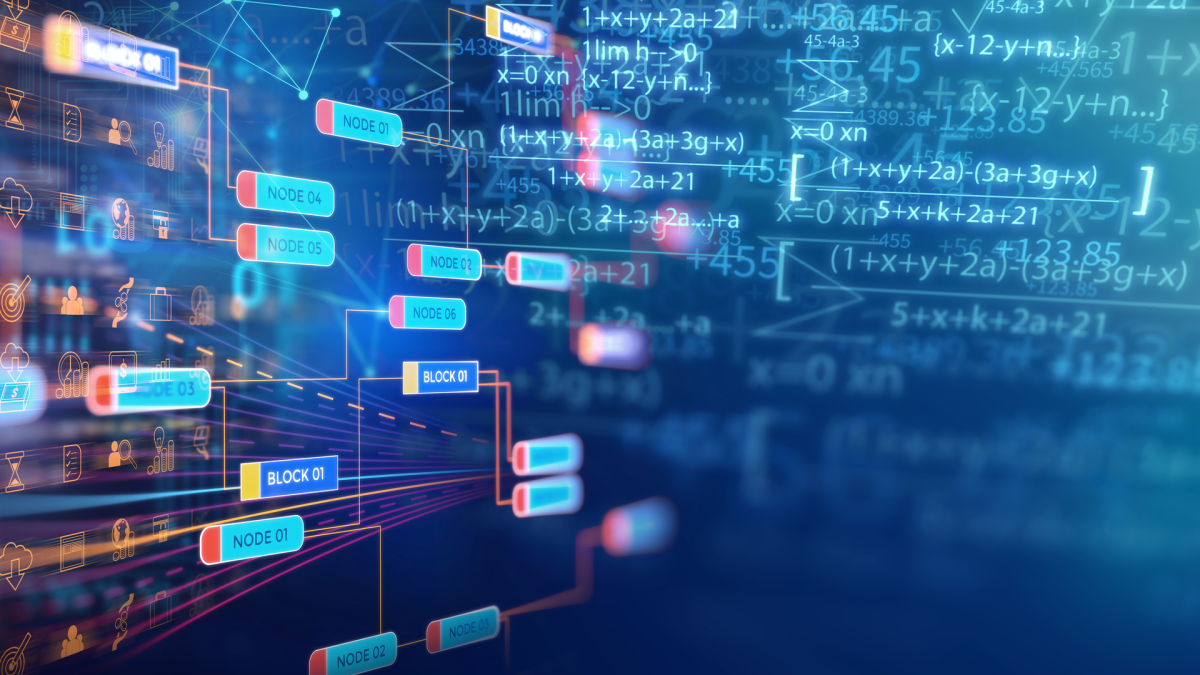 Rizos Sklinos, Stevens lecturer in the Department of Mathematical Sciences, recently secured a grant of $313,000 from Deutsche Forschungsgemeinschaft (DFG) in Germany to pursue investigations into the intersection of two mainstream branches of pure mathematics: geometric group theory and model theory. This award is a marker of international recognition not just for Sklinos, but also for the Stevens Department of Mathematical Sciences.

Sklinos is investigating the boundary between model theory (a branch of mathematical logic) and hyperbolic geometry.

Model theory considers how language or sentences can describe properties in a mathematical fashion. Semantics and syntax are important elements of mathematical language, as semantics speak to the truth and meaning of a statement, while syntax represents these truths in formulas and proofs.

In 300 B.C., Euclid set the foundations of flat plane geometry—that is, what we can see—by giving five postulates (indisputable truths) from which all geometry should follow. It was only after more than 2,000 years, in the 19th century, that mathematicians realized that Euclid’s parallel postulate can be negated and, together with the rest of Euclid’s foundational postulates, still yield a meaningful geometry. They called this new geometry hyperbolic. In reality, space can be curved at places, looking like a horse saddle—and we now understand this curvature through hyperbolic geometry.

While there is not currently an immediate or tangible outcome to the study of pure math, applications of pure math are known to eventually be developed. Hyperbolic geometry, once purely theoretical, was later adopted by Einstein to model his general theory of relativity—a landmark of scientific discovery.

“The once fine line between pure and applied science is nowadays blurred,” Sklinos said. “Alan Turing’s abstract machines, which were once purely theoretical, eventually became algorithms and personal computers.”

Alan Turing (1912 to 1954) conceptualized his revolutionary “Turing machine” in 1936. With a series of 0s, 1s, and spaces, this simple machine can represent any algorithm, even the most complex. An algorithm, simply expressed, is a mechanical procedure. Turing used his machine to run computations that answered theoretical problems. It was not until after Turing’s life that the personal computer arose from the foundation that Turing created.

While the outcomes of Sklinos’ research may not be predictable at this moment, he trusts that in time—perhaps decades or even centuries—new leaps in applied math will be made possible because of the progress made in pure math.

“Science is a tree, pure math is its roots, and applications are its fruits,” Sklinos analogized. “If we don’t advance a science, if we don’t increase its roots, we won’t get the applied fruit. We may not be able to say what the applications of an inquiry are going to be, but in the past, many theoretical advances have been used after 200 years or even 1,000 years. Pure science sets the limits for how far we can get.”

He gives the example of the mathematician David Hilbert (1862 to 1943) who, at the International Congress of Mathematicians in Paris in 1900, posed 23 unsolved problems to occupy mathematicians for the next century or so. Hilbert seemed to believe in what would now be called the decidability of mathematics–that we should be able to create a procedure that can decide whether or not any mathematical statement is true.

Kurt Gödel (1906 to 1978), in answering one of these problems, proved that mathematical statements exist that are true but cannot be formally proved. As a consequence of this discovery, we cannot create an algorithm that will decide the truthfulness of any math problem. The crux of any problem is that math will forever depend upon human intuition.

In solving this problem, Gödel set limits for what is scientifically possible and laid the foundation for modern mathematical logic, and, in particular, model theory.

“Some problems in math stay open for, say, 50, 100, or even 2,000 years,” said Sklinos. “These are major obstacles and attraction points in math. If you solve it, then a lot of new research will come out of it.”

In his research into model theory and hyperbolic geometry, Sklinos plans to tackle some major open problems concerning the first-order theories of hyperbolic groups.

“For me, pure math is a passion; it’s a fight against nature to reveal its truths,” said Sklinos. “You are revealing global invariants. With pure math, we find something that is true, and it’s true forever.”

Just as the discovery of non-Euclidean geometry made it possible to explain gravity and relativity, and just as Turing’s theoretical machines became algorithms and computers, new contributions to pure math may yet yield remarkable, applicable discoveries.

“Euclidean geometry is just enough for survival,” said Sklinos. “This is why I understand pure science as a fight against nature—we try to understand things that are not important for immediate survival through abstract models; and to understand invariants of the universe through means that nature didn’t give us. My eyes can only understand Euclidean, but my mind can understand that there’s more than that.”

With this grant, Sklinos aims to advance in this path.

“We make small advancements toward the absolute truth, and it’s like understanding the mind of the universe.”

Born and raised in Athens, Greece, Sklinos played soccer professionally until he was 24. At the same time, he was following his other passion: mathematics. “The turning point for me was a course in mathematical logic,” Sklinos said. “I was thrilled about the connections mathematics have with philosophy as well as the pursuit for the ‘absolute’ truth.”