Stevens Pinnacle Scholar Creates the Prosthetics and Exoskeletons of the Future 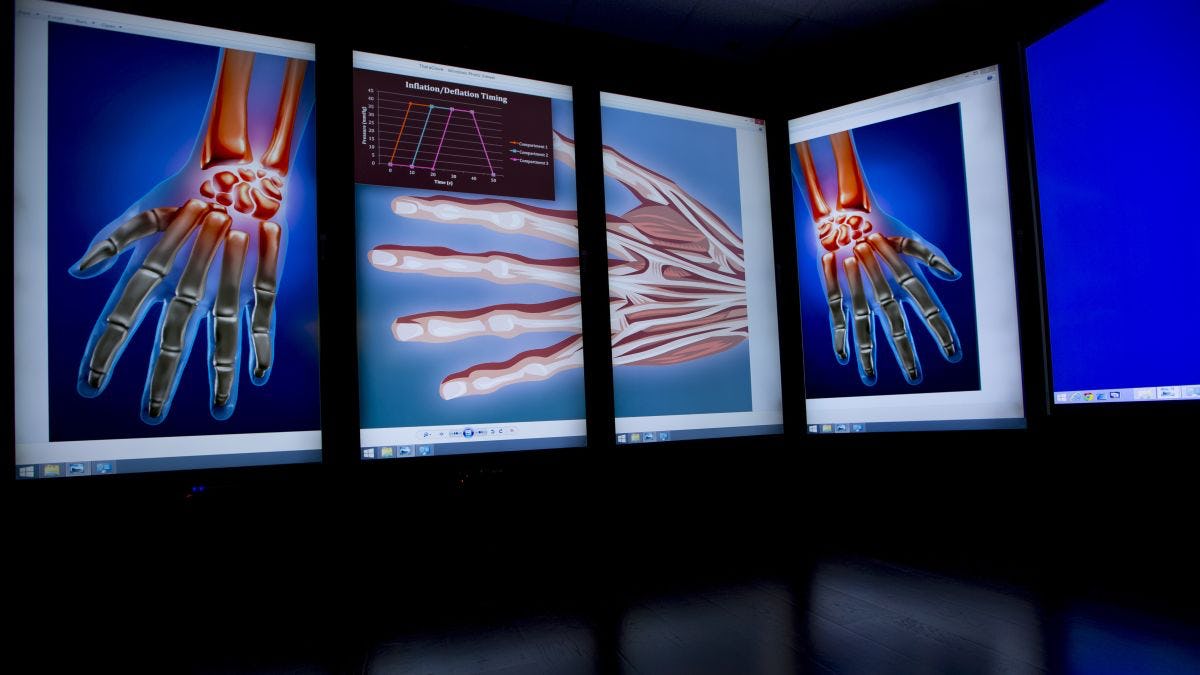 When Katie Van Orden was searching for colleges in 2014, she had a good idea where she might end up matriculating.

She didn't realize, however, that she would soon be selected for two elite programs and go on to perform original research, in a leading-edge engineering lab, while still a freshman.

"Doing a research project in a Stevens lab during the summer after my freshman year was an amazing 11 weeks," she says. "And it was just beginning."

Printing a prosthetic hand from scratch

The mechanical engineering major from Allendale, New Jersey had learned drafting in AutoCAD software and basic robotics in high school. She had also developed an interest in biomedical engineering and healthcare.

"I felt, for a long time, that I wanted to be a doctor," she says. "But as time went on, I realized I would be more suited to helping people on the engineering side rather than being a physician or dealing with all the administrative functions in a hospital." 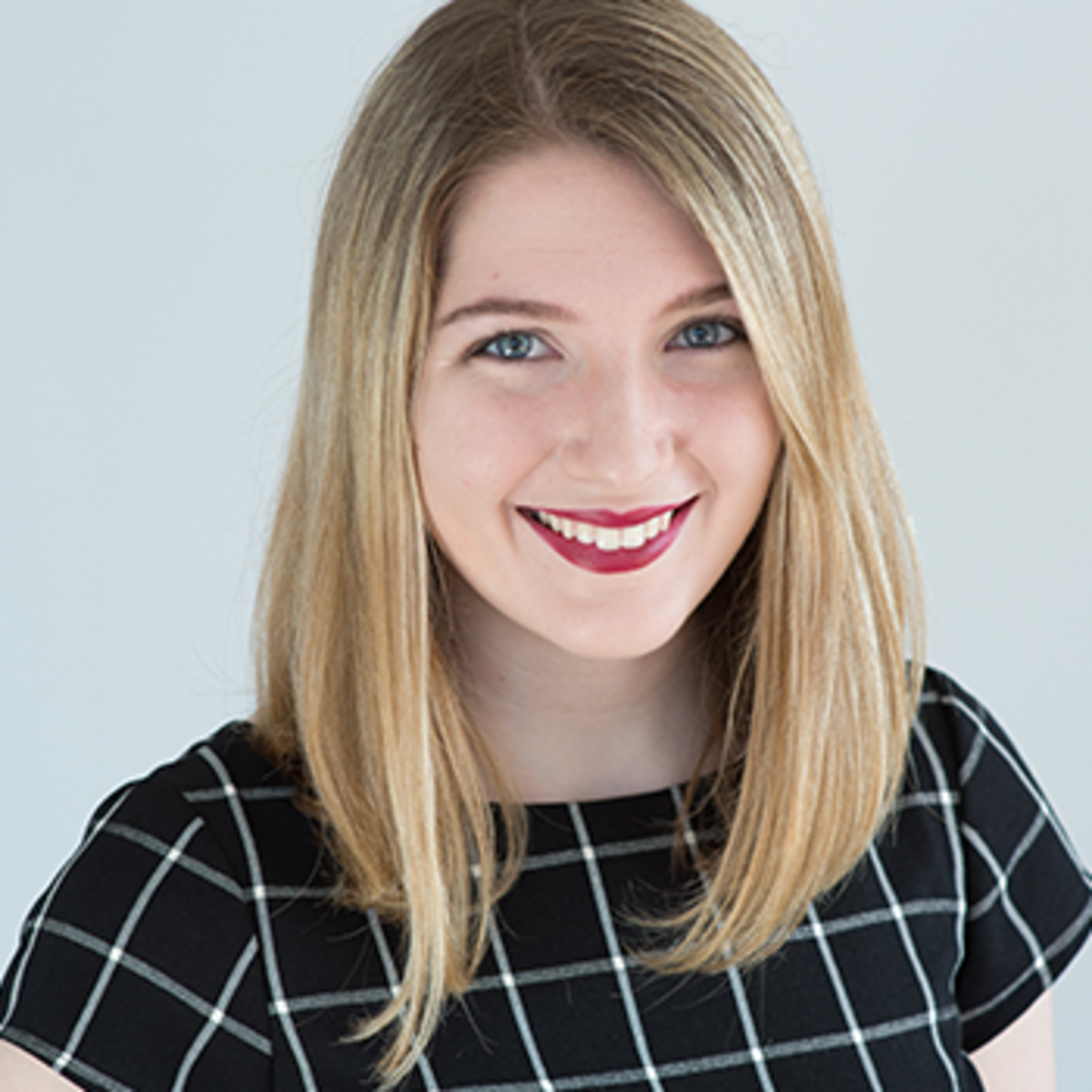 Encouraged by her parents, she spent two weeks in Stevens' pre-college Exploring Career Options in Engineering & Science (ECOES) program — two weeks that helped convince her she was on the right professional, and educational, path.

"That was a great experience," she remembers. "I knew that I loved the campus, the view, the people, the labs. It was natural that I would apply here."

But with her acceptance letter to Stevens came a surprise: notification that Van Orden would also be receiving a Pinnacle Scholarship — a scholarship specifically created to reward Stevens' best and most promising students with additional travel, study and research opportunities — when she entered in the fall of 2015.

"I hadn't even applied for this," she remembers. "It was a great honor."

Thanks to that support, she spent the next summer living on campus and performing research in professor Ramana Vinjamuri's Sensorimotor Control Lab, developing and prototyping a human-hand exoskeleton using the lab's three-dimensional printers; helping assemble the hand ("it involved a lot of sewing, actually"); and performing some C+ programming for an Arduino-based controller module.

"The Pinnacle Scholarship encouraged me to delve into research [as a freshman] and allowed me to live on campus through the summer and complete a challenging research project," she says.

Through the scholarship, she also participated in special trips to New York for a Broadway musical and to visit the American Museum of Natural History.

Once enrolled, there was a second surprise: Van Orden learned she had been registered in President Nariman Farvardin's President's Leadership Seminar — a select freshman course in which students enjoy access to lectures from successful entrepreneurs, business leaders and other luminaries.

"That was incredible, not only getting to know the President personally for two semesters as a freshman but also interacting directly with amazing alumni such as Lawrence Babbio '66 Hon. D.Eng. '11 and Virginia Ruesterholz '83 as they talked about leadership skills and how they entered and advanced their own fields," she notes. "It was pretty unique."

Making a real impact in healthcare

Since then, Van Orden has only grown busier, becoming president of her Theta Phi Alpha sorority; joining two honor societies; playing trumpet in ensembles including a concert band, a brass ensemble and the Stevens Orchestra; and performing semester-long Cooperative Education experiences with medical device firms Zimmer Biomet (in marketing) and Ethicon (in research and development).

"It's a real balancing act, especially with all the classwork and lab time," she says. "Planning and keeping a schedule are everything."

She has continued her research in the Sensorimotor Lab, team-designing, printing and testing a more complex prosthetic hand fashioned of PLA (a 'green' plastic) and Ninjaflex, a brand of thermoplastic polyurethane. The hand's fingers are motor-driven, and can be individually controlled by the user.

And Van Orden has also been a fine ambassador for Stevens, speaking to the Stevens Board of Trustees, a group of newly accepted freshman students and their parents, and friends back home, among other audiences, about the quality of her Stevens experience.

"One of my close friends from high school, a year behind me, visited campus and had lunch with me to ask questions about Stevens, and he later applied here and was accepted," she notes. "Now my sister is interested in learning more about the business programs here."

As she looks forward to the remainder of her university studies and a possible career in biomedical design, Van Orden says she couldn't have chosen a better university.

"I love the planning and building aspects of this field," she enthuses. "Bionics, prosthetics and exoskeletons benefit people in real life. They are not just theoretical. And Stevens has allowed me to work on this."

"I genuinely love it here. Coming here is probably one of the best choices I've ever made."