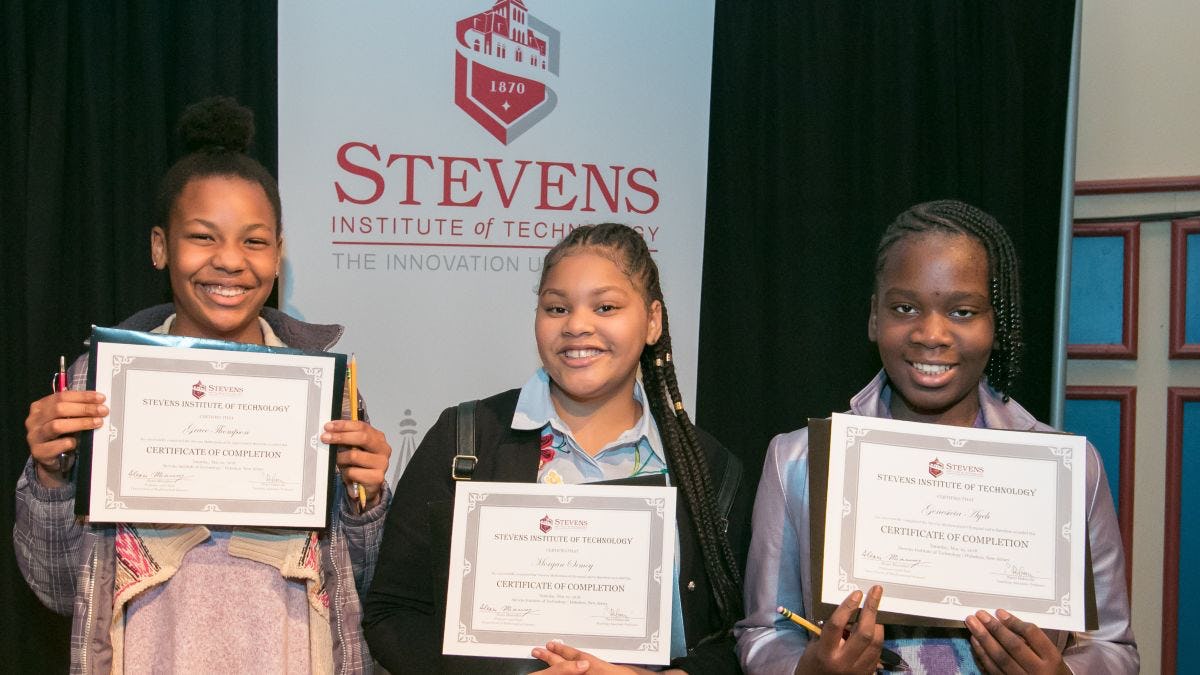 "Bigger and better" is a phrase seldom applied to mathematics education, but it was the theme of the 2018 Math Olympiad at Stevens Institute of Technology.

Hosted by the Department of Mathematical Sciences, the Olympiad challenged students in grades three through twelve to solve ambitious mathematical and logical problems. It was an ambitious exercise in problem-solving and critical thinking. Students from the tri-state area were surprised by the problems, but they were more surprised by their experiences.

"It was amazing!", said one participant in the post-event survey. "I liked how the questions were very challenging," said another. "Everything was perfect—and neat!" said a third. 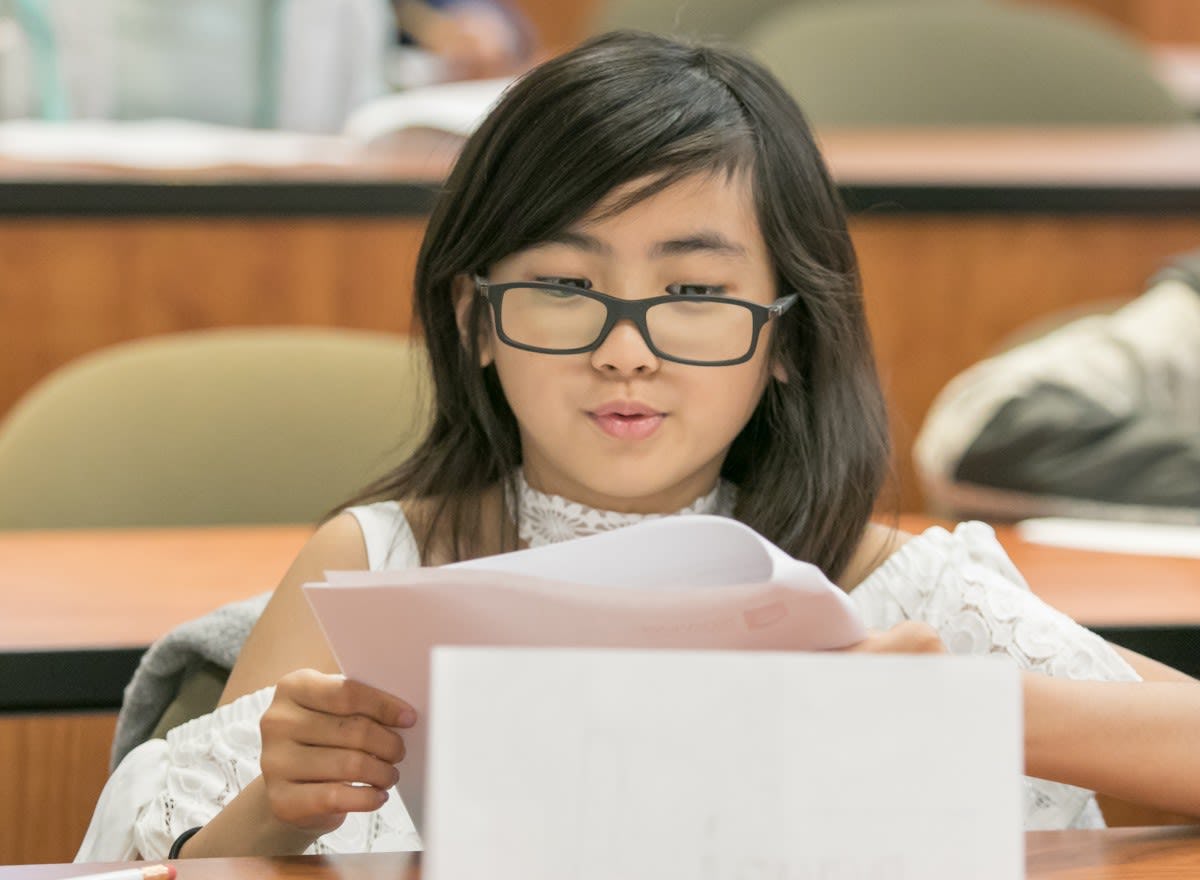 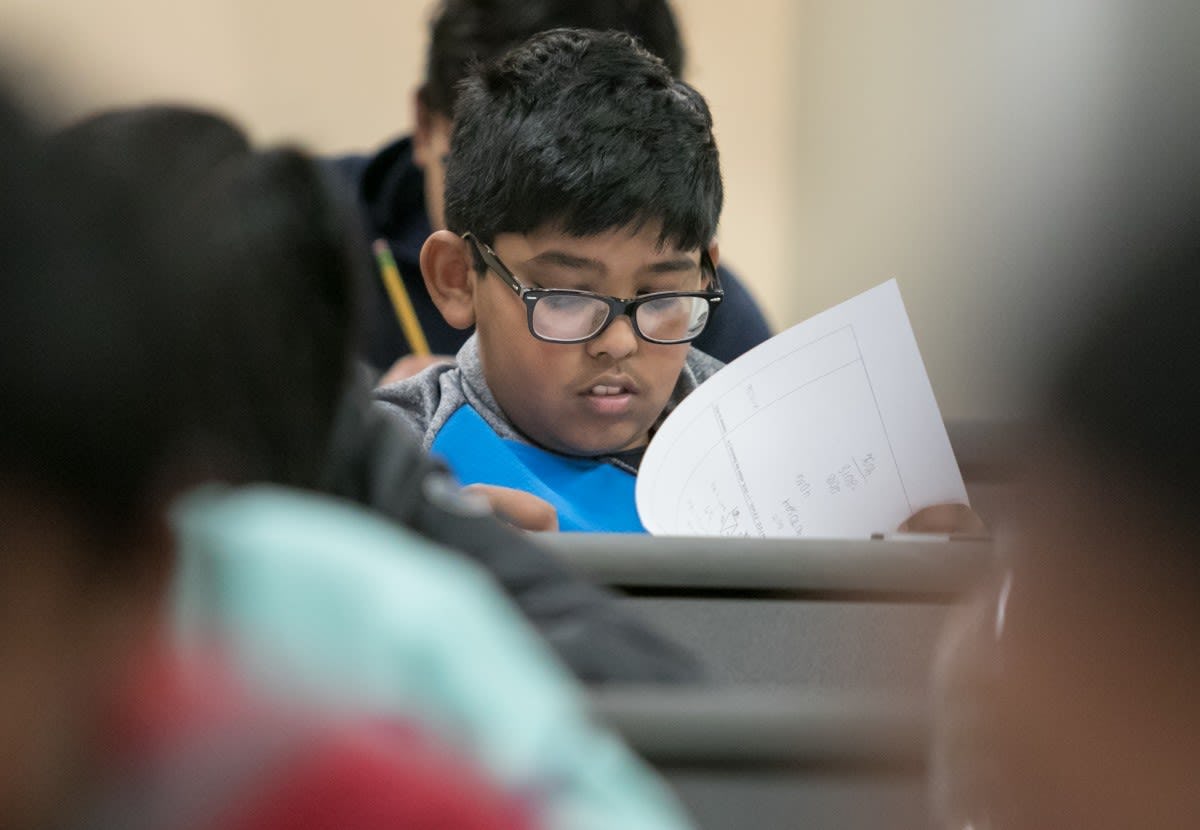 The math department was surprised, too.

"I was in a lecture hall with a very large group of fifth and sixth graders," says award-winning teaching assistant professor and event coordinator Jan Cannizzo. "As I helped them during the exam, I got to see how they thought their way through each problem. There were so many different approaches for the same questions. It was fascinating to see."

Students with the top three scores for each grade level were declared winners and given prizes. They are:

"I very much appreciate that I had the chance to participate in this competition," says Longzhen Chen, the first place winner for grade ten. "I feel so happy that I finished in first place."

Parents appreciated it, too.

"I believe this event is a wonderful experience for young minds. The challenge is certainly worth the time!" said one parent in the post-event survey. "It’s an excellent program—I wish it was offered for grade 2!" said another. "This is a mathematical competition that students from New York public schools love to participate in," said a third.

While the 2017 Math Olympiad welcomed 350 participants, this year’s Olympiad had nearly 400 registered—including previous winners. "I couldn’t help but notice one student wearing one of our medals that he had won last year," Cannizzo says. "We not only have overlap in our attendance, we had a significant number of participants returning—and that’s what we want. We want these students with us year after year as they move through their education." 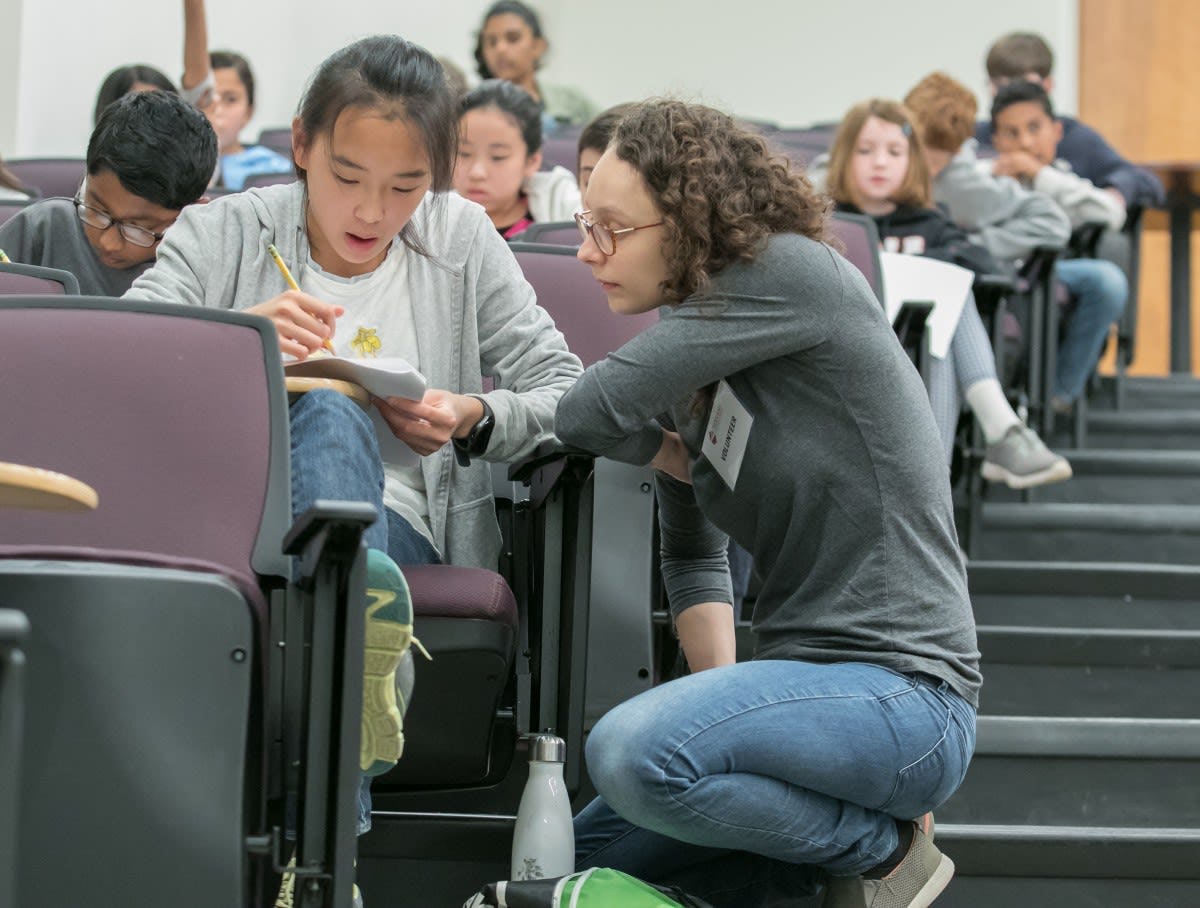 Thankfully, there were more volunteers to accommodate all of those participants. The student volunteers at the Olympiad were mostly new to the event, but they were integral to its success. "I want to offer a big thank you to all of our volunteers," Cannizzo says. "We are immensely grateful for all their help and hard work." Undergraduates, graduates and even alumni came from all programs at Stevens to set up classrooms, direct participants and facilitate exams. They were excited to help local students test their creative problem-solving muscles with these exams. They can’t wait to do it again next year.

Another new aspect of the Olympiad was the participation of Stevens President Nariman Farvardin. He gave opening remarks about the importance of mathematics education using examples from the Stevens community. "It was his first time at the Olympiad and the audience really enjoyed it, as did President Farvardin," says Cannizzo. "He sent us a nice email afterward expressing how impressed he was." 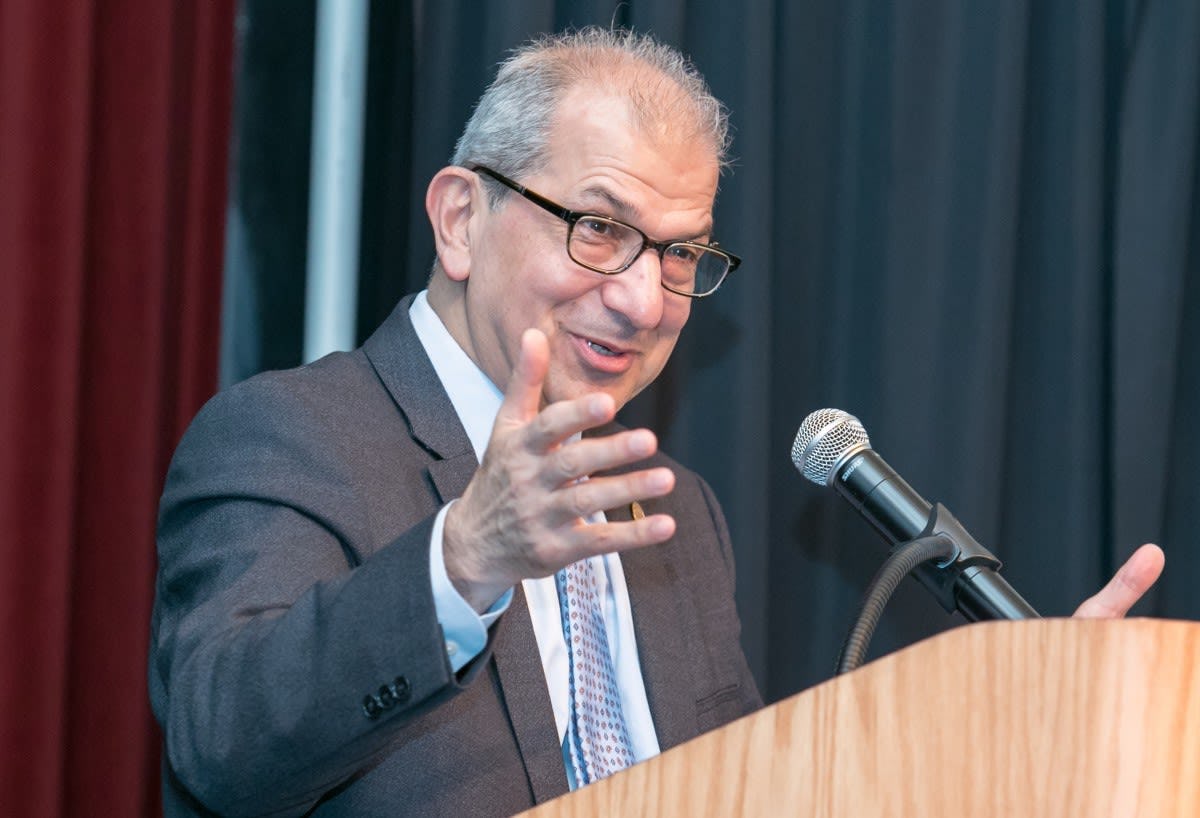 President Farvardin was so impressed he even offered suggestions on how to make the Olympiad even more successful. His suggestions align perfectly with the department’s long-term investment in improving math education in the tri-state area.

"The annual Olympiad is intended to mesh with the department’s math circles outreach at public schools in the tristate area," Cannizzo says. Participation in the circles was higher than expected this year, and it is Cannizzo’s hope that Stevens will not only create more circles, but also that these circles will nurture Olympiad participants. In fact, that’s already happening; Daniel Haiduc, the grade five third place winner, also participates in Stevens’ Wallace Elementary School math circle.

"We’re building a community of learners," says Cannizzo. "We’re helping students in Hoboken and the tri-state area break barriers and open new doors to their success. We want to keep doing that." 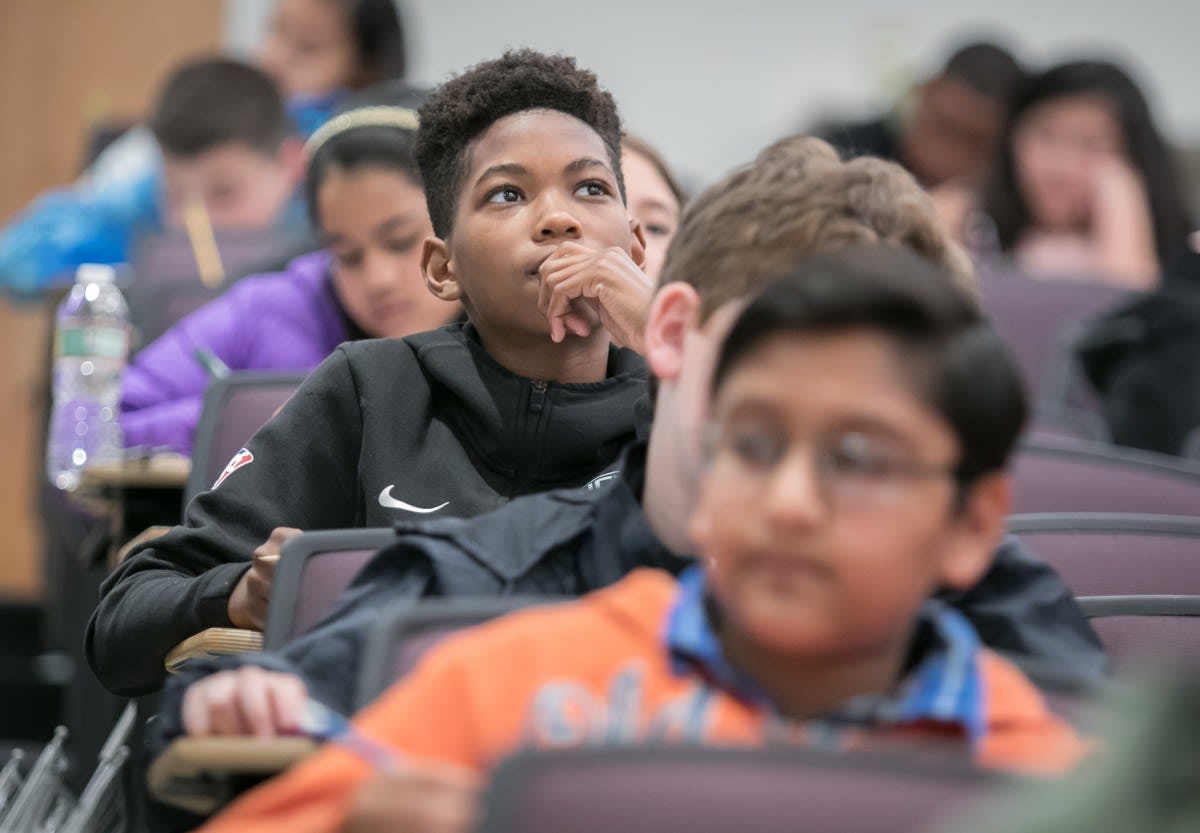 Note: all images of participants featured with their consent.