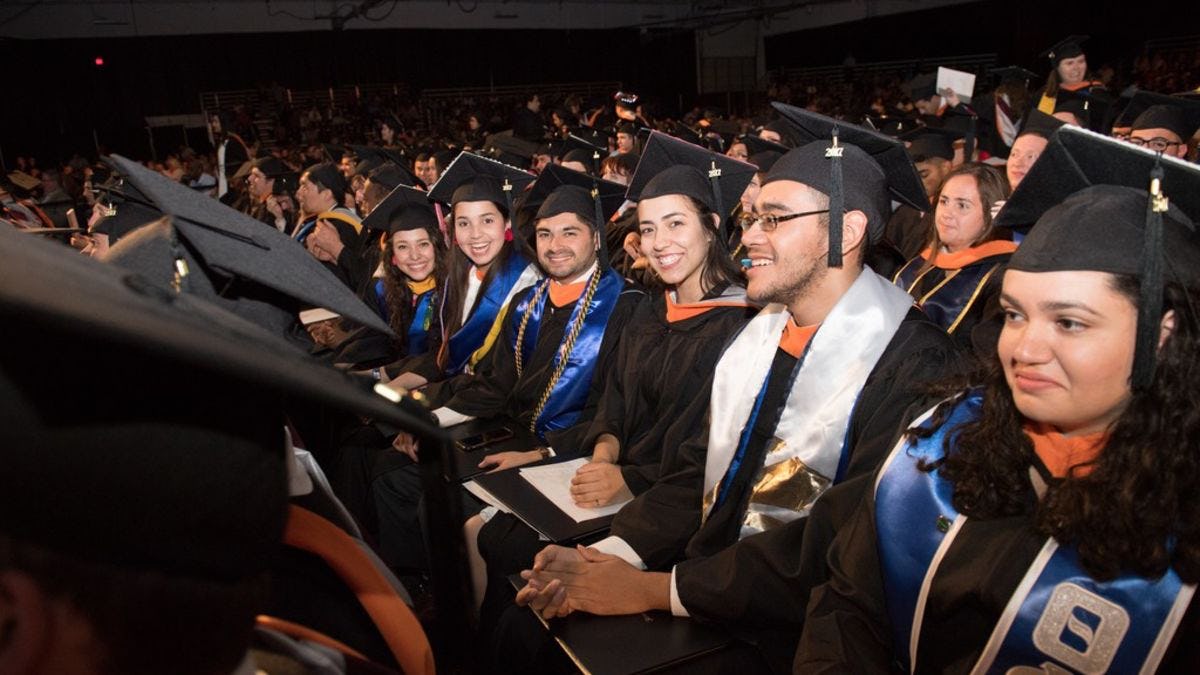 The success of the most recent class of graduates from Stevens Institute of Technology offers a clear affirmation of the school’s Top 10 national ranking by salary consultancy PayScale for return on investment.

According to the Class of 2017 Outcomes Report, just released by the Stevens Career Center, 96 percent of graduates finalized their plans within six months of graduation. Fully 75 percent secured highly competitive employment opportunities, a seven percent increase over the previous year.

Of those who accepted employment, half are working in either finance (20 percent), manufacturing (18 percent) or engineering (12 percent).

In addition, 17 percent reported admission to prestigious graduate programs including those at Johns Hopkins University, Columbia University, Brown University and the University of California-Berkeley.

For some students, like Veronica Pidduck ’17, opportunities outside the U.S. beckoned. After graduating in May, she traveled to Lithuania for a ten-month teaching assignment on a prestigious Fulbright Scholarship.

In business and the arts, 98 to 100 percent outcomes

The College of Arts and Letters reported that 100 percent of bachelor of arts degree recipients finalized their first destination plans within six months of graduation. The School of Business also reported impressive outcomes for graduates – 100 percent of business & technology, information systems and marketing majors and 98 percent of finance and quantitative finance majors secured career outcomes in the six months after commencement.

“Employers continue to value the unique blend of technology and business skills that forms the cornerstone of the Stevens experience,” said Dr. Prastacos.

“Employers are looking to hire people who know how to leverage technology to improve business processes, and ultimately make smarter business decisions. And that’s something that business technology majors, and students who go to Stevens in any of the business programs, get to showcase in their interviews,” said Gleason.

Additionally, the Schaefer School of Engineering & Science and the School of Systems and Enterprises reported 100 percent outcomes for students who received bachelor degrees in: electrical engineering; engineering management; bioinformatics, chemistry and chemical biology; pure and applied mathematics; and physics/engineering physics.

Computer engineering, finance, chemical engineering and cybersecurity were among the most lucrative fields for Class of 2017 graduates, boasting accepted salaries as high as $110,000.

What employers look for

Experiential learning is often cited by repeat employers as one of the top attributes of a Stevens education. Michael DiFranco, senior manufacturing engineer for General Dynamics, says what impresses him most about Stevens students is the real-world application of knowledge they gain through either senior design projects or actual work experiences.

“That’s important because when you come to our company you’re going to apply the concepts and theories you learn in the classroom to a real product,” DiFranco said.

Repeat employers like General Dynamics aren’t the only ones to take notice of the workplace readiness of Stevens students. Stevens was recognized as a top 20 school for internships by The Princeton Review in its “Colleges That Pay You Back, 2017.”

The real-world work experiences that Stevens is known for providing, in the form of co-ops and internships, was also top of mind for many graduates.

“I would not have even known what my dream job was without test-driving a variety of mechanical engineering career paths through co-op jobs provided by the Cooperative Education Program. Not only did I figure out what field I wanted to pursue during my time at Stevens, I was able to gain the necessary experience and knowledge to actually secure and then thrive in my new position at Honda,” said Tyler Tisdale ’17, now a hybrid electric vehicle design engineer at Honda R&D Americas, Inc.

Other graduates, such as DeAnna Humphrey ’17, an operations analyst at RBC Capital Markets, cited the personalized attention they received from the Stevens Career Center staff as an important factor in achieving their desired career outcomes.

“The patience and dedication of the Career Center staff, through resume rewrites and countless interviews, helped ease the transition to post-graduation life,” said Humphrey.

For Lynn Insley, executive director of the Career Center, the success of these graduates is a testament to the value of a Stevens degree.

“The broad-based education they receive at Stevens, with its focus on technology and real-world experience, cultivate graduates who have the ability to problem-solve and hit the ground running for employers seeking high-impact employees. The Career Center staff congratulates the Class of 2017 on their achievements, and will continue to work with those graduates who are job searching or seeking admission to graduate or professional school programs,” Insley said.

To read the report or learn more about the success of Stevens graduates, visit stevens.edu/careercenter.