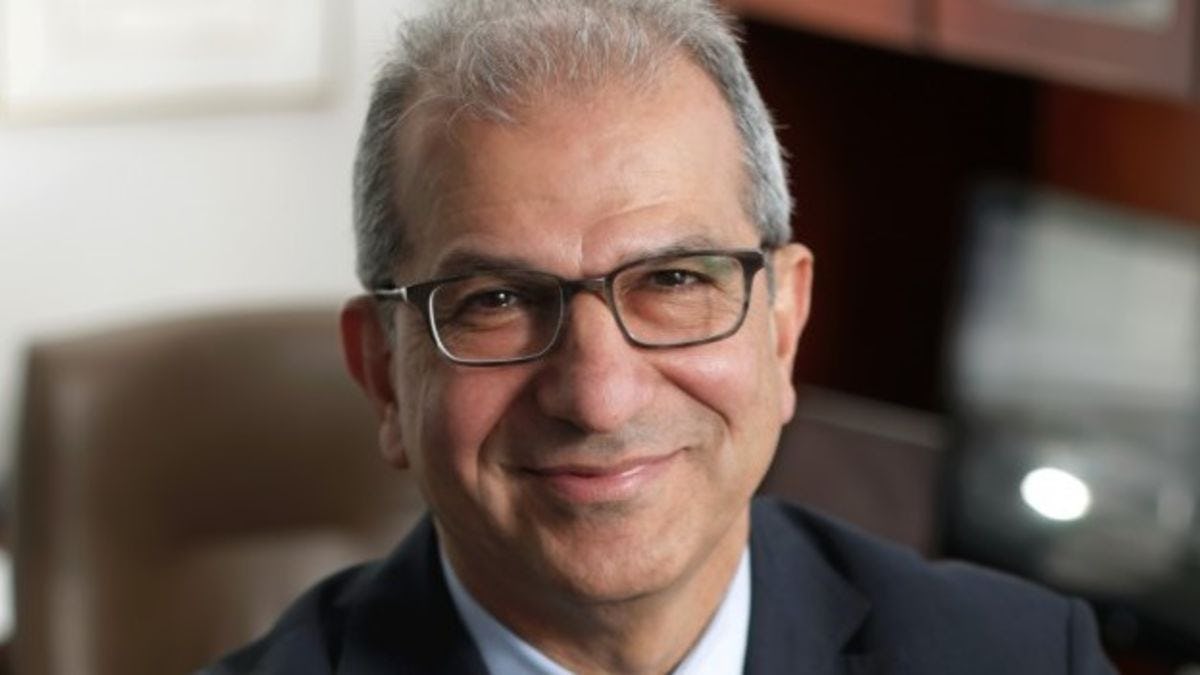 (Hoboken, N.J. – July 22, 2020) –The Stevens Institute of Technology Board of Trustees unanimously voted to reappoint President Nariman Farvardin to a third five-year term, beginning July 1, 2021 and extending through June 2026. The decision affirms Farvardin’s pivotal role in Stevens’ decade-long ascent—in the academic caliber and growth of undergraduate and graduate students, in the renovation, modernization, and expansion of Stevens’ academic and student spaces, in the number of signature scholarships and programs, and in graduates’ career outcomes.

Currently in his tenth year, Farvardin was named president of the university in 2011 and is its seventh president. Since that time, the university has seen unprecedented growth in undergraduate and graduate applications and student enrollment with a marked increase in selectivity and academic profile. During his tenure, Farvardin has also attracted outstanding faculty from prestigious institutions, increased the size and caliber of Stevens’ research portfolio, strengthened Stevens’ financial profile, made major investments in learning, research, and student spaces, and launched new programs to attract stellar students and increase enrollment of underserved and underrepresented minority students.

“The Board of Trustees is very fortunate to have President Farvardin lead this university,” said Chairman of the Board Stephen T. Boswell C.E. ’89 Ph.D. ’91 Hon. D. Eng. ’13. “Under his visionary leadership, Stevens has solidified its reputation as a premier research and teaching university. Especially during these tumultuous times, the Board values President Farvardin’s consistent and unwavering focus and will rely upon his leadership to accelerate Stevens’ upward trajectory. With his reappointment, President Farvardin and the Board will continue to advance the university as a national and global beacon of higher education and fulfill the goals outlined in Stevens’ strategic plan.”

“One of life’s greatest privileges is the opportunity to devote oneself wholeheartedly to work that makes a positive impact in the world,” said President Farvardin. “Early on, my father instilled in me a strong work ethic, an appreciation for the value of service to others, and a sense of obligation to use my talents and energy to do good. Serving as president of Stevens is the realization of my father’s dreams for me and a role that I treasure immensely. Stevens is a special place that creates the kinds of opportunities for our graduates that I have been so fortunate to enjoy in my own life and career. I am extremely grateful to the Board of Trustees for their confidence and friendship, and I look forward to working with all my colleagues as we continue Stevens’ upward trajectory.”

Under President Farvardin’s leadership, the university has enjoyed an impressive trajectory across many important domains:

Recently, Georgetown University Center on Education and the Workforce ranked Stevens No. 14 in the nation for return on investment 40 years after enrollment among all U.S. colleges and universities awarding a four-year degree, revealing the value of a Stevens degree over the period of a graduate’s career. Additionally, PayScale ranked Stevens as the top school in New Jersey and No. 13 in the nation for the highest mid-career salaries in the nation.

Prior to joining Stevens, Farvardin was provost at the University of Maryland at College Park, where he also served as dean of the University of Maryland’s A. James Clark School of Engineering and before that, as chair and professor of the department of electrical and computer engineering. He holds seven U.S. patents in data communication, image coding, and wireless communication, co-founded two companies, and was named fellow of the IEEE and the National Academy of Inventors. Among his many accolades, Farvardin accepted the American Council on Education/Fidelity Investments Award for Institutional Transformation and was awarded the Carnegie Academic Leadership Award. Please visit the Stevens website to read his full bio.

About Stevens Institute of Technology Stevens Institute of Technology is a premier, private research university situated in Hoboken, New Jersey. Since our founding in 1870, technological innovation has been the hallmark of Stevens’ education and research. Within the university’s three schools and one college, 7,300 undergraduate and graduate students collaborate closely with faculty in an interdisciplinary, student-centric, entrepreneurial environment. Academic and research programs spanning business, computing, engineering, the arts and other disciplines actively advance the frontiers of science and leverage technology to confront our most pressing global challenges. As Stevens celebrates its 150th anniversary, the university continues to be consistently ranked among the nation’s leaders in career services, post-graduation salaries of alumni, and return on tuition investment.