New Study Ranks Stevens No. 14 Among Universities for Long-Term Return on Investment 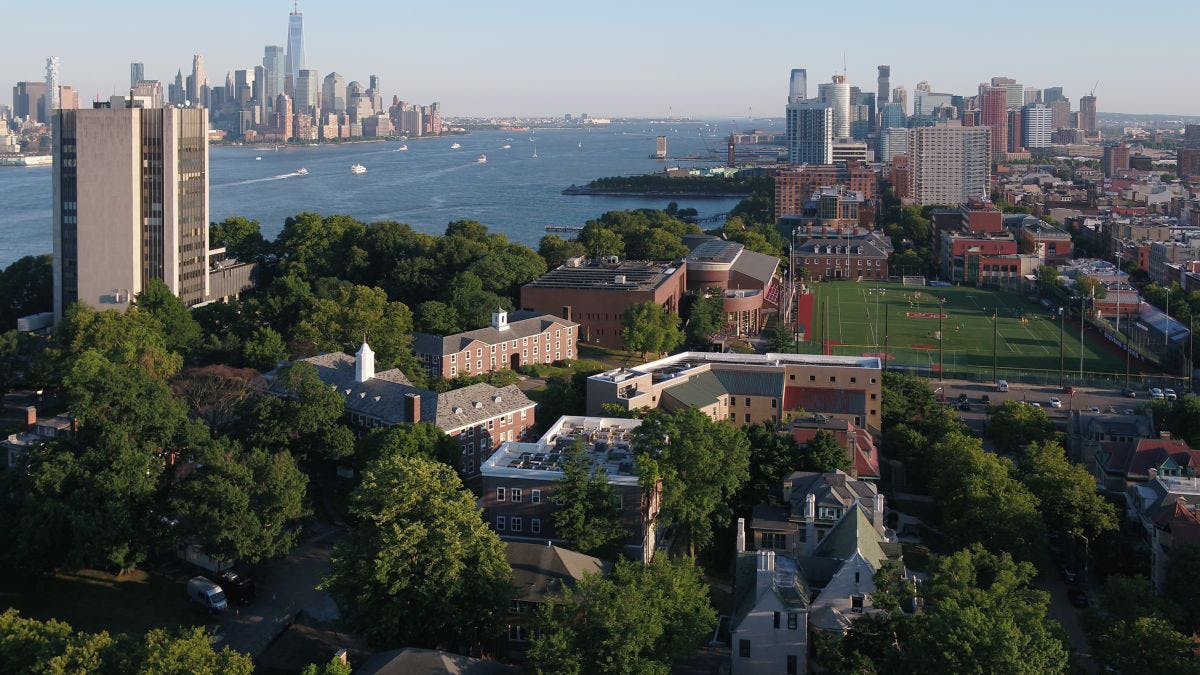 (Hoboken, N.J. – Nov. 18, 2019) – Among all U.S. colleges and universities awarding a four-year degree, Stevens is ranked No. 14 in the nation for return on investment 40 years after enrollment, according to a new report from the Georgetown University Center on Education and the Workforce, “A First Try at ROI”. The report is the first to analyze the ROI of higher education at this longer time scale, revealing the value of a Stevens degree over the period of a graduate’s career.

Stevens tops all New Jersey colleges and universities at the 20-, 30- and 40-year marks.

According to the study, the net present value for a Stevens degree is $1.83 million at 40 years, a value comparable to that of other prestigious universities, such as the University of Pennsylvania (No. 15), California Institute of Technology (No. 17), Yale University (No. 20) and Columbia University (No. 21).

The report uses expanded College Scorecard data to calculate the net present value of a credential from 4,500 colleges, including traditional two-year and four-year public and private colleges, as well as for-profit colleges and training academies. The measure essentially weighs the cost of paying for college against future earnings.

“This study is important because it is the first to highlight the long-term return for the type of education that Stevens provides,” said Stevens President Nariman Farvardin. “Because technology, innovation, and problem-solving are central to all Stevens degrees—from engineering and computer science, to business and music—Stevens graduates enjoy both immediate and long-term career success. As families consider their investment in and the expected value of a college degree, they should consider both the near-term and longer-term returns.”

Year over year, 96 percent of Stevens graduates secure jobs or admission to graduate school within six months of graduation. For the Class of 2018, the latest data available, the average starting salary was $71,400. After 10 years of experience in a field, Stevens graduates who earned a bachelor’s degree boast a median mid-career salary of $139,900, according to PayScale’s 2019 salary report. According to Payscale’s 2018 ROI report, Stevens alumni also enjoy a 20-year net ROI of $932,000, with financial aid considered.

The study, which looked at 2,129 four- and 1,550 two-year U.S. colleges and universities, as well as 847 certificate programs, found that public and private four-year institutions offering bachelor’s degrees had the highest ROI long term. Private, non-profit institutions like Stevens were found to have a higher ROI over the longest period. Even though students, on average, take out more in loans to attend private colleges, a degree from a private nonprofit college is worth $8,000 more annually 10 years after enrollment. Over the course of 40 years, the average graduate of a private college has a net economic gain of $838,000, even after paying off higher amounts of debt, compared to $765,000 for a graduate of a public college.

Stevens Institute of Technology is a premier, private research university situated in Hoboken, New Jersey overlooking the Manhattan skyline. Since our founding in 1870, technological innovation has always been the hallmark and legacy of education and research at Stevens. Within the university’s three schools and one college, 6,900 undergraduate and graduate students collaborate closely with faculty in an interdisciplinary, student-centric, entrepreneurial environment. A range of academic and research programming spanning business, computing, engineering, the arts and other fields actively advances the frontiers of science and leverages technology to confront our most pressing global challenges. The university is consistently ranked among the nation’s elite for return on tuition investment, career services and the mid-career salaries of alumni.