A Soul for Interesting Problems: Stevens Math Professor Promotes Creative Thinking Inside and Outside the Classroom 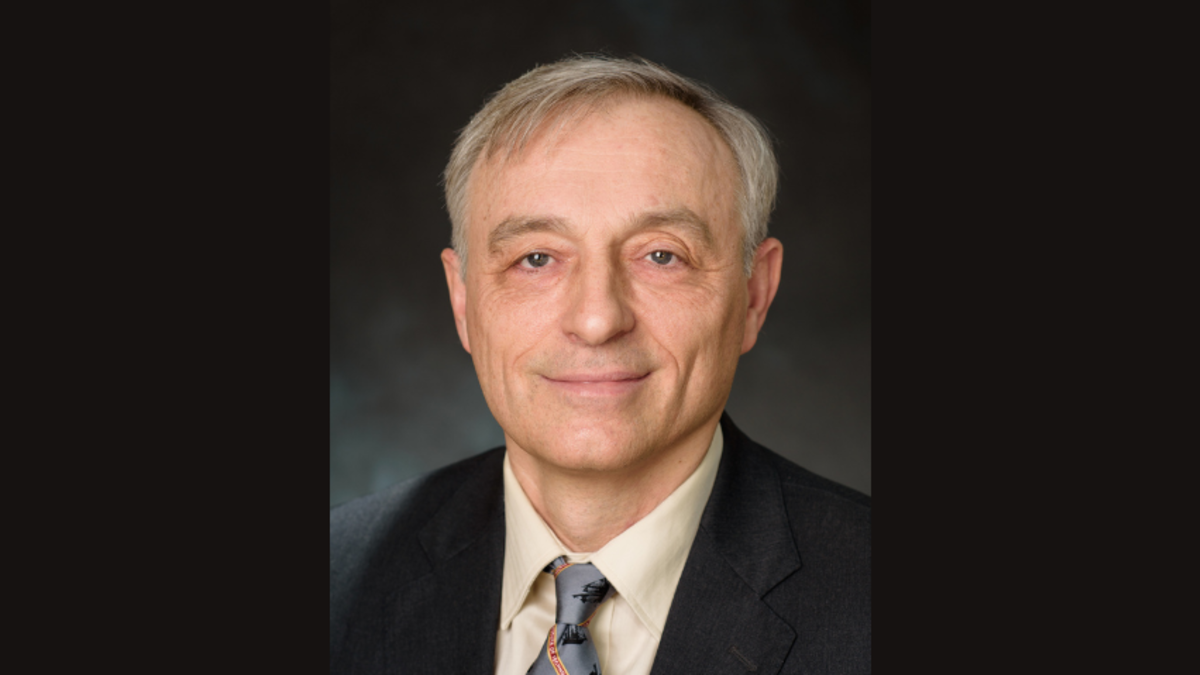 Founder and Chair of the Stevens Mathematics Olympiad, Pavel Dubovski harnesses a unique approach to problem-solving to serve the university through research, teaching, and outreach

With nearly four decades of experience in math and mathematical physics and more than 100 combined presentations and publications, Stevens Institute of Technology mathematics professor Pavel Dubovski's C.V. is undeniably impressive. Yet the detail that perhaps best epitomizes his career is his self-described identity as a creative thinker.

"All professors who do research can identify themselves as creative thinkers as well," Dubovski said. "But what I mean here are attempts to take a new look at well-known things, to find new approaches in your understanding of a problem."

Dubovski is a long-time expert in the kinetics of particle coagulation (the rate at which particles suspended in a liquid adhere together over time) and inverse problems (determining the cause of a phenomenon based on its observed effects). More recently he has set his sights on two new areas of research: fractional differential equations and equations of percolation.

Or perhaps, he posits, a future melding of the two.

Practical applications for modeling fractional differential equations include examining the rates of change of physical phenomena like populations or disease, while percolation theory can be used to describe how liquids, or their analogues, move through porous or permeable materials, such as how groundwater filters through the Earth.

"My hope is I can combine the pros from fractional differential equations—which are very useful in the investigation of physical cause—with a probabilistic approach in percolation," he said. "I believe these could be combined quite well, and maybe the intersection of the two branches of research can bring interesting results."

Inspired by unusual opportunities during adolescence and early adulthood that helped shape his approach to problem-solving early on, Dubovski's goal is to use his creative reasoning skills and knack for making connections to strengthen the university and the community at large.

Prior to moving to the United States in the early 2000s, Dubovski was a leading researcher at the Institute of Numerical Mathematics in Russia, where he was a major contributor to projects in inverse problems, coagulation kinetics, and kinetic equations. He joined the Stevens faculty in 2004.

But just as much as formal education and experience, Dubovski credits undergraduate training in the theory of inventive problem-solving as key to developing the thought processes he employs to this day.

Developed in the former Soviet Union in the mid-20th century, this knowledge-based problem-solving methodology combines a set of principles and approaches with analyses of patterns from proven inventions and innovations to iterate on potential adaptations and solutions to new problems.

Employing these techniques during one particular exercise resulted in a 1994 patent on general design ideas for a potential safety feature for nuclear reactors.

This penchant for inventive problem-solving can also be seen in Dubovski's most recent work.

One example is a paper that appeared this January in the Journal of Statistical Physics, examining the classic car-parking problem using percolation theory to determine expectations of drivers’ efficiency when all attempt to park within a limited space. The journal’s editorial staff noted that it was amazing that this result was not obtained decades ago.

Dubovski also presented research on phase transition in coagulation–fragmentation kinetics, an analytical study of the gelation of polymers, at the 27th International Conference on Statistical Physics. Published results are forthcoming.

Dubovski serves as a graduate and Ph.D. advisor and teaches a variety of calculus and analysis topics at both the undergraduate and graduate level. But he strives to promote learning in general, and the university in particular, outside the traditional classroom as well.

One such project about which he is "especially proud" is inspired by his own childhood extracurricular activities.

In 2016 Dubovski founded the Stevens Mathematics Olympiad, a free annual competition that provides approximately 500 students from the tristate area in grades three through 12 the opportunity to compete for prizes by solving 15 fun but challenging math and logic questions.

As chairman of the Olympiad Committee, Dubovski both organizes the event and designs the competition problems himself—a challenge which he says sharpens both the students' minds and his own. In the next year he plans to collect all problems written for past Stevens Olympiads into a book, to be published at a later date.

Dubovski himself had participated in national Mathematical Olympiad competitions in Russia as a high-school student, placing in the Top Ten nationwide.

Even at this young age, he said, "my soul was open to interesting and challenging problems."

In addition to cultivating enthusiasm for math and creative reasoning, Dubovski hopes the Olympiad will encourage these highly motivated students to pursue their future studies at Stevens. Usually held on the Stevens campus, the event also offers parents the opportunity to tour the campus and learn about the university's offerings. Past opening ceremony speakers have included International Mathematical Olympiad silver-medalist and Two Sigma Investments co-chair/co-founder John Overdeck.

Although COVID-19 closures and restrictions necessitated the canceling of last year's event, the Olympiad is back on track for 2021, to be administered to students remotely. The competition and opening ceremony remarks will take place online on Saturday, May 22.

Dubovski is also advisor to the Stevens Math Club, where he coaches undergraduate students to tackle Olympiad-style math problems designed for college-level participants. Open to all majors, the club meets weekly as training to compete in the Mathematical Association of America's annual Putnam Mathematical Competition for undergraduate students in the U.S. and Canada.

Additionally, he is working on an idea for a tristate-area math fair for regional high-school students to be held on the Stevens campus. Planning for the initiative is still in the brainstorming stage, delayed, unavoidably, by the current pandemic.

The future is digital—and analog

Students and professors the world over have felt increasing states of digital communication fatigue and frustration over the last 12 months of the COVID-19 pandemic, a phenomenon which Dubovski appreciates firsthand. Some projects are simply easier to manage in person.

Originally slated to conduct a special session on fractional calculus and fractional differential equations for the American Mathematical Society in Rhode Island in March, Dubovski and fellow organizers had to reimagine the event to occur online. But by removing the limits of geography, the two-day session is now able to feature a wider variety of viewpoints than previously available.

"I believe that in the future, research activities will combine both personal meetings, which are very important, and Zoom meetings. I believe now we have come into a new era of joint research, when people can combine from different parts of the planet to do joint research."

That said, he adds with a laugh, he "eagerly awaits" a time when more formal online interactions can again be balanced by the serendipitous encounters of in-person events—such as spontaneous discussions between conference sessions while grabbing a cup of coffee in a hotel lobby.

That balance between casual interactions and collaborative opportunity, in fact, mirrors in many ways the manageable, supportive atmosphere that drew Dubovski to Stevens in the first place.

"What I liked about Stevens is the smallness—in the good sense—of our Department of Mathematical Sciences," he said. "It is a very good environment."

Learn more about math at Stevens: