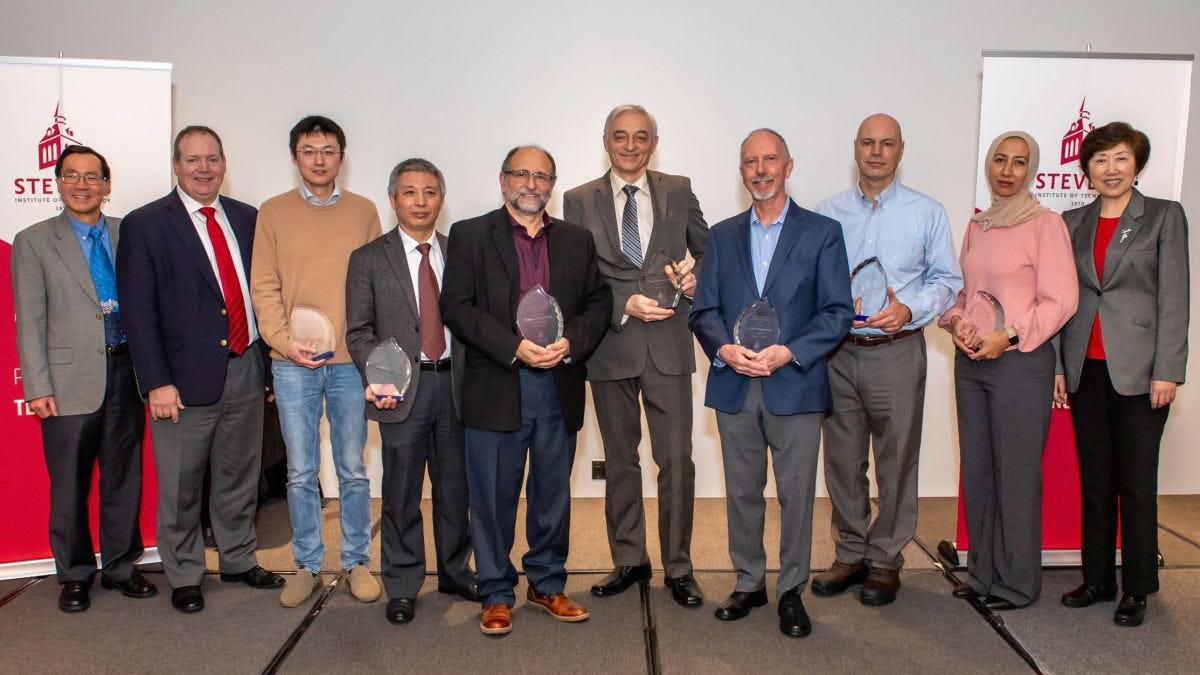 On Thursday, December 15, 2022, the Stevens Institute of Technology Schaefer School of Engineering and Science (SES) celebrated nine of its faculty for their hard work and dedication to education and research at the second annual SES Faculty Awards, held in the University Center Complex.

Established in 2021, the awards highlight faculty excellence in undergraduate and graduate education, doctoral student training and research funding over a one-year period.

“The annual SES Faculty Awards were created to recognize the significant achievements of well-deserving SES faculty in the areas of teaching, doctoral advising and research,” said SES Dean Jean Zu. “These awards represent the first formal way within SES to properly honor those faculty who make impactful contributions to the school.” 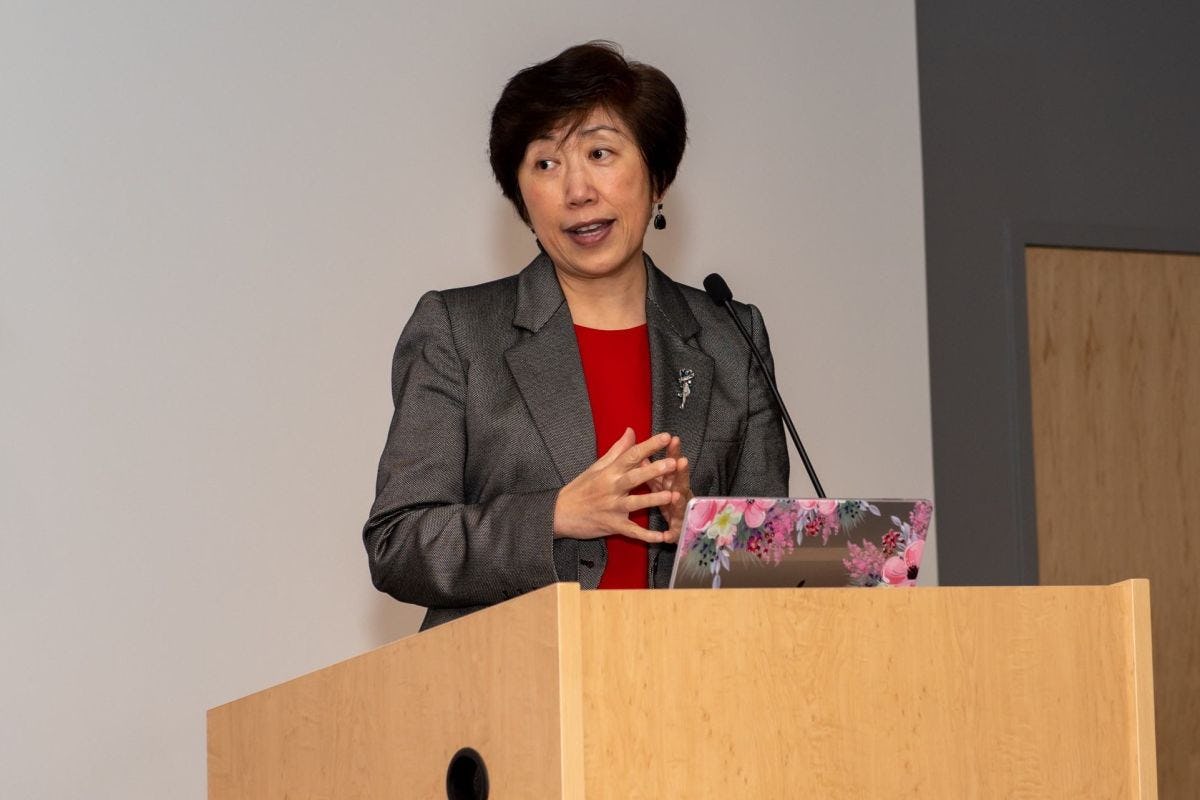 Dean Jean Zu stands behind a podium as she presents awards at the 2022 SES Faculty AwardsFor their demonstrated innovation and impact in educating undergraduate and graduate students, Professor of Mathematical Sciences and Founder and Chair of the Stevens Mathematics Olympiad Pavel Dubovski and Department of Biomedical Engineering Teaching Associate Professor and Associate Chair of Undergraduate Studies Sally Shady were each awarded the Schaefer School Education Innovation and Impact Award.

This honor acknowledges the principal or co-principal investigators who received the highest three new research funding awards between July 1, 2021, and June 30, 2022. 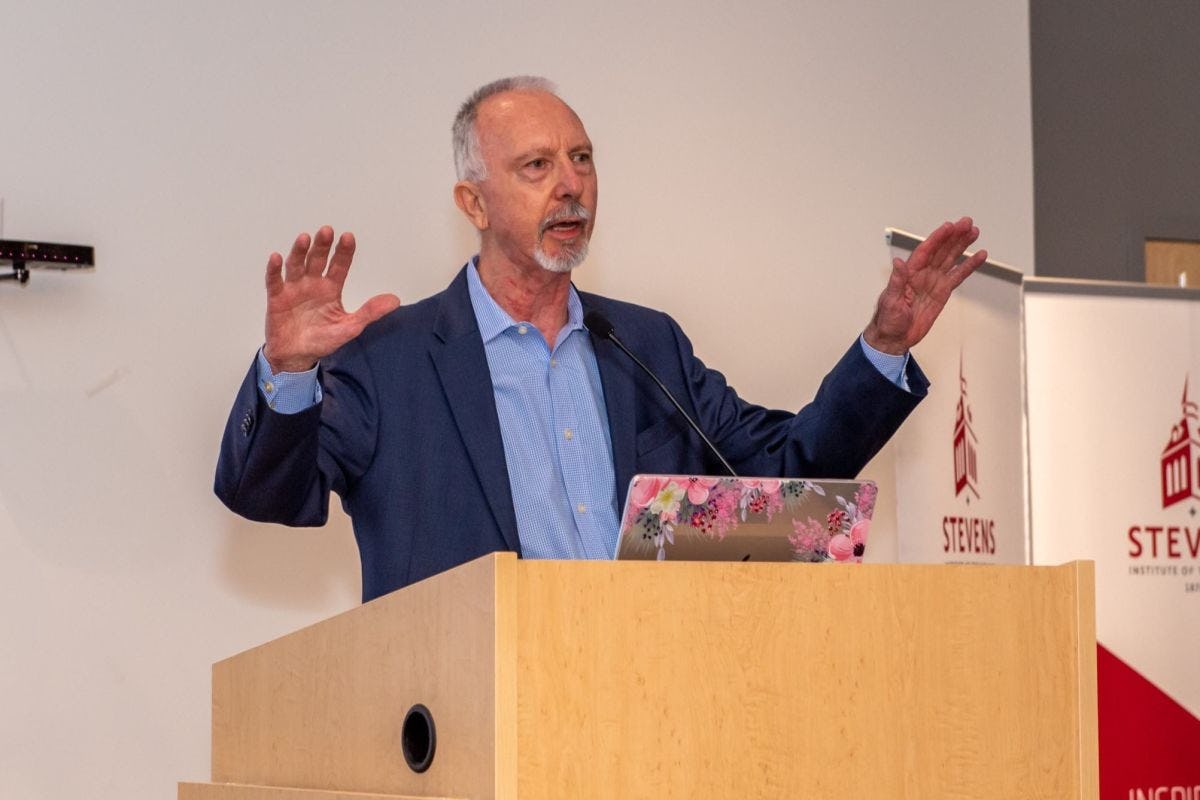 Launched to honor significant career-long contributions by a faculty member to SES, the award recognized Sheppard’s more than four decades of service to the school, its students and its mission, beginning as a postdoctoral research associate in 1979.

While serving in “a countless number of capacities and roles” over the years, Zu noted during the ceremony, “Dr. Sheppard consistently exceeded expectations in all areas of his work.”

During his long tenure on faculty, Sheppard served on numerous committees, many as chair, including the promotion and tenure committees at both the university and college levels. He served for a short period on the Stevens Board of Trustees and served terms as the faculty representative on two Board of Trustees committees. He was also a co-principal investigator in the National Science Foundation-funded ADVANCE Stevens program, established to increase the representation and advancement of women in academic science and engineering careers.

“I was surprised and am deeply honored to have been chosen for this award,” Sheppard said. “Having spent 43 years at Stevens, I have naturally seen a lot of changes. A constant has been the commitment to innovation and excellence in our educational programs, and I am proud to have done my part to support this and prepare our graduates for the future challenges they will face, both in their careers and as educated citizens.”

“Stevens has retained the close-knit, small school vibe that I found when I arrived,” he added, “and I thank all those faculty and staff with whom I have worked at Stevens, and the many students, for such a rewarding career.”

Sheppard retired from his position as professor in May 2022. 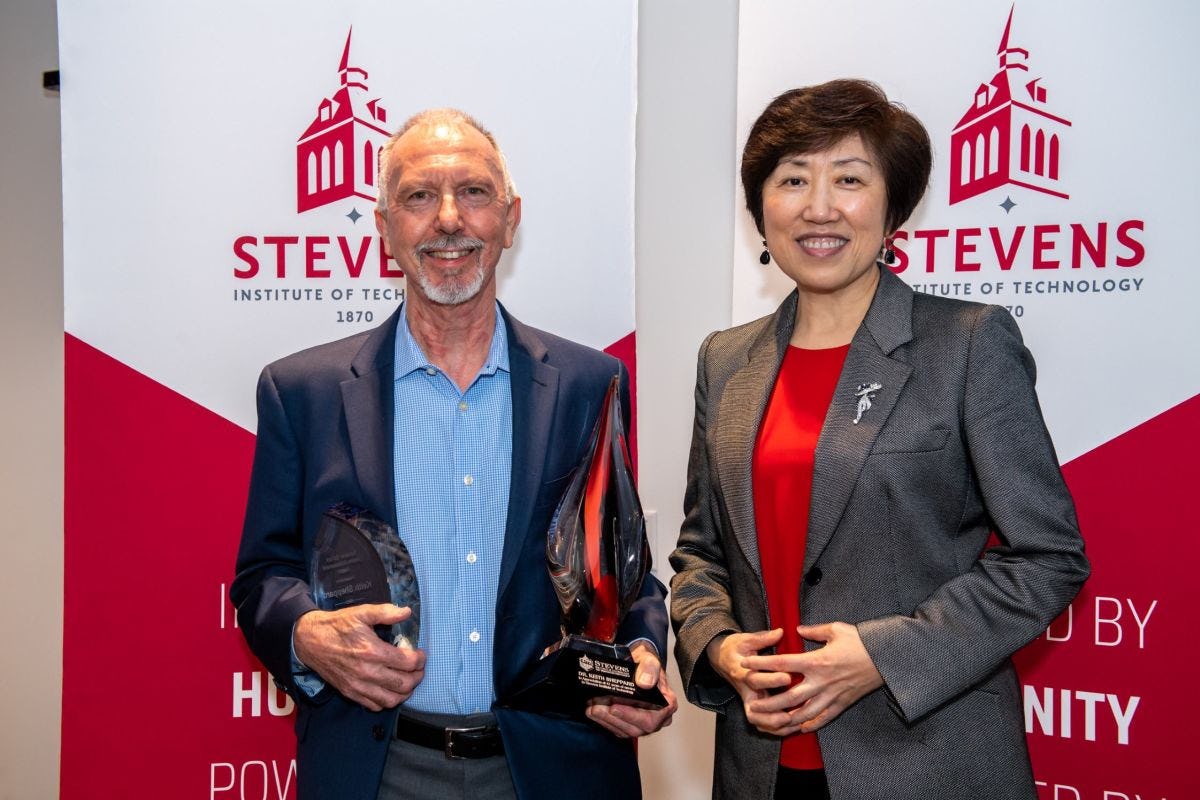