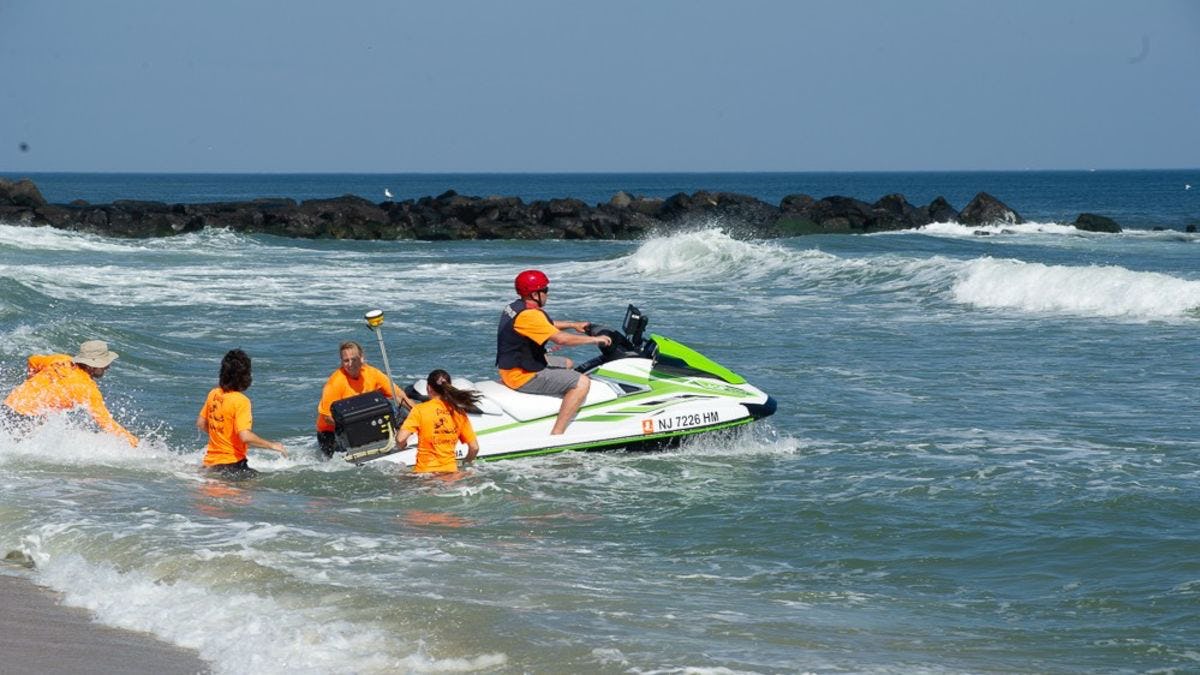 With drone beach surveys and machine learning, Stevens researchers are monitoring sediment transport and sewers in preparation for the next storm

When Hurricane Sandy slammed the East Coast in 2012, it highlighted pain points that cities and towns will need to address for future storms: making sure beaches are up to the task of protecting coastal communities, and assessing and fixing aging sewer lines—many of which overflowed during Sandy.

To better understand these impacts, researchers in the civil, environmental, and ocean engineering (CEOE) department at Stevens Institute of Technology are deploying an array of new and cost-effective technologies and methodologies, with the end goal of making urban coastal regions more resilient. 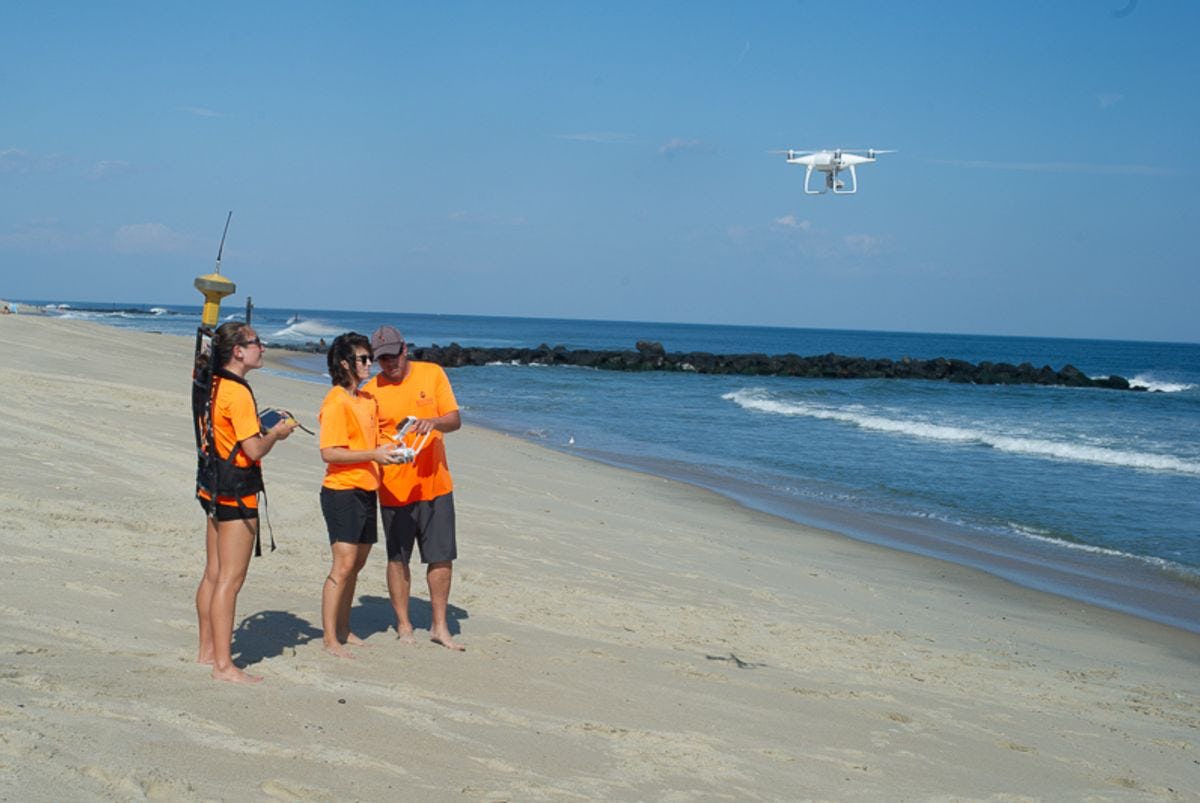 Jon Miller, CEOE associate professor at the Davidson Laboratory, and his research team have been working on various projects using drones to monitor beach topography changes along the Jersey Shore.

“We help communities plan and help identify vulnerable areas on the Shore, and point out things they can do for themselves to be more resilient,” said Miller.

Sand along the Shore is a crucial element for coastal protection. Sand serves as a bulwark against the impact of storms, but sand shifts with the wind and tides—making it crucial to monitor any elevation changes.

The usual way to measure beach elevation is for researchers to use global positioning system (GPS) technology, but this process is time consuming, tedious, and prone to certain types of errors. Surveyors carrying the GPS receiver can slump while they walk or sink into the sand, affecting the measurements.

By contrast, the use of drones is cheaper, more efficient and precise and captures more detail. Traditional GPS beach surveys can take several hours to capture a few hundred data points, while drone beach surveys can capture hundreds of millions of data points in just over an hour.

In one study from Miller’s lab, researchers used drones to monitor a 1.5-mile stretch of public beach in Deal, New Jersey during a span of several months in 2018. Images from four flybys lead to the creation of three elevation maps.

They looked at this particular beach because the U.S. Army Corps of Engineers replenished the area with more sand after Hurricane Sandy. Workers also implemented a groin notching project there in 2017. Groins, man-made rock structures that are built perpendicular to the shore, are used to minimize sand erosion and protect communities. This stops the movement of sediment but also starves beaches further down the coast of vital sand. Notching—the removal of rocks in sections of the groins—allows sediment movement but also keeps the protective qualities of the groins.

That drone study showed that the groin notching was working as intended, and it also displayed proof of concept for drone elevation monitoring.

In addition to Miller’s drone studies, his lab has developed a Storm Erosion Index. This new method, which calculates the erosion impact of storms, has been found to be more accurate than older techniques. An article describing the relationship between the Storm Erosion Index and the damage to beaches and coastal structures during 2018’s Hurricane Michael was recently published in the scientific journal Shore and Beach. 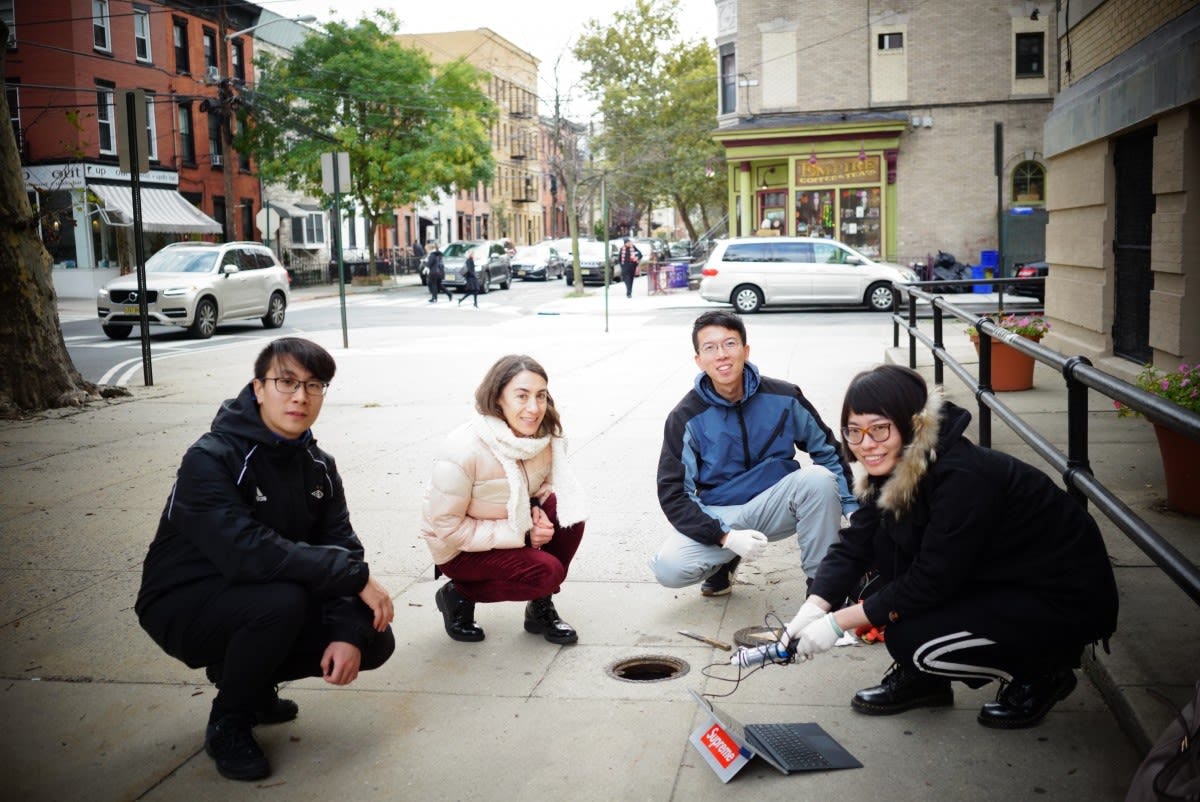 Another relatively new method that researchers have been deploying is advanced machine learning techniques to model complex engineering systems. In the case of Valentina Prigiobbe, CEOE assistant professor, she and her team have been looking at city sewers, particularly Hoboken’s beleaguered and aging system, much of which dates back to the Victorian era.

“Machine learning is now a new trend in civil engineering as in other engineering disciplines. For example, it is used for structure monitoring and in many cases the use of machine learning is still at the research and testing stage,” said Prigiobbe, whose lab focuses on the transport and flow through porous media, whether in the energy, water, or urban hydrology sectors.

Looking at the sewer system is crucial because Hoboken was swamped with not just storm waters but also overflowing sewers that discharged untreated waste into the streets and New York harbor during Sandy. The sewer system consists of brick, concrete, clay and wood; and dates back to the 1870s.

The city and state have been busy rehabilitating the sewer system, but it remains a challenging and costly task. Focusing on the most vulnerable areas of the system is paramount, but sometimes it’s not clear which areas need the most attention until storms and flooding occur. How can city leaders make the right decisions with so much money and time on the line?

In an ongoing project, Prigiobbe’s lab has developed a method that combines machine learning and statistical modeling to simulate groundwater flooding into city sewers and predict the biggest trouble spots in the system. Prigiobbe’s statistical model takes in the variables of sewer pipe material, soil, water table and pipe size and makes calculations at the street level. Her team then uses machine learning techniques and field measurements to calibrate and optimize the model and test its effectiveness.

“In urban hydrology, we are not aware of other groups using machine learning to identify conditions of sewer networks. So, what we are doing is pretty unique,” said Prigiobbe.

The model has been successful—it hit 80 percent accuracy in predicting trouble spots in the sewer system when groundwater flooding occurred, according to Prigiobbe. It is also cost-effective compared to other methods of identifying deteriorating sewer pipes, which involve using cameras strapped to small, remote-controlled robots (also called CCTV surveys) crawling through a drain.

In a related project, Prigiobbe’s team looked at the interactions between groundwater and sewers in coastal urban areas during different weather conditions, as detailed last year in two papers published in the journals Water and Environmental Science and Pollution Research. In the latter publication, the study of the coupled sewer-groundwater system shows that the presence of groundwater flooding into a sewer system can trigger the discharge of untreated sewage (combined sewer overflow, or CSO) after a minor precipitation or even in dry weather conditions. As the aging sewer is repaired, CSO events may diminish, but the water table of the groundwater may rise, eventually, emerging in the low-lying parts of the city.

Prigiobbe has also looked at how soil within a coastal aquifer in urban areas can become contaminated by viruses and bacteria, discharged into surface water bodies by CSOs or leaked by the aging sewer into the groundwater. This contamination can potentially lead to the outbreak of water-borne diseases. A mathematical model, detailed in a paper published last May in the journal Advances in Water Resources, describes how this contamination may occur and evolve with salinity and tide in the groundwater in coastal urban areas.

The urgency to address all these issues will only increase as the impact of climate change is felt on the East Coast and beyond. It will be tougher to control for flooding and sewage overflow in cities and towns when sea levels rise; water-borne diseases may proliferate more if weather patterns change for the worse; and beaches in coastal communities will have to be better prepared and engineered.

Miller said about Stevens’ coastal research, “After Sandy, our work has gotten more attention. We have always focused on coastal resilience and it will only grow in importance as time goes on.”