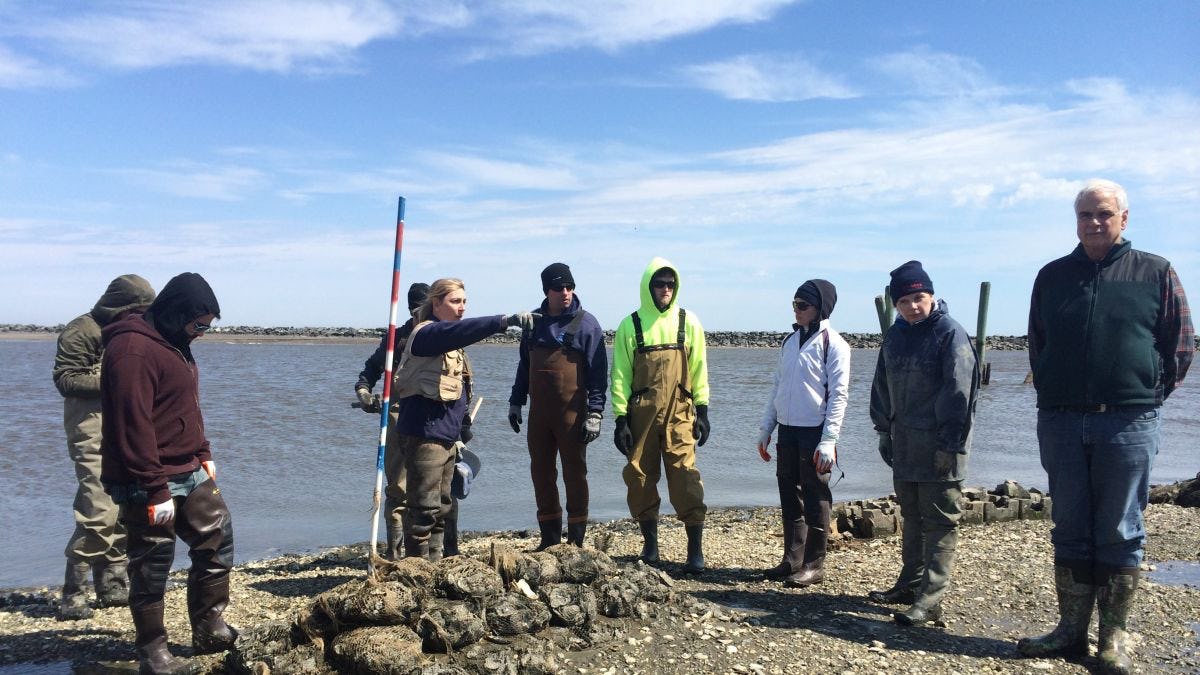 A new hurricane season is upon us. Together under one school, Stevens’ scientists and engineers investigate the dangers of these storms, and design ways to protect our coastal communities.

Hurricane Dorian formed on August 24, 2019, a reminder that another hurricane season has arrived in the Caribbean and the Eastern U.S.—a season punctuated by worry and danger for millions of coastal residents. Perhaps the most remarkable characteristic of Dorian was its slow forward speed, pummeling the regions in its path with more rainfall than the faster-moving hurricanes of the past. Researchers in the civil, environmental, and ocean engineering (CEOE) department at Stevens Institute of Technology are working to better understand how these storms and their impacts are changing, and what we can do to minimize their damage.

Records of historical storms suggest that hurricanes have gotten slower over the past century, with, on average, a 17 percent decrease in their forward speed. Computer models predict that global warming will potentially result in a greater number of slower hurricanes by the end of the 21st Century, according to Reza Marsooli, assistant professor at the Davidson Laboratory.

A slower hurricane poses greater danger, as blowing winds for a longer time would generate larger surges at the coast, and increased rainfall can generate flooding, both along the coast and inland.

To understand the changing nature of the impact of these hurricanes, Marsooli set out to assess how flood hazards will change at a county scale over time.

In his recent paper published in Nature Communications, Marsooli addresses the problem of coastal flood hazard mapping. These maps show areas that are at risk of flooding during storms of different magnitudes. However, “current flood mapping from the US Federal Emergency Management Agency (FEMA) has not accounted for the effects of climate change,” according to the paper. There are two main factors that will make current maps unreliable for future use: rising sea levels, and storm climatology change. The impact of these factors is not consistent over geographic regions, further complicating flood prediction modeling. Marsooli and collaborators from Massachusetts Institute of Technology and Princeton set out to investigate how the impact of these factors will spatially differ along the Gulf of Mexico and the Eastern U.S. coast.

To answer this question, Marsooli and his collaborators ran a series of complex computer models to analyze the impact of hurricanes on coastal flooding in the face of rising sea levels and storm climatology change. What they found was alarming. The 100-year flood level—that is, a flood level that has a probability of exceedance of one percent in any given year —“would occur annually in the New England and mid-Atlantic regions, and every one-to-30 years in the southeast Atlantic and Gulf of Mexico regions in the late 21st century,” according to the paper’s findings.

The reason for spatially varying climate change impacts? In the face of global warming, local sea level rise will differ from the global sea level rise. Land sinkage and compression—as the result of the extraction of drinking water, oil, and so forth—and post-glacial rebound are more posing threats in some regions. Additionally, hurricane activity is greater in lower latitudes, such as in the Gulf of Mexico, than in higher latitudes, such as New England.

The Northeastern U.S. is more frequently hit by nor’easters than by hurricanes, which can cause even more damage to coastlines, both environmental and urban. Stevens’ CEOE research associate professor Jon Miller studies coastal hazards and storms in the Davidson Laboratory at the Schaefer School. His group focuses on how water impacts and interplays with beach and land.

“Hurricane Dorian caused extreme damage to the Florida coast, because it just sat in one place, and the coastline experienced large waves and storm surges over a period of several days,” Miller said. “In that case, the characteristics of the storm were more similar to a nor’easter than to a hurricane, so what’s needed is something that captures the erosive impact of the storm.”

That’s where his Storm Erosion Index comes into play. At last year’s 36th International Conference on Coastal Engineering, Miller and CEOE Ph.D. student Laura Lemke presented a paper on storm climatology. They will soon publish a paper about their reevaluation of storms that have impacted New Jersey over past decades based on their erosion potential. “The category of a storm relates to certain characteristics of that storm,” Miller explained, “but that doesn’t necessarily relate to a storm’s impact or damage.”

“Beaches and dunes are the first line of protection for most coastal communities,” he continued. “In some cases, they’re the only protection. After the beaches erode, a storm surge can affect buildings, causing amazing amounts of damage. That’s what we saw with Hurricane Sandy and Hurricane Michael.”

Miller’s index considers three primary drivers of coastal erosion: wave height, water level, and storm duration. Their model was found to quantify erosion better than more traditional indices. During the study, they assessed 140 unique storms along the Atlantic coast of New Jersey that occurred between 1980 and 2013. Remarkably, in the southern part of the state, the Veteran’s Day Storm (November 2009) outranked Hurricane Sandy (October 2012) in its erosive impact. While Hurricane Sandy had higher peak wave heights and water levels, the longer duration of the Veteran’s Day Storm—about 90 hours, as compared to Hurricane Sandy’s duration of about 60 hours—resulted in more erosion.

The cost of such strong storms—both human and monetary—is steep. In March 2018 alone, four sequential storms in southern New Jersey cumulatively resulted in ten fatalities and approximately $3 billion in damages.

“To mitigate such damages, we need reliable information about an oncoming storm in order to anticipate its impacts and make preparatory decisions,” Miller said. “We need to be able to estimate a storm’s severity in terms of erosion potential.”

Currently, Marsooli is studying the values of wetlands for flood mitigation in Jamaica Bay along the southern side of Long Island, New York City. Due to sea level rise and a shortage of sediment supply, wetlands here have eroded over time, and some are altogether disappearing. Wetlands protect against flood hazards by acting as sponges for rainfall, mitigating surface wave energy, and slowing the speed of flood waters over a floodplain. The disappearance of wetlands opens up the bay’s coasts to greater potential damage and flooding from storm surge, waves, and rainfall, especially during the slower hurricanes that are predicted. Some of these wetlands have been restored through the addition of more sand, which maintains the islands’ elevation.

CEOE research assistant professor of ocean engineering, Philip Orton, is also investigating the human impact on Jamaica Bay from within the Davidson Lab. The geography of the bay has drastically changed over the last century, largely due to human development. In the early 20th Century, the New York Harbor was getting crowded as a port, Orton explained, so developers set their sights on Jamaica Bay. They envisioned the bay as offering New York City more harbor space and the ability to host larger ships. They set about to modify the bay for the betterment of society, transforming it into a port.

In their quest to make “improvements,” they mined sand from the bay’s seabed, creating pits up to 40 feet deep, including one for the John F. Kennedy Airport. Additionally, they placed sand on the bay’s perimeter wetlands to create neighborhoods. Neighborhoods such as Howard “Beach” and Hamilton “Beach” are not actually beaches; rather, sand was dredged and used to create these neighborhoods. Engineers and developers dramatically changed the estuary, but not without negative consequences. Water quality problems arose, and worse flooding and higher tides came.

Orton has mapped out the geometry of Jamaica Bay in the 1800s and contrasted it to the bay’s geometry today, creating flood models for both cases. This work has recently been awarded a $1.2 million National Science Foundation grant, and the research project is being led by Stevens and three other universities. Orton hopes that this approach will be useful in better understanding the consequences of what are still common development practices globally around estuaries: landfill, dredging, wetland destruction, and so forth. “These maps are intended to help us do better impact and cost–benefit analyses,” Orton said. “An unintended effect of [these activities] may be that you cause more flooding. We also aim to develop novel, nature-mimicking ways of adapting our landscape to make it more resistant to flooding.” 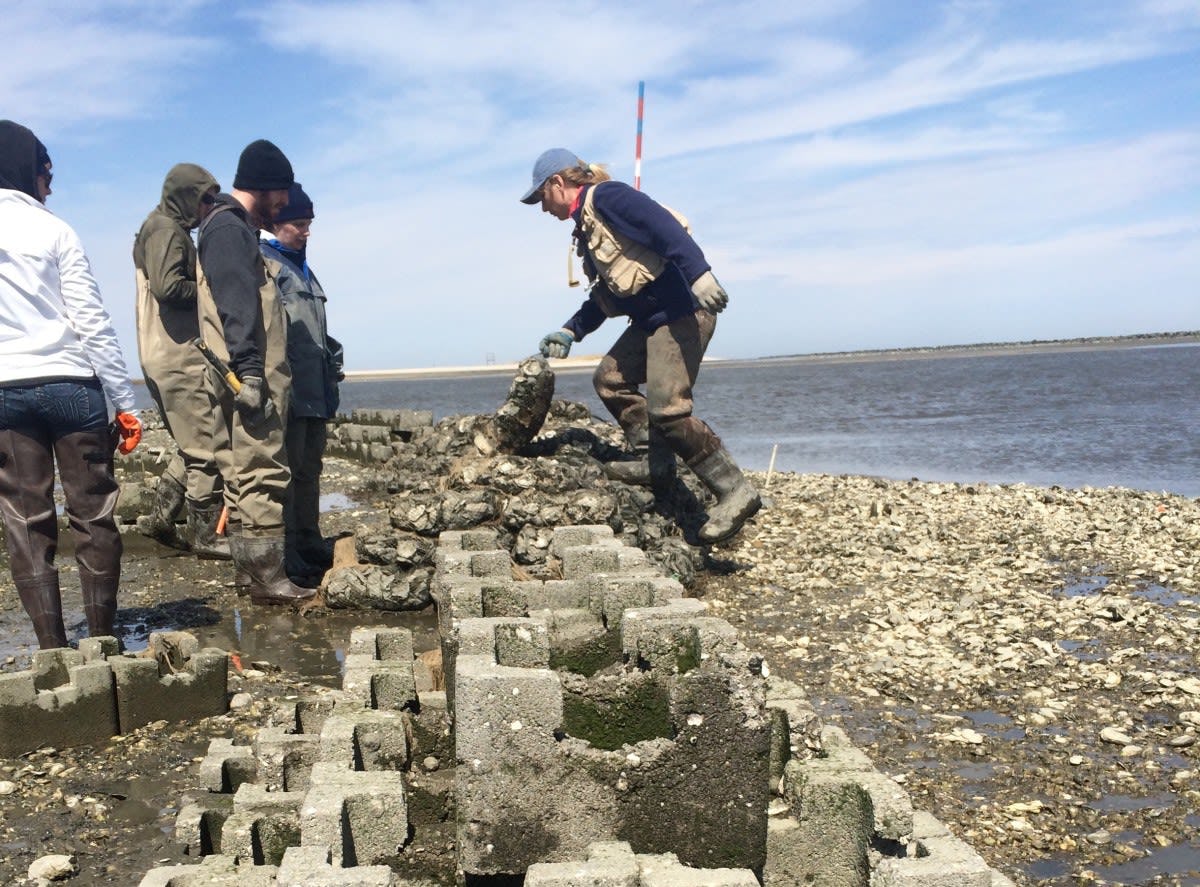 Researchers at Stevens are not just studying the hazards of large storms; they are also investigating ways to minimize the impact of floods in coastal communities through coastal engineering. Marsooli’s focus is on protecting wetlands. Miller’s is building better living shorelines, which protect against large waves and erosion. In a collaboration with the Corps of Engineers, Orton has evaluated the side effects of gated storm surge barriers that they are considering to protect the NJ/NY Harbor, among other inquiries.

The traditional approach to protecting coastal communities from erosion is piling heavy materials along the shoreline, such as sandbags and rocks, to form breakwaters. “This does the job of protection, but often it is not suitable for wildlife and habitat health,” said Miller.

“Living shorelines try to combine storm protection and community resilience with ecological restoration,” he continued. “They can be thought of as the coastal equivalent to urban green infrastructure. We’re taking an engineering approach to benefit communities, and at the same time benefit the environment. The goals and objectives here are aligned.”

Beginning in 2015, Miller and students have been collaborating with the Nature Conservancy in the Gandy’s Beach Project on the Delaware Bay Shore to build a series of “oyster castle” breakwaters.

“They look like cinder blocks and Legos had a baby,” said Miller. “They’re light enough to manipulate manually, and you can stack them like Lego blocks.”

Although rock breakwaters are hardier, oyster castle breakwaters have a number of other advantages. Their stackable design enables them to be “molded,” easily creating different shapes and dimensions. Their construction tends to cost less than traditional break walls, with many built by volunteers and placed by human chains.

The installations attract oysters by acting as a “spine” or “backbone” to which oysters attach. They then grow like a reef that becomes self-sustaining. These “reefs” protect human communities and marshes from wave impacts, and, in turn, healthy marshes protect from storm surges. What’s more, as filter feeders, oysters naturally clean their surrounding waters, and create a habitat for fish. The improved water quality, as well as the potential reduction in wave impacts, benefits humans.

“As engineers, we get the ball rolling, and then let natural processes take over,” said Miller. “We as engineers can provide information, so when they design the next one, they can understand how to design it better.”

Other proposed solutions to flooding have included raised waterfronts and cross-harbor storm surge barriers with gates that can be opened and closed in response to storm surges. In the NY/NJ Harbor and Tributary Study, or “HATS,” Orton and the Corps of Engineers conducted an investigation into the impact that creating a storm surge barrier in the NY/NJ Harbor would make. While it’s a given that serious storms will impact the area every year, sometimes extreme weather events surprise everyone—like Hurricane Sandy. The Corps has estimated that by 2030, there will be an average of $5 billion in flood damages per year in the region.

With damages of that magnitude, the cost/benefit ratio of creating a storm surge barrier might be worthwhile.

“What part of flooding is climate change and sea level rise, what part is natural variability, and what part is harbor geometric changes, is hard to discern,” Orton said.

Despite advanced computer models, maps, and storm prediction methods, there are still many unknowns in the face of climate change—and we don’t have the luxury of time to determine which solutions to pursue. Scientists and engineers have their work cut out for them. With major research institutions like Stevens bringing together science and engineering to design potential solutions, humanity may yet find ways to curtail the effects of a still-developing global monster like climate change.