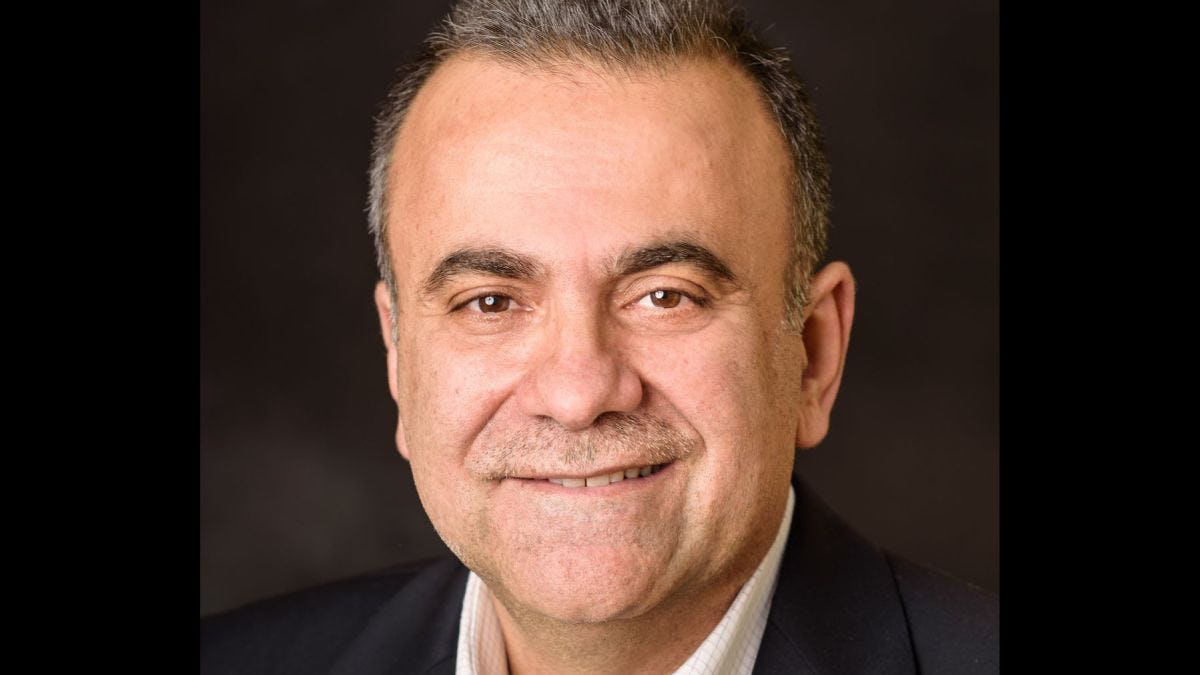 In one of the biggest travel hubs in the world, the Port Authority of New York and New Jersey is tasked with the responsibility of getting millions of commuters as well as both domestic and international travelers from point A to point B daily—come rain or shine. Amid the growing threat of climate change, storm prediction becomes more pressing than ever in the city that never sleeps.

Using U.S., European, and Canadian weather models and real-time observations from 150 weather stations, researchers in the Davidson Laboratory at Stevens Institute of Technology have developed sophisticated tools to predict flooding along New York and New Jersey shorelines at a remarkably high resolution—with the ability to hone in on changes in flood levels over areas as small as three meters by three meters.

The predictions provide critical information to the Port Authority of New York and New Jersey, which recently awarded a grant of $4.94 million to principle investigator (PI) Muhammad Hajj, chair of the Department of Civil, Environmental, and Ocean Engineering (CEOE) and director of Davidson Laboratory at Stevens for the project "High-Resolution Storm Surge Forecast for New York and New Jersey Infrastructure Sites."

“This is a continuation of a long-term effort that started before I joined Stevens. What has been developed is one of the most sophisticated coastal flood prediction capabilities in terms of combining hundreds of scenarios of meteorological forecasts from weather models with data from 150 observation stations to generate spatially highly-resolved flood prediction,” said Hajj. Pointing around the room, he added, “By ‘highly-resolved’ we mean that...we can predict variations in flooding between one end of this office and the other.”

The forecasting system runs 24 hours a day, seven days a week, 365 days a year and provides the Port Authority with a four-day prediction of local storm surges and river water levels—meaning that hour-by-hour water level data is made available to the Port Authority and general public continuously, four days into the future, via the Stevens Flood Advisory System website.

The Davidson Laboratory makes use of its research vessels and expertise to maintain 22 of the 150 observation stations that provide real-time data to the model. Operating, monitoring, and maintaining these stations requires skilled and experienced scientists and engineers—and the Davidson Laboratory, with a rich history of more than 20 years of fieldwork, is exceptionally equipped for the task.

“Stevens’ physical assets including its research vessels and long-time history in marine fieldwork, along with its unique networking capabilities, constitute an essential part of maintaining these stations,” said Hajj.

In their work, the team collects data from European, Canadian, and North American weather models—such as wind speed and temperature over the Atlantic Ocean—and uses this ensemble of weather forecasts four times each day to predict storm surges and river water levels. Because this ensemble of simulations captures the uncertainty in the weather forecasts, the team is able to both make more accurate flood predictions and quantify the flood forecast uncertainty.

The team is paying special attention to locations that impact travel and transport, such as air and train travel; and transport at the entry points across bridges, tunnels, and low elevation points.

“Most people who predict flooding in the ocean predict it right at the shore level,” said Runnels. “What we’re doing is predicting water depth above ground at those special locations—not only right up against the shore.”

All computations are being moved from a designated super computer onto the Microsoft Azure cloud, an undertaking never before attempted for the prediction of storm surge. “This will open possibilities for more collaborations with Microsoft Azure,” said Hajj.

The grant will also allow the development of machine learning algorithms to make better predictions. “We plan to advance the prediction capabilities with machine learning so that what currently takes about two hours to run, hopefully we’ll be able to run it in a few minutes,” said Hajj.

The flood models will also account for the pressing issue of climate change, with the new data collected helping the team to perform analyses of the impact of climate change and rising sea levels. Additionally, the project will complement efforts toward flash flood predictions for specific sites in New York and New Jersey.

Stevens is the premier flood forecaster for the New York City metro area and parts of the Jersey Shore; and this new project builds upon a long history of Stevens’ efforts in marine and coastal hydrodynamics and collaboration with the Port Authority. The Stevens Flood Advisory System, developed by the Davidson Laboratory, has proven both invaluable and highly accurate in local forecasting and storm monitoring in the region. Hajj is committed to maintaining the lab’s strong legacy over the past 80 years in playing a major role in the design and evaluation of engineered civil, environmental, and ocean vehicles and systems through major future research breakthroughs and contributions.

Hajj was appointed as chair of CEOE and Director of the Davidson Laboratory in 2018, with a vision to bring smart and adaptive functionalities to traditional engineering systems, which is exactly what he is doing with this grant. Within the department, he emphasizes the Schaefer School of Engineering and Science’s foundational pillar of artificial intelligence, machine learning, and cybersecurity. Hajj believes that this pillar plays a significant role in developing urban and interconnected infrastructure systems, sustainable environmental systems, and resilient coastal communities; and in the multidisciplinary design and performance optimization of ocean systems—especially when taking into consideration short- and long-term security concerns.

Of the broad impact of their work in the Davidson Laboratory, Hajj said, “This capability will result in saving human lives and reduced economic losses associated with hurricanes and other strong storms.