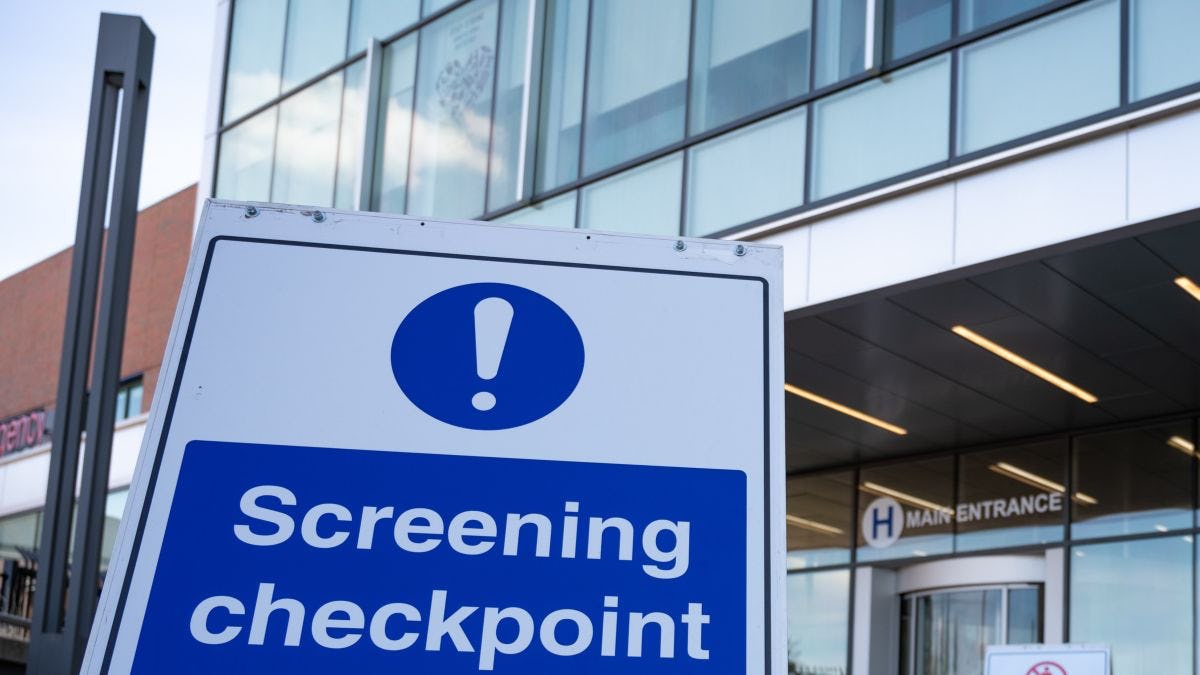 Having had the great opportunity over the past 14 years of working not only in the classroom but with many nonprofit hospitals in the Stevens Healthcare Educational Partnership (SHEP), I have a certain amount of insight into what we all might see in the coming months as this global pandemic plays out.

Things are certainly changing, and quickly, in this new COVID era.

And as the surge begins easing regionally, there is inspiration and hope to be found — and lessons becoming evident for the "PC" (post-COVID) era.

Healthcare heroes. When the world as we knew it changed in early March, the national healthcare system was forced to gird for what one executive in New Jersey called “the tsunami.” Central Park became a field hospital and the U.S. Navy prepared a hospital ship in record time to come to the rescue in New York Harbor.

At the safety net hospitals of New Jersey — the 13 nonprofit urban medical centers that accept patients regardless of ability to pay, with whom Stevens works closely — the tsunami did hit, and in two waves. We all see the daily numbers of deaths and hospital admissions. But how many realized before now that healthcare professionals are exposed on a 24/7 basis, that scores have contracted COVID-19 themselves, and that they have returned as soon as possible to the front lines?

Healthcare has proven to be a true public trust. When the going got tough in March and April, who got going? Larger hospitals received much of the media coverage — but community-based nonprofit medical centers and hospitals came through with treatment, testing and selflessness for their patients at unprecedented scale and efficiency.

The social stratification of healthcare in America was exposed. Neighborhoods in Hoboken, Newark and Jersey City are seeing a more oblong "curve" than the sharper case declines in central and southern New Jersey, where boardwalks even reopened - with social distancing requirements in place, of course - a full week before the Memorial Day 2020 target originally set by New Jersey’s governor.

Nationwide, urban safety net hospitals and the communities they serve – in places from the South Side of Chicago to the Storyville neighborhood of New Orleans – have been under pressures just as extreme as those in the metro New York area. Meanwhile, in the nation's exurbs and suburbs, people can afford (both literally and socially) to stay home and take precautions. And so they have. We need to highlight, study and address these inequities in service delivery going forward.

Local politics strode into the spotlight. The adage that “all politics are local" has proven especially true during this crisis. At first, all eyes were on Washington: Drs. Anthony Fauci and Deborah Birx were suddenly going viral instead of Kanye, LeBron or the Kardashians. As COVID-19 began to fan out regionally in impact, the nation's 50 governors then took center stage – and, more locally, county executives even came into the spotlight as “reopening” replaced “quarantine” as the coin of the realm.

Whatever actions state and local politicians take next will be watched very closely, as they work to ensure that effective healthcare delivery won’t just be a temporary talking point but rather an integral, centric strategy and objective going forward. Or else we will be right back here again, in a new crisis, soon.

Useful medical information has become obscured in the fog of war. When someone is diagnosed with cancer, the first thing the oncologist tells them is: "stay off of the internet." The nation's media, on both sides of the political spectrum, have frankly underperformed during this crisis; good solid medical information has largely been lost in the rush to vilify or valorize Trump, Murphy, Whitmer and everyone else in the crush of coverage, tweets, op-eds and talking heads. Lives may have been lost as a result. We will want to study how and why this happened — and make sure it doesn’t happen next time.

Wall Street will need to lead. Wall Street has always led Main Street; now it must lead a new era in American healthcare. The overwhelming number of our nation's hospitals are nonprofits; in New Jersey, just 9 of 113 operate for profit, the rest supported by a mix of payor systems that combine insurance (if people have it), Medicare and Medicaid (if people qualify for it) and indigent care funds (if the state provides it). Home Depot founder Frank Langone funded a medical school in New York City, then underwrote a medical center that is now world-renowned. His was a clarion call for corporate America to step up and bring potentially game-changing support to front-line hospitals.

In New Jersey, the social responsibility demonstrated by the Johnson family’s leadership (for example the Robert Wood Johnson Foundation) is a superb model for future partnerships as we work to build and rebuild critical care when it is most needed — before the next pandemic hits.

Stevens has stepped up. On March 11, Stevens confronted the challenge of COVID-19 swiftly and intelligently with a campus closure and a smooth transition to online education. I am also humbled daily by report of our students, who are innovating online educational modules for the SHEP hospitals; volunteering as EMTs in Hoboken; printing face shields for medical centers; stocking shelves at supermarkets near their homes; and helping in countless other selfless ways, all the while continuing their studies.

Community counts. The Latin derivative of “community” is “common unit.” Over the past 150 years, the Stevens community has repeatedly demonstrated common unity, and that’s what is needed from all of us right now: to put aside the bickering, to think about "us" rather than about "us versus them." Even the small decencies — being cordial while waiting six feet apart from each other to pay for our groceries; putting in extra hours on Zoom cheering one another through these unusual times — will make a huge collective difference as we all work through this crisis.