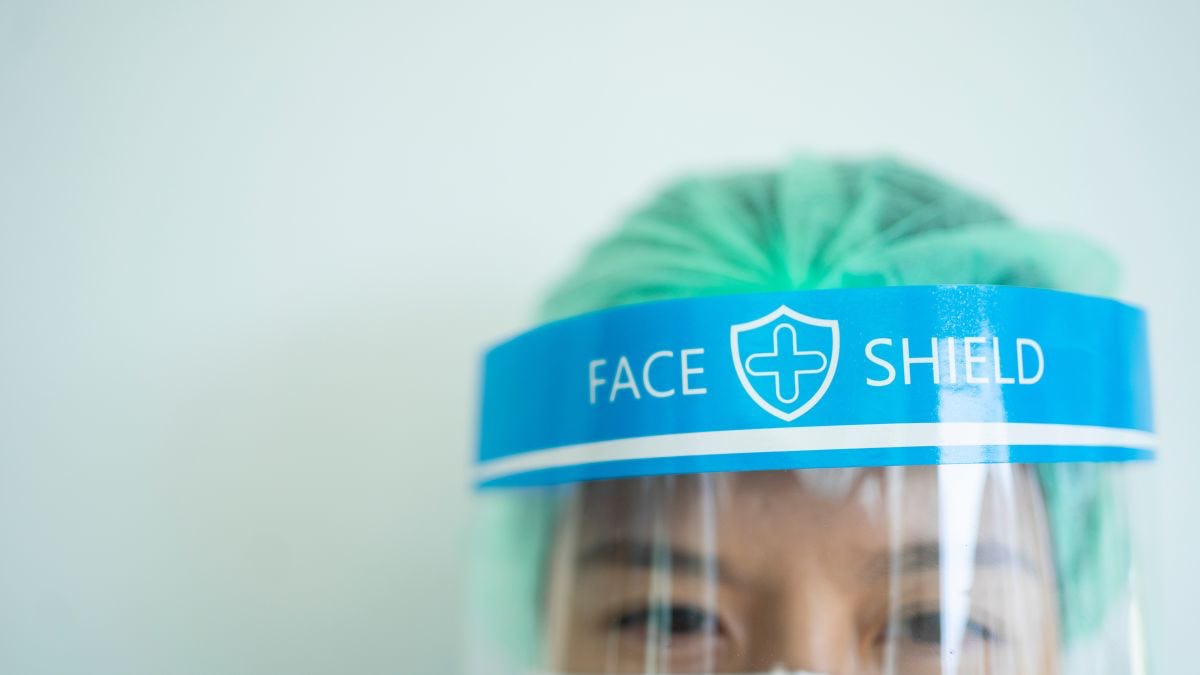 From a student's New Jersey basement, more than 700 (so far) 3D printed and delivered free to region's medical centers

It's no secret personal protective equipment (PPE) is in very short supply as the COVID-19 crisis escalates in the U.S. No more so than in New York and New Jersey.

But now, thanks to one very industrious Stevens undergraduate — plus eleven 3D printers in a basement in northern New Jersey, churning out parts day and night — regional medical centers are receiving a much needed boost. 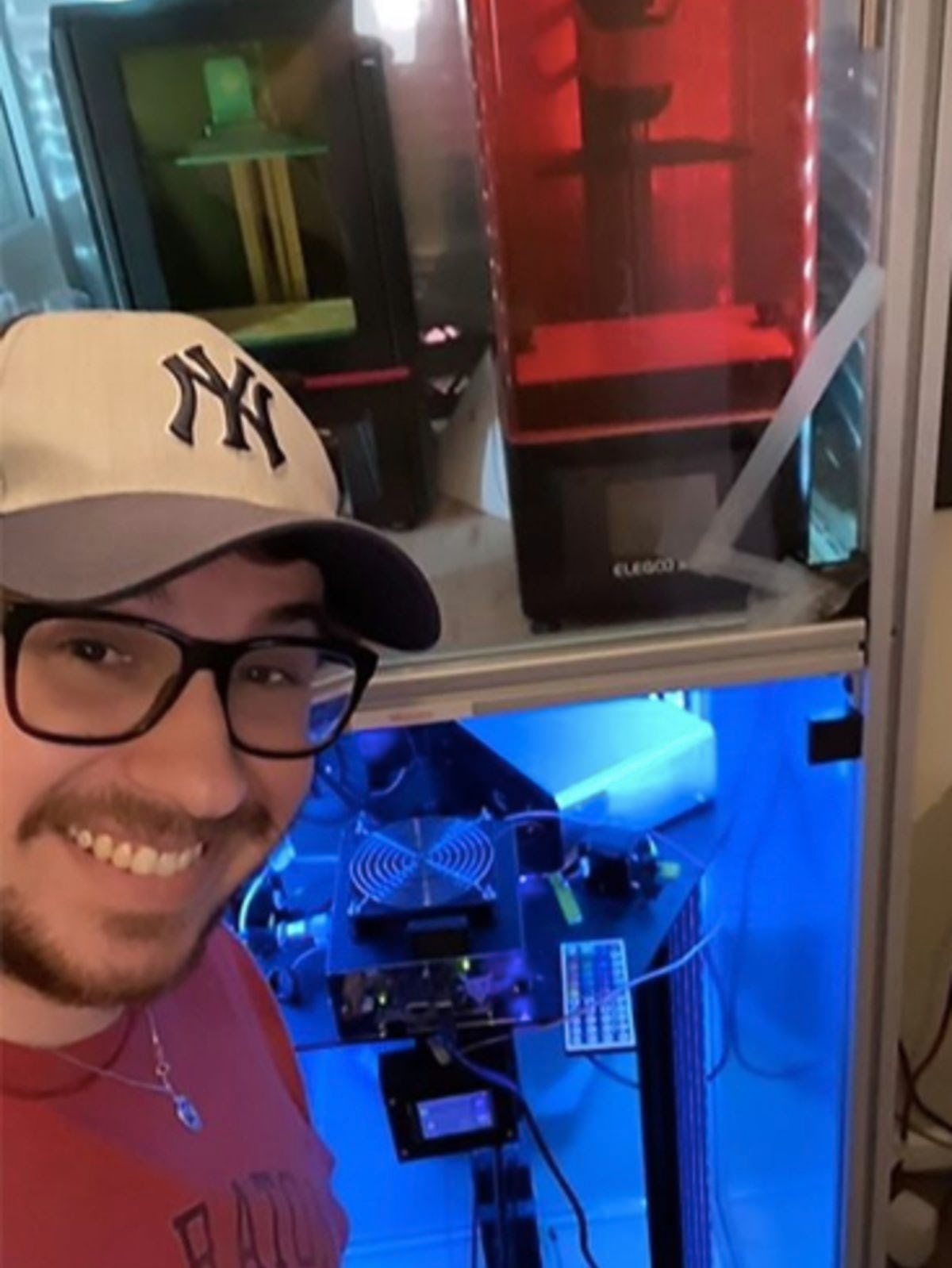 "I'm not getting a whole lot of sleep," admits Dominic Dell Antonia '21, a chemical engineering student who has done multiple co-ops and hopes to work in the energy field after graduating next year. "But we are really chugging on the face shields. We have printed and delivered more than 750 already."

Dell Antonia got the idea as the crisis exploded in his home state.

"I already had my own side business repairing 3D printers, called DDA," he explains. "I had more than a dozen on hand, plus plenty of filament. I realized I could do this and help fulfill an urgent need for PPE."

After downloading open-sourced files and obtaining additional specs from Montefiore, a friend volunteered to begin driving deliveries to medical facilities.

Suddenly Dell Antonia was in business.

"It's basically just me, working in my grandmother's basement, but we're making a difference," he says. "For some parts, we can even print throughout the night, which helps us get more to facilities faster."

"Assembly is actually rather easy, and it's better for them to do on site, right at the point of care," he explains. "They keep asking for them, so I guess they're working well."

"So far, about 150 of our 3D printed shields have come from Dominic," says Nicole Wake, an assistant professor of radiology, 3D imaging lab director and biomedical printing expert at Montefiore Medical Center. "Twice, he personally delivered them to me in Manhattan. The 3D printing community has really come together to help in this situation.

"And I have already heard very good feedback about the printed shields: some people have even said that they like these better than the regular ones. Medical personnel are excited to have this protection. It makes them feel comfortable working in this medical environment."

In addition to getting enough rest, there is another ongoing challenge for Dell Antonia: obtaining the raw materials needed to print the face mask parts.

"Supplies are getting tight; Amazon has already restricted what I can bulk-order," notes Dell Antonia. "For my next order, an order for 80 kilograms of material worth about a thousand dollars, I had to pay in advance with my own funds — which was fine, but it will take another 25 days to get here from China, the only place I can order it directly from right now."

Those materials, when they arrive, will go a long way.

"A single 3-kilogram spool of the PLA filament is enough to print roughly 60 shield holders," he notes.

Trained by Stevens, supported by many

Dell Antonia says his time at Stevens helped inform and prepare him for the effort.

"My circuits and systems course has really helped me understand better how to work with the 3D printers," he enthuses. "Professor Kevin Ryan's teaching was beyond great."

The effort began as self-funded, but since Dell Antonia began accepting donations they have come in waves.

"I keep a legal pad of donation names, and the donation list is already the length of the legal pad," he says. "We have already received contributions from a bunch of different folks, from old Boy Scouts friends to neighbors, family friends and Stevens people.

"We are always grateful for the assistance, of course."

To donate to Dominic Dell Antonia's effort, contact him at [email protected].