As Climate Changes, This Is How Stevens Will Help Keep New York City & New Jersey Afloat 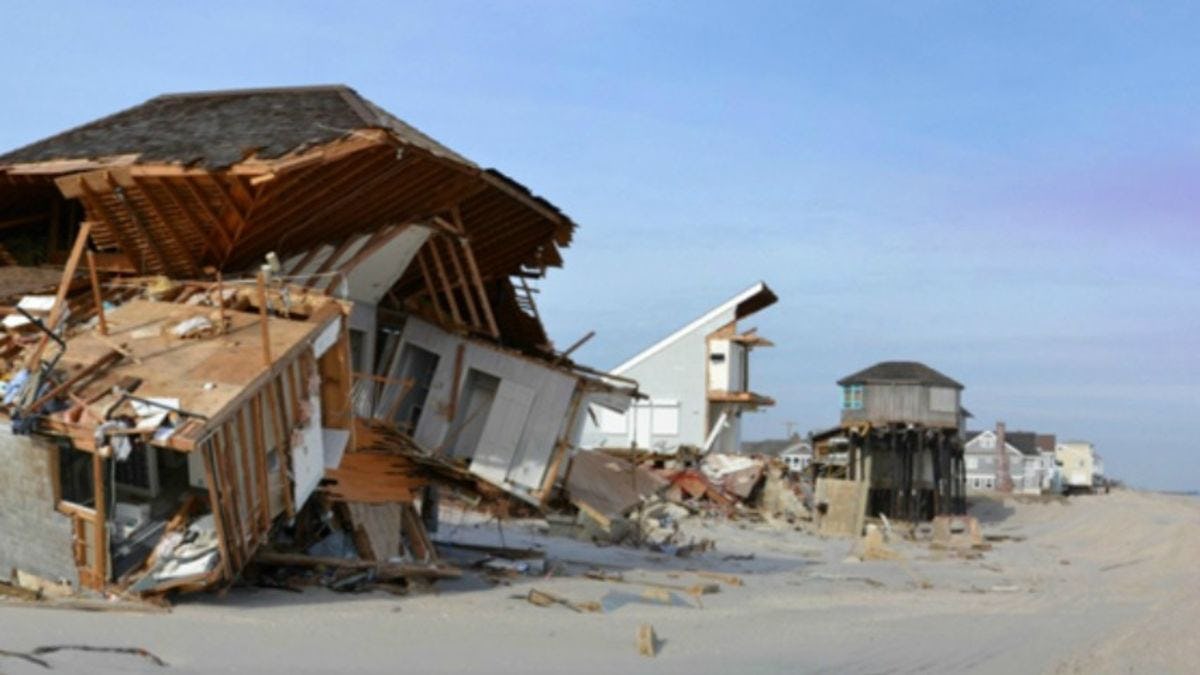 Hurricane Sandy caused $70 billion in damage, much of that in New York and New Jersey

Experts say sea-level rise, driven by warming global temperatures, will regularly submerge NYC streets by later this century. Now that we know, how do we prepare?

But the handsome green pathways of Battery Park, looking out toward the Hudson and beyond to New York Harbor, provide a clue: from here, one can begin to appreciate that the city's five boroughs contain 500-plus miles of shoreline.

And that proximity to the sea brings with it an urgent challenge: keeping the Big Apple high and dry as the planet warms, seas rise and storms drive high tides farther and farther inland each year.

"In the New York-New Jersey region, the Atlantic Ocean has risen about 21 inches during the past 200 years, submerging acres of low-lying land in the process," notes Stevens oceanographer Philip Orton, an expert in regional flooding and climate change who has studied the problem for nearly a decade. 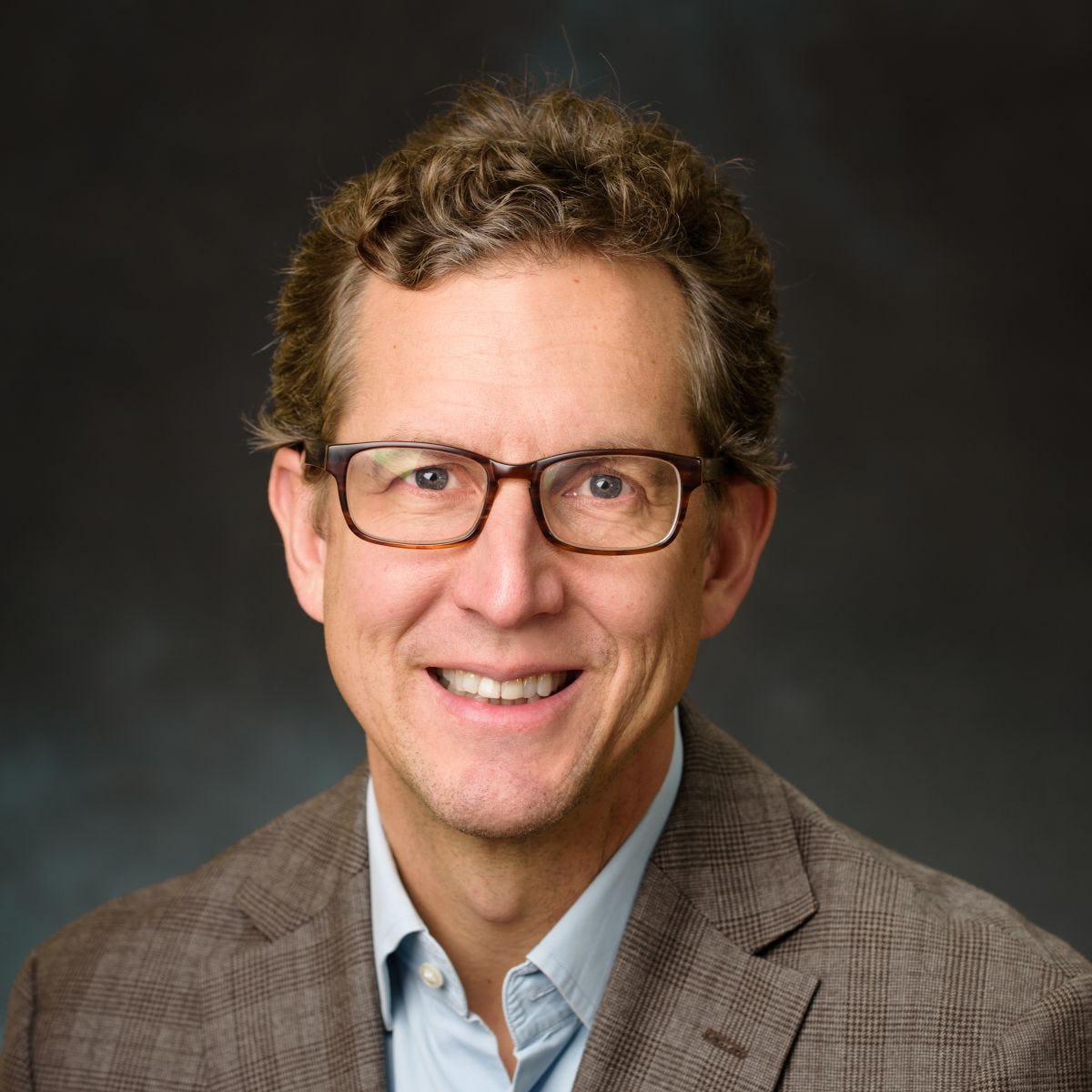 As the water gets higher, big storms pushing against cities built centuries ago — on what was once higher ground — become much worse. Hurricane Sandy caused some $70 billion in property and other damages in 2012, much of that in the metropolitan New York region.

"No storm ever caused more flooding in the city's recorded history," notes Orton, who extensively surveyed historical and geographical data to prove it.

And things will only get worse. Within just 80 years, says a panel of science experts conveyed by New York City's mayors and advised by two Stevens researchers, the sea will have crept up an additional 15 to 75 inches (that's one to six feet) in parts of the metro region.

The effects could be catastrophic: think wind and wave-driven floods covering streets in lower Manhattan during large storms from Battery Park at the island's southern tip all the way north to Canal Street, as well as throughout the Lower East Side and Chelsea. South Street Seaport and other low-lying areas flooding once per year. New York and New Jersey  beaches washed away and replaced with levees, under assault from nearly every large coastal storm.

Fortunately, Stevens is ready with forecasts and data to help communities become more resilient and better plan, prepare and defend.

The process begins with rising global temperatures, a phenomenon generally known as climate change — one reason why all but two nations on Earth have signed the Paris Agreement, a landmark 2016 agreement to generally limit greenhouse gas emissions; build more climate-resilient communities; and direct financial resources toward the growing challenge.

"Planetary warming develops gradually," notes Orton. "But once you start the rapid melting of ice in Greenland and Antarctica, it is very, very hard to slow the effect on sea level. It's like pushing a car off the crest of a hill: slow at the very beginning, but then unstoppable once it gets momentum."

Reducing carbon emissions and emissions of other 'greenhouse gases' is believed by most scientists to be critical to stopping this momentum.

"Under former President Obama, U.S. carbon emissions did in fact decrease slightly," notes Orton. "Whether that trend continues or not remains to be seen — but if it doesn't, coastal cities and smaller communities are in real trouble from a resiliency standpoint." 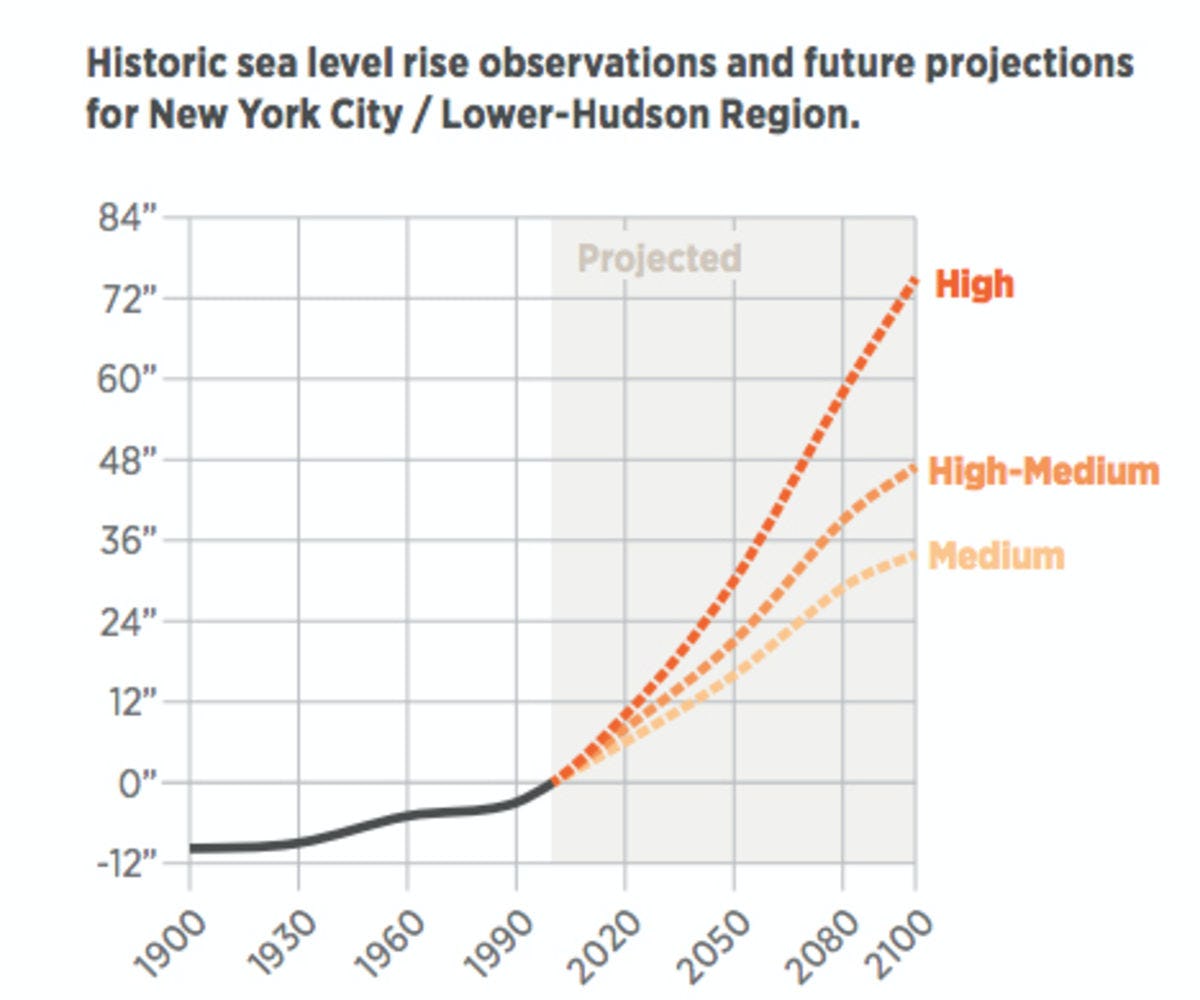 Like New York, most major cities on the East Coast of the United States lie directly on the sea or estuaries, at low elevations and with little to no natural protection from storm surges.

"Low-lying neighborhoods will become uninhabitable if nothing is done to prepare," notes Orton. "That much is certain."

Predicting storm-driven sea surges has long been a focus of Stevens' Davidson Laboratory, which now provides forecast guidance to the National Weather Service, the Port Authority of New York/New Jersey and other government agencies to the region's storm-surge and emergency planning — guidance that assisted in preparations for Hurricane Sandy in 2012.

However, comprehensive longer-range planning for what happens as the planet's atmosphere warms, icebergs melt and sea level creeps up on coastal cities, has been slower to develop.

Orton and Davidson Laboratory Director Alan Blumberg are members of the third and latest version of that panel, known as NPCC3, which is currently looking at updating sea level rise and flood projections with the latest science.

Federal officials also recently convened a major competition to devise defenses against climate change. A Denmark-based team of engineers and architects proposed a raised set of berms, parks and wall encircling the entirety of Lower Manhattan like a wall.

Nearly a billion dollars have been committed to study and deploy that, and other, solutions. But the "Big U," as it's known, is big-league expensive to build. There's also the question of how developers, residents, tourists and others feel about such a large-scale, transformative change to the cityscape.

So, instead, the city has turned its eye instead toward smaller, more strategic projects that would protect some of the most vulnerable neighborhoods: the Lower East Side, the Hunts Point neighborhood in the Bronx, Staten Island.

Once again, Stevens' expertise is powering some of the planning.

New York City plans to create green spaces that filter and absorb rainfall, floods and rising seas, buffering the city; raise new levees, disguised as playgrounds and parks; and build walls, barriers, drains and other conduits — including sections of FDR Drive — that can direct flood waters away from low-lying urban areas back into the East River, among other innovations.

On Staten Island, Orton was part of a prize-winning effort that has designed a system of "living breakwaters" to help cushion the island, one of the city's regular flood and erosion hotspots, from damage.

"New York City is working to address flood risk," notes Orton, "but it's very expensive, more expensive than people think, and this slows down the work, which is so urgently needed. While the city has made some notable efforts, at this time they are not protecting most of the city."

Back on the western banks of the Hudson, Hoboken and Jersey City — both previously crippled by Sandy's huge, historic storm surge — are also gearing up for their own long-term battles with the rising ocean, leveraging Stevens' considerable support.

Hoboken has cast its lot with a plan known as "Resist, Restore, Delay, Recharge," which provides high seawalls and also aims to eventually improve the city's stormwater drainage systems with new catch basins and absorptive green spaces. Blumberg and Stevens assisted by vetting the risk analyses and providing visualizations and models.

Jersey City, where nearly half of the land lies within 100-year flood zones, has also considered a novel approach that would re-landscape and raise several key streets — notably Washington Street along the waterfront and Route 440 on the west side of the city — by up to ten feet, while also installing a new surge barrier at Tidewater Basin and new levees in Liberty State Park. Supported by NOAA, Orton worked closely with Jersey City's planners to produce the conceptual plan.

To cope with an increasingly extreme climate and progressively stronger storms, Stevens faculty and students also work actively to design stronger, more resilience buildings. In 2015, the student-designed SURE HOUSE, equipped to withstand hurricane-force storms, took home first prize in the U.S. Department of Energy's Solar Decathlon, besting more than a dozen competitors in an international field in the process. 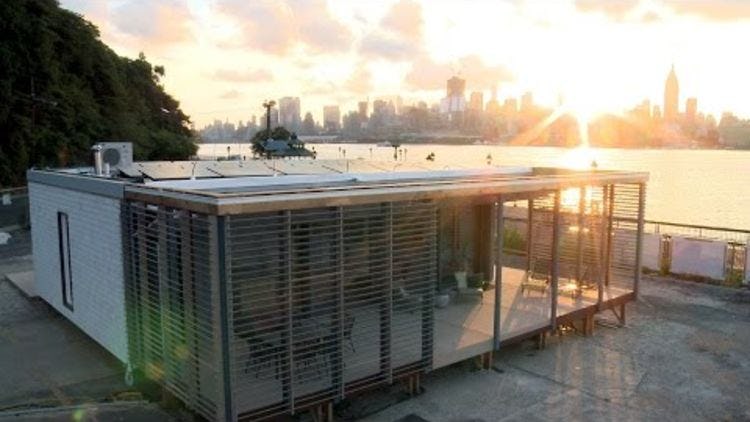 Stevens Institute of Technology: The SURE House - 2015 Solar Decathlon Entry

Rising seas aren't all that worry planners and health officials, either. A growing body of climate data also raises the issue of intense heat waves, for which coastal cities will also need to prepare, even in the Northeast.

"We currently have about one 100-degree day in the New York City area every two years," notes Orton. "If middle-of-the-road global warming projections are correct, by the year 2100 we will have about one to two weeks of 100-degree days every summer. The summer will, basically, consist of one long heat wave, with most days exceeding 90 degrees.

"And that, too, will be a planning and public health challenge that will need to be addressed sooner rather than later."