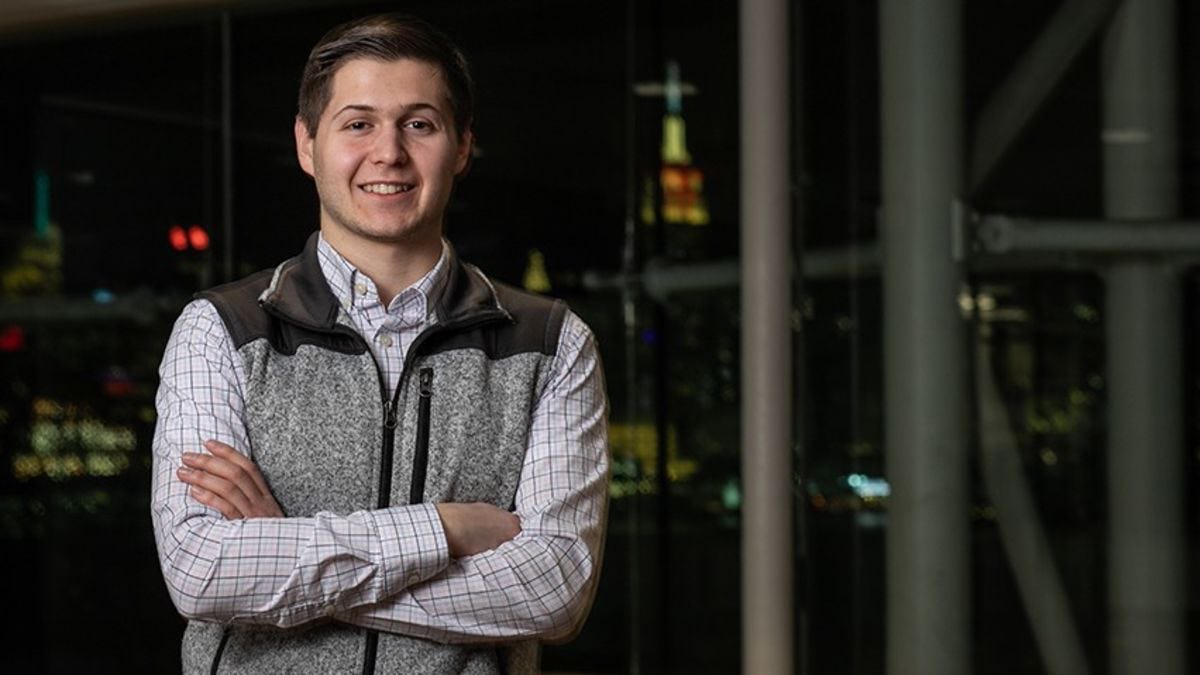 Justin Trugman '20 says Stevens gave him countless opportunities to engage the entrepreneurship community. He was recently hired by telemedicine startup Caregility, continuing his interest in technology's potential in the business of healthcare.

Justin Trugman '20, Now Pursuing Master's Degree, a Force for Entrepreneurship on Campus and Beyond

In the wake of COVID-19, it’s fair to say that few Stevens Institute of Technology students were as prepared to transition to online learning as Justin Trugman ’20.

Trugman’s familiarity with networks and remote learning stretches back to his freshman year, when he helped co-found a video streaming startup, Blink CDN. That prepared him for an internship with Google’s Loon subsidiary, which aims to provide internet access to rural and remote locations, and independently consulting with telemedicine startup Caregility, where he’s just started full-time work as a video communications software developer as the industry meets rising demand created by the coronavirus.

“Stevens gave me a good balance of business and technology from the get go,” Trugman said. “And there are so many opportunities outside the classroom to further develop your technical skills, so you graduate ready for a changing workplace.”

For Trugman, those extracurriculars awakened a love of entrepreneurship and startup culture that has become a defining passion for him; in the spring, he was recognized with the Innovation and Entrepreneurship Award by the School of Business. 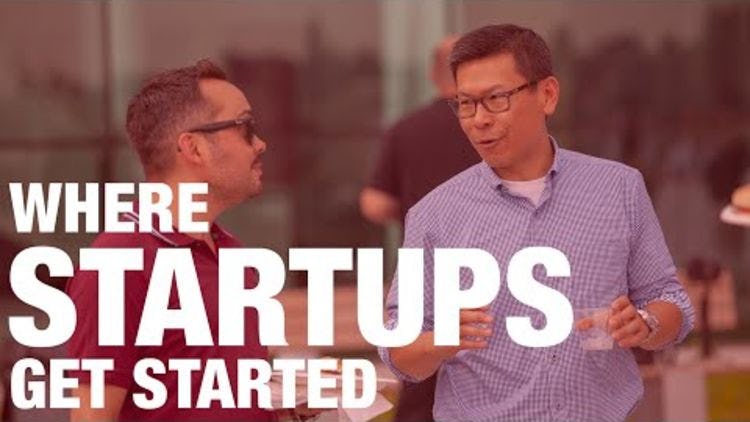 “Before coming to Stevens, I’d never thought about the idea of working with, or helping to mentor, startups,” Trugman said. “I was more interested in coding and robotics.”

Stevens gave me a good balance of business and technology from the get go ... so you graduate ready for a changing workplace.
Justin Trugman '20

In fact, in one of his courses, Dr. Mukund Iyengar challenged his students that, if they successfully built an app, they could be exempt from the midterm.

Of course, Trugman learned, the midterm would have been a lot less work, “but Professor Iyengar was impressed with my determination and brought me into the entrepreneurship culture at Stevens, including the work I did in co-founding Blink.”

Blink, which attracted $450,000 in funding from Verizon, was a research project designed to make “live” video actually live, instead of the latency experienced by anyone who’s taken a Zoom meeting during the pandemic. The team involved Trugman, Dr. Iyengar and three other Stevens faculty and students; it also led to the development of a nonprofit spinoff, Rooms for Humanity, that uses the live technology to offer free videoconferencing services worldwide.

“That’s where I realized I was at home in the startup community,” he said.

From there, he started bringing the startup community home, becoming a hackathon director at the Stevens Venture Center incubator — where he is still involved as a mentor for its Launchpad and iStem programs — and running a series of healthcare-focused hackathons that have attracted sponsorship from the United Nations, IBM, Bristol Myers Squibb and others. He’s also been working to create a local entrepreneurship ecosystem, working with Stevens, Hoboken government and startups based in the Mile Square City. Most recently, he co-created a COVID-19 hackathon that involved more than 500 participants who submitted more than 100 projects — from clear facemasks to mobile ICUs. The event earned coverage in national media. 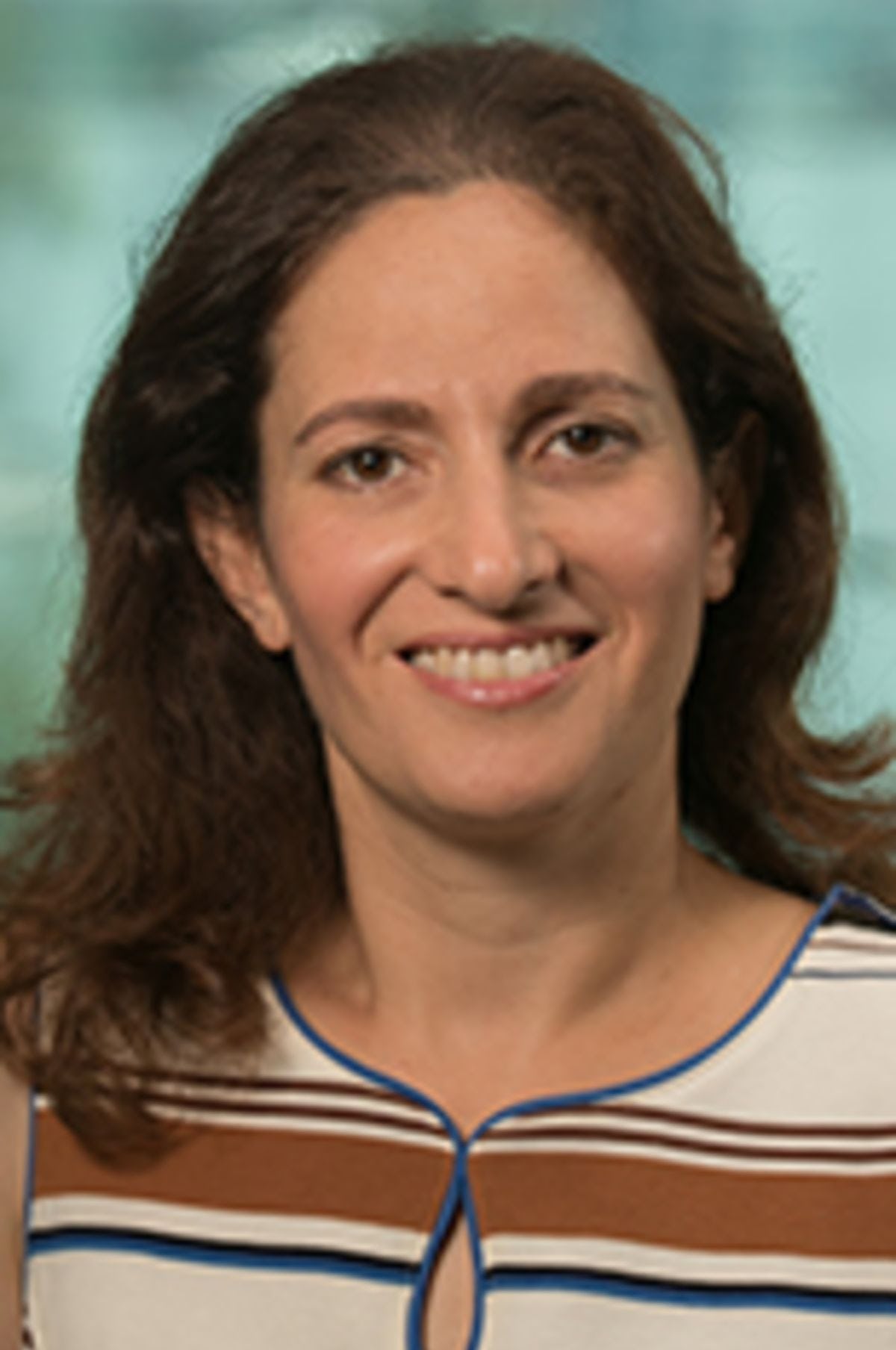 “The ability to apply what I’ve learned at Stevens and my interests in technology and healthcare was humbling,” he said of the hackathon.

Dr. Joelle Saad-Lessler, associate dean for the undergraduate division in the School of Business, said Trugman was always full of ideas about how to change the world.

"And these were not pie-in-the-sky ideas, but tangible ideas — with details on how to implement them,” she said. “I was very impressed with him and encouraged him to share his perspective, which has definitely created impact.”

For instance, Dr. Saad-Lessler said, Trugman’s ideas and enthusiasm helped her in proposing a new course on design thinking, which is now scheduled to launch next spring.

Learning from a crushing setback

One of Trugman’s happiest Stevens memories is getting his acceptance to Loon as a junior  — especially as it came on the heels of Blink’s disappointing ending.

“I was crushed,” he said. “Then, to get an offer in the mail — that the best networks research lab in the country wants you on their team — it meant to me that all my hard work wasn’t erased, that the experience lives on and helps you in new ways. That was a really good lesson for me.”

And his responsibilities at Caregility — an opportunity he got through his relationship with Dr. Sid Ahuja, of the Schaefer School of Engineering and Science — closely reflect his work with Blink, in terms of the monitoring, analysis and visualization of video networks he does. Working at a startup also helps keep him engaged with the entrepreneurship community, at Stevens and beyond.

“My long-term goal is to be a founder of another company someday or lead an entrepreneurial team at a large company, and to do that, you really need to be able to pair a strong set of technical skills with business and management training,” Trugman said. “The Business & Technology major and the entrepreneurial culture at Stevens have given me just that.” In fact, he’s currently working toward a master’s in Computer Engineering through the university’s Accelerated Master’s Program.

He also credited Stevens with giving him a maturity that comes with co-founding a company like Blink, even if it didn’t succeed.

“Running a company at 19 years old means you quickly learn how to spend money, develop a product and manage client expectations,” he said. “Stevens taught me the value of hard work. When code breaks in your product, you don’t wait until tomorrow morning to fix it.”