Live Streaming Isn't Live. A Stevens Business Student Is out to Change That 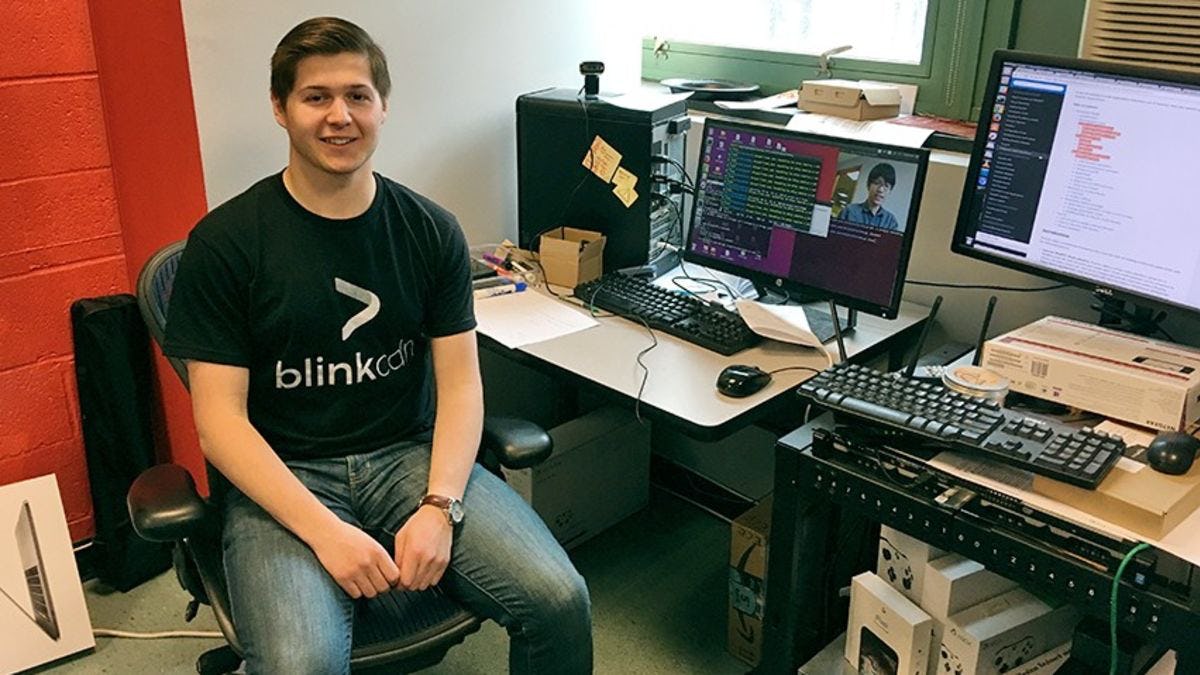 Justin Trugman at his desk in Blink CDN's offices at Stevens. 'Live' streaming online is typically delayed by up to 45 seconds; Trugman's company has so far reduced lag to 500 milliseconds.

If Blink CDN were just a way to stream Netflix faster, you could be forgiven for dismissing its technology as a plaything for millennials seeking ever-speedier access to video content.

But, as Justin Trugman points out, there are many business cases for faster video streaming — from telemedicine and online auction platforms, to financial markets and sports broadcasting.

“The further we go with this project, the more unexpected applications we keep finding that demand real-time interaction,” said Trugman, a Business & Technology student in the School of Business at Stevens Institute of Technology and a co-founder of the company.

Blink CDN’s technology aims to perform live streaming in the blink of an eye, with delays of 300 milliseconds. Right now, live streaming is delayed by 30 to 45 seconds, representing an enormous opportunity for the company; by 2020, it’s expected nearly 80 percent of online traffic will be streaming video.

The algorithm developed by the Blink team will help the company in its aspirations to change how video content reaches consumers. To start, it’s developed a platform for real-time, high-definition videoconferencing aimed at major players like GoToMeeting and WebEx. It’s also created Rooms For Humanity, a not-for-profit proof of concept for Blink. This heavily modified version of its web conferencing tool allows up to eight people to join a meeting; each meeting is encrypted and easy to join, with no need to install third-party software. 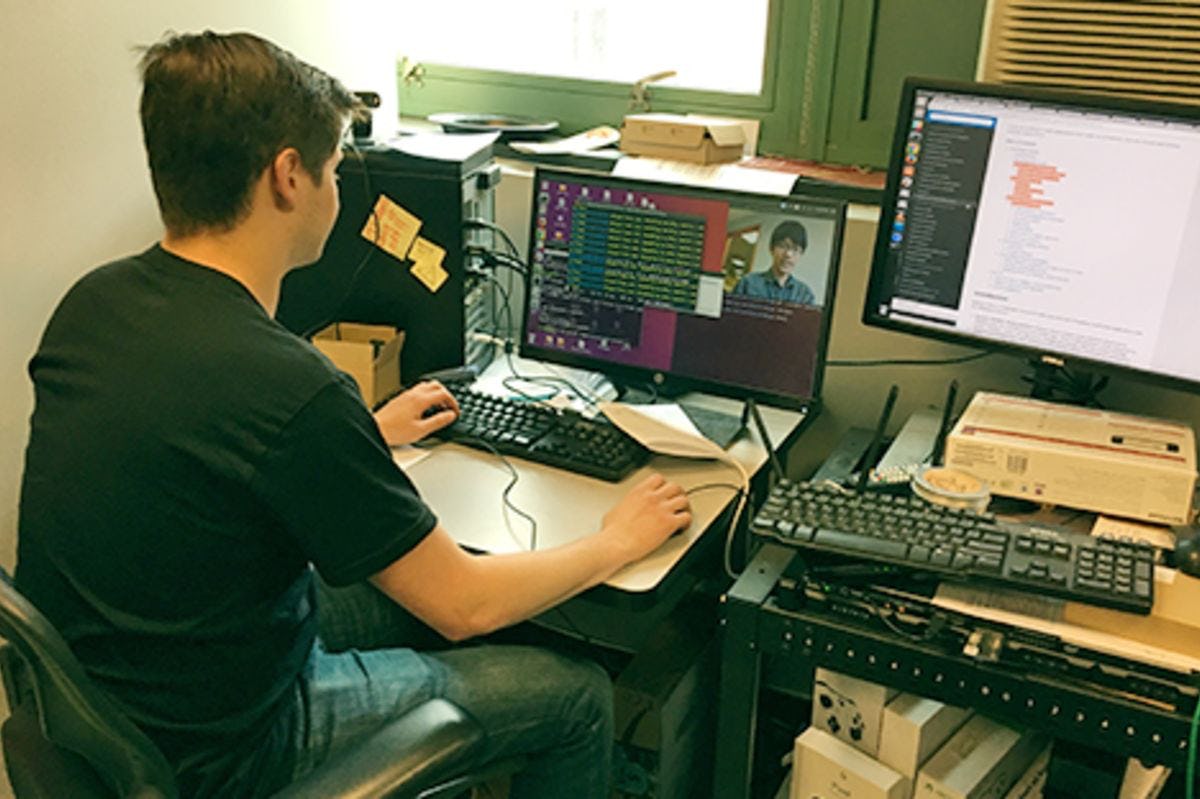 The engineering muscle on the Blink CDN team has helped it solve delays associated with live streams. Justin Trugman brings computer science skills to the table, but also business knowledge.

Trugman said the company has reduced lag to around 500 milliseconds, and is now working on last mile problems for consumers through a mesh network optimized for video. He, along with his co-founders — Charles Bethin, a senior studying Computer Engineering, and Stevens engineering faculty Mukund Iyengar and Sid Ahuja, who is also a Bell Labs fellow — see an enormous opportunity in providing high-resolution, lightning-fast content. Stevens Professor Victor Lawrence, also a Bell Labs fellow, is an advisor to the team.

“For instance, you’re seeing more people buying 4K TVs as they get cheaper,” Trugman said. “And if you don’t have the infrastructure to support 4K streaming, you’re going to have a lot of dissatisfied customers.” The company’s research work has so far attracted nearly $500,000 in sponsorship from Verizon.

Many companies trumpet their high-speed capabilities, but few define what that means. Vrushali Gaikwad, a master’s student working with Blink, developed an app that allows users to measure latency. For Trugman, that’s a signal of the company’s commitment to research.

“Our business plan is important, but our real strength is in research,” Trugman said. “Most video platforms take existing technology, package it in their own interface, and then sell it. They’re not researching how to advance the technology, so as we get closer to the 300-millisecond mark, they become less and less relevant.”

'The best of both worlds' at Stevens

Trugman’s introduction to Stevens was though precollege programs in engineering and computer science. He entered Stevens as an engineering student before switching to the Business & Technology major.

“I saw B&T as the best of both worlds — a chance to learn computer science and also business,” he said. “That’s a balance you don’t see at a lot of other schools.”

It also was a place where he could nurture his entrepreneurial spark. In fact, Blink’s access to the Stevens Venture Center — an incubator for high-tech student startups — comes at least in part from familiarity. Trugman is co-director of the VentureHacks Hackathon series and is a coordinator for the annual HealthTech Hackathon. Dr. Iyengar is a fellow at the center, while Dr. Ahuja is an entrepreneur in residence there.

“The culture of entrepreneurship at Stevens is fantastic,” Trugman said. “Students are genuinely excited to start companies and apply what they learn in ways that help them get jobs.”

The next step for Blink is to continue testing while preparing to seek investor support — something Trugman feels prepared for, thanks to classes in finance and economics. He’s also excited to continue researching computer networks in search of making Blink even faster, and wants to pursue a master’s in Computer Engineering at Stevens after completing his bachelor’s degree.

“There’s always more to learn,” Trugman said. “That’s what I love about research — it rewards curiosity. It’s why I enjoy working so closely with faculty at Stevens.”