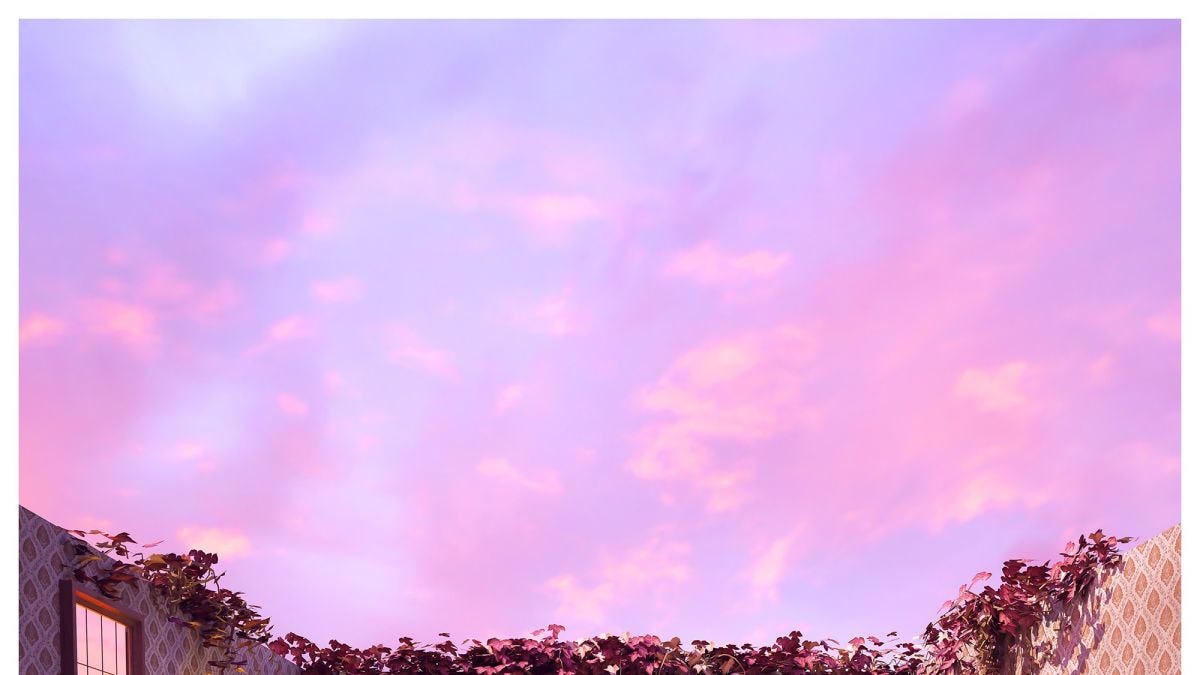 His prints showcased virtual figures, created entirely by the 3D software Cinema 4D, and atop of their grand physical presence, these pieces demanded an emotional space within the room. Now working as a graphic designer at Big Idea Advertising, Stillman recently took the time to answer a few, quick questions about his project and how his lessons within Stevens' College of Arts and Letters prepared him for the endeavor.

The work you showed at the Senior Capstone Exhibition was impressive. How would you describe the project?

Jacob Stillman: Internal Dissonance discusses the relationship between self-image and the eternal inner battle that results from intense anxiety, self-doubt and the inherent desire for the approval of others. The work investigates the confusion that results from the struggle of self-realization, highlighting contradicting beliefs of what is deemed right and wrong in today's landscape.

What do you expect viewers will feel when taking in these images?

JS: I want them to use the opportunity to dive deeper into themselves as people and gain a new level of consciousness regarding their impact on the world and the people around them. I also wanted to reassure people that whatever they happen to be going through, there are others going through similar things. I believe this reassurance that we are not alone is crucial to fighting through tough moments in life. 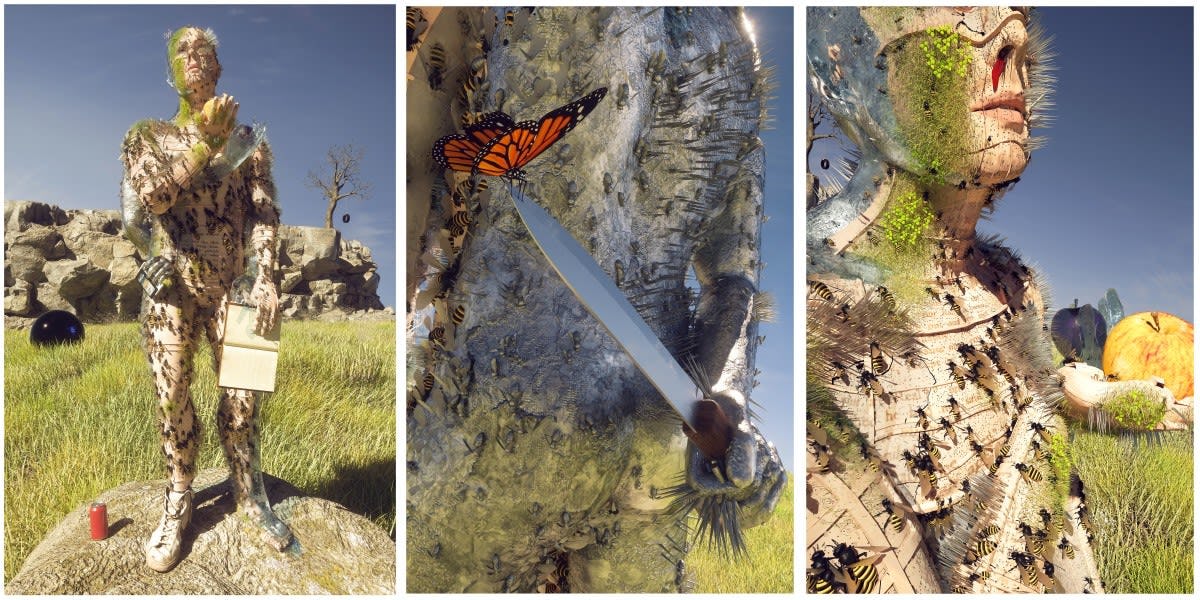 Featured above is the work "Stepped on Two Bee's Nests and Thought I Could Escape." Stillman says, "[It] was created first and investigates a strong contrast between thoughts of right and wrong, good and evil, sadness and happiness."

What technology or tools did you use during the creative process?

JS: The compositions were created entirely within the 3D software Cinema 4D. I used personally modeled objects, 3D scans of my own objects, and royalty-free 3D assets from other 3D artists to create the various compositions. Photoshop was used briefly to do small color-grading for final production.

I also did the most self-reflection I’ve ever done in order to dive deeper into the meaning I was trying to achieve in the work. It was a critical part of the beginning phases of the project. 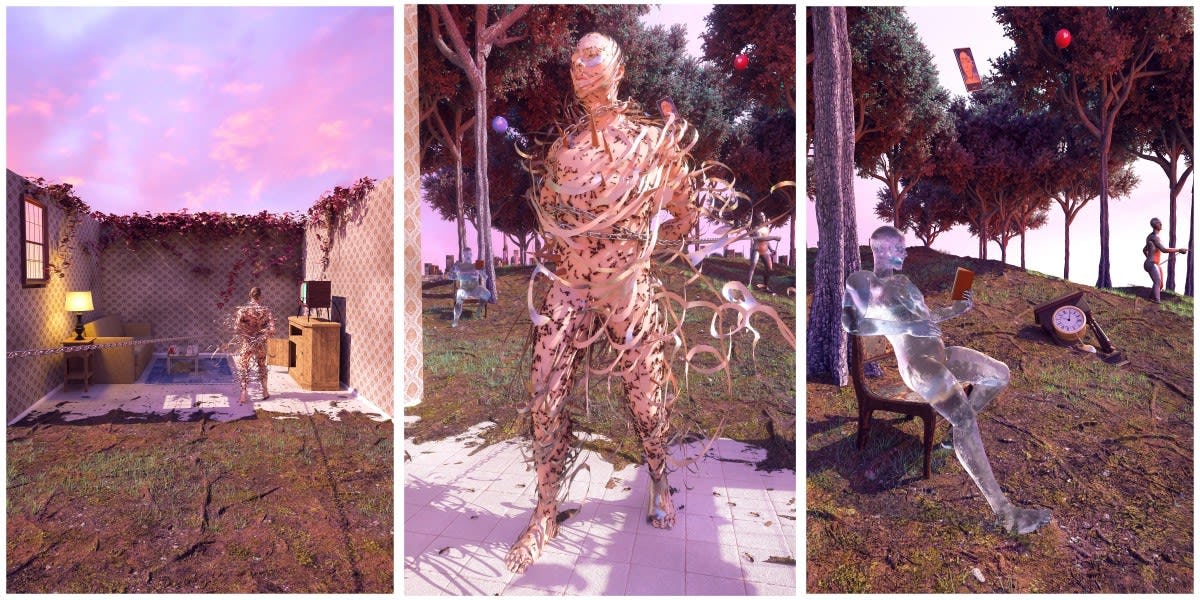 Featured above is the piece "Captive". On this work, Stillman notes: "'Captive' visualizes a moment of extreme constraint and loss of control. The figure appears trapped and has been overtaken by feelings of negativity, resulting in a downward spiral. Negativity and despair control every aspect of life and hope seems to be lost."

What was the best lesson you learned here at Stevens?

JS: Although I learned many lessons at Stevens, the most important would have to be the pursuit of passion. The best thing you can do for yourself is to pursue what you are truly passionate about, regardless of what that may be or what others think.

What are the skills you learned at Stevens that you believe will be most useful for your career?

JS: On top of all the technical and social skills I learned, I discovered how to love learning. That may sound corny but having a deep desire to continually learn new skills outside of schoolwork was critical in creating the work I have so far. 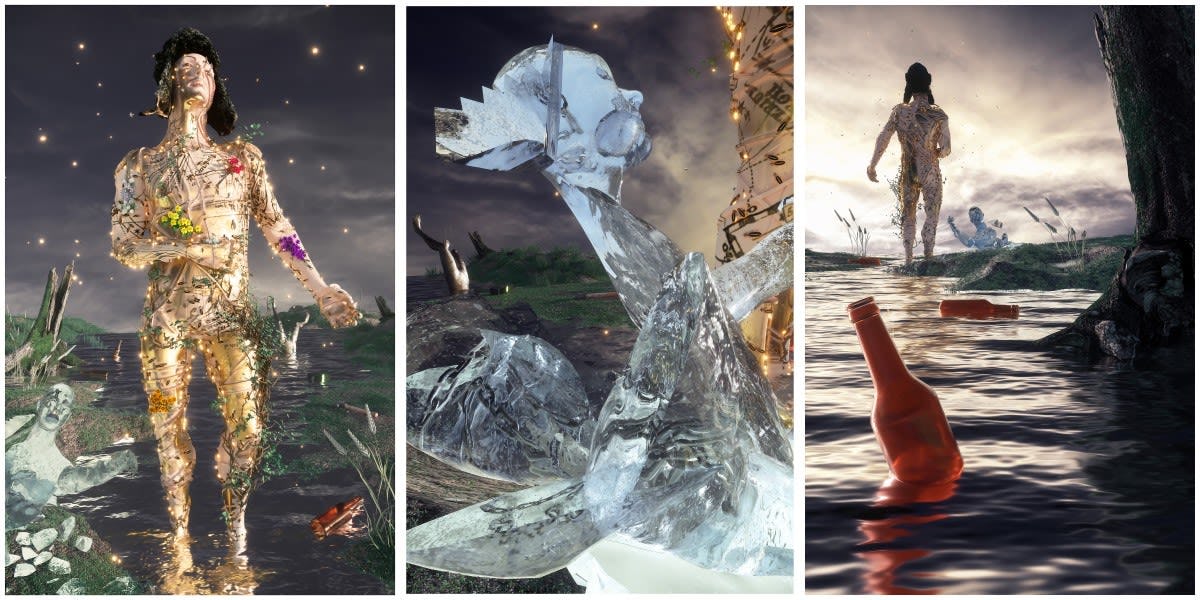 According to Stillman, "Full Bloom," featured above, represents an internal peace. "The inner demons of one’s self are conquered temporarily, and the figure is finally able to pursue true happiness and thus, bloom as an individual."