School of Business Board of Advisors

The School of Business Board of Advisors was formed to enable the school and the university to leverage the experience and perspective of respected professionals to achieve the goals set out in the strategic plan. Collectively, the board has more than a century of business experience across blue-chip business organizations around the globe. Members meet regularly to discuss the academic priorities and corporate placement needs in industry, influencing the success Stevens students enjoy when searching for employment.

In her 16-year career with Verizon, Lauren Adelson-Luft has enjoyed an array of career opportunities with increasing levels of responsibility. Her work has included managing Verizon’s Global Network Operations Center, in Hong Kong; leading its International IT Program Office, in the United Kingdom; and serving as vice president of the Financial Systems Group. Her current role encompasses an end-to-end technology experience that supports key functions across Verizon. She is a passionate advocate for issues related to women in technology and was awarded two U.S. patents, in 2012 and 2014.

As a managing director with family-owned Ansaco, Mr. Ansary is focused on the organization's corporate and real estate investment activities, a sizable piece of the office's portfolio of opportunistic investments in manufacturing and real estate. He spent more than 10 years in investment banking, helping U.S. and foreign companies raise capital in the public and private markets and execute strategic M&A transactions, holding increasingly senior roles through his career at Credit Suisse, ABN AMRO and Advest.

Frank A. Corvino is the Co-Founder and CEO of Genesis Research. In his 12 years at Genesis, Frank has focused on developing a results-oriented corporate culture through a leadership style that promotes inclusivity, authenticity, diversity of thought, as well as personal growth and fulfillment. A quantitative scientist by training, with numerous publications in Mathematics, Physics, Statistics, and Healthcare, Frank has spent the last 15 years advancing the way Epidemiology, Health Outcomes, Medical Affairs, and Market Access leverage RWE for decision making and stakeholder communications. Prior to starting Genesis Research in 2009, Frank held academic positions at the City University of New York and Stevens Institute of Technology. He holds a PhD from Stevens and an MBA from Columbia Business School.

At Tesla, Mr. Deaton leads financings in support of the company's mission to accelerate the world's transition to sustainable energy. He began his career as a corporate attorney at Mayer Brown LLP before working in the investment banking division of Goldman Sachs. He attended Indiana University, graduating with honors from the Kelley School of Business and the Maurer School of Law.

Annie DeStefano is a member of Silicon Valley Bank’s fintech team, where she partners closely with entrepreneurs, investors and influencers across the New York innovation ecosystem. Prior to SVB, she held roles in engineering, product management and operations during her time at venture-backed location intelligence company Foursquare and Goldman Sachs, including launching the Marcus by Goldman Sachs consumer banking product. She graduated from Stevens with a bachelor’s in Business & Technology.

A respected speaker and leader in analytics and market research, Mr. Frank is responsible for advertising, brand and business-to-business research. Prior to joining American Express, he spent 10 years at Microsoft as senior director of corporate research. As a recipient of the Wall Street Journal Achievement Award, Mr. Frank has been recognized for his entrepreneurial vision, drive and innovative approach within the technology, consumer, and financial services industries. He is the co-author of “Drinking from the Fire Hose: Making Smarter Decisions Without Drowning in Information.”

Calvin has recently been appointed as the Global Audit Head of Technology Enablement at T Rowe Price where he leads their corporate technology audits and drive the data analytics program for the division. Previously held several executive positions at Morgan Stanley including Chief Operating Officer (COO) & Head of Business Strategy for Morgan Stanley Wealth Management Financial Wellness and was the Global COO of Morgan Stanley Fraud Operations. Prior to Morgan Stanley, he was the Executive Director of Digital Care and Customer Operations at Comcast NBC Universal, leading one of the nation’s largest global 24/7 digital social media operations for XFINITY customers. He has also led the nation’s largest Telemedicine operations at “Specialists On Call” offering online medical consultations and treatment in Neurology, Psychiatry, and Cardiology and was the head of Capital One’s Mid-Atlantic Customer Advocacy department which included Regulatory and Social Media teams as well as an Office of the President. Calvin earned an undergraduate degree in Management Information Systems from Goldey-Beacom College in Wilmington, DE, and a master’s degree from the Stevens Institute of Technology in New Jersey. He is Six Sigma Black Belt-certified and received management certificates from the University of Cambridge in the U.K. and the Wharton School at University Pennsylvania.

Anthony Kowalski has been with Nomura for more than a decade; he is currently the chief operating officer of global rates and secured funding. He also is a member of the Nomura Financial Resource Committee and co-chairs the Nomura Wholesale Liquidity Management Committee. His previous experience includes work at Bank of America Merrill Lynch, where he was global chief operating officer for secured funding, and JPMorgan. Mr. Kowalski has bachelor's degrees from Stevens and Fairfield University.

Mr. Lizza has worked in the financial services industry since 1986. Prior to joining Lazard in 1999, he was a Managing Director of Bankers Trust Company were he held a number of technology and business management positions. He also was a Senior Vice President of Alliance Capital Management. He has an MBA from Columbia University and a BE in Electrical Engineering and Computer Science from Stevens.

Mr. Marsh directs all financial, operating, training and consulting services of GRC’s global network. During his career, he has overseen risk management professionals specializing in operational, environmental and hazard risk consulting engagements; developed a risk assessment model for holistic risk mapping; and served as an adjunct instructor at a corporate training institute. Prior to GRC, Mr. Marsh worked at Factory Mutual Engineering Association, Sun Alliance USA and Marsh USA. He is on the Board of Directors for Global Risk Consultants Corp., Global Risk Miyamoto and the ARISE Boiler Inspection and Insurance Company (ABIIC) Risk Retention Group. He has a B.S. in Chemical Engineering from Rutgers University and an M.S. in Business Management from Stevens.

Before launching his own company in the finance industry, Mr. Patel was a vice president in the strategic cross-asset solutions team at Goldman Sachs, where he was responsible for managing senior client relationships and structuring transactions that crossed a wide range of portfolio investment objectives. His transactional experience in structured products spans exotic derivatives and risk transfer, structured credit and financing, alternative private equity and debt capital investments, and quantitative investment strategies. Mr. Patel started in Goldman's internal audit division after graduating among Stevens' first Quantitative Finance alumni.

Scott Penqué has nearly 15 years' experience at PwC serving both public and private companies, primarily in the technology, entertainment and media sectors. He helps these companies transform their audit, risk and compliance functions through data analytics, robotics and other emerging technologies. In addition to serving clients in the New York metropolitan area, Mr. Penqué also has served a large multinational conglomerate in Tokyo. He has a B.S. in Computer Science and Business from Lehigh University.

Among Mr. Radon’s many postings in higher education are: Visiting professor, Monterrey Tech, where he was named Distinguished University Professor; lecturer, Stanford University's law and business schools; visiting professor, Indira Gandhi Institute for Development Research; and the Ashton J. and Virginia Graham O’Donnell Visiting Educator, Whitman College. Mr. Radon helped draft Nepal’s interim peace constitution, has served on the UN Global Compact Academic Initiative taskforce and has supported the Zawadi Africa Education Fund. He has lectured in more than 70 nations and has written countless published articles. A graduate of Columbia University (B.A.), University of California–Berkeley (M.C.P.) and Stanford Law School (J.D.), Mr. Radon founded Radon Law Offices, an international law firm that advises on the extractive industry, human rights and pharma/biotech. Among his accolades are the Order of Honor from the Republic of Georgia and the Order of the Cross Terra Mariana from the Republic of Estonia.

Mr. Rosenbaum is responsible for providing complex custom solutions and network management services for the company’s largest retail and wholesale customers. Previously, he was senior vice president of service delivery for AT&T, where he led the organization that orders and provisions services for AT&T’s business and government customers. He began his career at AT&T Bell Laboratories in 1986, where he was responsible for systems engineering of AT&T’s advanced data networking offerings. He has an MBA in Finance and International Business from New York University, an M.S. from the University of Illinois at Urbana-Champaign and a B.E. from McGill University.

Mr. Serafin serves as FTI Consulting’s life sciences industry leader, where he is responsible for the integrated delivery of services and solutions for life sciences companies worldwide. His more than 30 years of experience spans R&D, engineering, manufacturing, supply chain, quality, regulatory, compliance, corporate/operations and IT across pharmaceutical, biotechnology, medical technology and consumer healthcare. He is internationally recognized for his expertise concerning regulatory, quality, compliance, and risk management. Mr. Serafin received a master’s degree in Technology Management and a bachelor’s degree in Biomedical Engineering from Stevens. He is also a member of the university's Athletics Hall of Fame.

Mr. Shah has a portfolio of senior advisory roles, including a global consulting firm and an integrated technology investment advisory firm, and is an investor and limited partner in venture capital funds. His previous roles include CEO of Asia Pacific, AIG General Insurance and chairman, president and CEO of MetLife Insurance K.K. He also served on the board of the U.S.-Japan Business Council and on the Board of Governors for the American Chamber of Commerce in Japan. He received a B.S. in Electrical Engineering and a master’s in Technology and Business Management from Stevens. 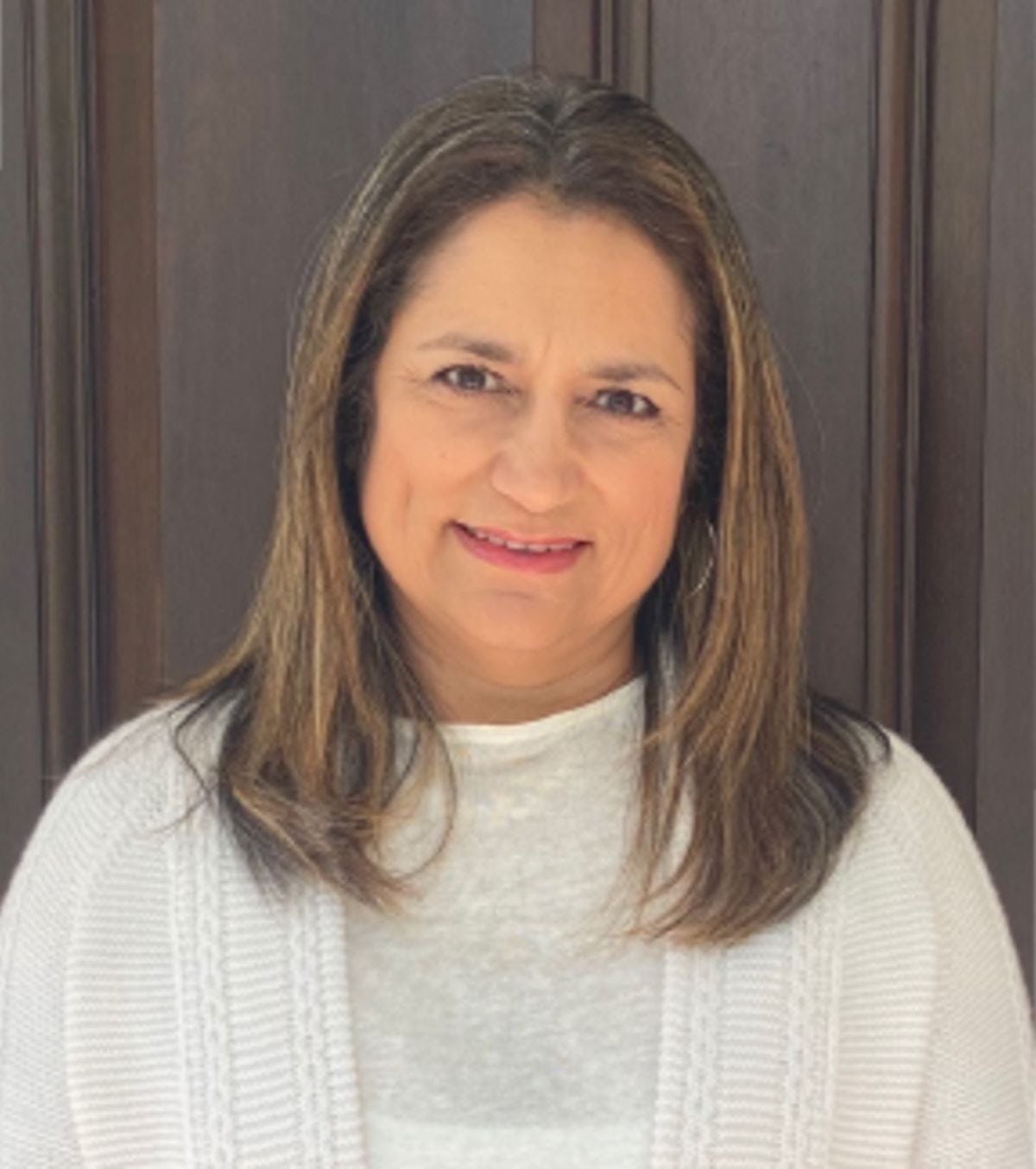 Katherine is currently a Partner with Sevendots, a global growth strategy consulting firm. She also leads strategic engagements with early-stage consumer-facing and social impact companies seeking new ways to scale and accelerate growth. Katherine has a passion for developing talent, enabling human-centered customer experiences, and creating a culture of innovation. A forward thinker with a GM mindset and the expertise to leverage and build data technology capabilities, she has led innovative portfolio, consumer, go-to-market and transformation strategies that drove growth for leading companies such as PepsiCo, Anheuser-Busch InBev, The Coca-Cola Company, Nestle, Kimberly-Clark, Wendy’s, and IRI amongst others. Katherine holds an undergraduate degree in mechanical engineering from Stevens and an MBA from The Kellogg School of Management at Northwestern University. She was raised in the US and Venezuela and is fluent in both English and Spanish.

Mr. Sullivan has led the NJEDA's transformation into a comprehensive economic development organization, including the creation of new offices and initiatives aimed at implementing Gov. Phil Murphy’s vision for a stronger and fairer economy. He has previously served as deputy commissioner of the Connecticut Department of Economic and Community Development and chief of staff to the New York City deputy mayor for economic development. He has also worked at Barclays Capital as chief of staff to the head of global investment banking. Mr. Sullivan is a graduate of Georgetown University.

Andrew (Andy) Wirths is a senior pharmaceutical operations leader with over 30 years experience in the industry spanning small and large molecule manufacturing. Andy joined AstraZeneca in 2015 and is currently Senior Vice President, Americas Supply, where he is responsible for overseeing the manufacturing operations of 8 sites in North and South America. Previously Andy held various senior positions at Merck where he was fundamental to the development of their manufacturing strategy and its execution at multiple sites. Andy holds an MSU in Engineering Technology from the University of Pennsylvania and an MBA and Bachelor of Science from Lehigh University in Pennsylvania.