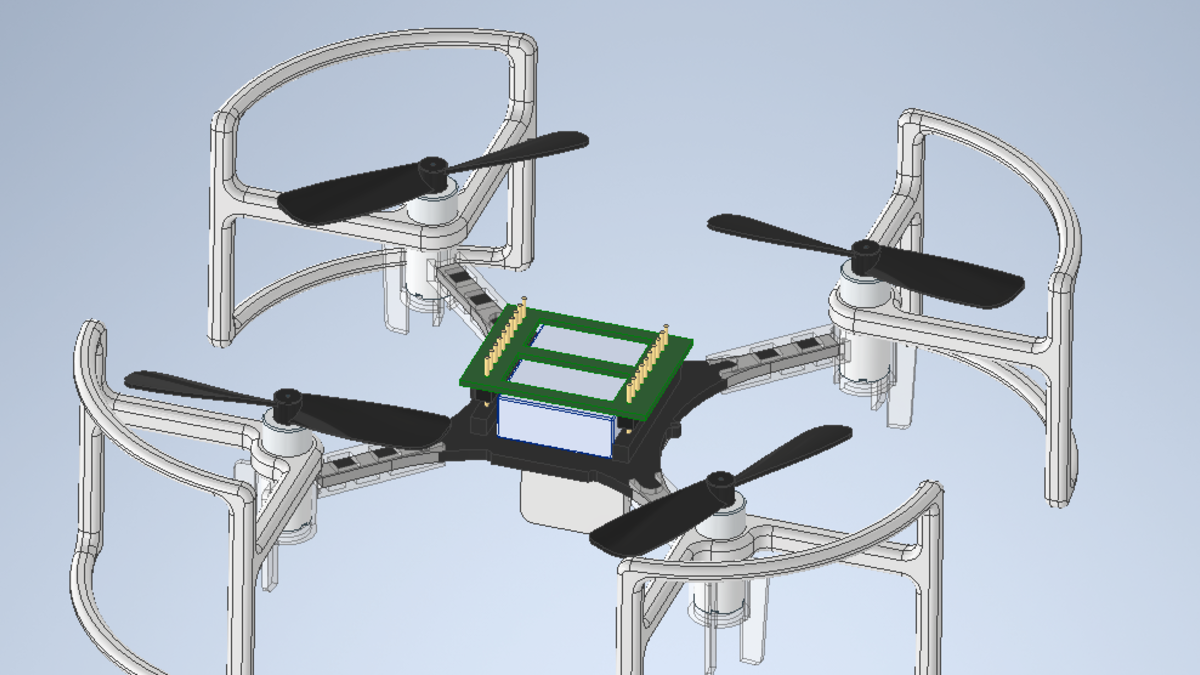 For their senior design project, six seniors have a big vision for a small drone

In 3D scanning, a 3D model is built from multiple images of an object or environment taken from different directions. These models are used in video game design, virtual reality technology, engineering, art, design, cultural heritage management, and mapping, among other fields. While 3D scanning can be completed from the ground for most purposes, much larger objects pose scanning challenges—challenges that can only be met from the sky.

Last fall, Hamid Jafarnejad Sani, an assistant professor in the Department of Mechanical Engineering at Stevens Institute of Technology, suggested a senior design program for one group of his students: designing, building, and testing an autonomous 3D scanning drone.

A 3D scanning drone circles around an object as it records. It’s usually operated by a human pilot. Creating an autonomous drone would eliminate the chance of human error. “Autonomously, you can do it more accurately, faster, and better quality,” said Jafarnejad Sani, in his first year of teaching at Stevens.

They hit up the idea to adapt an open-source, palm-sized, quadcopter drone called the CrazyFlie 2.1. The plan was, “we’d write our own code for it,” said mechanical engineering student Louis Ihle, the project manager. “We’d then upload it to the quadcopter, and have it fly around [an object] and be able to carry a small first-person video camera. Using that camera, it would upload the video to a computer. And then we would process it and generate a 3D model from it.”

It would be equipped with a positioning system and protected in a custom-built lightweight cage. Too lightweight to fly outdoors, the drone would need a safe place for test flights, so they decided to design and construct an eight-by-eight-by-eight-inch cube draped in nylon mesh. 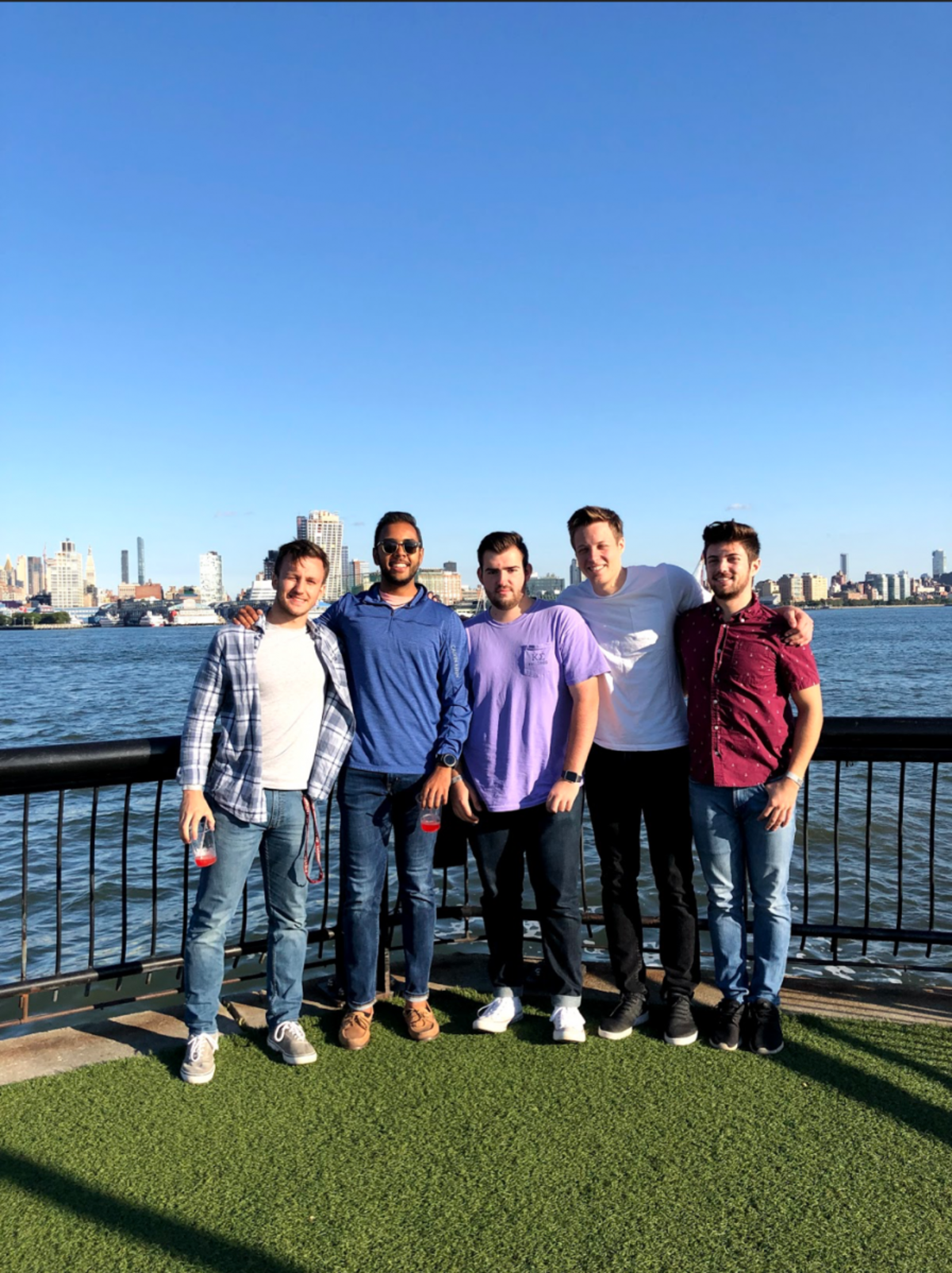 The six seniors got to work. Using his experience building and piloting quadcopters, Ihle worked on computer programming and mechanical design. Computer engineering student Ethan Jones and electrical engineering student Mitko Bosinov worked on the local positioning system, which determines the coordinates of the drone in the flight area. They also tested the quadcopter components, including the camera. Bosinov tested the radio communications between the laptop and the drone, which occurred through a USB radio dongle.

Thomas Castner led the programming in MATLAB, the language used by the 3D imaging capture software, which Jones and Haren Ramani then worked to translate into C, the drone’s programming language.

“One of the biggest challenges was the coding,” said Ihle. “We originally were running simulations with it, and getting those done was by far the most time-consuming project.”

Canderozzi created the drone cage, composed of 3D-printed bumpers that protect the propellers from coming into contact with anything—or anyone. He also led the design of the test cube where the drone was to take its test flights. Until it was ready, Jones and Bosinov did some test flights in the Edwin A. Stevens building, as well as in their apartment. (They’re roommates.)

By the time they finished the protective cage, cities in the region started issuing ominous warnings about Covid-19. “Going off campus to get supplies we might've needed was becoming more difficult,” said Ihle.

“Up until the last week, we were trying to get the 3D-positioning system for the drone itself working,” said Jones. “That would have enabled us to actually produce some test flights, which would have been a proof-of-concept.”

They were in the lab for hours on end. One night, they decided to pack it in and start fresh the next day. And that’s when they got word that campus was shutting down.

“We lost all of our hardware testing that we were planning on for the whole year,” Ihle said. “Once it gets to that point, to pivot right off that is kind of difficult.”

They quickly had a Zoom meeting with Jafarnejad Sani to figure out how to salvage their senior project. Jafarnejad Sani suggested they use a high-fidelity drone flight simulation software to test their creation. These are used by pilots training how to fly drones and, in some cases, actual planes. The team chose one called AirSim Drone Racing Lab. These simulations will be part of a final report and presentation due in early May.

COVID-19 may have rerouted their senior design programs, but it hasn’t disrupted their plans after graduation. Jones and Bosinov are enrolled in an accelerated master’s program, so they’ll head into graduate school at Stevens. All the mechanical engineering students have accepted jobs. Canderozzi, for example, will join Mott MacDonald, a global engineering, management, and consultancy firm.

In terms of testing their design in the real world, the drone would need to be enlarged, which poses challenges for 3D scanning quality. “The drone has to be as stable as possible in the air because the video quality is super important for generating the 3D model,” said Canderozzi. “So the bigger the drone we have, the more stable it should be.”

A larger model might also be subject to air control regulations. “When you scale up, you run into regulations with the FAA,” says Canderozzi. “Where our school is located in Hoboken, we’re sandwiched right in between New York City and Newark, between three major airports, so Hoboken is a big no-fly zone for outdoor environments. Our project does have the possibility of scaling up. It's just that you run the risk of running in some more red tape that you'd have to cut through.”

Beyond regulations, the potential uses are intriguing, especially if a small swarm of drones were employed simultaneously. It’s an idea that’s far down the line, but it could work. “Instead of having one drone rotating around it, you could have maybe four or five, and then they don't have to do the entire circular path,” said Jones. “As long as they're all capturing the video, the program should be able to stitch all the videos together.” 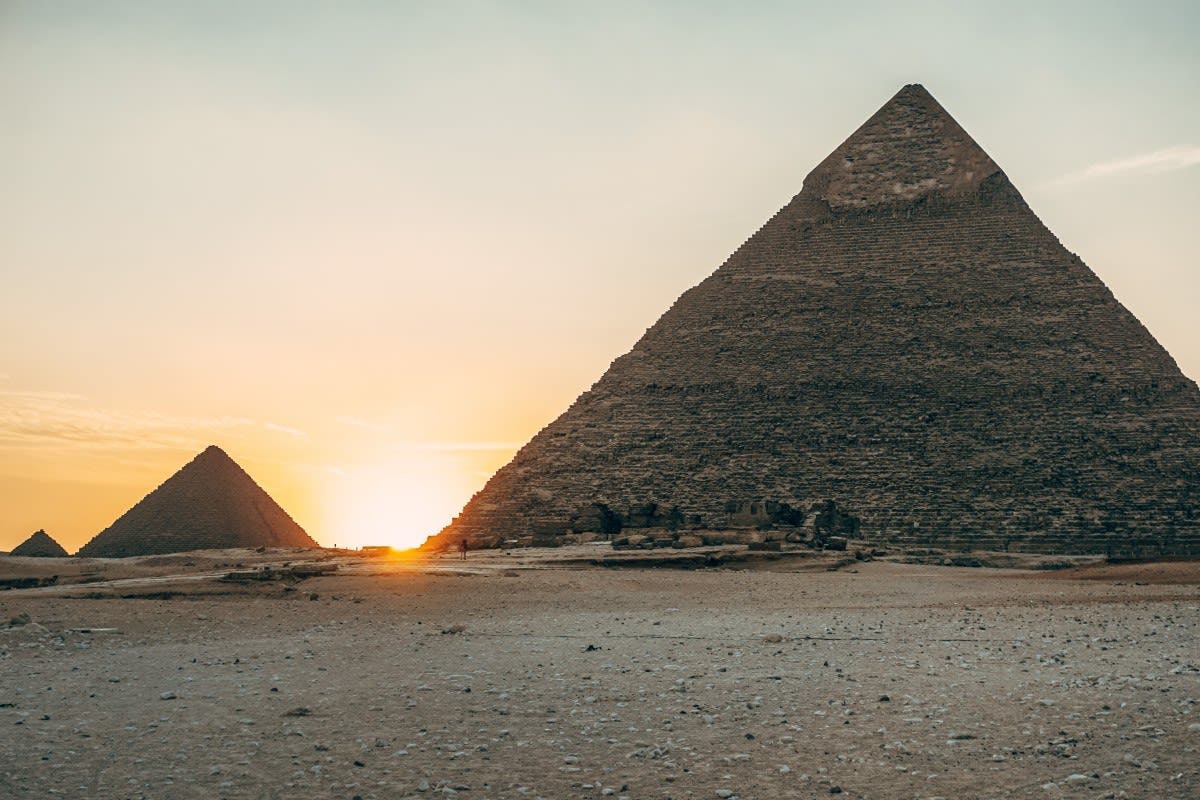 “One of the things that I really thought was cool about this project from the start was that this would be really great for historical preservationists,” says Canderozzi. “If you want to take the Pyramids, for example—something that is still standing today but constantly faces environmental issues of erosion and things like that—you could essentially scale up to something of that size and create a 3D model of something that is historically really cool and really important. And you could still see that hundreds of years, thousands of years down the line in a 3D model.”