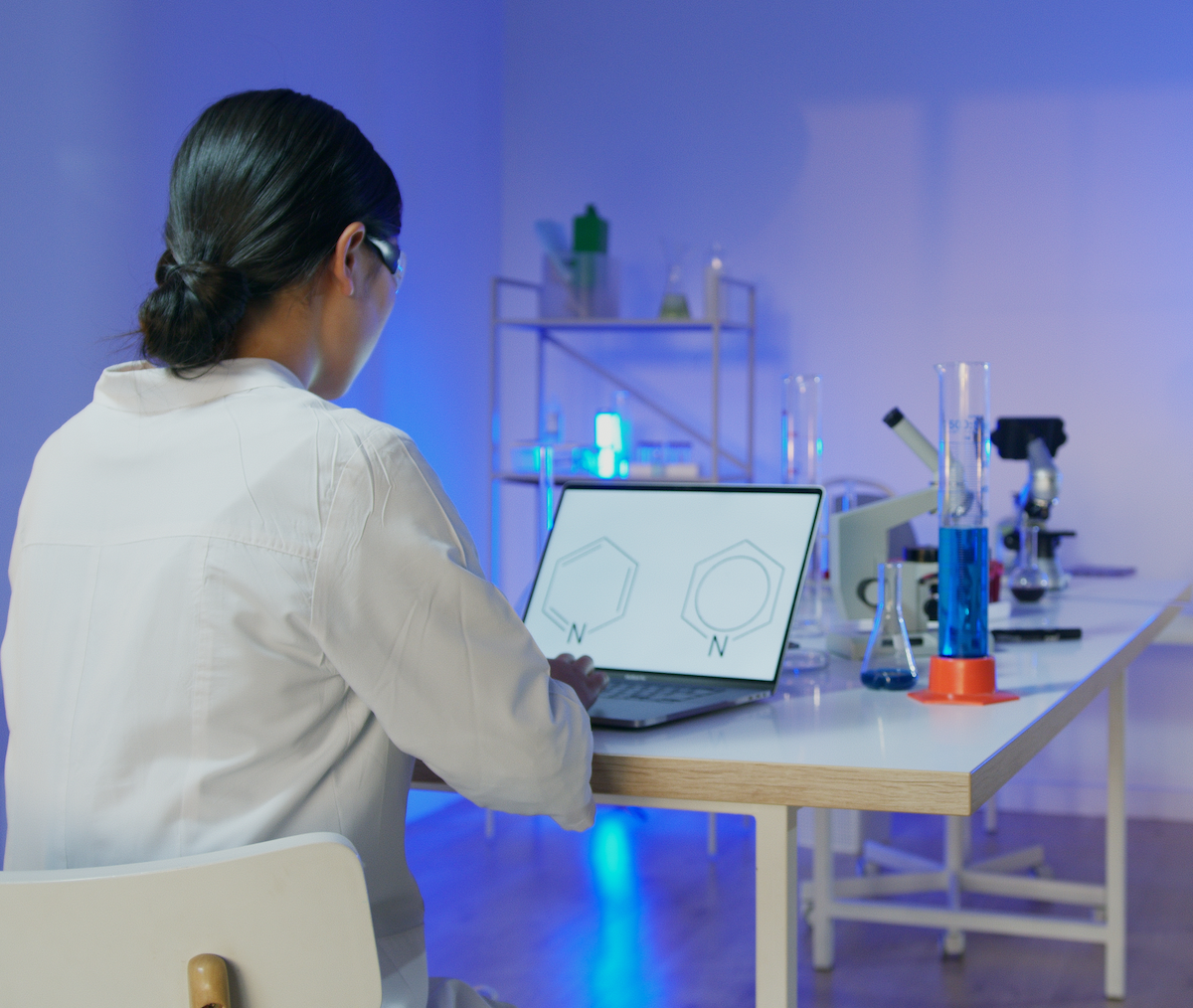 Scientists have made large strides in deciphering the many chemical processes that happen all around us, from vital reactions in human cells such as metabolizing carbohydrates to how ancient plankton and plants in the sea become crude oil.

But some of these chemical processes are too fast to observe, too difficult to decipher the precise steps of the process or the changes take place at a very small scale. To reveal these hidden processes, some scientists have turned to computational chemistry, which uses computers to model or predict these reactions, and quantum chemistry, which explores reactions at the scale of atoms, electrons and molecules.

In one recent project, Professor Yong Zhang in Stevens Institute of Technology’s Department of Chemistry and Chemical Biology harnessed the powers of computational and quantum chemistry to help elucidate the exact steps of an important biochemical reaction that happens in the human body after a team of researchers were only getting indirect signs this reaction was happening.

“This is the first demonstration of the reaction process in a biological environment – so it’s very significant. But it’s not a straightforward reaction. There were only hints this was happening. My role was to give more definitive information on how this process unfolded,” said Zhang, whose work focuses on developing and applying computational techniques on molecular and biomolecular systems such as in biomedicine, sustainable chemistry and other fields.

This collaborative research resulted in the paper, “Stepwise nitrosylation of the nonheme iron site in an engineered azurin and a molecular basis for nitric oxide signaling mediated by nonheme iron proteins,” which was published in the journal Chemical Science in March of this year. The lead author is Assistant Professor Shiliang Tian at Purdue University. Besides Zhang as a co-corresponding author, the other Stevens co-author is postdoc Rahul L. Khade, who works in Zhang’s research group.

Previous studies have shown that molecular compounds called mononitrosyl and dinitrosyl iron complexes are products of these reactions. But researchers did not have a clear view on the exact steps between NO reacting with nonheme iron proteins and then the formation of the ending products, the mononitrosyl and dinitrosyl iron complexes, specifically {FeNO}7, {FeNO}8 and {Fe(NO)2}9.

The research team plunged into this problem via numerous experiments in the lab and then succeeded in unveiling the mechanism, which they indirectly verified through a number of techniques such as spectroscopy, a technique to identify different types of matter. They discovered that after NO reacts with nonheme iron-binding proteins, {FeNO}7 is produced and then {FeNO}8 formation happens and then finally {Fe(NO)2}9.

But the reaction is so fast that the detailed steps and their associated products were still not quite clear. That’s where Zhang’s contribution came in. His research lab used the technique of density-functional theory (DFT) to elucidate this mechanism. DFT is a quantum mechanical modeling technique that is often used in computational chemistry to characterize molecules and reactions.

Through DFT calculations and computer modeling, Zhang and his team were able to develop the most optimal, most likely reaction pathway of what happens when nonheme iron-binding protein reacts with NO.

“From the starting point of the experiment, we can design all possible pathways that may happen in the reaction,” said Zhang. “We do this by modeling in 3D of a reaction pathway and where atoms bond to certain locations. We then compare data from the lab experiments to see which reaction pathway fits the best.”

Besides characterizing the exact steps of the mechanism, Zhang’s computations also were used to detail the atomic level structures of the NO-containing species, the mononitrosyl and dinitrosyl iron complexes, down to the electron.

“The experimental studies from my collaborators alone could not decide the spin state of an important {FeNO}8 product (regarding how electrons are paired or distributed in the system, which could dramatically alter the system's electronic behavior and reactivity),” he said. “The experimental work alone also could not distinguish between {FeNO}8 and another molecular complex, {Fe(NO)2}8, but our computational results provided clear evidence to decide the chemical identity of the molecule that researchers were looking for in their experiments.”

“Quantitative agreement is not easy to achieve, between computational results and experimental data,” Zhang continued. “It’s really important to emphasize that we were able to do that here, which builds a solid basis for the final prediction of this significant biochemical process.”

This research is quite foundational and does not have a practical application in the near future, but shedding insight on this vital biological process may pave the way to new treatments and medication, said Zhang.

“This type of research is exciting,” said Zhang. “Not only does it advance the biochemical research but it’s also a good example of what could be achieved to help bench chemistry with computational and quantum chemistry.”