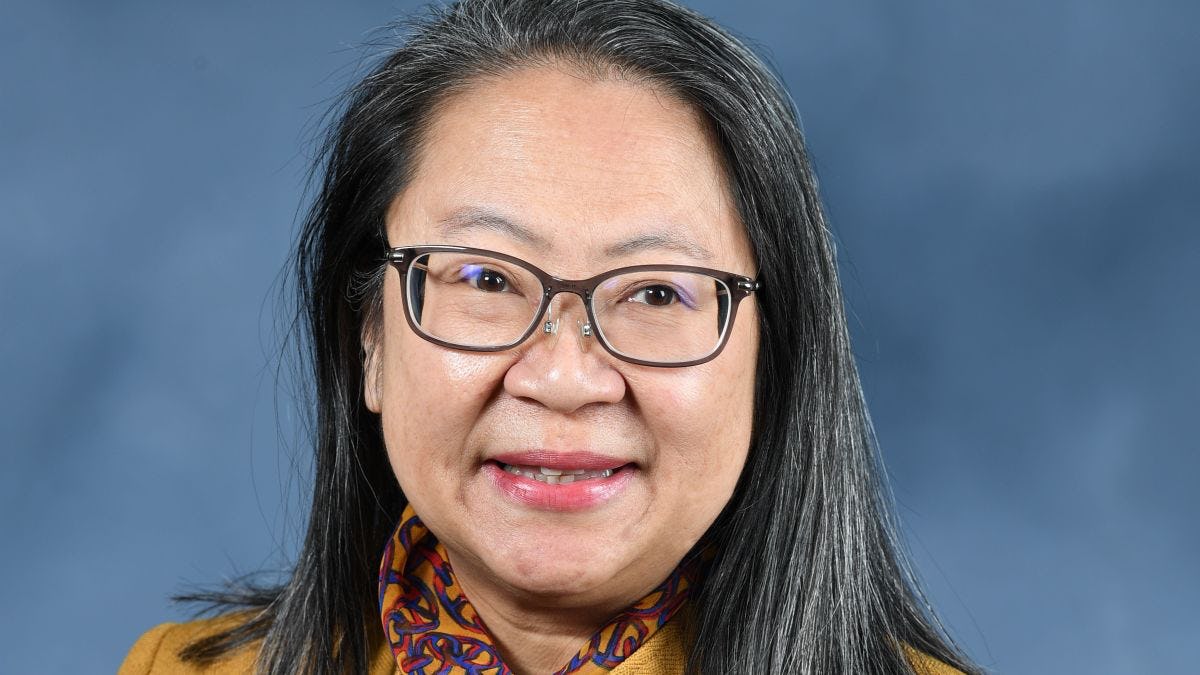 As an Agile Coach for Lockheed Martin, Tuyet-Hanh Schnell ’91 teaches the company’s employees how to engineer sustainable capacity. She also inspires others through her involvement at Stevens and with the Society of Women in Engineering (SWE). In 2021, Schnell was recognized with the SWE Local Legacy Award.

It’s hard to imagine Tuyet-Hanh Schnell ’91 as a shy high schooler, but that is how she describes her teenage self. “I was so quiet back then,” she recalls. “But in my senior year I decided to try out for our school’s production of Man of La Mancha. I got a bit part as a prisoner. I yelled as loud as I could when it was time for my character to be dragged away by guards. I guess you could say I found my voice!”

The summer before junior year, Schnell had attended a summer program sponsored by the U.S. Army at Fort Monmouth. “There were classes at Brookdale Community College and field trips to colleges and engineering facilities,” she says. “I was good at math and science. I told my guidance counselor that I wanted to study engineering, and she put me in touch with a young woman from my high school who was enrolled at Stevens. I visited the campus and fell in love!”

By this time Schnell was ready to start blazing a few trails. When she learned that her freshman year coincided with the launch of Stevens’ new Cooperative Education (Co-op) Program, she signed up. “Not everyone wanted to stay another year, but I saw it as an opportunity get a head start on my career,” she says.

As a result, Schnell graduated with real-world experience at Vista Research, Georgia Tech Research Institute, and GE Astro Space. She also managed to complete a minor in British and American Literature.

“Stevens offered a lot of opportunities to try new things and to lead,” Schnell says, noting that she was president of the Stevens chapter of the Institute of Electrical and Electronics Engineers (IEEE) and business manager for the Glee Club. She was also active in the Drama Society, the Vietnamese Students Association, Stevens Christian Fellowship, and four honors societies. In her sophomore year, she landed the role of Rosa Budd in the Stevens production of The Mystery of Edwin Drood.

“I learned a lot from those experiences – how to budget, how to deal with vendors – real world skills,” she adds. “At Stevens, you could take risks in a safe environment. Everyone knew everyone, and the professors were always ready to help. One professor encouraged me to try out for a part in the Broadway production of Miss Saigon, and would have helped me get to the audition, but calculus finals were scheduled for the same day.

”Broadway may have missed out on a bright star, but the STEM world gained a leader who is dedicated to inspiring others, especially women, to pursue science and technology careers.

Over a 30-year career at Lockheed Martin, Schnell’s roles have ranged from digital design to writing firmware to building application software. Today, she is an Agile Coach at the company, teaching employees throughout the Rotary and Mission Systems Business area how to break projects down into the smallest possible components, testing and fixing as they go. “When you build capability in small pieces like that, you end up with a better end result,” she explains.

Schnell loves that her career at Lockheed Martin allows her continuous opportunities to learn. “There is something new every day,” she says. “Since 2018 I have been working on a project that involves building a brand-new class of Aegis destroyers for the Japanese navy. Lockheed Martin is providing the combat system for these ships. I have been able to travel to Japan to work with the Japanese shipbuilders and crew. It has been really rewarding.

”When the Stevens Co-op office learned about Lockheed Martin’s ethics training program, they connected with Schnell who brought the program to campus. “It was set up like a game,” she says. “It was a fun way to engage students in conversations about ethics. We covered challenging questions related to technology, relationships with employees and customers, and more. The students learned a lot about how to evaluate a situation to decide what the most ethical course of action would be.”

Schnell’s presence on campus has included a return to the stage for special concerts celebrating William F. Ondrick’s 44th year directing the Glee Club and the 40th anniversary of Stevens’ enrollment of women. The Class of 1991 also sees her in the role of an Alumni Class Vice President and reunion planner.

Schnell continues to inspire women in STEM through her growing involvement in the Society of Women Engineers (SWE). In 2021, Schnell was awarded the organization’s Local Legacy Award for her contributions to the SWE and to the engineering profession.

This once-shy STEM wiz found her confidence at Stevens, and she encourages today’s students to do the same. “Take advantage of all that Stevens has to offer,” she counsels. “Join clubs, take a minor, do community work – do things that will help you explore the different pieces of who you are, and who you will become.”