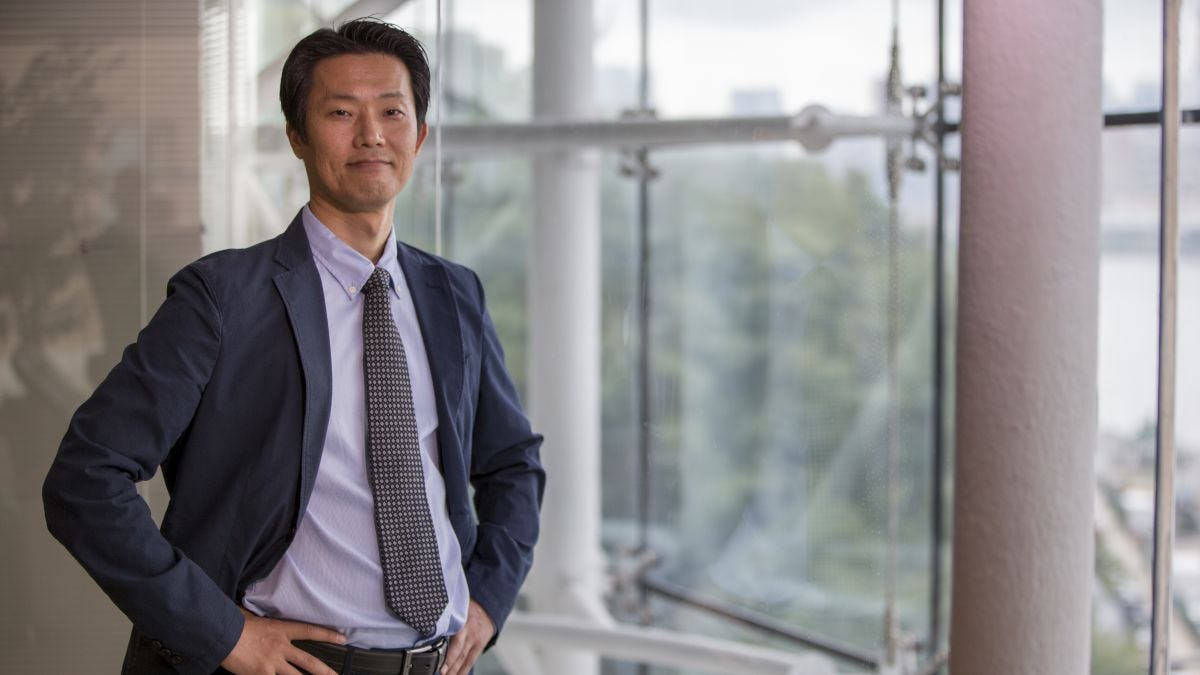 "When you go down to the nanoscale, so many things change," says Dr. Eui-Hyeok "EH" Yang, a professor of mechanical engineering at Stevens Institute of Technology. "At the nanoscale, the world does not behave in quite the ways we are used to. Gravity, for example, has little effect, however intermolecular forces play a large role when an atom nears its neighbors. The force itself is the same, but the effect is different at this different scale."

Because materials at the nanoscale respond differently to forces like energy and gravity, they have major real-world applications for everything from space research to solar energy.

Yang has been initiating undergraduate students into the nanoscale for several years, helping them rethink much of what they thought they knew about physics, mechanics, electronics and photonics. "Some of my students haven't taken a mechanics course," says Yang, "so I explain the basics of mechanics, and then I explain the mechanics of what can happen at the nanoscale."

"Most undergraduate students aren’t exposed to nanotechnology unless they pursue graduate school. Now, in my class, they realize, 'Wow, this is cool! I’m interested in this.'"

Yang’s students in the classroom and the Nanomaterial Growth and Nanofabrication Lab are eclectic, with backgrounds ranging from chemical engineering to computer science to mechanical engineering. The goal of Yang’s efforts in both are to expose students to careers and academic research involving nanotechnology by incorporating classroom-learning, lab-based learning and first-hand mentorship.

"He was a big part of creating an interdisciplinary nanotechnology course that was hands-on," says mechanical engineering Ph.D Anthony Palumbo. "We had a lot of fun working in the lab as undergraduate students."

Palumbo now works with Yang in synthesizing flexible sensors that move with a person’s skin and can help track everything from pressure ulcers to glucose.

Students working in the Nanomaterial Growth and Nanofabrication Lab.

From NASA to nano

Yang’s passion for pioneering new materials that push the boundaries of conventional materials originates from the eight years he spent at NASA’s Jet Propulsion Laboratory, where the mantra was "better, faster, cheaper." One of the projects he worked on was a giant, lightweight mirror that would automatically expand in space when activated, allowing for high-resolution imaging.

Thirteen years ago, Yang decided to switch gears, joining Stevens so he could focus on the emerging world of nano. Yang's lab is currently focused on the synthesis of 1D and 2D nanomaterials, as well as future material systems that could store and transmit energy far more efficiently. One of the most promising materials is smart polymer that attaches oil and repels water on-demand. Yang is developing it to clean up oil spills. "Think of it like a surface-level Roomba for the ocean," he says. Yang spoke about this, along with his research on 1D and 2D materials, when he was invited to give a plenary lecture entitled "2D Materials, Flexible Electrodes and Surfaces" at the 2018 ASME International Mechanical Engineering Congress and Exposition.

Aside from innovative research opportunities, Yang also realized that he had much to share about the lessons he learned in his research and life. His number one rule? Don’t police the research and learning process. "It’s easy to say, 'Have you done this yet? Have you done that?'" he says. "Junior faculty already feel the pressure. They’re already trying hard. You need to instead encourage them and help them."

Yang mentors young scientists over lunches, in classroom and lab discussions and through his increasing involvement in the American Society for Mechanical Engineers and the Institute of Electrical and Electronics Engineers. And he’ll generously takes the time to offer feedback on students’ papers, even when he’s not involved in the research.

He stresses to his mentees to keep an open mind, and to maintain interest in a wide range of research and disciplines. The future often doesn’t go as planned, he points out: "I never even imagined I would be a professor."

Keeping an eye on the horizon

For Yang, the best part of mentoring is "becoming a friend" to the students and junior faculty he mentors. "There's a two-way benefit. They help me in many ways. I learn so much from them."

He takes great joy in seeing the students and junior faculty he’s formally and informally mentored over the years become rising stars. "It’s a real privilege. One day I’ll look back and realize all these people I’ve mentored over lunches, in discussions in the lab, they’re stars. I’ll think, 'What do I have to offer you now?'"

"He cares about his students, both from a professional and personal level," says Palumbo. Every year Yang invites his students for Thanksgiving dinner, and he invites his students to think big, beyond their immediate research problems, Palumbo says. "He is really on top of what is the state of the art of research. He keeps his eyes on the horizon, what’s coming."

Yang currently has 16 patents issued or pending and was named last year as a National Academy of Inventors Fellow, the highest professional distinction for academic inventors.