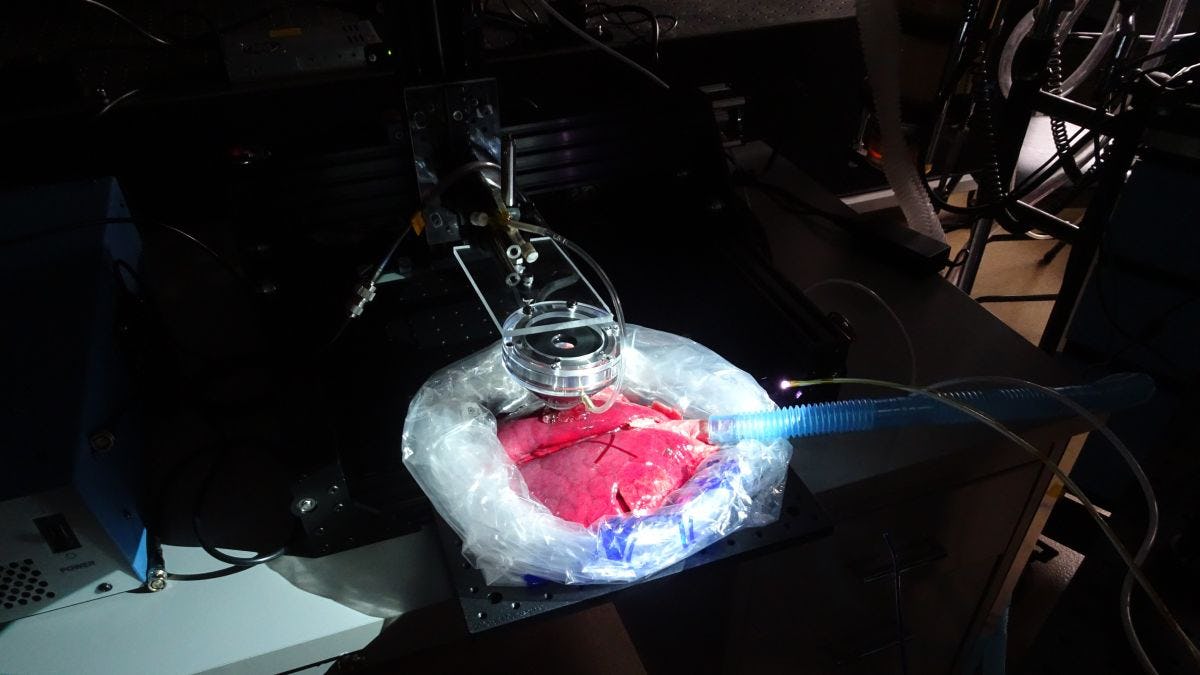 For the 210 million people worldwide with chronic respiratory conditions, progressing to end-stage lung disease—the point where lung function becomes seriously impaired, causing breathing difficulties, fatigue, and confusion—means the only clinical option is lung transplantation. Many of those patients face long waits due to a critical shortage in donor lungs. A staggering 80 percent of donated lungs are simply not suitable for transplantation.

Jinho Kim, assistant professor of biomedical engineering at Stevens Institute of Technology, hopes to change that. “Our group is working on donor lung regeneration,” Kim explained. “Our goal is to fix some of the rejected lungs using tissue engineering techniques so we can increase the number of lungs that can be transplanted.”

So, why are so many donor lungs unusable in the first place? Most donated lungs come from people on life support whose brain function has ended. Since these patients are lying on their back and can’t clear their airways by coughing or swallowing, stomach fluid can easily enter those airways and damage the delicate tissue. A key component of the life support apparatus—the positive air ventilator, which pushes air into those patients’ lungs—can also injure those airway tissues as it expands and stretches the lungs like a balloon.

It’s a conundrum for medical providers that has prompted some experts to call organ shortage “among the greatest crises facing biomedicine today.” They say solving that deficit would yield “public health benefits on par with curing cancer.”

Kim has been working on that high-stakes problem since he began his postdoctoral training at Columbia Medical Center in 2013 in Professor Gordana Vunjak-Novakovic’s laboratory. There, he began looking at the lung’s airway surface cell layer, or epithelium, which can be easily injured by inhaled stomach fluids or by a prolonged ventilation support. As it turns out, this is the population of damaged cells that renders a donated lung unusable, so fixing those cells could solve the problem.

“Our approach is to remove those damaged cells and then replace them with healthy airway epithelial cells so the tissue function and overall quality of the donor lung can be improved—so it can be transplantable,” Kim explained. And the cells Kim plans to use for re-celling human lungs are special.

“One of my collaborators [at the University of Southern California] can produce lung stem cells from a person's blood—stem cells that can become his or her own airway epithelium,” Kim said. That ability to morph into specialized cells gives stem cells their valuable function. It’s how humans grow and repair living tissues. And, in the case of damaged donor lungs, re-celling with stem cells could recoup some of the lung’s function.

Those new airway cells don’t even need to fix the donated lung completely. A healthy person requires only about 20 percent lung function in order to push oxygen into the bloodstream and pull out carbon dioxide. Kim thinks it’s possible that a re-celled donor lung with a 20 percent improvement in gas exchange capacity could be usable—and maybe even eek out a bit more improvement once it’s implanted and functioning within the recipient’s body.

There’s another benefit to his technique, too. “If the cells are replaced with the recipient's own cells, the lung becomes a little bit more like the recipient's own lung,” Kim explained. “So that may help [reduce the amount of] immunosuppressive medication [patients] have to take.” That could minimize the side effects of those drugs and set up patients for a smoother transplantation experience.

In the Kim lab 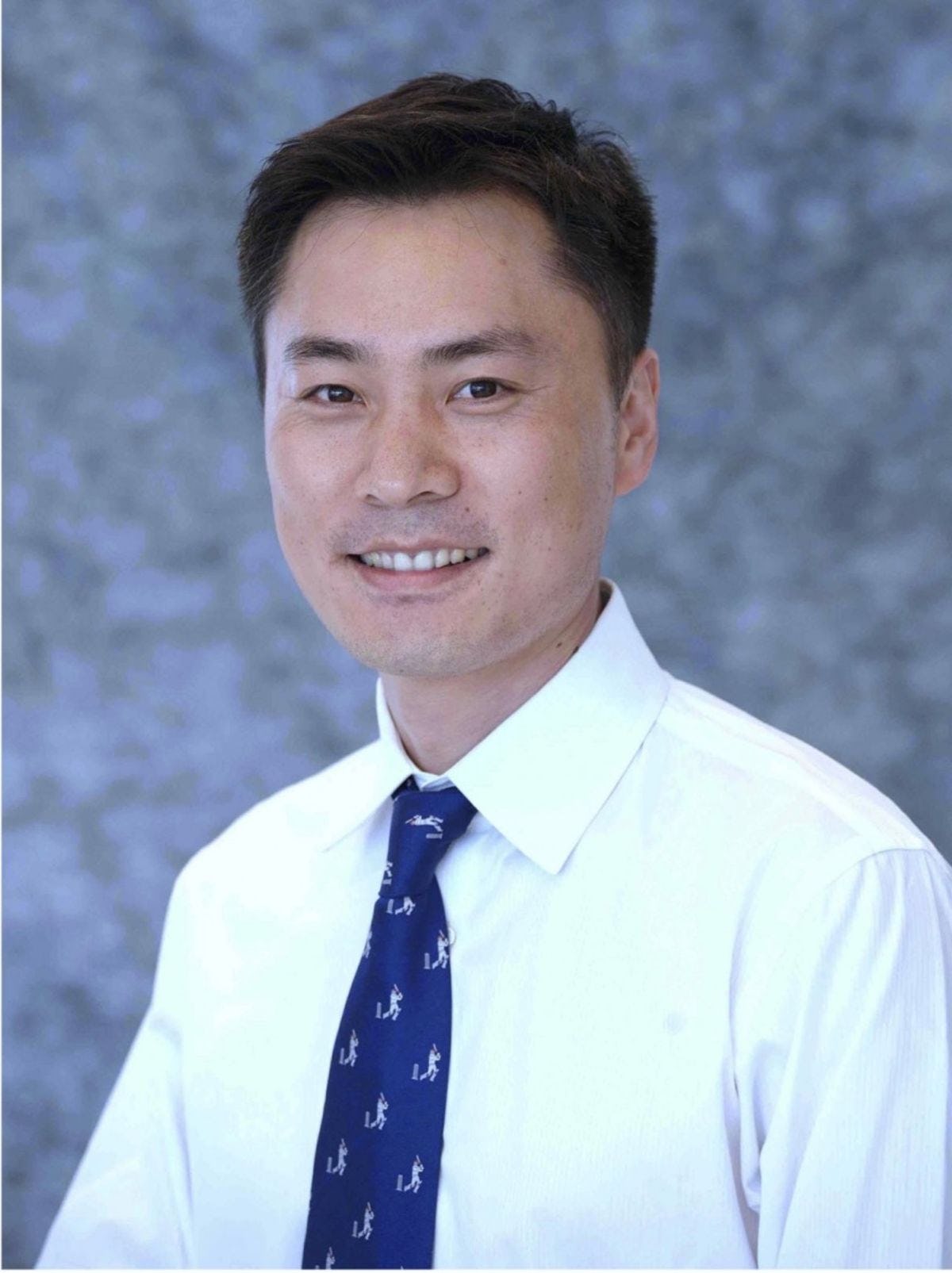 This cell-based reconstruction of donated lungs is a complicated undertaking. The lung has a complex branching structure, so removing as well as delivering airway cells in the right location within the lung is a challenge. Fortunately, Kim has an engineering solution for his engineering solution. He built a robotic bronchoscope—an automated version of the instrument doctors use to look inside a patient’s airway and collect lung tissue samples, remove mucus, or introduce medicine. And it turns out, it’s also useful for delivering or removing those biochemical materials or cells more accurately.

Kim hopes to work out the kinks in his bioengineering technique within the next five years. At this point, he’s using tiny rat lungs and the occasional pig experiment. Fortunately, thanks to its proximity to the Stevens campus, Kim can collaborate with researchers and lung transplant surgeons in Vunjak-Novakovic’s laboratory, which houses a pig lung model and human donor lungs that were unsuitable for transplantation and rerouted for research.

As a first-time independent investigator, a big draw to Stevens was the student quality—including two newly-recruited Ph.D. students to the Kim lab—and the chance to enjoy a good balance between teaching and focusing on his research. Kim’s work on lung regeneration has received attention from the American Thoracic Society, who presented him with the 2019 Science and Innovation Center Abstract Award, which recognizes the most innovative and promising research summary, and, later that year, a pulmonary research grant. “I didn’t really expect these awards, actually,” Kim said with a laugh. “But I was very happy.” This year, Kim is focused on publishing papers, securing additional grants, and of course fine-tuning his lung regeneration technique. For the more than 1,300 people on the U.S. waiting list for a donor lung right now, that work could make all the difference.