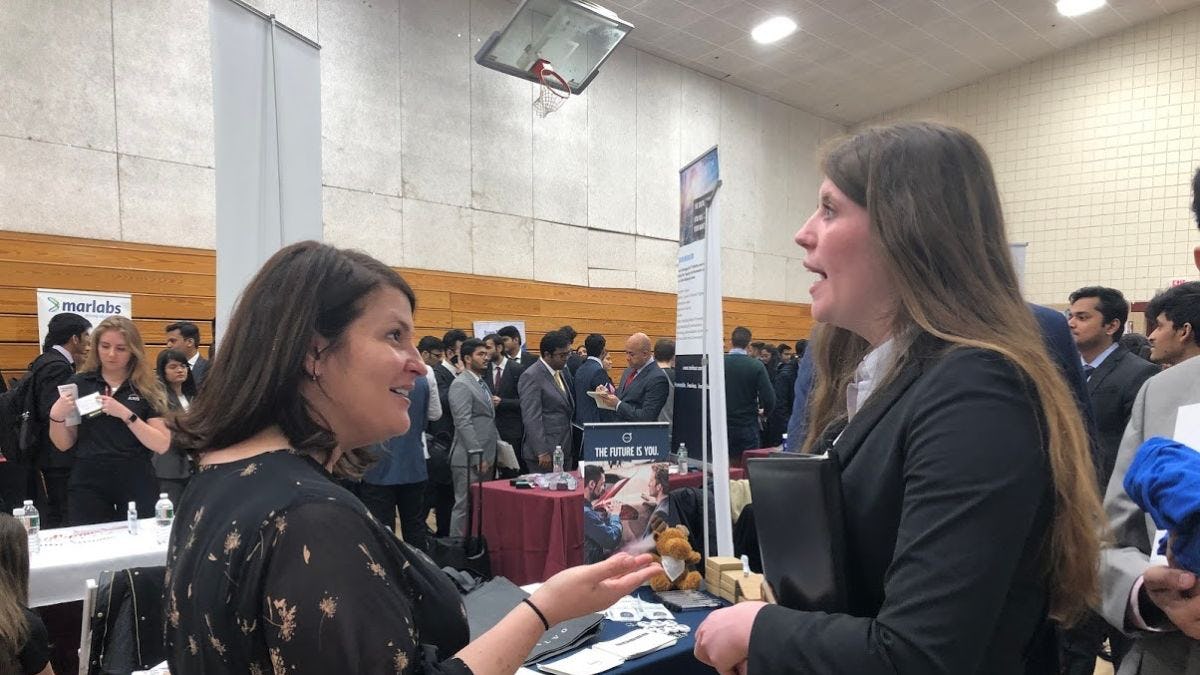 The attendance of so many repeat employers at the Spring 2020 Career Fair, including ADP, EY, Johnson & Johnson, KPMG, Merck & Co., PepsiCo and Weiss-Aug, was an impressive reminder of the strong demand for Stevens know-how in the corporate world.

“Companies recruit from Stevens time and time again. They want Stevens students because the Stevens students they currently have are proving their value to their companies,” remarked Joyce Pegler ’18, a business analyst at Scholastic. 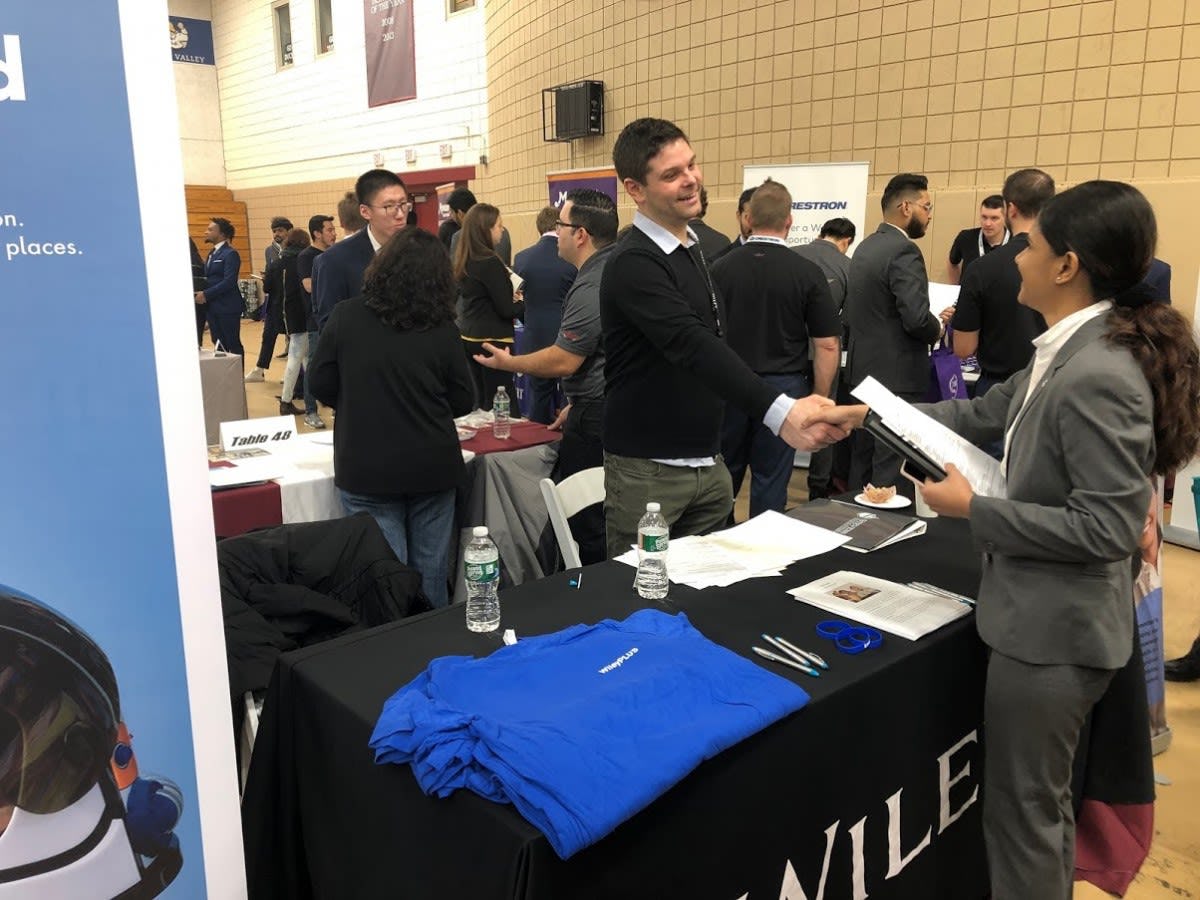 Peter Jeffrey, an early career recruiter for Wiley, located just down the street from the Stevens campus, said the publishing powerhouse was looking to fill 55 internships just in Hoboken alone.

“We have a wide variety of intern programs in marketing, data analytics, finance, HR, legal, technology,” he said.

Many Stevens students have as many as three summer internships prior to graduating, a level of internship placement that has led The Princeton Review to rank Stevens among the top 15 schools for internships in 2020.

And the importance of the kind of experiential learning that students acquire, combined with the technology infused education that Stevens is known for, was underscored in the most recent outcomes report which showed that 96% of the Class of 2019 achieved employment, admission to graduate school or other first destination outcomes six months after graduation.

“Employers who recruit from Stevens for full-time positions know the caliber of our students and their potential to contribute to their companies in significant ways and want to identify that talent early on through their internship programs,” explained Lynn Insley, executive director of the Stevens Career Center.

Recruiters like Jeffrey affirmed that view of Stevens recruits as great long-term investments for their companies.

“We’ve definitely had success in hiring Stevens students. Our interns are going to be an important part of the team for the summer here with us. And we are looking to make a lot of conversions of our interns into full-time opportunities,” Jeffrey explained. 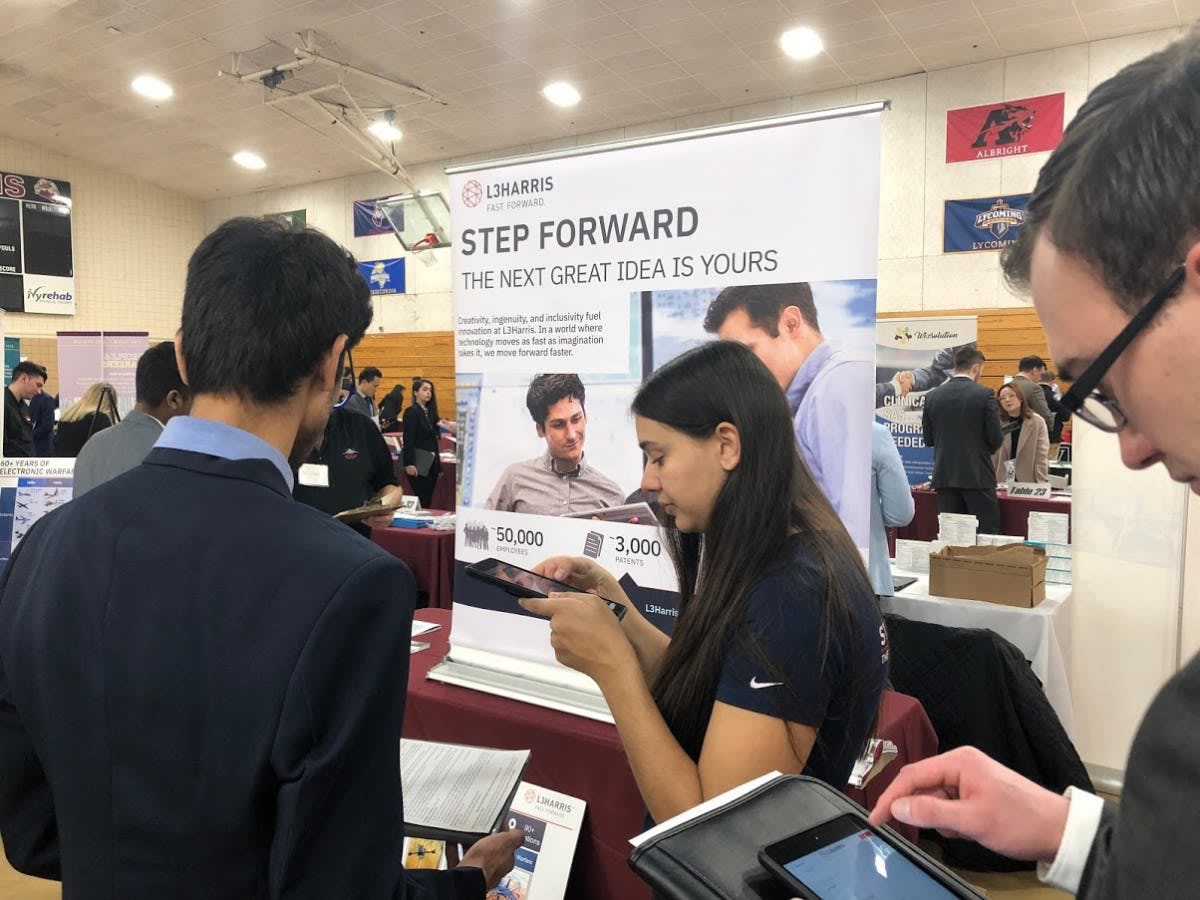 The success that so many companies experience with Stevens hires is always on full display at Stevens career fairs, with alumni overwhelmingly representing many of the companies in attendance. This year’s spring career fair was no different.

Alumni like Julio Martinez '02 M.Eng. ’04 actively contribute to their companies’ strong ties to their alma mater by participating in Stevens recruiting events year after year.

A systems engineering manager for L3 (now L3Harris Technologies), Martinez has been coming to Stevens to recruit on behalf of his company for the past five years.

Alumni have also advocated for their companies to participate in recruiting events at Stevens. Recruiting on behalf of Mondelez International Inc., business development manager Michele Wright ’93 and product change manager Michael Huang ’13, took the initiative to push for the company to attend this year’s spring career fair for the first time.

Wright, who has been at Mondelez for about a dozen years, says that she has witnessed her industry change, and with that the demand for the kind of technology skills that Stevens students graduate with increasing over time.

“As the landscape changes, and snacking changes, we have more need for data analytics, industrial engineers, mechanical engineers, process engineering and supply chain experience. So quite a wide variety.” 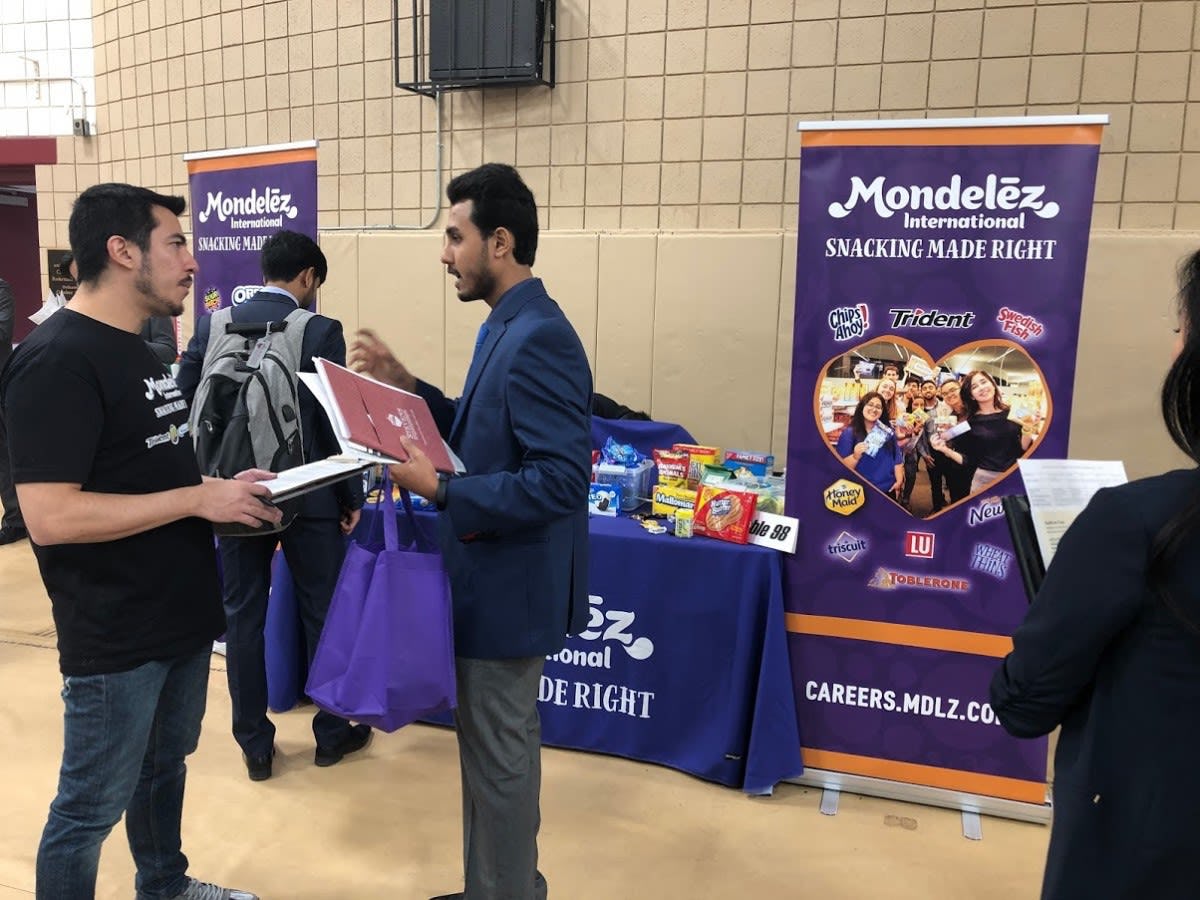 She adds that Mondelez is seeking to fill summer internships but also looking into Stevens’ highly regarded co-op program.

“I was a co-op student as well. And potentially our goal is to turn all of our interns and co-ops into full-time employees. So I’m trying to leverage my relationship with Stevens to get Mondelez's foot in the door for their career fairs, which is a huge win for both of us.”

To learn more about student outcomes and recruitment opportunities at Stevens, visit the Stevens Career Center.