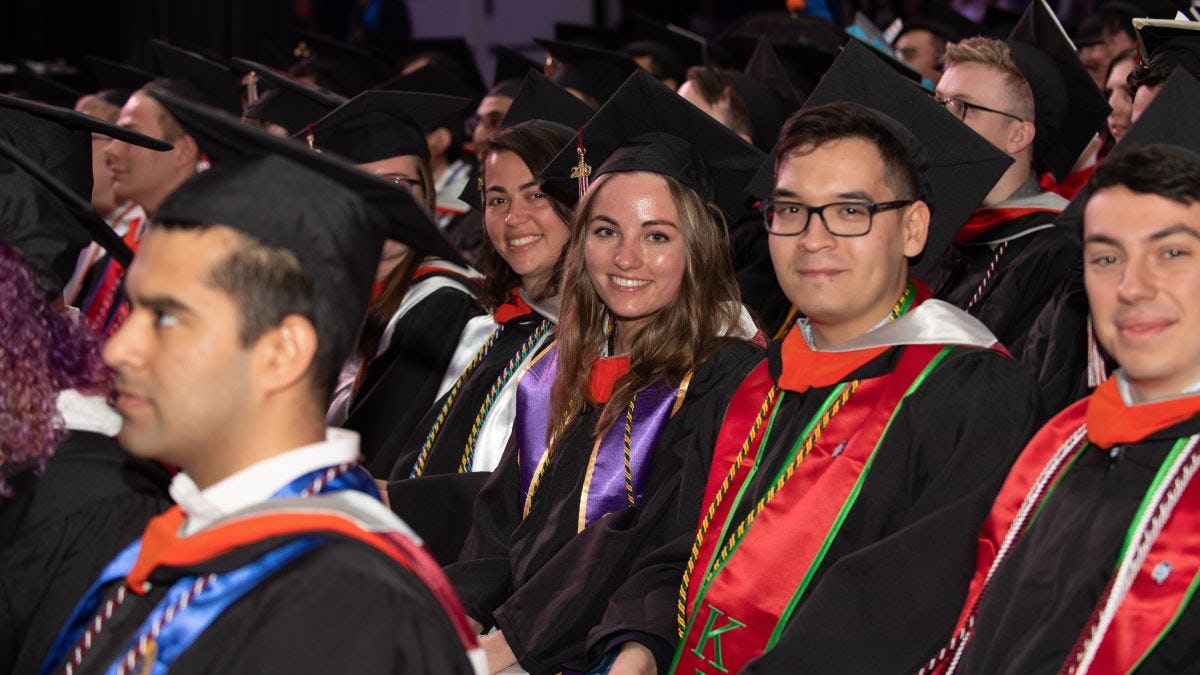 (Hoboken, NJ – Jan. 6, 2020) – In a powerful testament to the demand for Stevens talent, 96% of the Class of 2019 has achieved employment, admission to graduate school or other first destination outcomes six months after graduation, with a record-breaking average starting salary of $76,400, according to the 2019 Student Outcomes Report. Women in the Class of 2019 also achieved the record high of 99%, securing their first destinations within the six-month post-graduation timeframe.

Global corporate giants such as Google, Goldman Sachs, American Express, ExxonMobil, PwC, Merck and Prudential each hired multiple members of the 2019 graduating class. This contributed to the highest average starting salary in the university’s history – a figure that represents a 7% increase from the previous year and the highest year-over-year increase since the Great Recession.

At last year’s Commencement, 81% of the graduating class had secured their first-destination outcomes – on par with previous years.

“Graduates are starting their careers at top-tier companies across a wide range of industries including aerospace/defense, media and entertainment, business consulting, finance, and manufacturing,” said Lynn Insley, executive director of the Stevens Career Center. “The opportunities for Stevens graduates are seemingly endless as demand for employees with a technology-infused education continues to grow across all sectors.”

Internships and co-ops have proven to be especially significant, as 59% of those who secured employment did so with their internship or co-op employer. “Stevens students build their success early in their educational experience,” said Insley. “In addition, we have a loyal alumni network, provide an outstanding education and offer dynamic, experiential learning opportunities not only through co-ops and internships, but with mentored research for those who go on to graduate school.”

The report further revealed that while 71% of graduates entered the workforce, the military or returned to their home countries, 21% continued their education and pursued advanced degrees at institutions such as Columbia University, Cornell University and Massachusetts Institute of Technology. Of the students pursuing advanced degrees, 93% are seeking a master’s or doctorate, with the balance pursuing medicine or law. Overall, 85% of the class reported first-destination plans.

The most lucrative field for Class of 2019 graduates was cybersecurity/computer science, with an average starting salary of $90,200. Other fields earning above average salaries included quantitative finance, electrical engineering and computer engineering.

The latest report comes less than two months after a new report from the Georgetown University Center on Education and the Workforce, “A First Try at ROI” ranked Stevens No. 14 in the nation for return on investment 40 years after enrollment among all U.S. colleges and universities awarding a four-year degree. The report is the first to analyze the ROI of higher education at this longer time scale, revealing the value of a Stevens degree over the period of a graduate’s career.

To read the report and learn more about the success of Stevens graduates, visit stevens.edu/directory/stevens-career-center/career-outcomes.

Stevens Institute of Technology is a premier, private research university situated in Hoboken, New Jersey overlooking the Manhattan skyline. Since our founding in 1870, technological innovation has always been the hallmark and legacy of education and research at Stevens. Within the university’s three schools and one college, 6,900 undergraduate and graduate students collaborate closely with faculty in an interdisciplinary, student-centric, entrepreneurial environment. A range of academic and research programming spanning business, computing, engineering, the arts and other fields actively advances the frontiers of science and leverages technology to confront our most pressing global challenges. The university is consistently ranked among the nation’s elite for return on tuition investment, career services and the mid-career salaries of alumni.