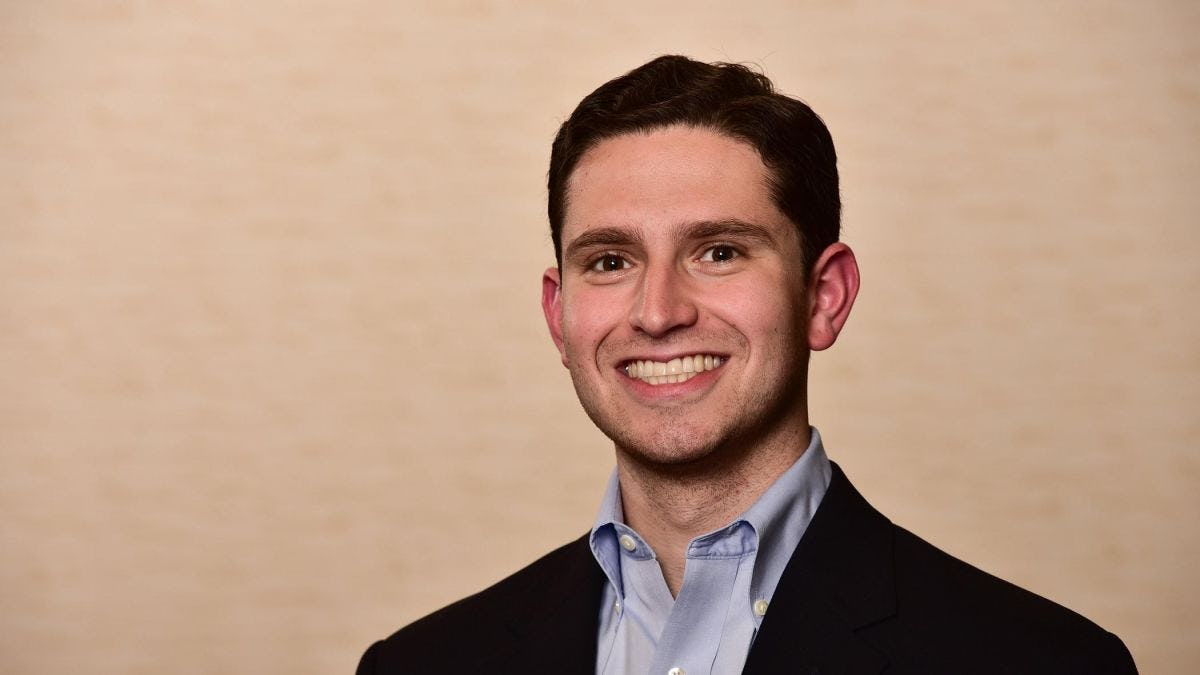 Entrepreneur, cybersecurity expert, career and life coach – Seth Kirschner ’18 has an eye for a great opportunity, and the expertise and energy to take it from drawing board to successful enterprise. Now a Security Engineer with Japanese banking giant subsidiary MUFG Securities Americas, this Stevens alum succeeds on many fronts.

Seth Kirschner ’18 was never a typical student. “I had my first internship when I was 14,” he tells us. “I loved computers, and I was a huge fan of Steve Jobs. Every day after school, when my friends were all going to club meetings and sports practices, I was working for an Apple specialist. By the time I was 16 I was refurbishing Macs.”

He also took advanced placement courses in High School in both computer science and business, and found time to help create an engineering club. He followed his sister to Penn State, choosing business as a major. After completing a summer internship for an IT provider, however, he knew he needed to switch gears.

Instead of returning to Penn State, Seth continued pursuing IT, but this time he struck out on his own. “I enjoyed the work,” he says, “but I knew I could earn more if I worked for myself. I learned a lot about starting and running a business.” He started taking classes online and at his local community college as well.

From there, all roads seemed to point to Stevens. He got to know – and love – Hoboken when his sister moved there for her first post-graduation job. Then, at a Thanksgiving dinner, he caught up with a cousin who was attending Stevens. “He told me about the business programs, and how well the graduates were doing in their careers,” Seth recalls. “I decided to visit and was really impressed by Stevens’ ties to the financial services world, technology, and so many other industries.”

“I knew I could thrive here,” Seth adds. “Stevens was just launching the Venture Center, and I was meeting successful entrepreneurs, bankers, lawyers, researchers – it was amazing.” Soon, he was building connections with fellow students and the Venture Center to bring great ideas to market. One of those ideas became Mira Therapeutics, an app that assists people who are suffering from post-traumatic stress disorder. “The app was a top 20 finalist in the Global Innovation Exchange in Beijing,” he says.

Although he spent only two and a half years at Stevens, he found time to lead StevensTHON, an annual event to benefit Children’s Specialized Hospitals. In addition, he founded Attila Entrepreneurs, served as a Business School Ambassador and Entrepreneurship Guest Lecturer, part of the Student Voices Committee, and participated in a host of other campus-based activities.

Seth was eager to take advantage of the university’s internship program as well and found himself joining a cyber risk team at Deloitte. “I didn’t know much about cybersecurity when I started,” he says. “I spent two years helping to build the company’s Cyber Technology Scouting team and I worked with clients in six different industries.”

When COVID-19 limited his ability to travel, Seth decided it was time to re-evaluate. He reached out to his mentors at Stevens and the Venture Center. They advised him to continue on his technical journey, and he agreed. Seth recently joined Japanese banking giant subsidiary MUFG Securities Americas as a Security Engineer.

Working in so much isolation these past months inspired Seth to think about how he could help others as well. “So many people are looking for direction in their careers right now,” he says, “and I have so much experience interviewing with companies – I met and spoken with over 200 employers in two years! I could put that knowledge to use helping others move their careers forward.” Demand for his services led to the launch of YourShiftForward, a career and life coaching firm dedicated to helping students and young professionals.

Still on the lookout for great ideas and eager to help fellow entrepreneurs, Seth volunteered to mentor participants in a virtual Hackathon in May, leading him to his next start-up, Maia Classroom. The new company was developing an interactive remote learning platform for K-12 students and teachers.

Seth is intent on giving back to the Stevens community. He currently sits on the School of Business’ Young Alumni Council and serves as the co-chair of the prestigious Edwin A. Stevens Society. Additionally, he works diligently to support helping the is current generation of students. “They are going through unprecedented changes, and there are no answers,” he says. “They are going to have to be even more proactive and creative.”

But if Seth was to offer one piece of advice, it would be to network. “Networking will drive your career,” he says. “Even reach out to people you think will never respond. If you don’t ask, the answer will always be no. And don’t settle for the status quo. Break social norms to make society a better place. There are tons of opportunities for change.”