Researchers Show How Side Hit To The Head Could Damage Brain, Lead To Concussion 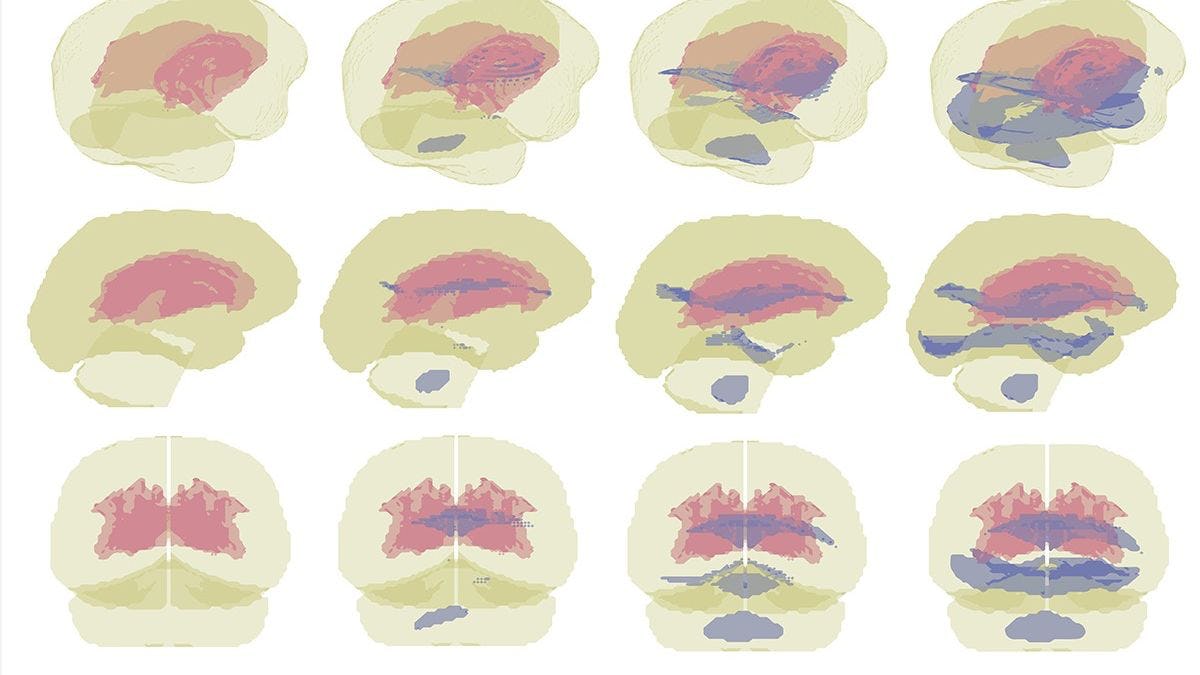 During a side hit to the head, deep white matter (pink) and structures near the corpus callosum (purple) are most vulnerable to injury.

While probing the origins of concussion, Stevens researchers identify which regions of the brain are more vulnerable to damage

(Hoboken, N.J. – July 31, 2019) – Play contact sports for any length of time and at one point or another you’re probably going to have your ‘bell rung’ by a powerful blow to the head from a hard hit or fall. Now, researchers from Stevens Institute of Technology and colleagues have bioengineered simulations that track how the brain behaves upon impact, reconstructing the inertial stresses and strains that prevail inside a brain that’s just been hit hard from the side and rotates rapidly.

The work, led by Mehmet Kurt, a mechanical engineer at Stevens who studies the biomechanics of the brain and the skull at rest and during rapid head movements, not only raises awareness of the severe, abiding repercussions of strong impacts to the head that lead to concussions, mild traumatic brain injury, neurological disorders, but also has implications for sports helmet makers in search of measurable parameters that can simply distinguish ‘concussion’ from ‘no concussion’ to help the industry set safety standards. 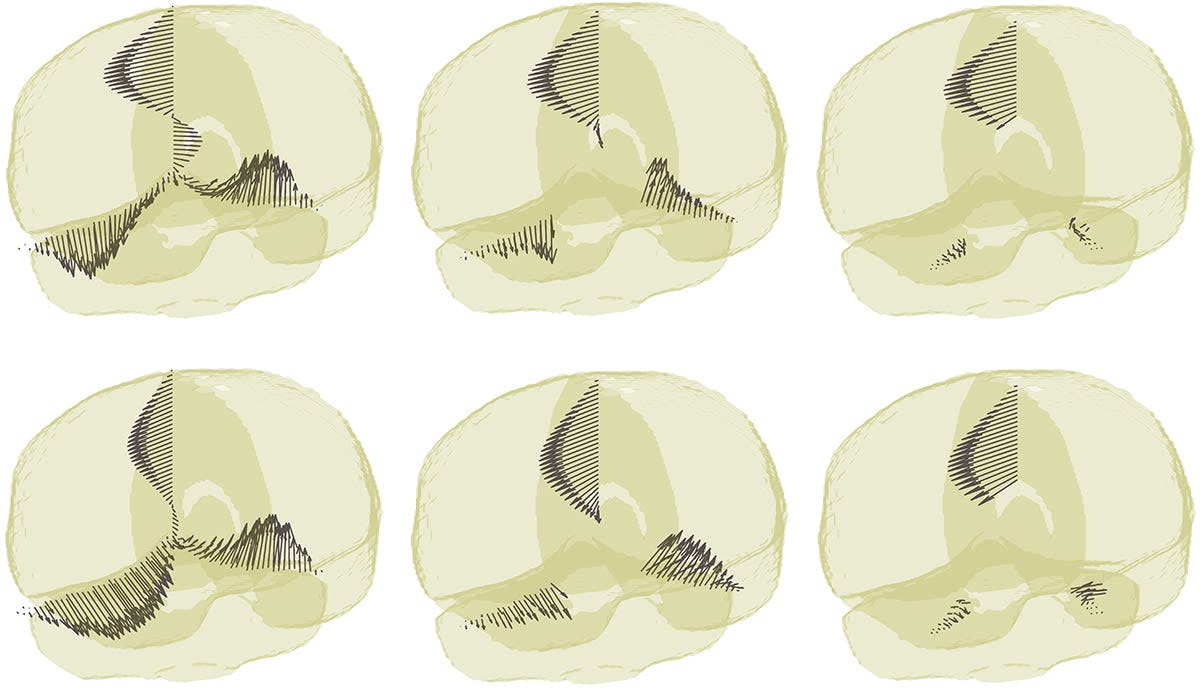 “The brain not only rings, but it has a distinct pattern of ringing when the head is hit from the side and experiences rotational acceleration,” said Kurt, whose paper appears in the July 30 issue of Physics Review Applied.

By analyzing a combination of simulated and human data of brain movement that have led to concussions, Kurt and his group, including Stevens graduate student Javid Abderezaei, digitally reveal that side impacts to the head lead to rotational accelerations that cause mechanical vibrations to concentrate in two brain regions: the corpus collosum, the bridge that links the hemispheres, and the periventricular region, white matter lobes at the brain’s root that help speed muscle activation.

Kurt and Abderezaei, with Kaveh Laksari of University of Arizona and Songbai Ji of Worcester Polytechnic Institute, found that the skull’s internal geometry and the gelatinous nature of the brain cause these two regions to resonate at certain frequencies and receive more mechanical energy in the form of shearing forces than the rest of the brain. More shear strain presumably yields more tissue and cell damage, particularly since shear, opposing motions tend to deform brain tissue more readily than other biological tissues.

“A hit to the head creates non-linear movement in the brain,” said Abderezaei. “That means that small increases in amplitude can lead to unexpectedly big deformations in certain structures. ”

These non-linear vibrations are not surprising in a complex organ featuring a range of tissue densities. Add in the restraining effects of the tough protective membranes, particularly the falx and the tentorium, that hold the brain in place from both above and below, and certain regions are bound to come off worse in side hits.

Identifying the parts of the brain that are most at hazard in side impacts makes them prime targets for further investigation in quest of insights into concussions and detailed brain behavior in collisions. Such knowledge can’t come soon enough more than 300,000 American children and teenagers suffer sports-related concussions every year.

In 2018, Kurt and his colleagues won a Vizzies people’s choice award for video showing how the brain moves at rest with every heartbeat.