Stevens Researcher Identifies How Hit to the Head Leads to Concussion 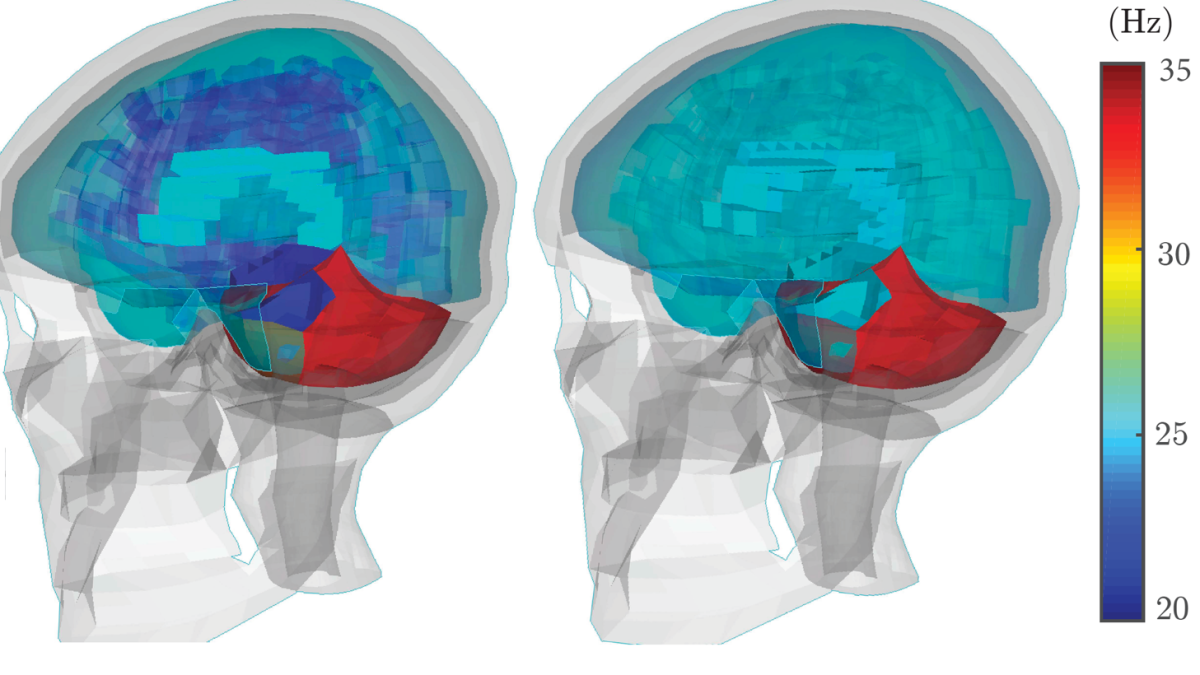 (Hoboken, N.J.) March 30, 2018 – Taking a hard hit to the head can give you a concussion, but how has largely remained a mystery. Now, Stevens Institute of Technology researcher Mehmet Kurt has found that the key difference between impacts that lead to concussions and those that do not, has to do with how–and more importantly where–the brain shakes.

The work, reported today in Physical Review Letters, could have enormous payoff in the long run, including better helmet designs and the development of technologies that can diagnose a concussion on the sidelines in real time. By better understanding the biomechanics of the brain during an impact, researchers could better diagnose, treat and prevent concussions.

"If we can have a holistic understanding of the biomechanical reasons for this silent epidemic, we can design targeted prevention equipment and develop real-time diagnostic tools for athletes," said Kurt, co-first author of the paper and an assistant professor of engineering at Stevens, whose work was selected as an Editor’s Suggestion.

As a postdoctoral researcher in David Camarillo’s lab at Stanford University, Kurt and fellow postdoc at the time Kaveh Laksari, outfitted 31 college football players with special mouthguards that recorded how players’ heads moved after an impact, including a few cases in which players suffered concussions. They then looked at shear wave propagation patterns inside the brain at different speeds and used that data, along with similar data from professional players in the NFL, as inputs to a computer model of the brain. The model allowed them, in greater detail than ever before, to infer what happened in the brain that led to a concussion.

Kurt and his colleagues found that concussions and other mild traumatic brain injuries seem to arise when deep white matter regions of the brain, particularly the corpus callosum shakes more rapidly and intensely than surrounding areas. After an average hit, the researchers’ computer model suggests the brain shakes back and forth around 30 times a second in a fairly uniform way, that is, most parts of the brain move in unison.

Complex displacement fields in the brain after an impact. CREDIT KurtLab

"In injury cases, the brain’s motion is more complex," said Kurt. "Instead of the brain moving largely in unison, the corpus callosum shakes more rapidly than the surrounding areas, placing significant strain on those tissues, which might be one of the biomechanical reasons of concussions." The corpus callosum, Kurt explained, is a band of nerve fibers joining the brain’s two hemispheres.

Although the results are consistent with empirical observations–patients with concussions do often show signs of damage in the corpus callosum–Kurt emphasized that the findings are predictions that need to be tested in the lab, either with animal or human brains that have been donated for research.

Kurt and colleagues also found that due to the mechanical complexity of the brain, there is no straightforward relationship between different bumps, spins and blows to the head and the likelihood of injury. They said that it will be important to better understand the relationship between head impacts and the motion of the brain, that is what kinds of impacts give rise to the complex motion that appears to be responsible for concussions and other mild traumatic brain injuries.

Learn more about the KurtLab.